The Kerala CM promised discussion on Section 118A, which includes jail term of up to three years for social media posts deemed defamatory. 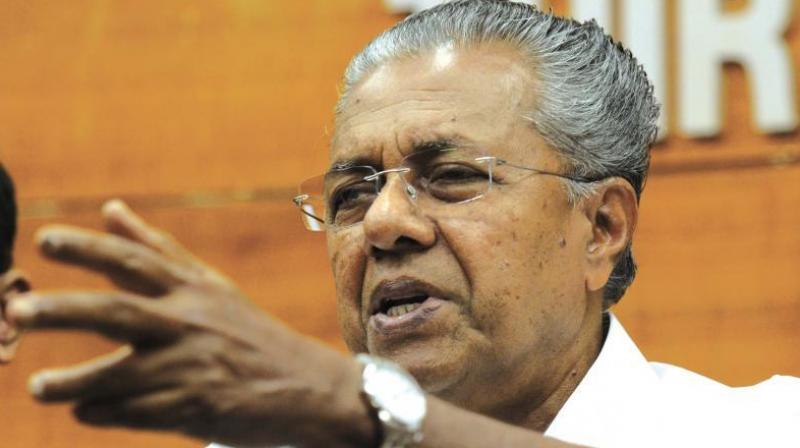 New Delhi: The Pinarayi Vijayan government in Kerala on Monday put on hold the implementation of the controversial amendment to the state Police Act, citing criticism from various quarters.

The amendment which introduces a section that deals with punishing defamatory communication would deal a severe blow to free speech, many had argued. On Sunday, in the face of mounting outrage from state opposition parties Congress and BJP, Chief Minister Vijayan had defended the ordinance and said criticism to it should not be done to settle political scores.

On Monday, however, Vijayan said his government did not intend to implement the amendment act now as even those who supported the CPI(M)-led Left Democratic Front and those who stood for protection of democracy had expressed concern about it.

“We are not intending to implement the amended Kerala Police Act. A detailed discussion will be held in the state assembly in this regard and further steps will be taken after hearing views from various quarters,” he said in a statement.

News of the ordinance had led to shock from quarters which accused the Left government of bringing legislation it purportedly claimed be have been against.

Also read: Kerala’s Draconian Free Speech Law: How the Left Strayed on the Path of the Right

Vijayan’s announcement came shortly after state Law Minister A.K. Balan said had asserted that there was no need for any concern regarding the new amendment and that “it was made in accordance with the changing times.”

“The provision was brought in with the good intention to check cyberbullying, especially against women, and not aimed at curtailing the freedom of the press,” Balan had said.

Opposition parties, journalists, rights activists and other had slammed the amendment, brought through an ordinance which many argued would undo the effects of the 2015 Shreya Singhal judgment of the Supreme Court which rendered Section 66A of the Information Technology Act and Section 118D of the Kerala Police Act in violation of the right to free speech.

As The Wire had reported on Sunday, November 22, last month the Kerala cabinet had decided to bolster the Police Act by recommending the insertion of Section 118A. The ordinance, which was approved by the state cabinet last week and signed by Governor Arif Mohammed Khan on Sunday, introduced this new section.

Like the now-read-down Section 118D, which had dealt with ‘annoyance’ caused through telephone calls and messages, the new section stipulates either imprisonment for up to three years or a fine of up to Rs 10,000 or both to those who produce, publish or disseminate content through any means of communication with an intention to intimidate, insult or defame any person.

According to state government officials, the new section is needed to deal with “crimes committed through social media”. However, existing provisions of law which cover threats or intimidation can well be applied to the same acts committed via electronic means.