People Kept Out of Assam NRC Eligible to Vote in Assembly Polls: CEC

CEC Sunil Arora, along with Election Commissioners Sushil Chandra and Rajiv Kumar had been on a three-day preparedness review visit to Assam ahead of the election. 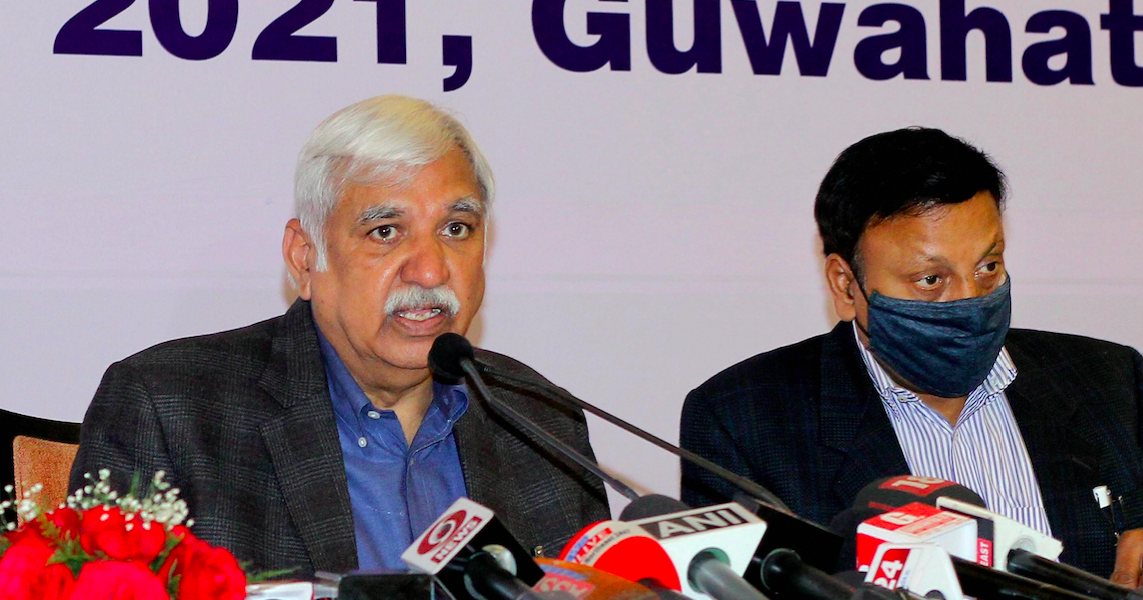 New Delhi: Chief Election Commissioner Sunil Arora on Wednesday said that people who were kept out of the Assam National Register of Citizens will be eligible to vote in this year’s assembly election as their names are already on the voters’ list, a report by Scroll.in said.

Arora, along with Election Commissioners Sushil Chandra and Rajiv Kumar had been on a three-day preparedness review visit to Assam ahead of the election and met political parties for an interaction with the full bench of the Election Commission as well.

“The home ministry notification of August 29, 2019 clearly states that non-inclusion of a person’s name in NRC does not by itself amount to him/her being declared a foreigner,” Arora was quoted as having said at a press conference in Guwahati. Arora said that this implied that people who were left out of the NRC would be eligible to vote “until a decision is taken by the concerned tribunal.”

Arora also said that the election schedule will be held keeping in mind the Rongali Bihu festival and the process will be finished before the CBSE Board exams beginning on May 4.

Rongali Bihu, also known as Bohag Bihu, is celebrated by the people of Assam to mark the Assamese New Year. It is usually observed in the second week of April with the onset of spring.

Also read: In Fighting for NRC-Excluded, Rights and Aspirations of Assamese People Cannot be Ignored

“The Bihu festival dates will be taken into cognisance and factored in while drawing up the schedule of election dates accordingly,” the CEC added.

The commission had meetings with Central Board of Secondary Education (CBSE) officials to decide on the poll schedule framework as well. The CBSE board exams are scheduled to start from May 4 and end by June 10.

The political parties had also impressed upon the commission to hold the elections with strict COVID-19 protocols and this will be adhered to strictly with the number of auxilliary polling booths increased in the state, Arora said.

The maximum number of electors at a polling station has been reduced from 1500 to 1000, he said.

Accordingly for Assam, the number of polling stations would go up by about 5,000 and likely to be more than 33,000 for the forthcoming elections, the CEC added, saying that this is in line with what parties have also asked for.

The parties had also stressed on the need for adequate security even at the remote polling stations and deployment of commensurate security personnel, he said.

If required, special observers will also be deployed in sensitive or critical constituencies or districts to monitor and ensure that elections are conducted in a totally free and fair manner, he said.

Among other issues, some representatives of the political parties wanted that the expenditure limits be hiked, electors’ photo identity cards will be distributed well in time and the timelines for publishing the criminal antecedents of candidates in media be made more realistic, the CEC said.

Concerns regarding misuse of social media for spreading communal speeches, misuse of government machinery, misuse of money power and COVID-19 protocol violations were also expressed by some representatives, he added.

The commission has zero tolerance on misuse of money power or government machinery and in this regard, a specific meeting was held with the enforcement agencies to crack the whip wherever required.

The increase in the number of polling stations in turn would have other logistics and manpower implications and the commission has directed that assured minimum facilities (AMF) including drinking water, toilets, waiting area and ramps be provided at all polling stations along with voter assistance booth, Arora said.