While the government has said there is no need to panic, opposition parties smell a 'conspiracy' behind the issue. 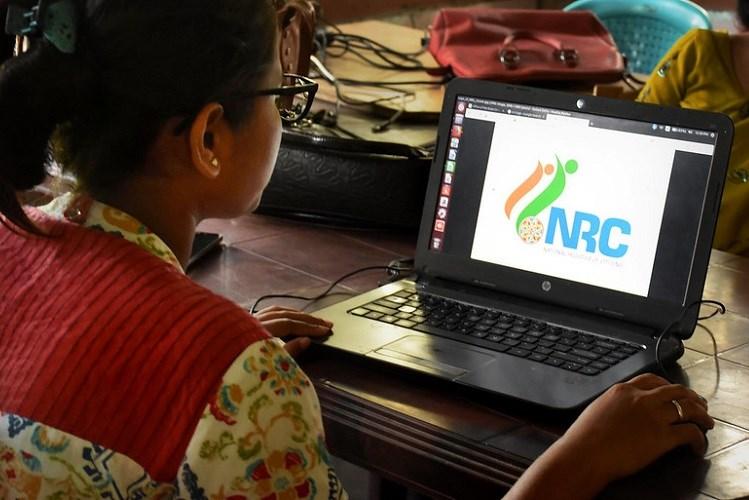 Guwahati: Despite the Supreme Court’s validation to keep the National Register of Citizens (NRC) data secure and safe, chaos and confusion have been prevailing among lakhs of people in Assam as data comprising names included and excluded from the final list have all gone ‘missing’ from the NRC’s website for the past 48 hours.

While NRC state coordinator Hitesh Dev Sarma said the ‘unavailability of cloud services on account of non-renewal of contract by the previous state coordinator’ is the reason for the data going missing for the time being, the Union home ministry has cited ‘some technical issue behind the invisibility on the cloud’.

The complete details of the NRC final list, which was published on August 31, were made available on the wesbite www.nrcassam.nic.in. The final NRC excluded 19,06,657 persons, out of 3,30,27,661 applicants in total.

The unavailability of the data has given the opposition Congress party an opportunity to blame the ruling Bharatiya Janata Party (BJP)-led state and Central governments. The Congress’s Assam unit termed the development ‘mysterious’ and ‘suspicious’, adding that it toes the line of a ‘malafide act’. Leader of opposition in the state assembly, Debabrata Saikia, wrote a letter to Sarma and the Registrar General of India over the ‘suspicious development’.

In the letter Saikia said, “It is a mystery as to why the online data should vanish all of a sudden, especially as the appeals process has not even started due to the go-slow attitude adopted by the NRC Authority. There is, therefore, ample scope to suspect that the disappearance of online data is a malafide act. Indeed, the deletion of data from the NRC website at a time when the appeals process is yet to start is prima facie a deliberate violation of the directive issued by the Hon’ble Supreme Court.”

‘No reason to panic’

The Wire reached out to a very senior NRC official for specific details on the disappearance of the data. The official said that NRC data is safe, as a database has been maintained, and there should be no reason to panic.

He continued, “The facility for people to access the data was made through a cloud service. Until October 19, 2019, there was an agreement with Wipro. But the previous state coordinator did not renew the contract. So, they (Wipro) closed it. After taking charge, the new state coordinator wrote to Wipro, asking that the service be resumed.”

Previous NRC state coordinator Prateek Hajela relinquished charge on November 11 and was transferred to his home state of Madhya Pradesh, based on a direction from the Supreme Court. Hitesh Dev Sarma was then appointed in his place on November 9 and took charge on December 24.

The NRC official said that the data is safe and “there are no chances for tampering”. He said, “Some politicians are talking about it to take advantage. Fact is that because of the unavailability of the cloud service, the display cannot be seen. We are focusing on finishing some pending work and are not trying to cause discomfort.”

NRC coordinator Sarma told news agency PTI that the data went got offline from December 15 after it was suspended by Wipro. He said the state coordination committee had decided to do necessary formalities in its meeting on January 30 and wrote to Wipro during the first week of February.

“Once Wipro makes the data live, it will be available for the public. We hope people will be able to access it in the next 2-3 days,” Sarma said.

The All Assam Students’ Union (AASU) also smelled a ‘conspiracy’ over the disappearance of the data. Lurinjyoti Gogoi, the general secretary of AASU, told The Wire , “The Supreme Court directed authorities to keep the NRC data secure. Now, the data has gone missing. How on earth could that happen? This is a conspiracy to include names of those who have been excluded from the NRC as elections are due next year. It is an attempt to give citizenship to the foreigners along with the contentious Citizenship (Amendment) Act. This is highly unfortunate.”

Shajahan Ali Ahmed, a lower Assam-based citizenship rights’ activist, told The Wire he had received a tip on Monday that the NRC’s website was not working properly and the NRC data could not be accessed. On Tuesday, he made a YouTube video on the development. “Is this a conspiracy? There are so many questions to be answered. I feel this is an attempt to discard the NRC and usher in a new one. Will the NRC be kept hanging? Or is it an attempt to include non-Muslims who have been excluded from the NRC?” he asked.