As a resident of the Northeast, my experiences mirror the developments in Jammu and Kashmir today. 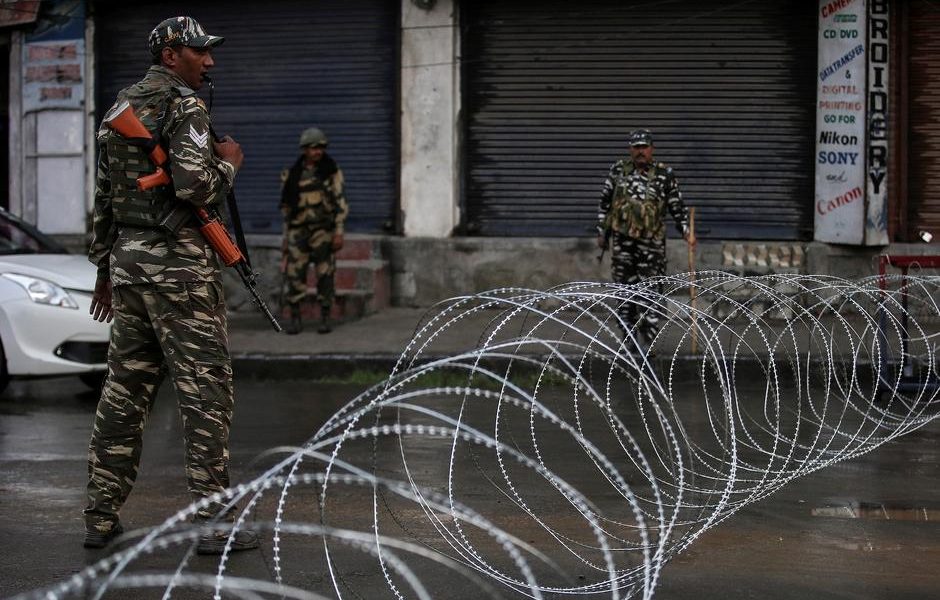 It is quite uncanny how identical the picture of today’s Kashmir is with that of India’s Northeast. Most Northeastern states, since independence, have seen resistance movements, demands for autonomy and a yearning for dignified integration. Like in Kashmir, the government has in the past shut down communications in the Northeast; the region has witnessed repressions; people have been locked inside their houses for days, for months. Our states have been divided, activists and leaders arrested, there have been unwarranted deaths and women have been raped.

J&K, though distant from the Northeast, shares a sense of familiarity with such developments. Both regions have witnessed adversity in the form of Armed Forces (Special Powers) Act (AFSPA), impoverishment, infringement of human rights, media apathy and misrepresentation. But most importantly, the regions share years of prolonged suffering; the Northeast and the Kashmir Valley together sing a song of despair, estrangement and yearning for true freedom.

Also Read: Ground Report | In Leh, Celebrations Give Way to Concerns over Land and Job Protections

Since the BJP-led government’s unilateral decision to dilute Article 370 and 35A in Jammu and Kashmir, the state has been in deep turmoil. After three weeks, we are still uncertain about the ground reality in Kashmir as all lines of communication have been snapped. Elected representatives and political leaders are under house arrest, activists locked up and we do not know how many lives have been lost. Educational institutions have reopened, but children are staying away from them. The daily lives of the Kashmiris are on pause.

The government’s lack of faith in the people and the suspension of democratic actions has created unrest among concerned people everywhere. I fear the unrest will deepen if the Centre doesn’t lift the curfew soon.

While many of us are distressed with the developments in J&K, others are in a ‘festive’ mode. I wonder what is the cause of their celebration? The demise of democracy and the betrayal of a constitutional promise?

After the revocation of Jammu and Kashmir’s ‘special status’, I experienced a peculiar sense of unrest. The episodes in J&K brought back awful memories of chakka bandhs, strikes and violence across the borders of Arunachal-Assam. As a kid, I was ecstatic about missing school, for days and even for weeks. But gradually, I realised that those buses on fire, blood on the streets and men in uniforms took away my freedom and left behind fear, which I carry even today.

Therefore, I am writing to reach out to the people of J&K.

I felt this anxiety in February 2019 too, when protests erupted in Arunachal, my state, over the ‘promise’ of Permanent Resident Certificates (PRC) to some non-tribal communities. Communication lines and internet services were banned for a few days, there was widespread resistance from students, community-based organisations and opposition political parties as well. At least three youths were killed after police opened fire, and there were massive losses to both public and private properties. I feared for my family and my friends; in fact, I feared for everyone there. Everything had come to a standstill.

Also Read: In the Idea of an ‘All India NRC’, Echoes of Reich Citizenship Law

I know that the same anxiety was felt in Manipur, Assam, Meghalaya and Tripura over the Citizenship (Amendment) Bill in January and February this year. Various political parties, civil society organisations and student bodies took to the streets for days. There was utter chaos and lawlessness, making everyday lives difficult. There were also reports of police firing upon protestors.

Such agitations are not new to the region. Our unique history and our indignation have compelled us to a long period of resistance. Sometimes peaceful, but often bloody.

Many families are enduring pain in the region, from the violence of AFSPA, the National Register of Citizens (NRC), decades of neglect, lack of access to education and health services or human rights violations. People from India’s Northeast reconcile with the angst of the Kashmiris today.

Memories of my dead father

However, I felt most agitated when I learnt about my father’s mysterious death in November 2017. I was in Delhi when my mother called to inform me of the tragic news. It took me 16 hours to reach home to see my father’s dead body. It was the longest day of my life. I am furious that my state doesn’t have an airport yet. I am outraged that I don’t have access to good public education institutions and I had to move to Delhi to access them. My father’s death devastated me. We learnt a few hours later that his death was a murder.

As soon as I learnt about the developments in Kashmir, I reached out to a student of mine from the region. She lives in Delhi and I had taught her not so long ago in Delhi University. “Do you know how your family is?” I enquired. She responded, “I am not sure, I am just waiting.” I was quiet, feeling apologetic. I could only gather the courage to tell her, “I am sorry on behalf of the government and on behalf of the country,” to which she said, “My almighty is with us, only he will save us now.”

I also reached out to another student who is in Jammu at the moment. I was able to reach her only five days after the curfew. Almost sobbing, she asked, “Are we criminals that they have put us under curfew? I had a dream to join the IAS one day; you remember I was preparing for that, right? Now I am not sure of it anymore. I have no faith in the government now; they have betrayed us. This disgraceful integration is just wrong!” 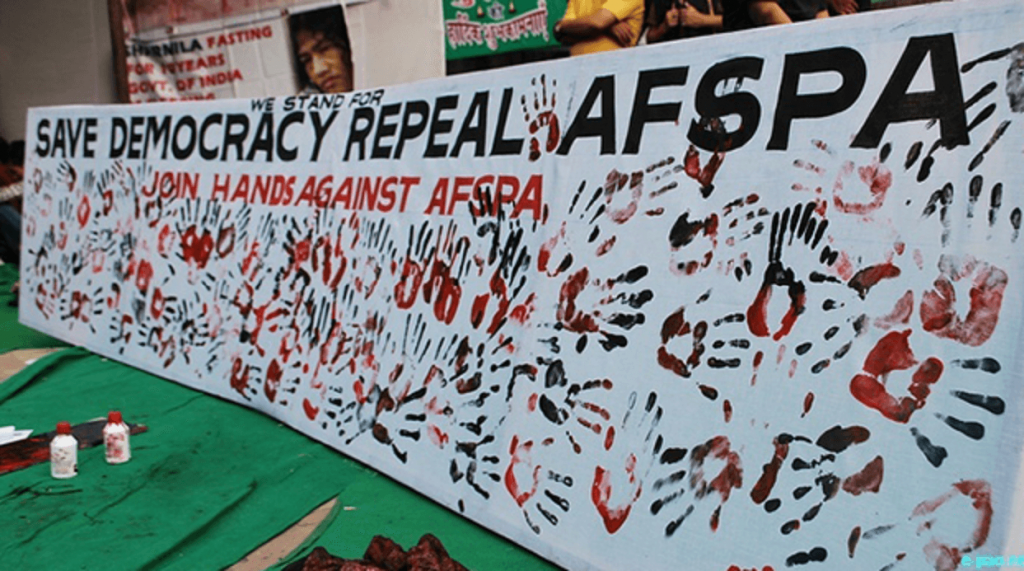 A protest against AFSPA in Manipur. File photo

Just like the people in Kashmir, I am also looking for answers. Their yearning for peace is a quest for a dignified integration. In Arunachal, peace for me will only come in the form of justice. And I know that this wait for justice is long. After many years of struggle, if I’m sure of anything, it is that the space for minorities in the country is shrinking.

In my opinion, ignoring the moral analysis of any constitutional change is dangerous. Democracy survives on plural voices, unlike tyranny. Without the participation of the citizens of the J&K, every action taken by the Centre could result in unprecedented costs. The Northeast also needs to be understood and requires reconciliation, not antipathy.

Since the August 5 decision, various stakeholders, especially from the Northeast, are wary of the future of Article 371 and the special provisions it grants to six states. Even though the home minister, ‘assured’ that the article won’t be touched, the fear has not subsided.

Through the current events, and those from the past events since independence, one can distinctively observe the binaries constructed in the Indian narratives of the ‘other’. It’s rather convenient to paint our sufferings and our resentments as a ‘separatist’ agenda and make us look bitter and angry; what we often receive is bigotry and apathy instead of kindness and dialogues.

I want to tell the country, especially our current political leaders, that the popular narrative of war and guns as the ‘solution’ to the integration of the ‘disputed’ regions is obsolete. It will backfire, sooner or later. And I know for sure that a home is built on love and not blood.

If the country is genuinely a secular, sovereign, socialist democracy, it will need to change the narrative about the people of J&K and the Northeast. While people from the Northeast endure racial prejudices and discrimination, I know that many from Kashmir are seen as ‘anti-nationals’ or as ‘terrorists’.

Social media, journalists in newsrooms and even governments are responsible for creating this dangerous rhetoric. This then translates into the everyday narrative of ordinary people. If the country is willing to understand the realities of both regions, it will know that we are hurt and yearn for dignity.

For now, I can only say, there is only fear and no freedom in India’s Northeast and J&K.

Ngurang Reena is a research scholar at the Jawaharlal Nehru University, Delhi.