There are already so many laws that apply to NGOs and are barely used effectively; where is the need for one more? 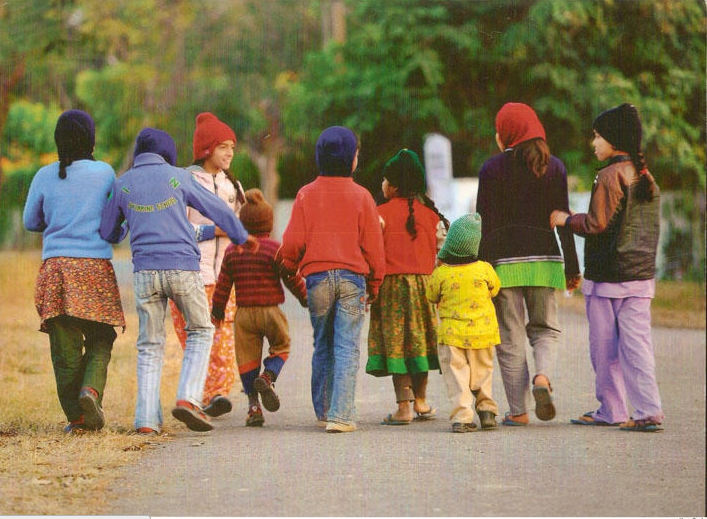 I have never been a ‘public servant’ before. I’ve always thought of myself as a development worker. Or maybe a CEO, since the organization I helped found and now run employs 120 people and provides services to over 300 children every day. Sometimes I claim to be an organizer, since I work to create better health care and education systems for those children – all of whom have disabilities. But never, it must be said, a public servant.

Now, in addition to dealing with the long hours, low pay and people’s vague distrust anyone working in an NGO invites, I’ve got a new title — public servant — and a whole new list of responsibilities.

The Lokpal Bill, in a move to curb corruption among people like me, would require – if it continues in its present form – that by July 31st this year, the Board and the senior staff of any NGO receiving more than one crore rupees from the government or more than 10 lakh rupees from foreign sources be considered public servants. Like IAS officers and elected officials, we will now have to declare all our assets (property, moveable assets like jewellery, electronics, cars, paintings and investments like insurance policies, mutual funds, stocks and bonds) and those of our spouses and dependent children.

Anu Aga, Rajya Sabha member, philanthropist and an active member of several boards, spoke out in Parliament on Thursday against this aspect of the bill. Warning that many good NGOs have already lost eminent board members who object to the loss of privacy disclosure of assets would entail, she asked that the deadline at least be extended to give the government more time to study the issue. If the government agrees – it looks like it may — this would be the fourth time the date has been changed.

Let me just say: I am all for transparency. I believe whole-heartedly in the Sunshine Policy which says if you don’t have anything to hide, you don’t have anything to worry about. And I don’t. You are welcome to come into my house and tally up the amount I spend on my severely disabled daughter’s care (over half my salary, if you really want to know). You are free to come and ride around in my 1999 Santro and see for yourself what a great car it is. You may, if it pleases you, go through my jewellery box in which the only thing of any worth at all is a single gold chain, the third my mother-in-law has given me because I am careless with such items and the other two have disappeared. Yet, why do I feel a bit humiliated by this proposed provision?

Let me also say that I have no illusions about NGOs. I don’t think they are all pure and blameless or that the government has no right to review our work or examine our accounts. Of course it does. We are public servants in the sense that we work for the common good and we are dependent upon the public for support. It is the government’s job to see that the public is not defrauded or harmed in any way by our activities.

That’s why it has established institutions like the Rehabilitation Council of India to regulate and monitor services given to persons with disabilities, for exampe (every field has its own such body). Great idea. People claiming to be professionals should be subject to vetting by a competent authority; organisations claiming to offer training should have to adhere to standardised norms. But just try submitting a proposal to RCI to get a course approved. Or calling to check on its status. Or emailing for information. Or even, finally, in despair, going all the way to Delhi to meet someone face-to-face. Applications for certification languish for months and years. Training courses are established without permission and no one ever comes to inspect. Quacks set up shop – openly and on public roads – and bilk the unsuspecting of their hard-earned money and no one even raises a query, let alone stop them.

The Government of India also has multiple laws (all in place long before Lokpal was written) to monitor the financial dealings of NGOs. The Foreign Currency Regulation Act, just for starters. FCRA rules are stringent and supposedly watertight. NGOs must establish separate bank accounts, which are only for foreign funds. No mixing of Indian currency and foreign money is allowed. We submit audited accounts for all contributions, however small and inventories of all equipment purchased with public funds. Detailed financial statements are required for any government grant and audits can be held without notice as a way of keeping us on our toes. Our bank accounts are strictly regulated and cash payments over a certain amount are against the law.

But who’s counting? In my experience, the reports we submit – always on time, always in both soft and hard copies – are routinely ignored, misfiled and mislaid. We receive multiple requests for duplicate copies of reports we have already submitted. The bureaucrats in charge seem to have no real interest in what we are doing unless some senior officer asks a question they can’t answer. Then the demands for extra copies flood in. They want fresh reports, written explanations and duplicate receipts. We’ve even been asked for copies of the MOUs we’ve signed with the government. And whatever they ask for, they always need Right Now.

My point, therefore, is that there is no need for this bill. Adequate systems and resources for monitoring and vetting us are already in place. They are simply not used. The Lokpal Bill will add yet another layer of complexity to our reporting requirements with no real hope of being any more effective than any of the other systems in place. Indeed, although the reporting deadline is less than two weeks away, there is still no office set up to receive all the statements which will presumably pour in, nor any plan in place as to how they will be made use of.

In my opinion, this section of the Lokpal Bill was created to harass NGOs doing good work which happens to be unpopular or inconvenient for the government – for whatever reason. It is not actually meant to root out the frauds or those who are misusing public money because the systems which exist for that purpose are not being utilized. Those of us who are honest, committed and genuine will comply with Lokpal requirements. Those who are hiding assets or laundering funds will continue to do so and yet another government office will be created where papers pile up endlessly and needlessly.

In the simplest PR terms, this aspect of the Lokpal Bill is a bad move strategically. Meant to make the Government appear vigilant and zero-tolerance where corruption is concerned, it actually makes it look silly and hypocritical. The phrase “Put your own house in order” comes to mind.

To truly rid India of the corruption, which we all agree is rife requires diligence, oversight and integrity. If one or all of those are missing, the best option is to point the finger at someone else. There is simply no getting away from the fact that NGOs are doing the work the government refuses or is incompetent to do. The bad eggs – and of course in a corrupt system there are plenty – could be shut down in a heartbeat if anyone chose to put their minds to it, using existing laws.

I have devoted the past twenty-two years to creating a better world for children with disabilities. Others have given twice that length of time to saving the environment, making the judicial system accountable, rescuing children from traffickers and securing the rights of women, gays and transgenders. If we are all now to be defined as ‘public servants’ with our private lives available to anyone who cares to access a website, can we at least get a pension?