No, Disha Ravi is Not Paying Lawyer Akhil Sibal in Lakhs

A report by Alt News has debunked this much repeated rightwing claim. 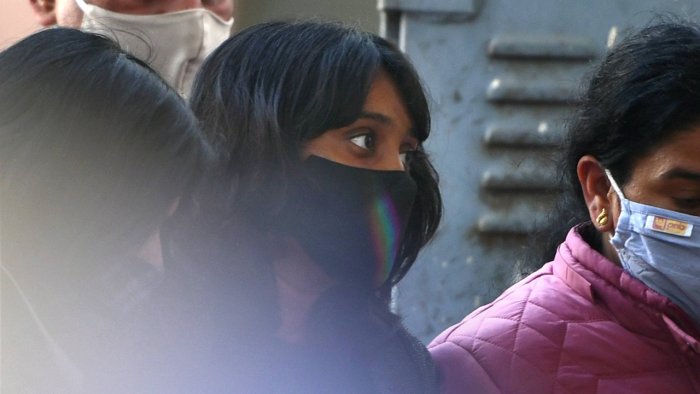 New Delhi: Disha Ravi’s arrest over the toolkit case has triggered a volley of fake news, the latest of which claimed that lawyer Akhil Sibal is charging the activist Rs 5-7 lakh per appearance in court. The lawyer, in fact, is representing the 22-year-old pro bono, according to a report by Alt News.

Ravi was arrested by the Delhi police on February 14 for editing a toolkit in support of the farmers’ protest, with the complaint alleging that the “toolkit” was responsible for triggering violence on Republic Day. After her private chats were “leaked” to media houses, senior advocate Akhil Sibal filed a petition to deter the media from sensationalising the arrest. The Delhi high court on February 18 subsequently issued notices to the News Broadcasting Standards Authority and media houses News18 and Times Now to restrain the media from publishing the content or extract of any private chats, including those on WhatsApp, between her and third parties.

On February 19, the Delhi high court asked media to not sensationalise news on Ravi. The case saw rapid arguments between counsel of the news channels and Sibal.

Since then, rumours around Sibal’s representation have gone viral on social media.

The report by Alt News notes instances of users fuelling conspiracy about Ravi. A tweet by one Abhijit Iyer Mitra on February 19 is among the most popular, receiving over 22,000 likes and 9,000 retweets.

Disha Ravi hires Akhil Sibal – that’s between 5 to 7 lakhs per appearance. Do the maths.

Among those who have reshared the tweets are people followed by BJP leaders such as Piyush Goel and Kapil Mishra.

The Frustrated Indian, a BJP propaganda website, wrote an article urging to launch a separate case “into the sources of money which are helping the ‘climate activist’ shell out large sums of money for her lawyer.”

“But then again, coughing up an estimated 5 to 7 lakh rupees per appearance to Akhil Sibal is only possible under one condition – that of the lawyer waiving his fees in totality and fighting for Disha Ravi pro bono, which is highly unlikely. Who then, is paying for Disha Ravi’s rather flamboyant legal representation? Is it the Khalistani organisations like Poetic Justice Foundation and Sikhs for Justice, or some other vested interest groups who seek to globally defame India and destabilise the Modi government?” the article insinuates.

Debunking these trending claims, Akhil Sibal on record stated that he is representing Ravi for free.

“I was approached by her lawyer Vrinda Bhandari and have appeared twice for her regarding the media trial petition,” he told Alt News.

“I took on the case because this was an important issue to agitate before the court. We know the menace of media trials. Private messages should not be leaked during an ongoing case. It sets a dangerous precedent for due process and affects the privacy of the individual. The law has to take its course. The presumption of innocence recognised by law should not be affected,” he added.

Advocate Vrinda Bhandari also verified the falsehood of these claims. “He decided to help on such short notice. He has taken up the case pro bono.”

The viral posts on social media are reflective of the growing misinformation around Ravi, purportedly to cement a link between the climate activist and Khalistani platforms. The Delhi police have alleged that she is part of a “global conspiracy” to defame India. Other false claims have suggested that she is Christian and that she is a single mother.