Through their struggle, India’s farmers have created space for other disadvantaged sections to challenge the might of the corporates and the political structure backing them. 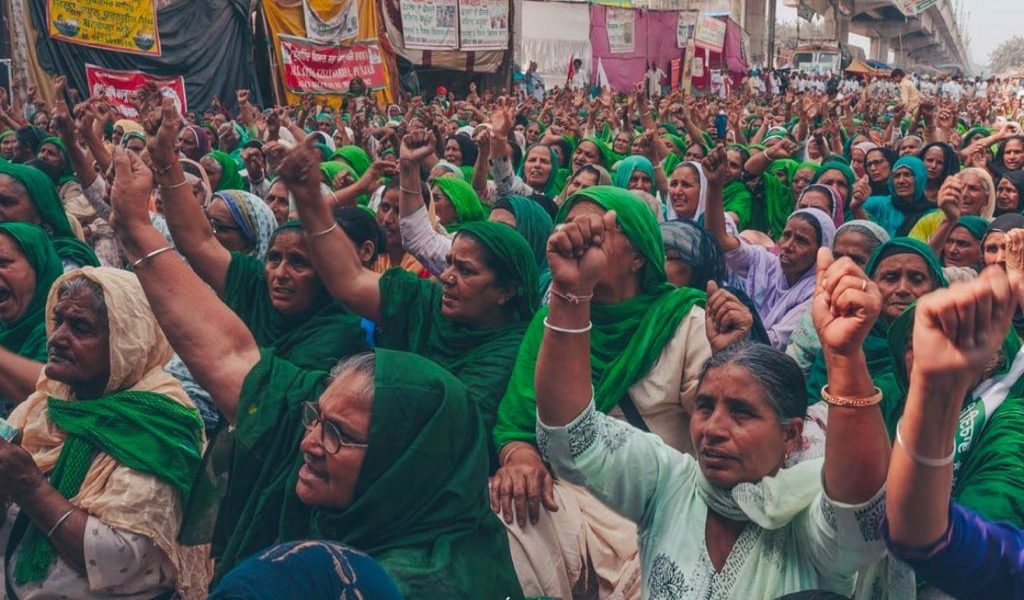 As the country solemnly observes the 90th anniversary of the martyrdom of Bhagat Singh, Rajguru and Sukhdev, it is hard not to feel sad at the way India’s polity and institutions have miserably failed its people. Besides these three young men, thousands of other Indians sacrificed their lives for an India free of exploitation and discrimination. And still, more than 70 years after independence, millions of Indians still raise the slogan of ‘Inquilab Zindabad’ (long live revolution) and pictures of Bhagat Singh and other revolutionaries adorn protest sites up and down the country.

Unfortunately, the visible imperialism against which the entire nation fought together is back with the help of those who are Indian. It is dominating our economy, politics and foreign policy. The blueprint for this new world order was prepared by Cordell Hull, Roosevelt’s secretary of state, when World War II was still raging. His goal was a “world-wide liberal financial order, to be based on free convertibility and free movement of capital” and the Bretton Woods institutions eventually emerged from this impulse.

To be sure, international political economy has been through several phases since then but the main thrust of the current global financial order remains the same: freedom for corporates from powerful countries to move capital to those countries where they can find cheap labour, access to raw materials and vast markets to earn huge profits and accumulate wealth. This process has led to big power rivalry and war, to the subversion of national sovereignty in countries of the Global South has impoverished millions of people around the world. Sadly, the elites and governments of many developing countries are willing to facilitate global corporates making profits at the expense of the well-being of their own people.

Rana Dasgupta recently cited as an example of this broad process how global capital rushed towards China after it successfully crushed the dissent of its people at Tiananmen Square in 1989. “Today,” Dasgupta writes, “American industry is entirely integrated with China, whose democracy-free system is essential to the timely delivery of products by Apple, Cisco, Dell, HP, GE, IBM, Intel, Texas Instruments, etc.”

While it would be foolish to expect any better from China’s rulers, how can a democratic government remain insensitive to the very people who voted it in power? Yet, this is what the Bhartiya Janata Party government led by Narendra Modi did by passing farm and labour laws last year. Perhaps the government was confident of the support of the opposition in parliament, as it was the Congress-led government which had opened the flood gates for neo-imperialism in 1991.

But now, this system of global hegemony is in serious crisis, as movements by peasants, workers, environmentalists, youth and all those adversely affected by it are openly challenging and questioning the “free market and liberalisation” narrative. A narrative that sounds good only in seminars, academic discussions and op-ed pages of newspapers by “economists and intellectuals”. Neither the corporates nor their political backers believe even a bit of it.

Therefore, credit must be given to Indian farmers – comprising 42% of the work force – who have successfully created mass awareness about the impending danger from the planned takeover of Indian agriculture by the corporate sector. Through their struggle, they have created space for other disadvantaged sections of society to challenge the might of the corporates and the political structure backing them. This is a kind of awareness that was earlier witnessed during the freedom struggle.

In fact, the non-cooperation movement of 1921-22 – at the time the largest mass mobilisation of Indians against British colonialism – had a huge component of farmers and workers driving it. Commenting on the movement, Jawaharlal Nehru wrote in his autobiography that “1921 was an extraordinary year for us…behind all this was agrarian trouble and, in big cities, a rising working class movement….it was Hindu-Musalman ki jai everywhere.”

While the Congress compromised with the British for concessions in governance, the revolutionaries remained committed to raising their voice against exploitation. Consider the statement read out by Asaf Ali on behalf of Bhagat Singh and Batukeshwar Dutt during the assembly bomb case trial on June 6, 1929:

“By revolution we mean that the present order of things, which is based on manifest injustice, must change. Producers or labourers in spite of being the most necessary element of society, are robbed by their exploiters of the fruits of their labour and deprived of their elementary rights. The peasant, who grows corn for all, starves with his family, the weaver who supplies the world market with textile fabrics, has not enough to cover his own and his children’s bodies, masons, smiths and carpenters, who raise magnificent palaces, live like pariahs in the slums. The capitalists and exploiters, the parasites of the society, squander millions on their whims. These terrible inequalities and forced disparity of chances are bound to lead to chaos. This state of affairs cannot last long, and it is obvious, that the present order of society in merry making is on the brink of a volcano.

“The whole edifice of this civilisation, if not saved in time, shall crumble. A radical change, therefore, is necessary and it is the duty of those who realise it to reorganise society on the socialist basis. Unless this thing is done and the exploitation of man by man and of nations by nations is brought to an end, sufferings and carnage with which humanity is threatened today cannot be prevented. All talk of ending war and ushering in an era of universal peace is undistinguished hypocrisy.”

Ninety-one years have passed since this remarkable statement but it looks as if what is being describing is the reality of today. If the realities have not changed, the solutions, too, remain the same. Another long-drawn freedom struggle is the need of the hour against corporate-driven  neo-imperialism and the exploitation of human labour. Little wonder, then, that Bhagat Singh and his comrades are ever-present in the struggles, big and small, that India is witnessing today.