In Assam, Much Ado Over a Poet Exercising His Right to Use a Metaphor

Poet Nilim Kumar's readers are now baying for his blood because he dared to use three sacred icons of Assamese spirit and imagination: Siu-Ka-Pha, Gadapani and Kamalakunwari, in a poem.

Poet Nilim Kumar should have been the pride of Assam and the Assamese people. But that would have been possible in a different era perhaps.

In our feverishly nationalist times, the self-styled representatives of Assamese identity are baying for his blood. Threats are being issued to behead him. His entry into towns and villages is sought to be banned. Complaints against him are being filed and FIRs lodged.

If not death then at least arrest is the demand.

What is the crime that the poet has committed? He has dared to continue with the business of keeping the imagination alive. He has written yet another poem.

But this time he forgot that all nations have their gods and goddesses. And the greatest blasphemy possible is to mix the sacred with the profane – something poets do all the time.

All it took was one poem for the ‘nationalist’ feelings to descend upon Nilim Kumar like a ton of bricks. Pained by the decaying state of his dear Assam, he wrote a poem titled ‘Ekhon asustha city bus’ or ‘An ailing city bus’.

Let us read the poem first and then try to understand the objection, nay anger, the poet has evoked.

It travels around the city

One gets asphyxiated. Stops sometimes for a while

Standing by the side of the road. Exhales black smoke.

Sometimes it makes a whizzing sound, like one struggling to breathe.

Amidst the busyness of the city

A city of hurriedness

A city of the horn and overtake

Among these finding its way, exuding black smoke

People embark and looking at its speed

Passengers swear at it – an ailing city bus.

A driver of eight hundred years

A handyman of five hundred years

The driver says his name – Siu-ka-Pha.

The bus is a headache for the traffic police.

A bus that cannot ferry the students to schools and colleges in time.

A bus that delays women trying to reach the temple.

An ailing city bus that runs with a lifelong licence provided by history.

No one wants to get up into that bus

That remains away from the traffic jam of future

Only one young girl is there in the city

Who likes to ride in this bus.

She comes daily, sits by the window

Who never visits a temple.

Who at the time of coming out from home

On the cheeks of her mother.

Name of the driver Siu-ka-Pha

It is not a very complex poem. It is a lament, lament about a broken nation or community or city. It would live forever as it has a “lifelong licence provided by history” but it has lost the ability to serve its passengers. It cannot take the students to their schools and colleges in time nor can it take the women to temple in time. In both worldly and otherworldly matters its seems to have outlived its utility.

And yet it keeps plying!

That is the tragedy of nations, communities. People of Patna, Allahabad, Delhi, or even from other cities of the world can easily identify with the poem. They can share the anguish of the poet.

But for the three proper names that the poet brings in. Readers will have to Google these names to get the context. It is these three names, which plant the poem in the earth of Assam.

It is this audacity of the poet to use the two icons of Ahomiya nationalism poetically that has riled many people in Assam. 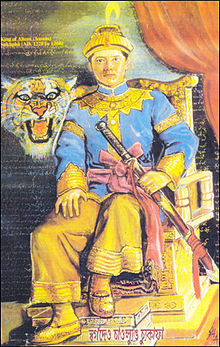 Siu-Ka-Pha, who established the Ahom kingdom cannot be touched, according to some, by the earthly fingers of a poet! Siu-Ka-Pha is not a mythical character and yet he has attained that stature.

Gadapani who comes 300 years after Sui-Ka-Pha and is as important to the making of the Ahomiya identity and is equally revered. To secularise these two characters is the blasphemous act.

Also read: In Search of a Lost Ahom Princess

One cannot but feel the agony of the poet. No reader can in their wildest imagination can interpret the poem as an attempt to belittle or mock these two characters, which his people revere in many ways.

One should also notice the third figure of Kamalakunwari, popular in the folk tradition of Assam. It is this creative mixture of the real and imaginary, of contemporising historical figures and creating a poetical time, in which the historical and imaginary intersect. 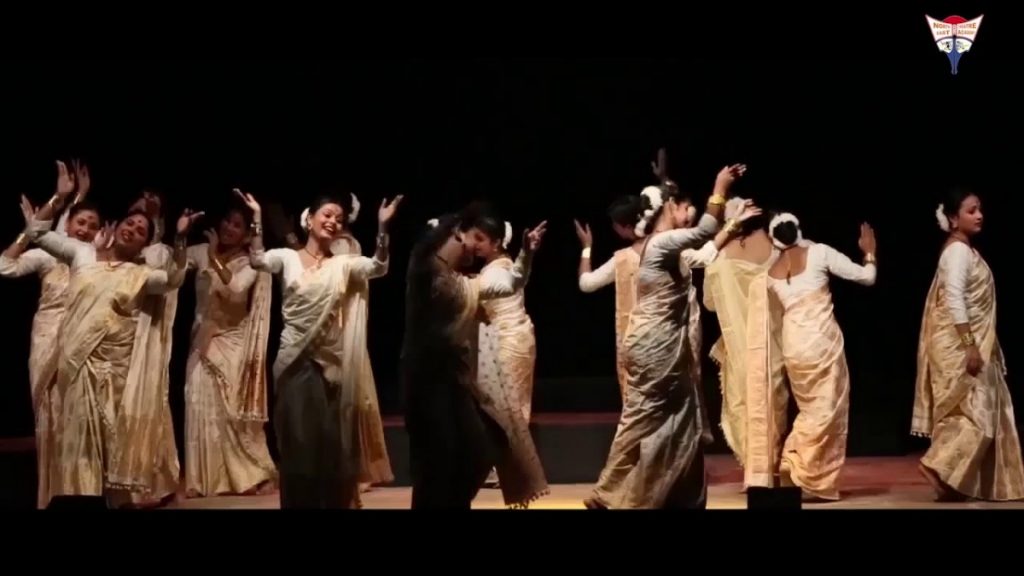 Some people and organisations are  upset with Nilim Kumar for having taken the liberty of making Siu-Ka-Pha the driver of a sick bus and the great Gadapani its handyman.

They feel that he has insulted them by making these hallowed figures plebeian.

Nilim Kumar is not in a polemical mood. The poem has arisen out of pain, at the sheer dysfunctionality of worldly life. He does not want to cause strife. So, he promptly apologised once objections were raised. He explained his poem, which is the last thing a poet would like to do. Yet he did it.

Because poets also want their people to talk to themselves. If there is a gap somewhere it is also the duty of the poet to come forward and help bridge the gap. 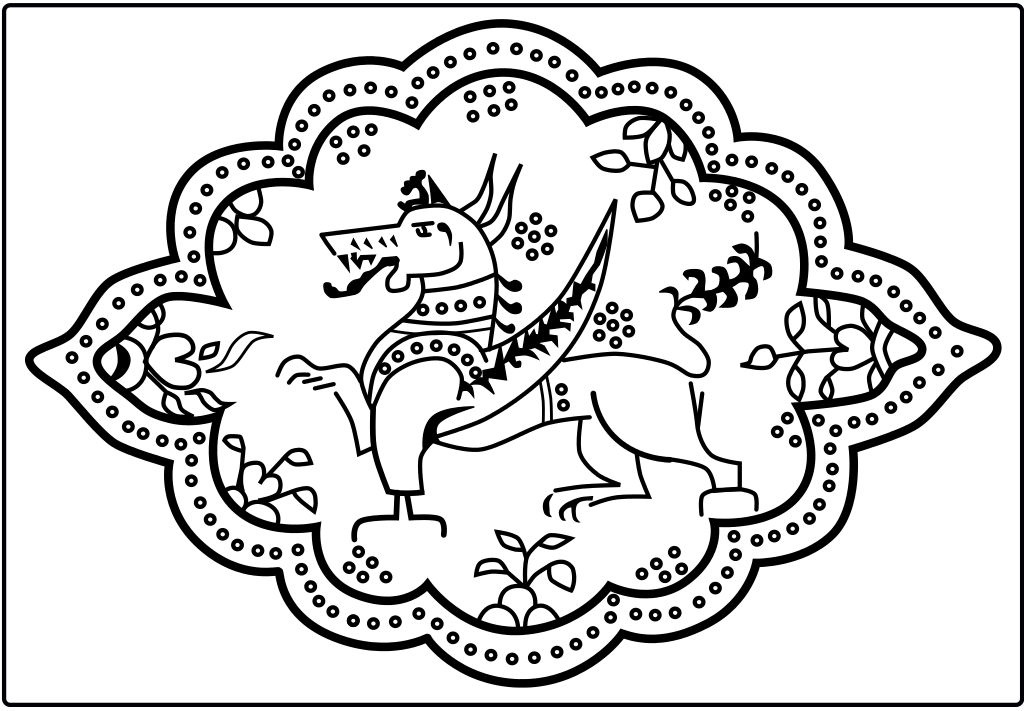 Nilim Kumar should not be seen as being defensive when he says, “Siu-Ka-Pha, as the bus driver was allegorically imagined, is the most important person in leading the Assamese people in the right direction and Gadapani being the handyman, was entitled to make necessary decisions , where the people should stop or move forward.”

A civilised society is one which acknowledges apologies.

A community which refuses to accept regrets and apologies rejects peace as a way of life. Those who insist on punishing Nilim Kumar, who want him in jail or dead even after his clarification should ask themselves if they were genuinely hurt by the poem. Is it not something else which makes them go after the defenceless poet, with no refocus but his language? People need to ask what is this motivation which seeks to bury the poet?

We have seen poets and writers being on the wrong side in other societies too. They have even paid with their lives for having defied the normal language.

But these are unhappy people who do not want new tongues, who fear experimenting with their language. We have seen Shivaji, Guru Nanak or Guru Granth Sahib or the universal characters of the Rama katha traditions being made prisoners of a particular cultural project.

It has been said before and needs to be reiterated that all generations and individuals should have right to talk to their myths and histories, they should have the liberty to recreate these myths in their own times. This is how societies progress. If disallowed, societies decay and die.

Nilim Kumar, an author  of 17 collections of poetry and three novels, a citizen who has stood by the people and risked the wrath of the government by opposing the Citizenship Amendment Act deserves better from the people he sings for. He toils to sculpt a new language for them. He should be treated with respect and love.

It is difficult to battle with the warriors of national pride. It is becoming impossible to find honest eyes and ears. Yet, the poet goes on trying. This is his fate. Read Nilim Kumar again and revise your opinion, o proud Ahomiya friends.

I must talk to the birds about songs in a new way.

Even the evening is complaining sorrowfully about not liking the shadow’s path.

An ancient sorrow is invading everyone.

There’s mist descending for sure.

I must talk to the mist about winter in a new way.

We do want winter.

It is in winter that all poets have their birthdays.

Now we cannot do much in a new manner.

We can only change our language.

Whether you are there or not is my language, or even our conversations.

Even I say whether you have a language or not, if I can

I could speak whatever you want to say!

Perhaps life too will change this way.

Let us exchange the language. Who knows how life changes after that?