The commission held the government "vicariously responsible" for 16 counts of sexual assault, ranging from rape to physical violence, allegedly committed by police personnel. 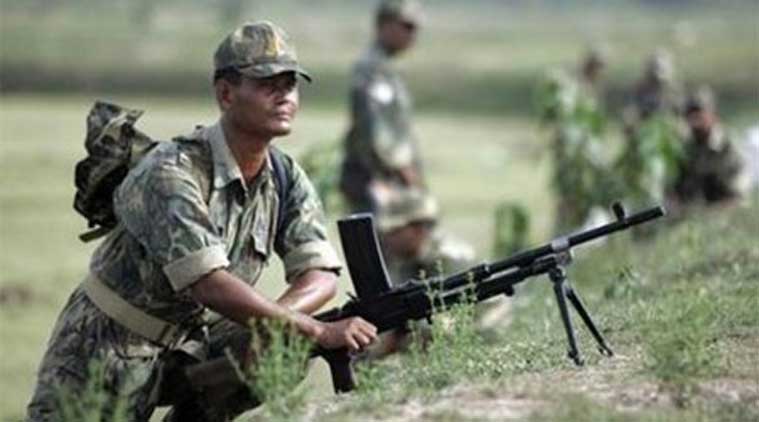 In a notice that vindicates human rights activists who have been bringing attention to innumerable instances of police-perpetrated atrocities like rape, custodial torture, fake encounters and so on in conflict-ridden Bastar, the National Human Rights Commission (NHRC) on January 7 found that Chattisgarh state’s police personnel raped or sexually assaulted at least 16 Adivasi women between October 2015 to March 2016.

In a terse notice addressed to the state’s chief secretary, the NHRC pulled up the BJP-led Chhattisgarh government for its inaction against the alleged rapes reported by a fact-finding team led by Women Against Sexual Violence and State Repression (WSS), a woman’s rights collective, during that period.

“The Commission has observed that it is of the view that, prima-facie, human rights of the victims have been grossly violated by the security personnel of the Government of Chhattisgarh for which the State Government is vicariously liable,” said the NHRC in a press statement.

In view of this, the NHRC demanded a reply from the state government “to show cause why it should not recommend interim monetary relief of Rs 37 lakh to them (the victims)”.

The top human rights body directed the chief secretary of Chhattisgarh to provide monetary relief – Rs 3 lakh each to eight rape survivors, Rs 2 lakh each to six survivors of sexual assault and Rs 50,000 each to two sufferers of physical violence at the hands of policemen – to be paid immediately.

The NHRC had taken suo motu notice of an Indian Express story which reported on the WSS’s finding that more than 40 women from five villages in Bastar’s Bijapur district — Pegdapalli, Chinnagelur, Peddagellur, Gundam and Burgicheru — were allegedly raped or sexually assaulted by state police personnel. This included the gang rape of at least two women, including that of one 14-year-old girl who was blindfolded and assaulted.

While conducting the investigation, human rights groups brought other such incidents, that took place in Nendra, Kunna and Chotegadam villages of Bastar, to the NHRC’s notice. Over the last year, the commission found that there were 34 victims of police brutality listed in three FIRs. However, the NHRC team could record the statements of only 14 victims but found that all of them reiterated the grave allegations mentioned in the FIRs.

The NHRC has now directed the Deputy Inspector General (Investigation) and the Chhattisgarh government’s crime investigatin department to record the remaining statements in front of a magistrate.

The notice comes as a huge embarrassment for the Raman Singh government in Chhattisgarh as it has been under attack from human rights activists for a series of atrocities perpetrated by the Bastar police against citizens, spearheaded by S.R.P. Kalluri, the inspector-general of police (Bastar range).

The Bastar police’s campaign against activists

The police, activists allege, has been carrying out such brutalities with impunity in the name of fighting the Maoist insurgency in the region. Bastar police, on the other hand, has launched a campaign against the activists. Nandini Sundar, who was at the forefront of the fight against the actions of the state-sponsored vigilante group Salwa Judum, and played a crucial role in getting the Supreme Court to ban the outfit in 2011, was recently charged with the murder of an Adivasi villager. Also accused of the same crime were Jawaharlal Nehru University (JNU) faculty member Archana Prasad, political activists Sanjay Parate and Vineet Tiwari.

The four were part of a fact-finding team that highlighted such police brutalities in Chhattisgarh in mid-2016. However, when the wife of the murdered man denied their involvement in the incident, the Bastar police was sharply criticised for indulging in vindictive actions and fabricating charges against human rights defenders. Last month, the NHRC issued a notice to Kalluri and the state government for running a witch-hunt against Sundar and her colleagues.

That the police is being vindictive has also been clear from a series of events it has either organised or encouraged through vigilante groups in the region over the last few months.

In an unprecedented event, the police overstepped its boundaries to organise a protest at which human rights defenders’ effigies were burnt by police personnel. Similarly, Manish Kunjam, a political activist who has been speaking out against the excesses of the police, was attacked by a police-supported group, Agni.

More recently, the police arrested a Telengana Democratic Forum (TDF) fact-finding team who were probing encounter cases in Bastar. It also tried to file a case against Shalini Gera – a Chhattisgarh-based lawyer who has been taking up cases of alleged police atrocities against Adivasis – on charges of being exchanging old notes on behalf of Maoists.

The police have been trying to silence journalists, activists, lawyers and academics either through brute force or through their sponsorship of vigilante groups for almost two years now, precipitating a law and order crisis in Chhattisgarh.

“The crisis is not only because of the impunity with which police works in Bastar, but also because of state government’s complicity in it,” Chhattisgarh-based lawyer and activist Sudha Bhardwaj told The Wire.

She pointed out that the survivors of sexual assault, in this case, had to suffer a great deal to even file FIRs against the police personnel. “Yet, there was no action taken by the CG (Chhattisgarh) government. It could have easily directed the police to find out which officers were on duty on the days these incidents were reported. But on the contrary, the police has been asking the survivors whether they remember the policemen. Police, whose task is to find out who these policemen were, has only been exacerbating their trauma by asking unnecessary questions, ” she said.

She said that the NHRC, apart from recommending monetary relief, should ensure that the accused policemen are prosecuted. Bhardwaj pointed out that anyone who reports police excesses in the region is immediately branded a Maoist.

“If the state government is serious enough to tackle the deteriorating situation in Bastar, it should send out a strong message – that sexual violence during military operations is unacceptable.”

Human rights advocates are trying to bring in some semblance of sanity in this state but they are the ones who are being silenced.

“In Chhattisgarh, an officer like Kalluri, who constantly fabricates cases against his critics and kills without fear, is given full indisputable power; then an IG of police like Pawan Dev – an accused in a sexual harassment case is being promoted out of turn and a police officer like Ankit Garg, known for his brutalities is being recommended for president’s medal. Chhatisgarh has become a police state,” said Bhardwaj while questioning the lack of police accountability in Chhatisgarh.

Following the NHRC notice, Bhardwaj and other activists have been demanding that Kalluri be suspended. “It is time the state government acts against the highhandedness of police. We had a judicial enquiry pointing out last year that Meena Khalkho, a 16-year-old villager in Surguja district of CG, was murdered in a fake encounter after falsely branding her as a Maoist. No action has been taken against any of the accused policemen until now,” Bhardwaj said.

“It is time the government wakes up to the grim realities of the state and take stringent action if it is really serious about fighting insurgency,” she added.