Right to protest has "constitutional limitations attached to it", says NHRC, accusing students of violence. But report also accepts the police attack on library had "no bearing on the task of controlling law and order". 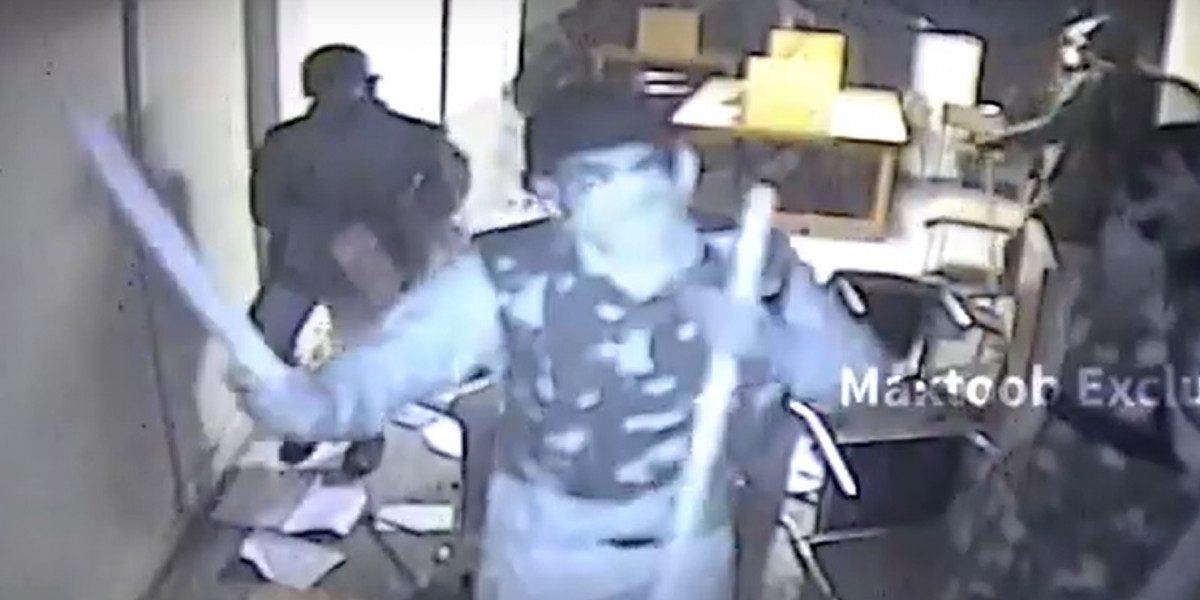 New Delhi: The National Human Rights Commission has finally released its report on police atrocities on the students of Jamia Millia Islamia, more than seven months after footage of uniformed men attacking students in the university library made headlines in India and around the world.

But the report by the NHRC team led by SSP Manzil Saini devotes most of its attention to why it believes the protest against the Citizenship (Amendment) act by Jamia students on December 15, 2019 was an ‘unlawful assembly’ and had invited police action against itself. The report alleges that the protesters turned violent, destroyed government and private property and threw stones and petrol bombs at police officers, thus putting themselves beyond the ambit of the constitutionally guaranteed right to assembly.

Hinting at the existence of a wider conspiracy, the NHRC also says there is a need to “uncover [the] real actors and motives behind [the] overall protest at Jamia Millia Islamia which seems to be be smartly and purportedly organised under disguise of students (sic)”.

Even this mild criticism of the police was prefaced and followed by a detailed account of how the students themselves were to blame for what happened.

However, in its ‘recommendations’ section, the NHRC does say that the authorities should identify those police personnel “unnecessarily caning inside the reading rooms of libraries of Jamia Millia Islamia and also using tear gas shells inside the close compound of the library, which has no bearing on the task of controlling law and order” and take “suitable action” against them “as per rules” of their respective police organisations. Nowhere does the commission recommend prosecution of the guilty policemen.

Describing the events that led to the police violence in Jamia, the NHRC report says that the anti-CAA “protest was also coordinated and led by local political leaders who from time to time addressed the protesters. The gathering was declared as ‘unlawful assembly’ by the police. The police was law bound to contain the activities of these unlawful assembly to maintain the law and order. The police used tear gas shells and lathi charge. While these protesters were pushed back, they damaged property alongside of the road.”

The report then says that the Delhi Police had no option but to enter the University campus because it was under attack by stone pelting students.

Almost ignoring CCTV footage and the testimonies of students who accused the police of vandalising the university campus, the report says, “If the protest was peaceful, then there is no answer as to how large number of private and Govt. property was damaged and many vehicles burnt down”. The report goes on to say that in the absence of proper checking of ID cards at the gates “there is every apprehension that the outsiders also entered in the university”.

Most importantly, the NHRC report blames the Jamia administration for “failure” to report the “development of discontentment of students with local police” and for its inability to speak to students and pacify them.

“There is also failure of the proctoral team who were present at Gate No 7 till police arrived on campus,” the report says. “However, they left for their offices on the plea that they were going to watch overall situation through CCTV which was a great lapse on their part. Instead of going to their office, should have remained at Gate No 7, probably police and students could have been pacified by them and they could have been pivotal in moderating the situation.”

The report by the human rights body also says that there is “apparent failure of the local police who failed to get timely information about the ongoing resentment of the students and their planning dated 15.12.2019. On 13.12.2019, the barricading was near Gate No 1 of the campus and somehow the crowd/protest was contained then and there. However, the NHRC team is not convinced as to how the barricading was erected at Julena (near Suryaa Hotel) about 1.5 KM away from the Campus which has many arterial roads and easy for anyone to skip and was difficult to control large crowds”.

Not only does the NHRC buy into the police’s narrative of the protest being violent, it also fails to see the student protest for what it was: young educated voices coming out against a discriminatory law that had passed by parliament a few days earlier. Instead, the report says there is “need to uncover [the] real actors, and motive” behind their protest.

The NHRC report states, “freedom of speech/expression and assembly peaceably has ‘constitutional limitations attached to it’. The fundamental rights as envisaged under Article 19 of the constitution cannot be given absolute” and that “an assembly must be peaceful to get the benefit” of constitutional protection. The report concludes that, “law enforcing authorities are the best judge” to assess a situation and taking a call on what course of action should be followed.

The NHRC then goes to make the following recommendations:

Jamia students familiar with the NHRC’s report have come out strongly against it contents. Mohammad Mustafa, a Masters student who suffered fractures in both hands during the police assault said that he was very disappointed with the national human rights body. “There were so many people who had been brutally beaten up by the police. I was assaulted while I was sitting in the library. We need an independent enquiry to know what compelled the police to enter the library and beat us up”.

Advocate Nabila Hasan, who is representing some of the students who were brutally assaulted in the police attack on December 15, 2019, says, “We filed before the NHRC and we gave more than 100 testimonies which displayed the brutality of the police attack on students in the library and other parts of the campus. Those testimonies were ignored by the NHRC. The students not only deserve compensation but also deserve an independent enquiry by an independent committee by a retired judge. In this case, the accused persons are the police and in general law you cannot be asked to investigate yourself. The police cannot be expected to investigate itself and give an impartial report.”

A collective of professionals and human rights activists, the Campaign Against Witch-hunt of Anti-CAA activists, has also rejected the NHRC report, calling it farcical. A statement released by them on social media says, “You’d almost think this was not the NHRC speaking, but the Home Ministry…Leave aside the fact that the police is always reluctant to investigate its own, in this matter, where the police establishment has vehemently denied any wrong doing on their part, even in face of video evidence, what are the NHRC’s expectations from such an enquiry precisely?”

The Wire tried to contact the vice chancellor of Jamia Millia Islamia, Najma Akhtar, but she did not respond to messages or calls.  The story will be updated as and when the university decides to respond to the NHRC report.

NHRC Report on Jamia Violence by The Wire on Scribd