Anirban Nandy, who suffers from hypertension, was subjected to verbal abuse and harassment involving the police. 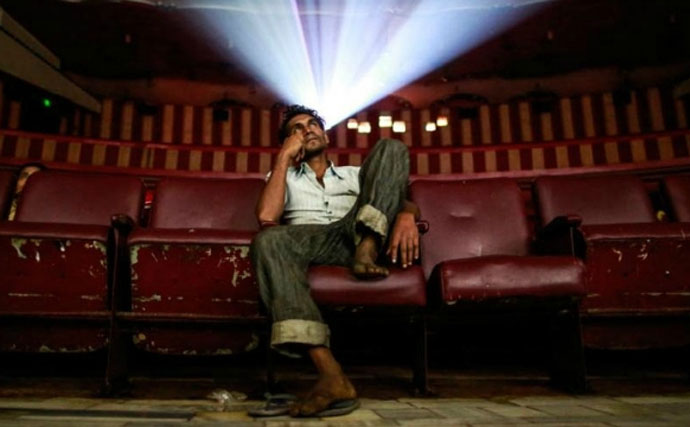 New Delhi: On January 31, Anirban Nandy (name changed), a senior research fellow at an institute in Kolkata, went to watch Raees at PVR Diamond Plaza on Jessore Road, Kolkata. In the process, Nandy became one of the many victims of vigilantes who have been taking advantage of the Supreme Court order from November 2016 that made it mandatory for theatres to play the national anthem before a film.

Nandy, who suffers from hypertension, wrote in an email to The Wire that he felt dizzy while trailers were being shown before the show. So when the national anthem started playing, he did not think it prudent to stand up. He was concerned that he might hurt the woman who was sitting next to him or that he might injure himself. However, a man who was sitting close by began to verbally abuse Nandy for not standing up, despite being explained the situation. Nandy was accused of disrespecting the national anthem.

During the interval, the man who had abused Nandy left the theatre, only to return with staff who asked Nandy to step out, saying that the police were waiting for him outside. Nandy refused to move and explained to them that he would not miss his movie.

Once the movie ended, as Nandy was making his way towards the exit, his path was blocked by the offended man, who announced loudly his intention of killing Nandy if the police didn’t come. On asking an employee, he was informed that the police had left. Nandy was then not allowed to leave the theatre and was taken to an office on the second floor of the mall. The police arrived after about 30 minutes and Nandy told the police that he was threatened by the man. Nandy was then taken to the Dum Dum police station and the man who had been harassing him followed in another car. Nandy and the man both filed separate complaints against each other, Nandy said.

Following this, Nandy was taken to a hospital for a medical test where his blood pressure was found to be very high. Despite that, Nandy said that the police asked him sign on papers which would place Nandy under arrest.

“When I denied to sign, they said it was a procedure without which they can not leave me. So I had to sign,” Nandy wrote.

By this time, it was quite late, but Nandy was asked to summon his family. Eventually he was given bail when he signed the second form.

At 11:30pm, Nandy was finally free to go and reached his hostel only after midnight.

“I was lucky that I wasn’t physically hurt though the cover of the book I was carried was damaged.” Nandy said. He added that, “I think this order by Supreme Court is being misused by the vigilante elements like the one I met today who do not care about the health of the spectators and readily suggest that I shouldn’t visit the cinema hall if I am ill.”

Subrata Kumar Moitra, the commissioner of police, Barrackpore, told The Wire that the police were called to the cinema hall by the theatre authorities and subsequently, both Nandy and the other man were taken to the police station. Nandy was not arrested, said Moitra, who found out about the incident around 10:30 pm. In addition, Moitra said that further legal action against Nandy would depend on whether or not the man with the objections chooses to file an FIR. As of now, Moitra said, the police had pressed for both parties to resolve the issue amicably.

Nandy’s case adds to the increasing list of people who have been victimised by nationalist vigilantes who believe their actions are mandated by the Supreme Court order. Prior to the Supreme Court order, in October 2016, writer Salil Chaturvedi, who is dependent on a wheelchair, was assaulted in a theatre in Goa. Soon after the apex court’s national anthem order, attacks were reported in Mumbai and Chennai.

In Mumbai, a man was assaulted for failing to stand up when the national anthem was played during a screening of Dangal. In Chennai, a group of nine people were attacked because they did not stand up for the anthem on principle. Guidelines for persons with disabilities have also been submitted, which requires them to be attentive and assume and erect posture while the anthem is being played. Disability rights activists are debating this issue still.