'Separate Fact From Fiction': A Letter to PM Modi From a Kashmiri

'When you are under house arrest with no ability to communicate with the outside world, it is rather difficult to write to your Prime Minister or anyone else.'

A member of the security forces stands guard on a deserted road in Srinagar on August 23. Photo: Reuters/Danish Ismail

I hope you are in good health. After receiving a decisive mandate in May, you have quickly moved to consolidate your gains.

Under your leadership, the parliament has read down key provisions of Article 370. I personally oppose this move and believe the constitution has been savagely undermined. However, I am certain that you and your supporters are ecstatic and it is a victory that Hindutva forces have long fought for.

I did, however, want to respond to your address to the nation on August 8, 2019, when you spoke about reasons for this move.

You may be wondering why I did not write to you sooner. Unfortunately, I was in Kashmir at that time and when you are under house arrest (thousands remain under some form of detention), with no ability to communicate with the outside world, it is rather difficult to write to your Prime Minister or anyone else.

In any event, let us come to the point. In your speech, delivered with your usual rhetorical flourishes that have so endeared you to your supporters, you provided multiple justifications for your government’s decision. In your speech, you argued that because of Article 370 Jammu and Kashmir suffered on three main counts: development, terrorism, and corruption.

Among other issues, you also referred to lack of strong legal protection for minorities such as scheduled castes. Allow me to address these and separate fact from fiction.

While it can be no one’s case that Jammu and Kashmir’s economy is in excellent shape or that it can’t do better, it is quite a leap to paint the state as a development laggard.

Mr. Prime Minister, you may be surprised to know that Jammu and Kashmir is ahead of many states along a number of important development indicators. Did you know that J&K’s poverty headcount ratio is only 8.1% (Tendulkar estimates, 2011-12)?

This places our state (sorry, former state) among the five best performing states and Union Territories. For reference, the national average was 21.9%.

Are you aware that in terms of the Human Development Index (translated from the United Nations Development Programme’s index by the Global Data Lab), which aggregates information on life expectancy, education, and per capita income, J&K’s score in 2017 was 0.679, much above the national average of 0.639? 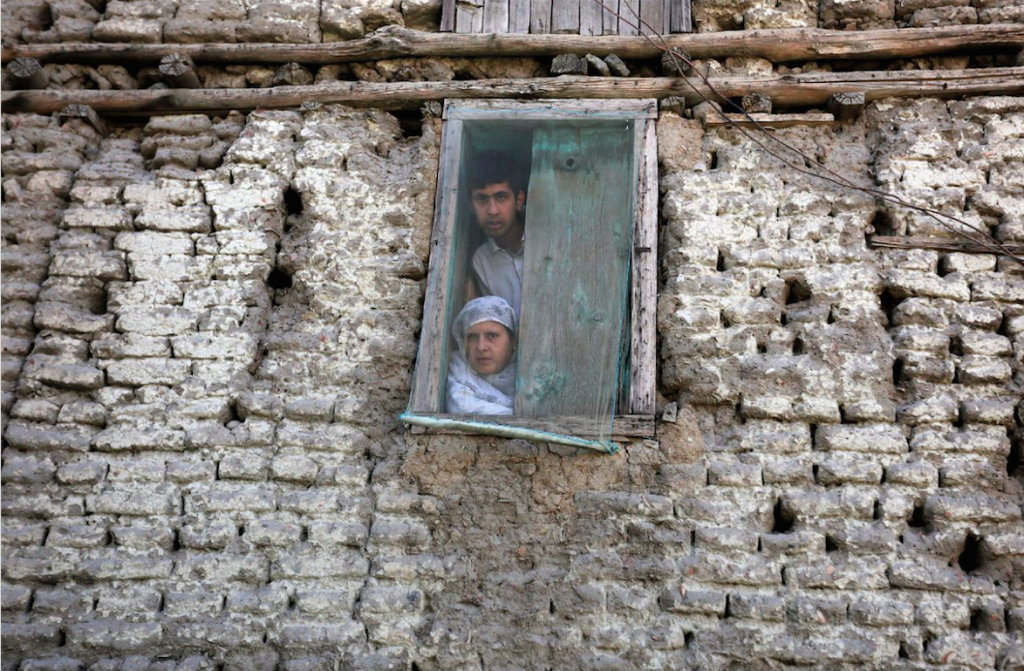 Kashmiris in Srinagar watch protests outside their house on August 8, 2019. Photo: Reuters

Did you know, Mr. Prime Minister, that J&K hosts lakhs of economic migrants from other states? We welcome them and their contributions. But they would not be in J&K if they had better opportunities in their own states.

With good and improving human development indicators and low poverty, J&K remains ahead of many other states. I don’t believe there is any evidence that Article 370 is responsible for either J&K being better off or worse off on the development front than other states.

I think you just made that justification up.

Has terrorism increased because of Article 370?

This justification, Mr. Prime Minister, is even more dubious than the one about development. Article 370 came into existence as a result of negotiations in the 1950s. From its inception until the late 1980s, there was no serious terrorism in J&K. 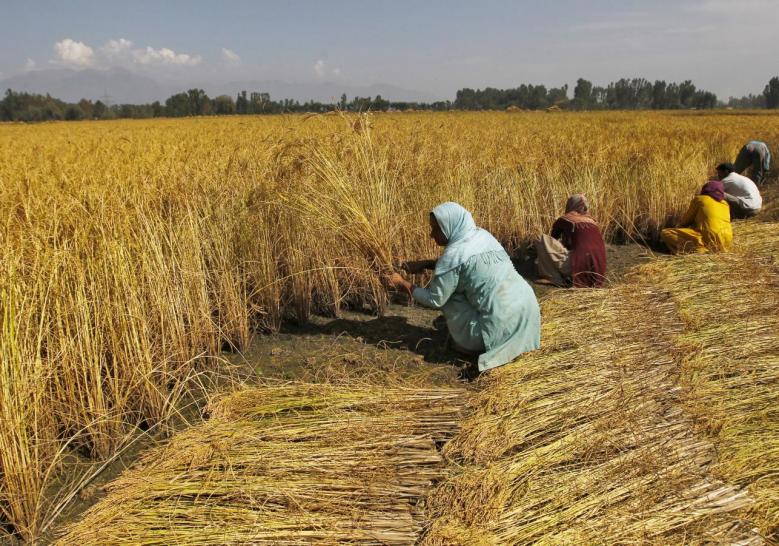 Since 1988, official data indicates that more than 44,000 people have been killed in a conflict that seems never-ending. But, Sir, if Article 370 is to blame for terrorism in J&K, why was terrorism largely absent between 1950s until the late 1980s?

Also read: Kashmir Decision Could be Distracting India From Its National Security Priorities

I am certain you are aware but perhaps many in the country are not that killings in terror incidents peaked at 4,507 in 2001 but efforts by the Atal Bihari Vajpayee and Manmohan Singh governments brought down these killings over a period of time to only to 193 in 2014.

Article 370 was prevalent during that time of sharply declining violence.

It is also true that violence has increased since you took office and, in 2018, more soldiers were killed in J&K than in any year since 2008. Does that mean your government is responsible for the increase in terrorist violence in J&K?

Should we then ask for your government’s dismissal? Is it possible that the “culprit” is not really Article 370?

Has Article 370 led to corruption?

Coming from the leader of the BJP, this is a rather strange accusation. You talk of a few corrupt families using Article 370 to their advantage. Presumably, you are referring to the Abdullah and Mufti families.

If this is what the BJP believes, Mr. Prime Minister, why did the Vajpayee government choose Omar Abdullah as a face of our country by appointing him as the Minister of State for External Affairs?

If prime minister Vajpayee’s judgment was poor, why did you, Sir, form an alliance with Mufti Mohammed Sayeed and later with Mehbooba Mufti? What forced you to join hands with these allegedly corrupt families that were supposedly misusing Article 370? 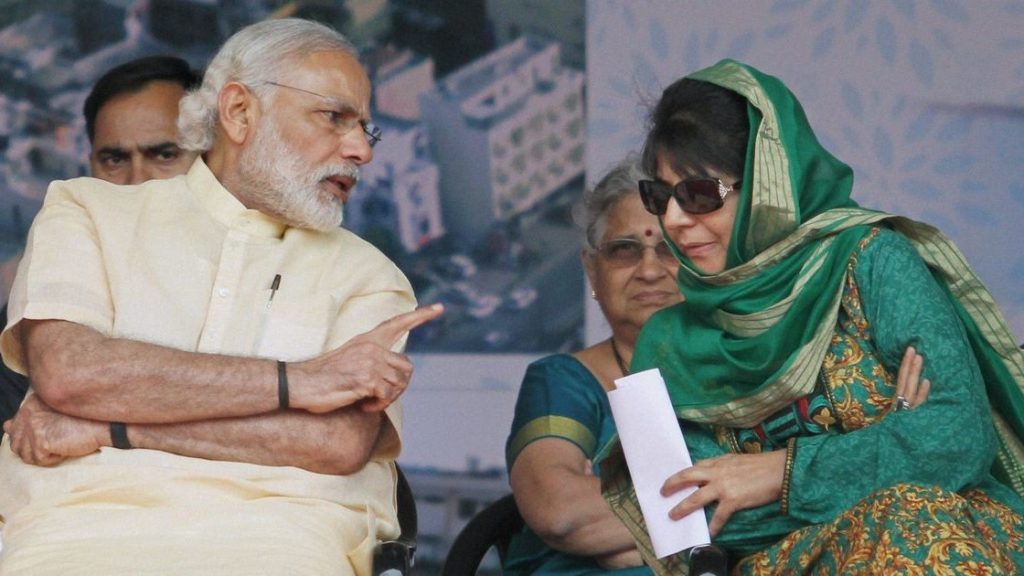 Please don’t get me wrong, I do think there is a corruption problem in J&K.

But it is the same situation in the rest of the country. I have now seen the political landscape of India closely and I think you only have to look at the kind of money spent on elections in other parts of the country to understand that J&K’s politicians are small fry compared to their counterparts elsewhere.

By the way, Mr. Prime Minister, have you explained to the people of the country how political parties (mostly BJP) managed to spend more money ($8.6 billion) in the 2019 election than the combined amount spent on the United States presidential and congressional election of 2016 ($6.5 billion)?

That is what a report by the Centre of Media Studies appears to indicate. Also, have you and your party president, Mr. Amit Shah, explained to our fellow citizens the motivations of those who purchased electoral bonds worth Rs 3,600 crores in just the two months of March and April, 2019?

Who was giving so much money to political parties during the election? Why?

If you do not know the answer, I don’t know who does. Most of the money comes to the BJP anyway. Instead of linking Article 370 to corruption in J&K, the more appropriate question is the following: what article is fuelling high-level corruption in the rest of the country? Please think about it and share a response with all of us.

Also read: The Rise of the NaMo Cult and What Lies Ahead for ‘New India’

Let me quickly share with you one final point. In J&K, all of us have tried to coexist peacefully. It hasn’t always worked out well but we are not a basket case.

As an example, according to the 2016 report of the National Crime Records Bureau (NCRB), the rate of crimes (cases per lakh population) against scheduled castes in J&K stood at 0.1. The average for other states was 20.6. For reference, Gujarat was at 32.5.

Sir, you do seem to have some problems in Gujarat. High per capita incomes may be masking deeper social problems. This is just a friendly pointer.

I hope it is clear that your justifications for damaging the constitution and hurting the people of J&K by reading down Article 370 are not in line with the facts. This reminds me of the time you presented justifications for demonetisation. We now know how disastrous that step was.

We are still paying for it and we will continue to pay a price for that autocratic decision. Let’s hope your decision on Article 370 has less dire consequences.

Sadly, I wish I could be more sanguine. Your talk of bringing development to the people of Jammu and Kashmir reminds me of British colonialists who wanted to “civilise” the natives in India. That didn’t turn out so well.

We can take care of ourselves, thank you very much. I say this in the spirit of cooperative federalism.

The author is a Kashmiri and a national spokesperson of the Congress party.