The lockdown had forced many to try and return to their villages in West Bengal. But the devastation caused by the cyclone is now making them think again. 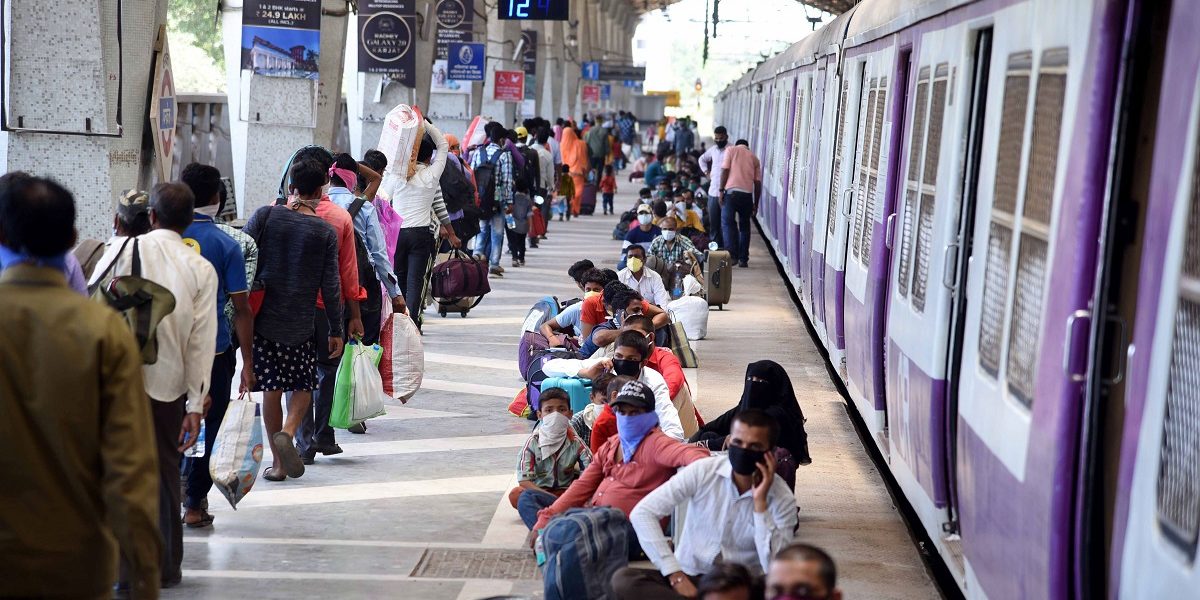 Mumbai: After ceaseless attempts, when 27-year-old Nasir Mondal finally got through to his mother’s phone in Chandipur village in North 24 Parganas district in West Bengal on Thursday evening, he knew life back home is not going to be the same. His small thatched roof house, the only property his landless family possessed, had been flattened by the cyclonic storm Amphan. “Shob shesh hoye gyalo (Everything is over),” his mother told him over the phone. The cyclone had hit his village hard – over 300 houses had been destroyed in a matter of an hour.

Mondal, a labourer at a construction site in Mumbai’s Govandi, had been struggling to get home for nearly two months, since the lockdown was imposed across India to contain the spread of the coronavirus. When Mumbai city failed him and his family, like several thousand labourers, he too wanted to return to his home state. Finally on Friday, with the help of some good Samaritans, he is scheduled to cover close to 2,200 kilometres on a bus.

Also Read: ‘The Gods Can Simply Kill Us’: A Ground Report From a City that Weathered a Deluge

But now, he wonders if there is reason for him to make the journey. “Majak ban gayi hai zindagi (Life has become a joke),” he says, as he shared a bunch of videos and photos that his relatives have sent him from the village.

Mumbai is home to several labourers migrating from across the country, of which a few lakh are from West Bengal alone. Most of them are landless and have been displaced due to abject poverty and harsh weather conditions. They are forced to take up off-jobs in the city for survival. Their condition, however, worsened once the lockdown was imposed. Employees, who get away without checks and accountability, refuse to pay them their dues and most people have been stuck in the city with no food or money.

“For the past two months, I have been stuck here and each day, I would tell my aged parents that I will be back home and find some job there. Nothing is left now,” Nasir said. The cyclone – the fiercest in 283 years – had pounded the North and South 24 Parganas and state capital Kolkata for more than four hours during the landfall. Several lives have been lost; several hundred have gone missing since the cyclone pounded the area.

Many villages have lost connectivity as hundreds of trees have been uprooted, knocking down electricity poles and damaging buildings. Some of the low-lying areas in south West Bengal have been inundated and the heavy downpour has washed away embankments in many areas.

Also Read: Cyclone Amphan: After Night of Darkness, a Morning of Untold Devastation

For many like Nasir, the coming months will only be spent trying to rebuild their houses. Some might even have to migrate to ensure that they are not faced with a similar disaster in the future. A scene from Faruk Uddin Laskar’s village in West Bengal, after it was ravaged by cyclone Amphan. Photo: By arrangement

Some of Nasir’s co-workers, who are scheduled to return to their home town, are now reconsidering their decisions. Until the morning of May 21, 22-year-old Faruk Uddin Laskar was eager to head back home. “But my mother has asked me not to come,” he says. Laskar, an undergraduate student, was planning to return home, with the hope that he could earn and complete his education. The lockdown and now the cyclone have completely crashed his hopes.

“Can you find me a job here?” he asks, as his voice breaks. Laskar’s village in North 24 Parganas too has been ravaged by the cyclone. His mother and younger brother have been moved to the nearby panchayat school. “Once I get back, I too will have to move in with them in the school. There is no clarity on how the state plans to support us now. My mother called me twice asking me to arrange money. I literally have zero balance in my account,” he said.

Soon after the cyclone, West Bengal chief minister Mamata Banerjee had reached out to Prime Minister Narendra Modi and had urged them to release central relief funds. “I have never witnessed such a fierce cyclone and destruction in my life. I would request Prime Minister Narendra Modi to come and visit Cyclone Amphan-affected areas,” she said. PM Modi has said he will extend all help and support needed to rebuild the state.

After the Centre started Shramik trains on May 1 to ferry stranded labourers to their respective states, the Banerjee government was the last to open up its borders. Even now, there are fewer trains entering the state and most labourers have been forced to take riskier modes of transport like trucks and buses to cover thousands of kilometres.

Laskar says the state’s response over the past two months has not instilled any confidence. “All their words seem empty now. We asked for help for over two months, no one came to us. Now, when everything is destroyed, the government says it will provide help. We didn’t trust them then, we don’t trust them now,” he added.