Several of the women protesters complained that male police officers had manhandled them. 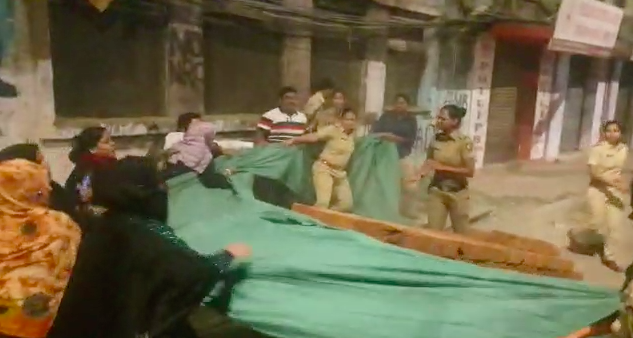 Mumbai: Women anti-Citizenship Amendment Act protesters at Mumbai Bagh have accused the city police of using force and attacking them late at night after they had fallen asleep. The incident, according to the protesters, occurred at around 4 am on March 6. While the Mumbai police have claimed that no such incident took place, several videos of women protesters crying and fainting in the aftermath have since been circulated.

The reasons for the attack, the protesters say, was a thin blue tarpaulin sheet they had put up a day before to protect the site from the sun. “It has been exceptionally sunny over the past few days and women have been exhausted sitting here every day in the sun. Some of us thought it would better to protect ourselves and invested in a small sheet. At night, however, the police team came and beat some of us. They also confiscated the sheet,” said Barira, one of the protesters, who has been at the protest site in Mumbai’s Morland Road since January 26, when it began. 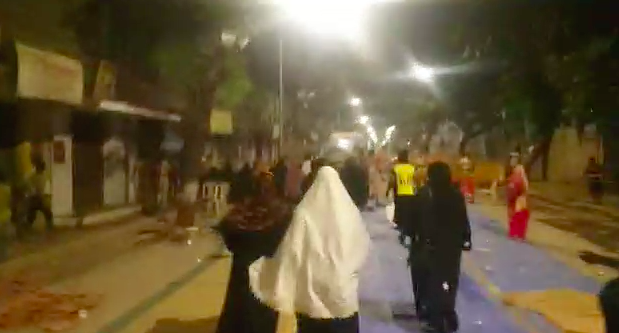 Styled around the famous Shaheen Bagh protest of Delhi that started on December 14, last year, Mumbai Bagh protesters too have been gathering at the protest site in the Nagpada area of Mumbai. Several similar sites have emerged across the country against the central government’s recently passed Citizenship Amendment Act and imminent implementation of the nationwide National Register of Citizens (NRC) and National Population Register (NPR).

The protest in Mumbai that began with just a handful of women has over 300 women gathering there now. Women have been taking turns and participating in the protest. But at night, there are fewer of them. Some men too take turns and stay around the protest site to ensure the women are safe there.

Soon after the men left for the morning namaz to the nearby mosque, police entered the protest spot, a woman told The Wire. “They were clearly waiting to strike. As soon as the police started attacking us, we called up men and other supporters and they arrived here,” a protester, who was allegedly roughed up by the police said. 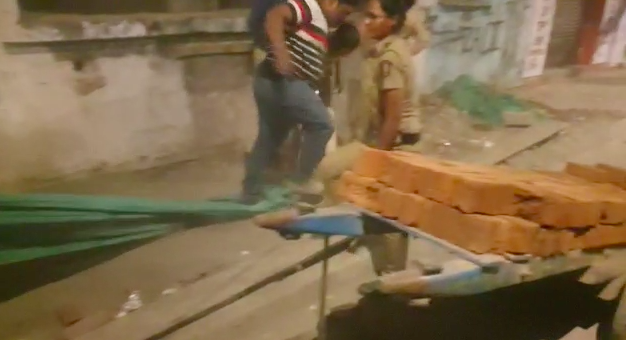 A man in plain clothes stomps on the tarp in front of police at Mumbai Bagh. Photo: Video screengrab

“Around five of them, including senior police inspector Shalini Sharma landed here. They caught hold of women by their burqa, and started to drag them out. We asked for the reasons behind the police’s sudden attack. Shalini madam said we have illegally occupied the space,” said one of the women who was present at night. At least two women were injured and had to be rushed to the hospital.

The women allege that male police constables too were present and one of them, particularly, was very violent. “We were touched improperly and pushed around by the men. They were not in their police uniform, so we don’t even know if they were really cops,” said a woman in her 50s. Her left hand has been injured in the incident.

Soon after the incident, messages were sent out on solidarity network groups and a large number of supporters joined the protest. By evening, the area around Morland Road saw a huge rush. “If Mumbai police doesn’t take an action against Sharma and her team, we plan to gherao Nagpada police station,” a protester said. Three new blue tarpaulin sheets were bought and hoisted around the place where women were seated. “Let see what they do now,” a visibly angry woman said. 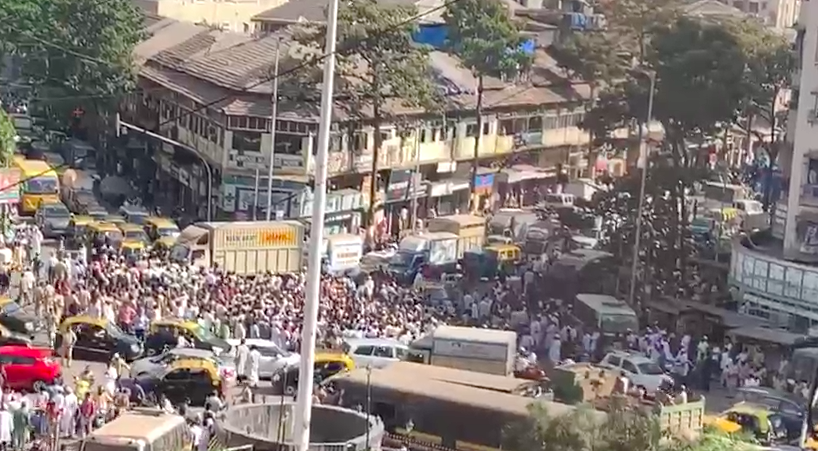 The women have accused Sharma of communally approaching their protest. “We have been peaceful right from day one. But under Shalini Sharma’s instructions, the police have been acting arrogantly with us. Many of us have even been served with notices under section 149 of the CrPC. The police keep coming here and intimidating us,” said a young student.

Another said that when the police were attacking them early morning, they had tried to plead with Sharma to not use force. “She retorted, tumhara sarkaar hai. Unse jaake baat karo. Isn’t she working here as a Maharashtra state police? Is she reporting to the earlier BJP police?” an agitated protester asked. Most of the protesters did not want their identities to be revealed fearing backlash from the police. 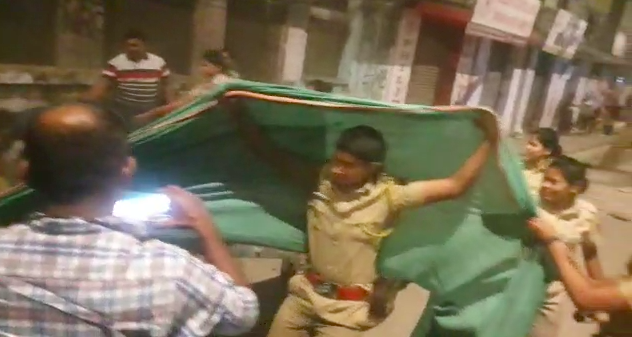 When The Wire called up Shalini Sharma for her response, she first refused to talk. But later said, “All is well. All is chill. Nothing has happened.” She also added that bandobast (security) have been beefed up at the protest site.

Last month, citing reasons of road repair, the Nagpada police had registered an FIR under Section 341 (punishment for wrongful restraint) of the Indian Penal Code. This complaint was registered after assistant municipal commissioner Alka Sasaane asked the protesters to move out from the site. The protesters say that for the past seven months, no work has been carried out on this stretch and it was chosen as a site of protest for precisely this reason. The FIR lists over 300 persons as accused in the case.

The anti-CAA protests in the state have by far remained peaceful but the Maharashtra state government has slapped cases against those protesting.

And these actions have been taken even when the state government has expressed its reservation over implementing the law in the state. Most protesters at Mumbai Bagh and at other places have expressed their disappointment over the state’s behaviour.