As per the draft amendment, any news that has been identified as 'fake' by the PIB’s fact-checking unit or other Union government agencies will have to be taken down by all social media platforms. 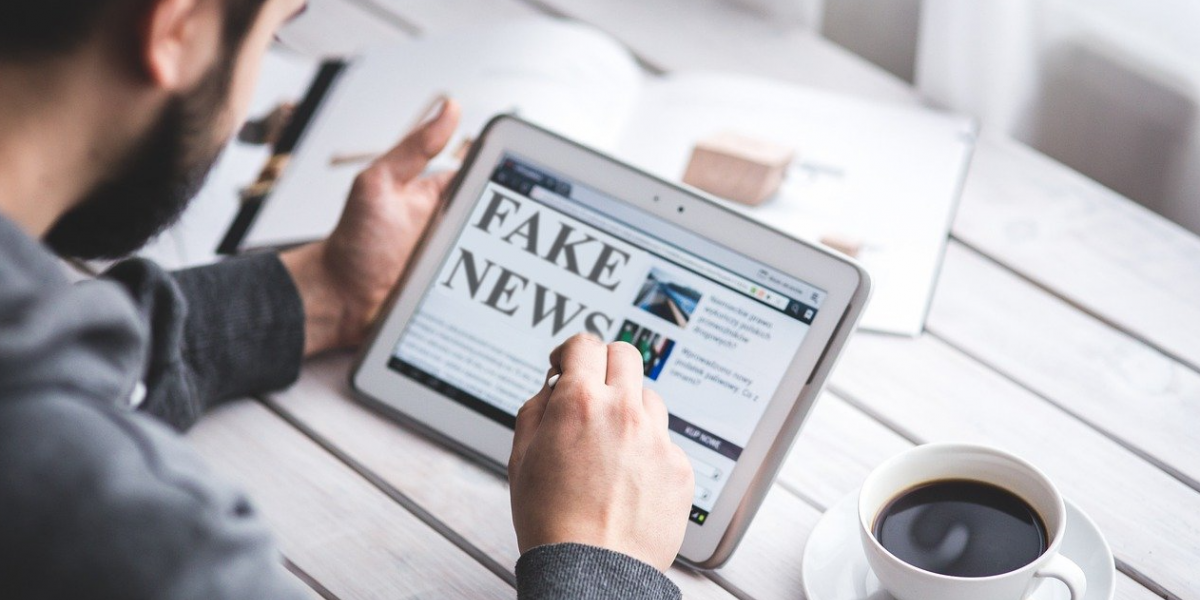 According to the draft amendment, any news that has been identified as “fake” or false by the Press Information Bureau’s fact-checking unit or other Union government agencies will have to be taken down by all social media platforms.

The opposition parties have said that with this move, the Narendra Modi government wants to “silence its critics” through social and digital media platforms, which remain the last bastions to call its actions to account.

She added that she was astounded that this amendment has been brought when the IT Rules, 2021, are being contested in various courts. “The Bombay high court has even stayed some parts of it. So while that is happening, how do you add more to it.”

Also read: ‘What Was the Need to Introduce New IT Rules?’: Bombay Hc Asks Union Govt

She also asked what is the action that the government proposes in the event of a violation. “Are you going to blacklist an entity, are you going to cancel the licences, are you going to jail them. What are the consequences? Policymaking cannot happen because it suited your will one fine day.”

The Congress spokesperson also questioned the competence of PIB in fact-checking news. “What is the Press Information Bureau’s fact-checking unit composed of and what is the process they follow? Who are these people?” she asked.

She also enumerated various instances where PIB’s fact-checking was proved wrong. “We have seen instances where stories or information has been labelled as ‘fake news’ and then the government acted on it. Whether it was the exclusion of children from Aadhaar, stories which The Wire has done, news about railway privatisation (about which Rahul Gandhi spoke in November 2022) or the news about the Chinese incursion, which was first labelled as ‘fake news’, and then, after the defence ministry put it on its website and admitted that there was an incursion, the PIB fact-check was called out.”

She also asked how PIB can do a fair job of fact-checking when it was a part of the government. “There is also a huge conflict of interest involving the PIB. This is a government which is acting as the judge, jury and executioner because PIB reports to the Ministry of Information and Broadcasting, which is part of the Government of India,” she said.

“Also, if the government is keen on clamping down on fake news, what is it or the ruling party doing internally? The ministers, MPs, the ruling party spokespersons and the social media heads have been caught lying on various occasions. They have been found propagating fake news. What action has been taken against them? This is a huge question because it raises the issue of credibility,” she added.

She added that if a tweet or a Facebook post by verified social media users of the BJP are labelled as ‘out of context’ or ‘misleading’, or are called out, then there should be a crackdown on the government machinery and the BJP itself.

Also read: Politics in 2022: An Insipid Yet Dominant BJP and a Split Opposition in a Divided Nation

“If they are really serious about cracking down on fake news, then what is the problem with independent fact-checkers? The government is very uncomfortable with independent news verification agencies,” she added.

Referring to the case against Alt News co-founder and fact-checker Mohammed Zubair over a four-year-old post, she said: “It took no less than the Supreme Court of India to intervene and give the man some respite. But look at the shocking and brazen way in which the BJP and the troll army comes after you if you say something, which is inconvenient and is not fake news. This leaves a lot of room for speculation.”

“There are many issues which are going to be inconvenient for the government – where policies are found to be lacking, or where there are problems with policymaking or policy execution. Be it the handling of the COVID-19 crisis, handling of vaccination, the Chinese incursion or their occupation of our territory, time and again, on various issues that have been raised, instead of treating the news or the media as a mirror to policymaking and making amendments that are required, this government has cracked down on the media itself. And if this is not coming down on freedom of speech and expression, then I really wonder what is,” she said.

Saying that the proposed amendment is a “problematic thing”, she said: “It is still in the phase where it is going to be discussed and public consultation will happen. But I seriously feel that at the heart of this is the motive to silence critics. I think the media has to stand up to it and everybody who holds the government responsible has to speak against this.”

Also read: Backstory: How Gautam Adani Became ‘the Story’ for the Media

The view among the Left is also that the actual intention behind the move is to curb free flow of information and that there should be an independent body to curb fake news. Also, the interpretation of what is fake should not be left to the executive alone.

Communist Party of India (Marxist) MP John Brittas termed the decision as “highly arbitrary and unilateral”, adding that there is no disputing the fact that there is a flood of fake news today. “However, when the government brings certain regulations, it should also look at the far-reaching consequences they have,” he said.

“I am of the opinion that any decision of this government is aimed at choking the free flow of information. The conventional media, be it radio, television or print, have all caved in under the pressure of the government. Only the new media is beyond the control of this government and it has been trying to ensure that there are regulations in place which are intended to choke the flow of information and dissemination of news,” he added.

‘Do not leave the decisions to bureaucrats’

He said the Parliament Standing Committee on Information Technology has on many occasions told the government that when you flag an issue or try to avoid a situation, unless you process, you should not leave the decision to the bureaucrats. “What has happened now is that the executive is arrogating itself with the power of deciding what the people should or should not know,” he added.

Saying that there should be an independent body, constituted to see what is fake or not, the CPI(M) MP said: “This body should not be under the control of the Government of India because the scope of interpretation is huge. Even when the information is not fake, the interpretation may not be palatable to the government. For example, the BBC documentary which has come out. The government can easily say it is fake because it may not be in tune with its analytical interpretation.”

He, therefore, added that “if at all the government is serious about curbing fake news, it should have a due process in place and that should be beyond the control of the executive.”

`Proposal, if implemented, will make government a super censor’

He further said that the MeitY proposal that seeks to force social media platforms to take down content “fact-checked” by the PIB as false “needs to be opposed without even a second look”.

“At the most basic level, the question to be asked is how a wing of the nodal agency of the Government of India, whose job is ‘to disseminate information to the print and electronic media on government policies, programmes, initiatives and achievements, could be the deciding authority on what is factual and what is not.”

“The disturbing absurdity of an interested party also playing the judge cannot be missed. It is a really nasty world of disinformation out there but one would have to be delusional to think that governments do not have an axe to grind. If the proposal is implemented, the government can play the super censor at will,” he said.

He also pointed out that “the government in recent years has given enough indications that it wants to control the news sphere. The reworked IT Rules in early 2021 are an example of this. A similar mindset was reflected in the provisions of the data privacy Bill that gave the government agencies a free pass.”

And now, he said, with PIB’s “fact-checking” units, the government will have a tool with which it can easily throttle voices opposing it.

“The Editors Guild of India has rightly criticised the proposal by pointing out that ‘determination of fake news cannot be in the sole hands of the government and will result in the censorship of the press’. Fake news has to be dealt with in an appropriate manner, but the proposal in question will only make the task harder,” he added.

Also read: ‘Can Become a Mechanism to Muzzle the Press’: Digipub on Proposed Amendments to IT Rules

‘Amendment will only weaken democracy’

Neeraj Kumar, the spokesperson for the Janata Dal (United), which till August 2021 was an ally of the BJP, too, slammed the proposed amendment saying it was not aimed at creating a transparent system. Rather, the intention was to weaken the system, and in turn, the democracy, he added.

He alleged, “First of all, it should be remembered that this government came to power through ‘WhatsApp university and Twitter university’. Their methodology was to spread misinformation, tarnish people’s image, put sedition charge on someone and declare them as ‘anti-national’. This is how they are known to spread canard.”

“But now, when the videos of their old ‘commitments’ are being publicised by the youth, when they are finding themselves to be in the dock, they are realising the extent of the impact of news and want to term it as ‘fake’ and block it,” he added.

“The other issue is that if you are making a law, for example, to give an agency the power to determine if a news is fake or not, then what would be the yardsticks. Who will oversee such an agency?” he asked.

Kumar insisted that instead of creating a transparent system, the government “through the amendments is somewhere trying to weaken the system which in itself is a conspiracy to weaken the democracy”.

Noting that the internet, media, and digital platforms have a major role to play in a democracy, the JD(U) spokesperson also asked, “Why is all-party consensus not being developed on these issues. This is an issue which relates to the common citizens. So, if any important decision is to be taken, then all the parties must be taken into confidence and consulted before taking a final call.”