Anyone Else Notice What Modi Said About the CAA in His Letter to Afghanistan's Embattled Sikhs?

Nothing. And thereby hangs a tale. 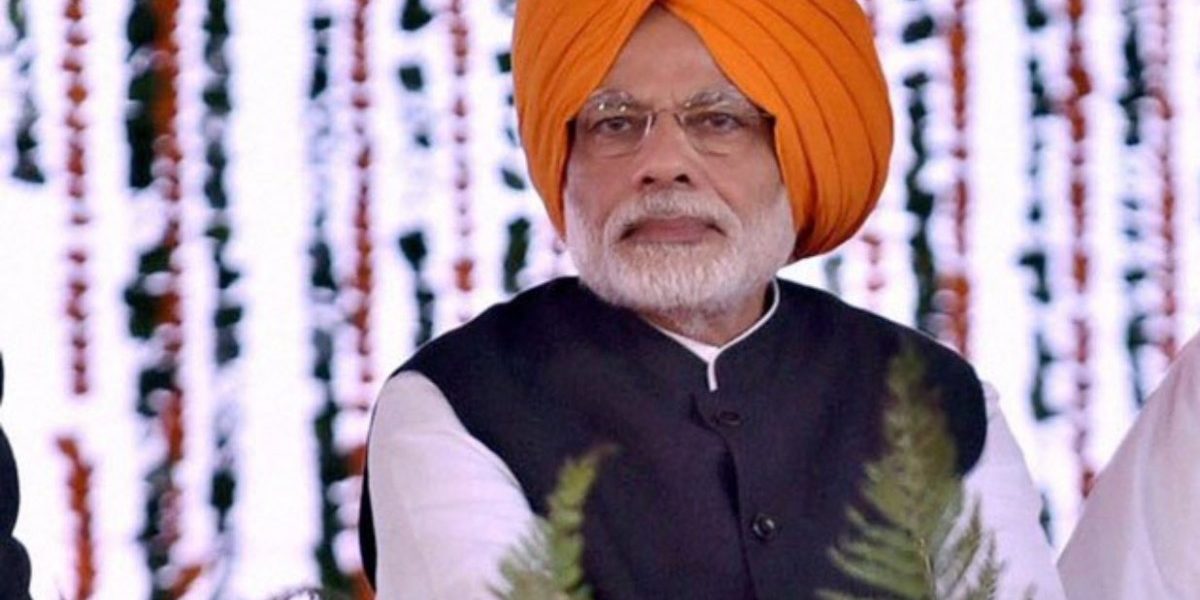 One of the cruellest tricks played on the Hindus and Sikhs of Afghanistan and Pakistan by Prime Minister Narendra Modi is the cynical use he has made of their vulnerable status to polarise Indian society on communal lines without doing the one thing required to actually address their plight: giving them a guarantee of proper refuge in India.

We were served an unwelcome reminder of his government’s hypocrisy on Sunday when it announced that an ‘emergency’ decision has been taken to process electronic visas for over a hundred Sikh and Hindu Afghans whose applications for an Indian visa had been kept pending since the Taliban took over Kabul last August. “He was trying to get a visa ever since the Taliban took over Afghanistan,” the widow of Sawinder Singh, an Afghan Sikh killed in the attack, told PTI. “Had he got his visa in time he would have not have died this brutal death.”

That it took a terrorist attack on a Kabul gurudwara by the Islamic State to finally goad Modi into providing a haven for these vulnerable Afghans tells us all we need to know about the “humanitarian concerns” supposedly driving his government’s controversial Citizenship (Amendment) Act (CAA).

On Monday, the prime minister wrote a short letter to “members of the Afghan Sikh community” extending “India’s solidarity with the Afghan Hindu-Sikh community at this difficult moment of suffering and pain.” Three words which were missing from the letter were ‘Citizenship Amendment Act’.

The omission was surprising given the use Modi and his ministers had made of the ‘Afghan Hindu-Sikh community’ to justify the CAA. “Recent developments in our volatile neighbourhood & the way Sikhs & Hindus are going through a harrowing time are precisely why it was necessary to enact the Citizenship Amendment Act,” Hardeep Puri had tweeted last August when the Taliban took over. These claims were dishonest, of course, since the CAA had a cut-off of December 2014 and was never meant to help those buffeted by “recent developments”. But they were dishonest for another, more shocking reason: the Act was just a political stunt to polarise Indian society.

The official rationale for pushing the CAA through parliament in 2019 was that the Hindus and Sikhs of Afghanistan and Pakistan (but also from Bangladesh) were a persecuted, embattled, endangered religious minority that needed an expedited pathway to Indian citizenship regardless of whether they entered the country with valid papers.

India did indeed have an obligation to provide refuge to these persecuted souls, about that there is no doubt. Historically, India has always opened its doors for people from the region and beyond who were forced – by violence or persecution – to leave their own lands. But instead of adopting a transparent and humanitarian refugee policy that would have enabled the Afghan Sikhs and Hindus to enter India or, having entered, to live and work here as long as they liked, Modi and Union home minister Amit Shah decided on a more circuitous – and ultimately bogus – route: amending the Citizenship Act.

For the first time in India’s history as a civilisation and a republic, the CAA introduced religion as a criterion for taking in the persecuted and explicitly excluded undocumented Muslim refugees from the ambit of citizenship. Even though there are Muslim communities in Afghanistan and Pakistan that are subjected to discrimination, persecution and even violence – and the Ministry of External Affairs has commented on the plight of Muslim groups like the Ahmadis – the CAA inexplicably excluded persecuted Muslim refugees from the law’s provisions.

This is how the logic was summarised in the CAA’s statement of objects and reasons:

“The constitutions of Pakistan, Afghanistan and Bangladesh provide for a specific state religion. As a result, many persons belonging to Hindu, Sikh, Buddhist, Jain, Parsi and Christian communities have faced persecution on grounds of religion in those countries. Some of them also have fears about such persecution in their day-to-day life where right to practice, profess and propagate their religion has been obstructed and restricted. Many such persons have fled to India to seek shelter and continued to stay in India even if their travel documents have expired or they have incomplete or no documents.”

It is clear from the above rationale that the immediate problem the CAA was purportedly trying to address was one of refuge and not citizenship. However, the government’s aim was not to help persecuted refugees but to drive a legal nail in the coffin of constitutional equality by introducing religious belief as a qualifier for the grant of citizenship to foreigners by the Indian state.

The aim was to send a signal within the country: that India was the natural home of only Hindus (and Sikhs) and Muslims could not be trusted with Indian citizenship. Using the persecution of Hindus and Sikhs in the neighbourhood as a pretext, Modi and Shah pushed the CAA as a tool to polarise and communalise Indian society. And since that purpose has been nicely served, the CAA’s provisions – and the benefits they were meant to provide to Hindu and Sikh refugees – have been conveniently benched.  That is why Modi’s letter to the Afghan Sikhs on Monday made no mention of the CAA. That is why the CAA’s rules have not been notified even three years after the law was enacted. That is why there have been reports of 800 Hindu families from Pakistan being forced to return to Pakistan because the promised residency rights never came. And that is why it took a terrorist attack on a gurudwara in Kabul to remind the prime minister that Sikhs in Afghanistan urgently need to be given visas to allow them to come to India for their own safety.

What India needs urgently is a modern, humanitarian refugee policy and a proper refugee law that recognises the multiple forms of persecution which exist in the real world. A law which embodies the principle of non-refoulement (violated in the case of Rohingya refugees who are being sent back) for anyone who enters India with a well-founded fear of persecution. India is not a party to the 1951 Refugee Convention but there is no reason why it cannot pass domestic legislation that puts in place a transparent policy on refugees. Just as being Hindu or Sikh may create a presumption of persecution for members of those religions coming from Afghanistan or Pakistan – so that the authorities need not subject them to additional tests of qualification – being a Muslim from Myanmar or a Tibetan from China or an Ahmadi from Pakistan should also generate a similar presumption.

Once an individual’s refugee status is settled and she or he is able to live and work in India, normal rules of naturalisation would make it easy for them to acquire Indian citizenship, should they so desire it. The bar on granting citizenship to “illegal” entrants could then be lifted for anyone with refugee status, rather than for only non-Muslims as the CAA does.

Instead of polarising India on the basis of the CAA (which remains unimplemented three years later), Modi should have issued ad hoc instructions for the granting of de facto refugee status to those in need. And there should have been a sensible visa policy in place for those who needed to flee Afghanistan after the Taliban took power – Hindus, Sikhs, friends of India, artists and others. Had Modi done these things, chances are he wouldn’t have had to write the condolence letter he did.