A second wave of migrant movement has now begun. 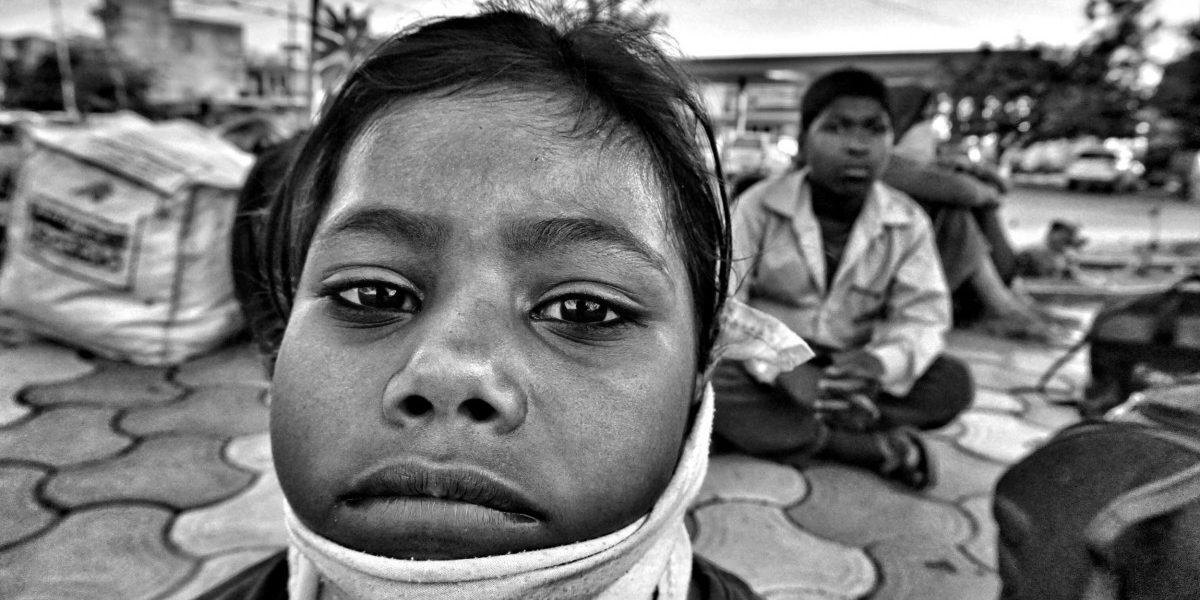 Children walk with their families to Sagar, MP.

New Delhi: The labour chowk in Noida is empty. It was once crowded with labourers and people who wanted to hire for masonry, bricklaying and plumbing jobs.

When the national lockdown was announced, the first casualty were these labourers – mostly migrants – who lived on daily wages. They had two options: leave for their villages or stayed back and struggle till the lockdown was lifted. Going home was a difficult task; there were no vehicles available. Many left – but many more stayed back.

What happened to those who remained? The lockdown continues, thought with some relaxations. And so does their struggle to make ends meet, without opportunities for employment. A second wave of migrant movement has now begun. 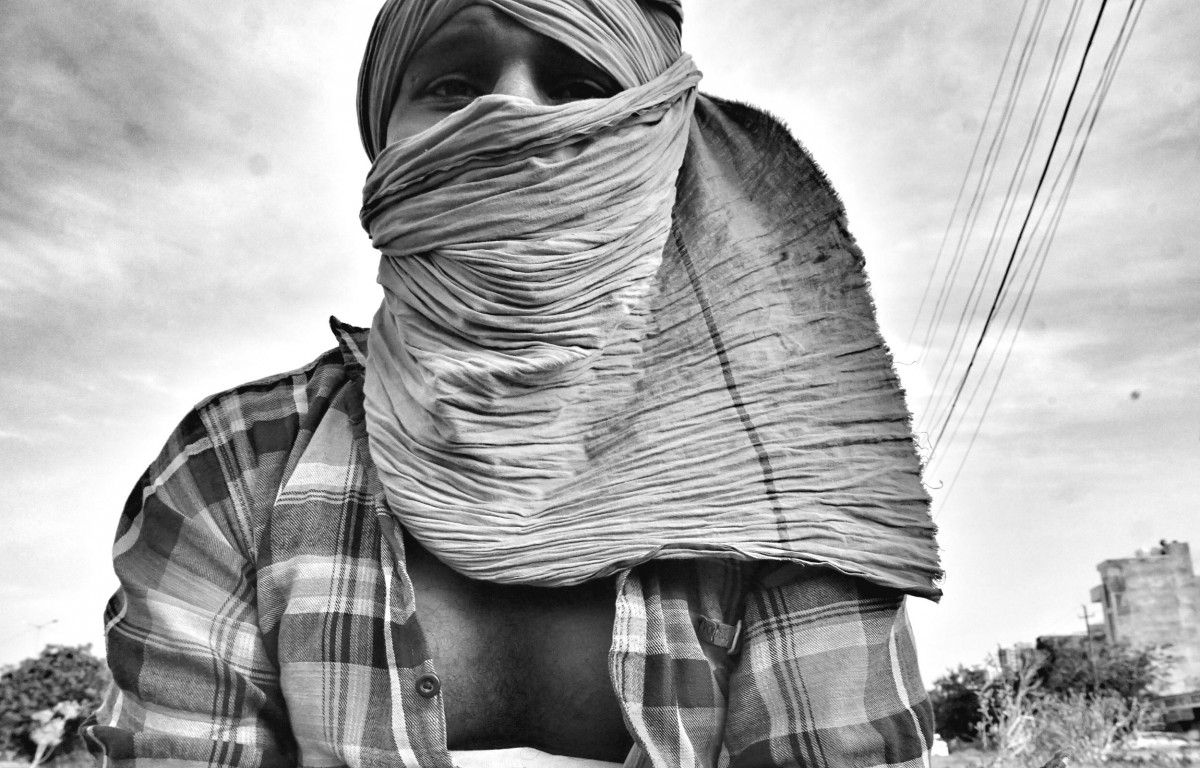 Dinesh, a labourer from MP, desperately wants to go back home. He believes his fellow villagers will help his family survive. 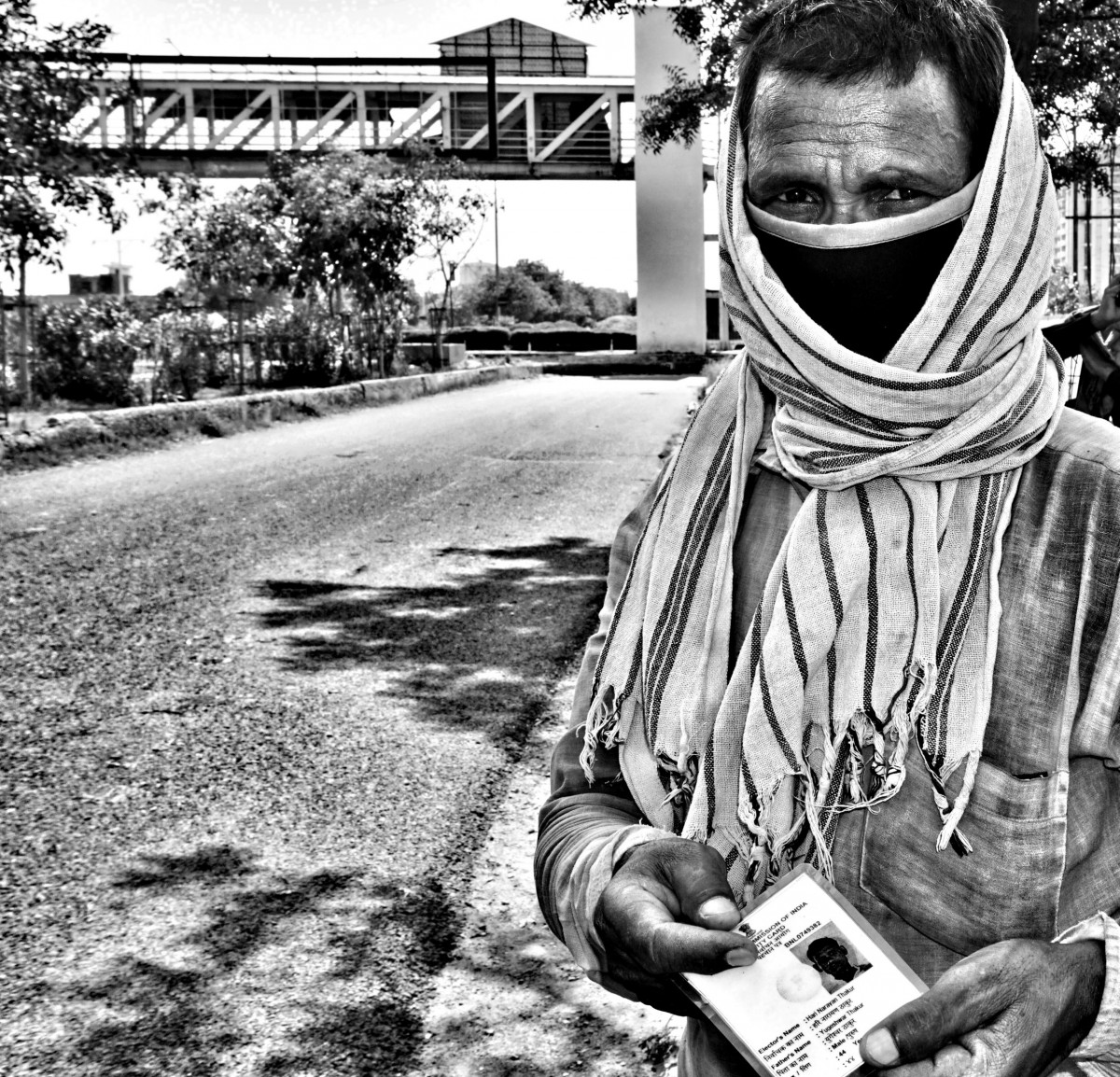 Hari Narayan Thakur, a mason, is from Bihar and desperately wants to go back to his village as he has run out of resources. 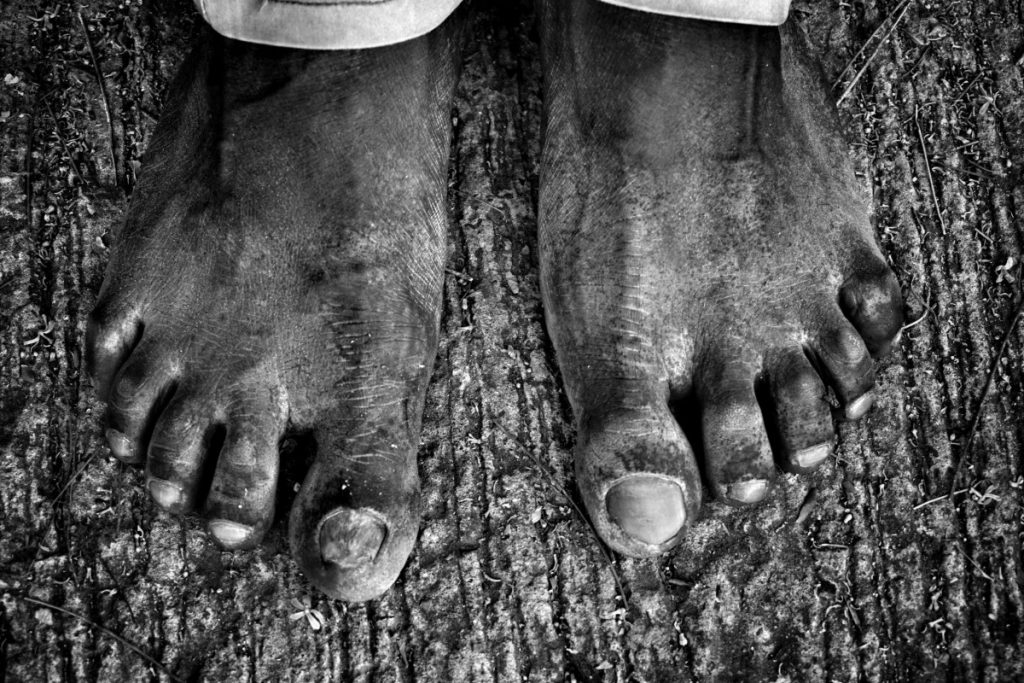 Vidyanand Thakur, a mason, has been eating watery dal and rice for the last 30 days. Now he is out of cash. “What shall I do?” he says. “The only option I have is to go back to my village in Bihar or die here in Noida without food.”

Tempers are high as Mohammed Arif, another migrant, showed me a list of names of people who filled a form to go to Bihar. According to Arif, he along with nine others filled the migrant labourers form, but none of the authorities in Greater Noida are recognising their papers. They have no choice, he says, but to continue on foot.

How will they manage in Bihar? “Life will somehow move there, but the constant increase of lockdown will make us face hunger and death. Survival is becoming a question,” one of them said. When asked on how much they are worried about COVID-19, a migrant named Alam answered, “Corona definitely kills but hunger also kills.” 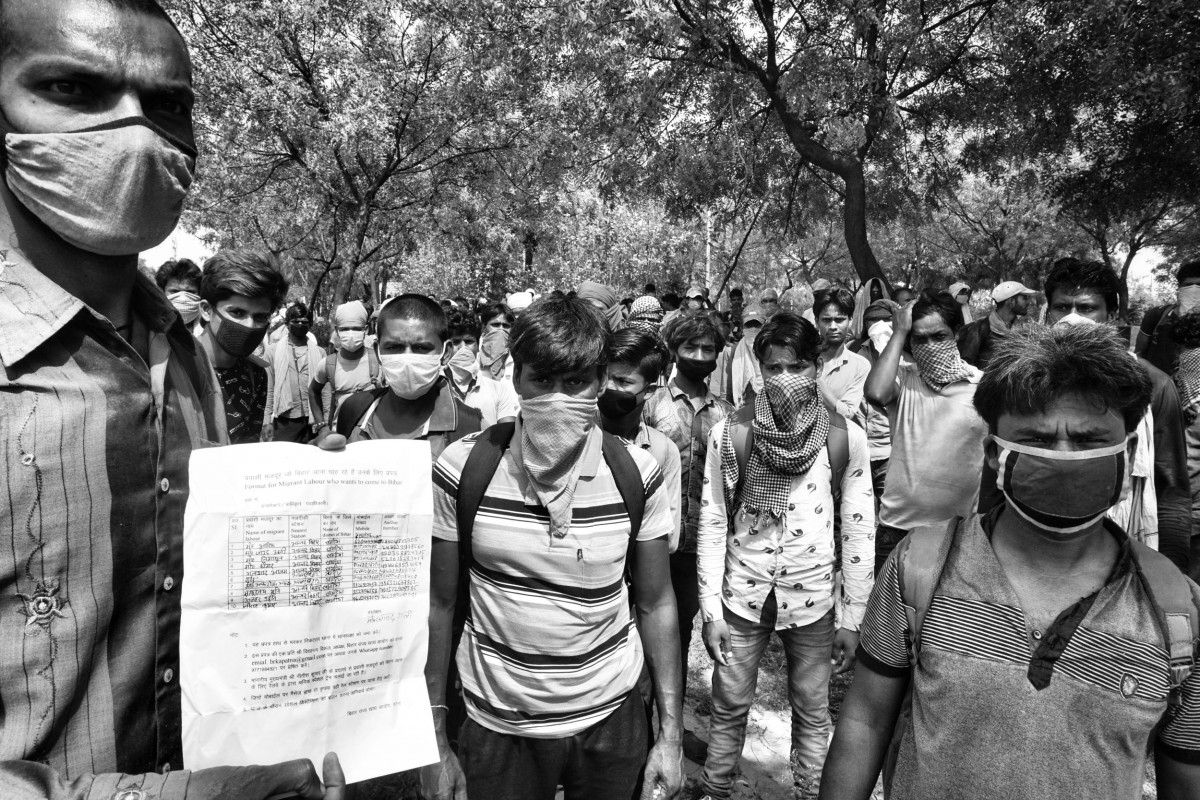 Md Arif has filled the form but the district administration has done nothing, he says. 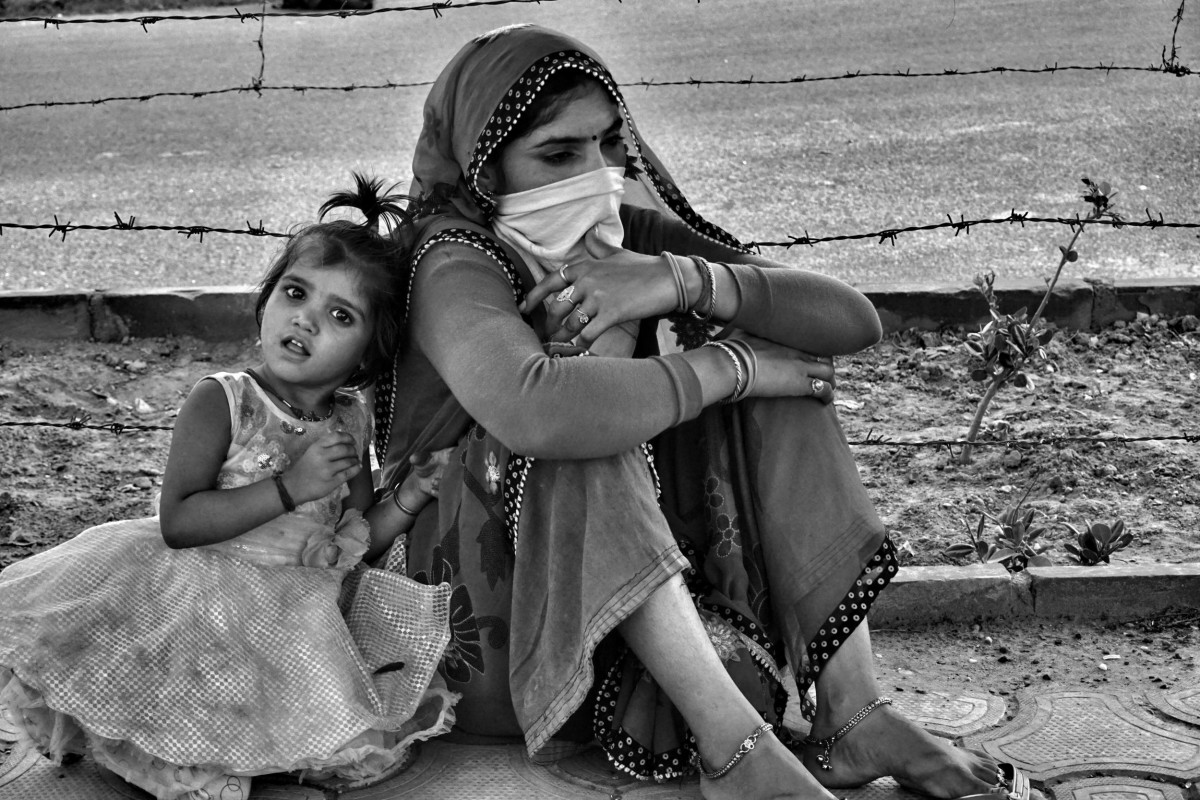 A mother and daughter sit on the side of the road, unsure of what comes next.

Suraj works for a construction company as a painter. Since the lockdown, he has been confined to his slum with no work and no pay. Whatever money him and others from the same village had has dried up. With no help from the construction firm, they are now on the road, hoping to cross 600 km to their village in Sagar, Madhya Pradesh.

The police is stopping them at checkpoints and sending them back to their temporary homes. But with few amenities and cramped living quarters, these migrants seem to be exposed to the disease more than ever.

Shambu is from Bihar. He’s exhausted, but happy that he can gift his wife a pressure cooker which be bought a few days before the lockdown. He says his wife has been asking for this for a long time. 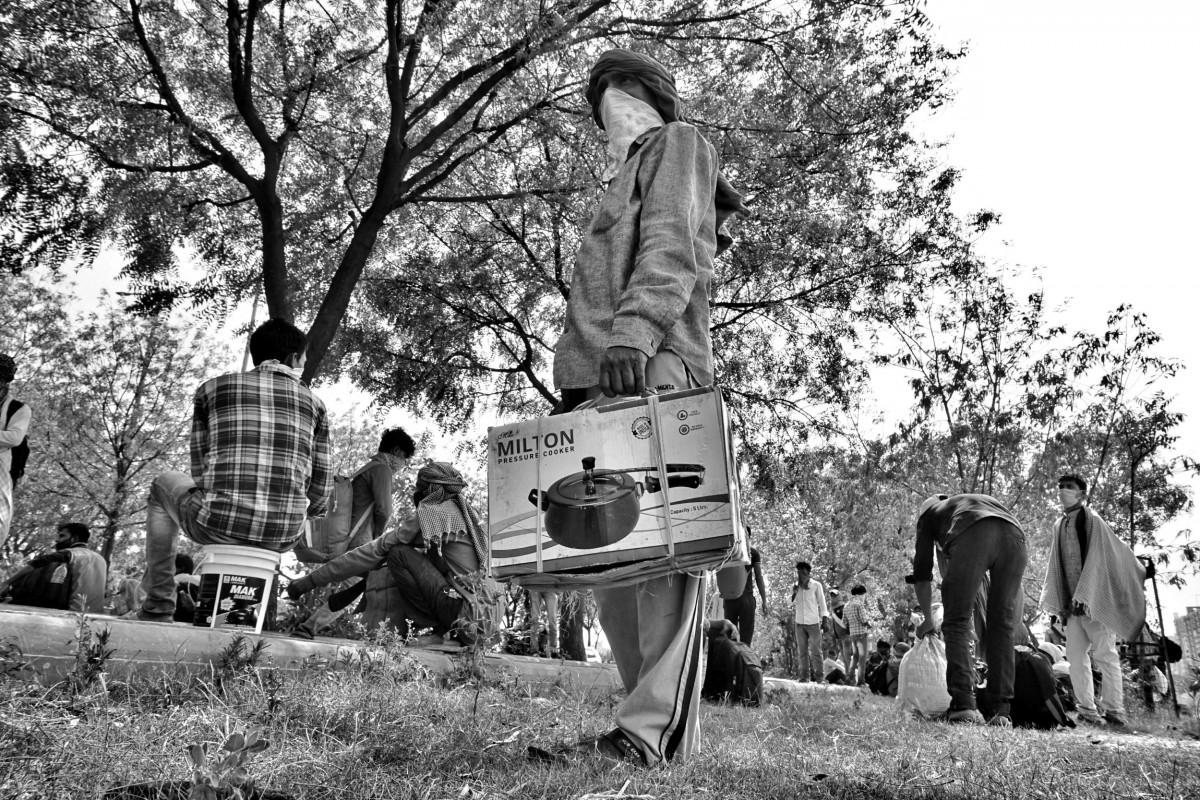 Shambu carries a pressure cooker for his wife. 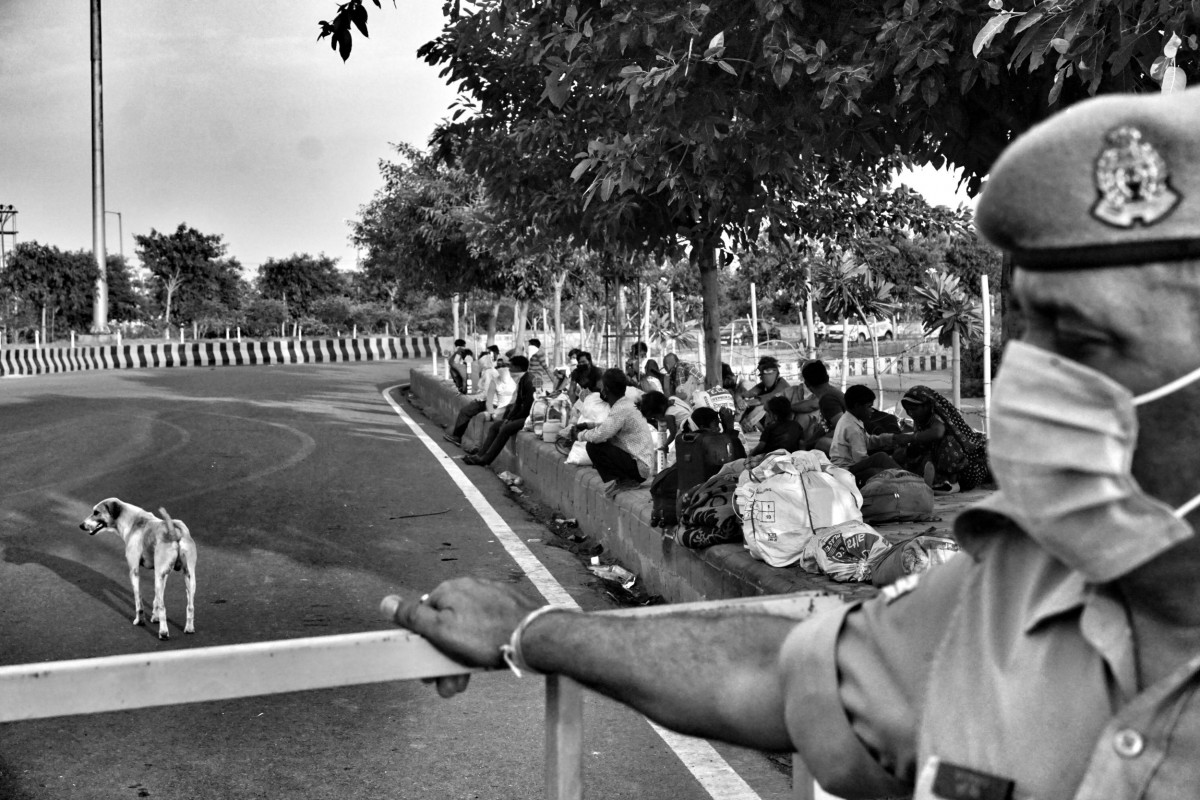 UP police stopped a group of migrants and said their construction company had been contacted to take them back to their slums.

These migrants are our workforce; they are the pivot around which large parts of our economy functions. These images are a testimony of their distress and their urge to keep living, even when the rest of society robs them of their dignity.