Why Do We Treat Internal Migrants Differently From International Migrants?

It is time we acknowledged the significant contributions India’s internal migrants make to source and destination communities. 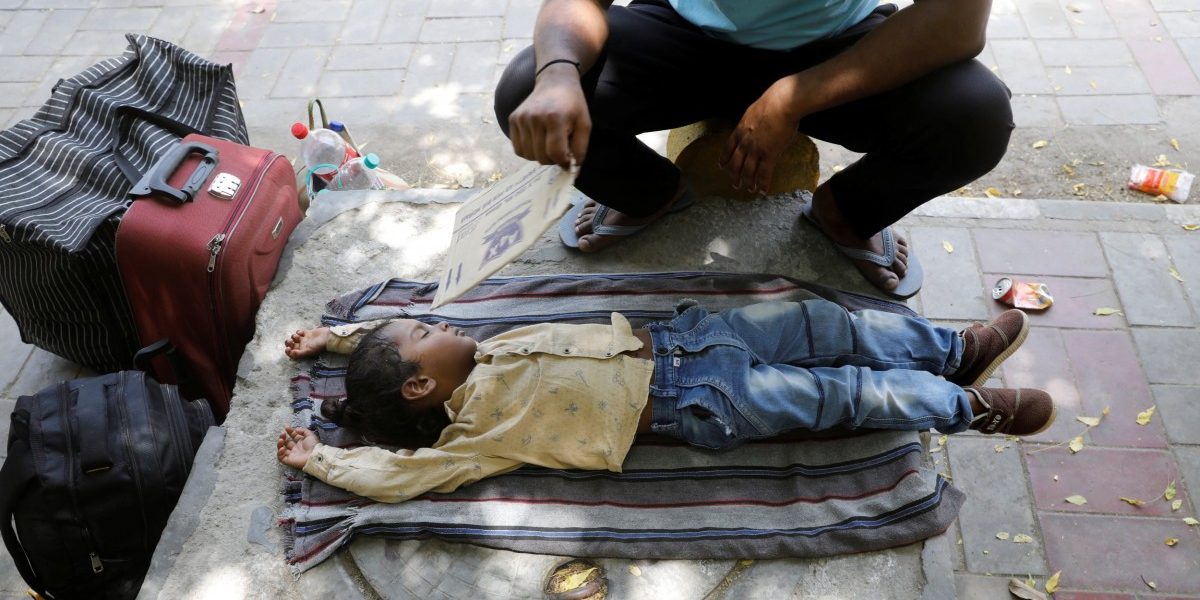 A migrant worker fans his sleeping child, as he waits to get on a bus to reach a railway station to board a train to their home state of Uttar Pradesh, during an extended lockdown to slow the spreading of the coronavirus disease (COVID-19), in New Delhi, India, May 26, 2020. Photo: Reuters/Adnan Abidi 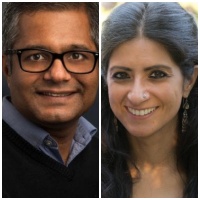 Beginning May 7, India started a massive repatriation operation to rescue Indian nationals stranded abroad. In a mission called ‘Vande Bharat’, the national carrier Air India and naval forces have been entrusted with the task of bringing back Indian citizens who have registered with local missions.

Available reports show that over 200 flights and three naval ships have been assigned for this undertaking so far, and more will likely follow. The Ministry of Home Affairs’ order to this effect notes: “Priority will be given to compelling cases in distress, including migrant workers/labourers who have been laid off, short term visa holders with expiry of visas, persons with medical emergency/pregnant women/elderly, those required to return to India due to death of family member, and students.”

The Indian government’s efforts to rescue its citizens abroad should be commended. Many Indians abroad are in devastating situations, have been evicted and are without financial or social support.

It is also not the first time India has stepped up for its expats. When the Kuwait war erupted in 1990, India rescued over a hundred thousand citizens in the largest rescue operation. And remember the late external affairs minister Sushma Swaraj who generously lent her helping hand to Indians stuck abroad. Tweet her your troubles, and she had your back.

But similar niceties cannot be claimed for citizens who have migrated within national territory. The country has terribly failed to aid stranded internal migrants, despite the fact that this endeavour should be logistically easier. Since the nationwide lockdown was imposed to contain the spread of COVID-19, there have been countless reports of the acute distress facing India’s millions of internal migrants.

Some have died of exhaustion from walking hundreds of kilometres to return to their villages, others have died by suicide from the fear of coronavirus and livelihood loss, and many more are on the brink of starvation. But their cries for help have gone largely unheard. The Indian government has now started special trains to ferry migrants home but thousands remain on the road, on arduous journeys to return home.

Why this apathy? Much of the commentary on this question has tended to attribute this to the current political leadership. Yes, this needless suffering could have been easily avoided by the current government. But this neglect of internal migrants is more systematic, and this tragedy has been ongoing for decades.

We have known for some time that India’s urbanisation has been ‘exclusionary’. Labour migrants who come from rural areas to cities and towns often live in appalling conditions. Most work in the informal sector, earn low wages, lack security and political voice, and face discrimination.

The cities that migrants build and fuel have been hostile to them. Permanent migration in India is low. Most migrants circulate between rural and urban worlds, and exclusionary urbanisation has prevented opportunities for them to carve out urban lives. Temporary migrants are removed from health and nutrition services, and for children who migrate with their parents, schooling. But policymakers have long neglected them.

This indifference arises because of lack of adequate understanding of the importance of migration.

We suggest three key factors contribute to this disregard.

1. The scale of internal migration is still unknown

First, our data systems have traditionally kept the issue of internal migration on the margins, and never given it the importance it deserves. India regularly updates the number of Indians living abroad, currently about 13.5 million, but official records of people moving within the national boundaries are woefully inadequate.

Two key data sources on internal migration that include Population Census and National Sample Surveys (NSS) are largely geared to capture more permanent moves, and severely underestimate the seasonal and circular migration that the bulk of labour mobility consists of. NSS and Census-based estimates yield a number of economic migrants in the range of 13.6 million to 41.4 million. Alternative indirect estimates, however, show the actual number is likely to be over 100 million.

The invisibilisation of millions of migrants from official statistics has resulted into a very skewed understanding of internal migration and its role in development.

2. The policy approach that internal migration should be avoided

Rural-urban internal migration, on the other hand, is seen as caused by distress, and its outcomes are viewed through the narrow lens of burdening the urban systems. Not surprisingly, all too often, policymakers resort to controlling internal migration.

Take the rural development policies of the Centre and different Indian states, and this view becomes clear. For example, one of the objectives of the National Rural Employment Guarantee Act is to prevent migration from rural areas. To cite another example, Rajasthan State Agricultural Policy 2013 states that one of its goal is: “To discourage migration, both seasonal and permanent migration, of rural people to urban areas through various means of improved rural livelihood and income generation through on-farm and off-farm opportunities”. 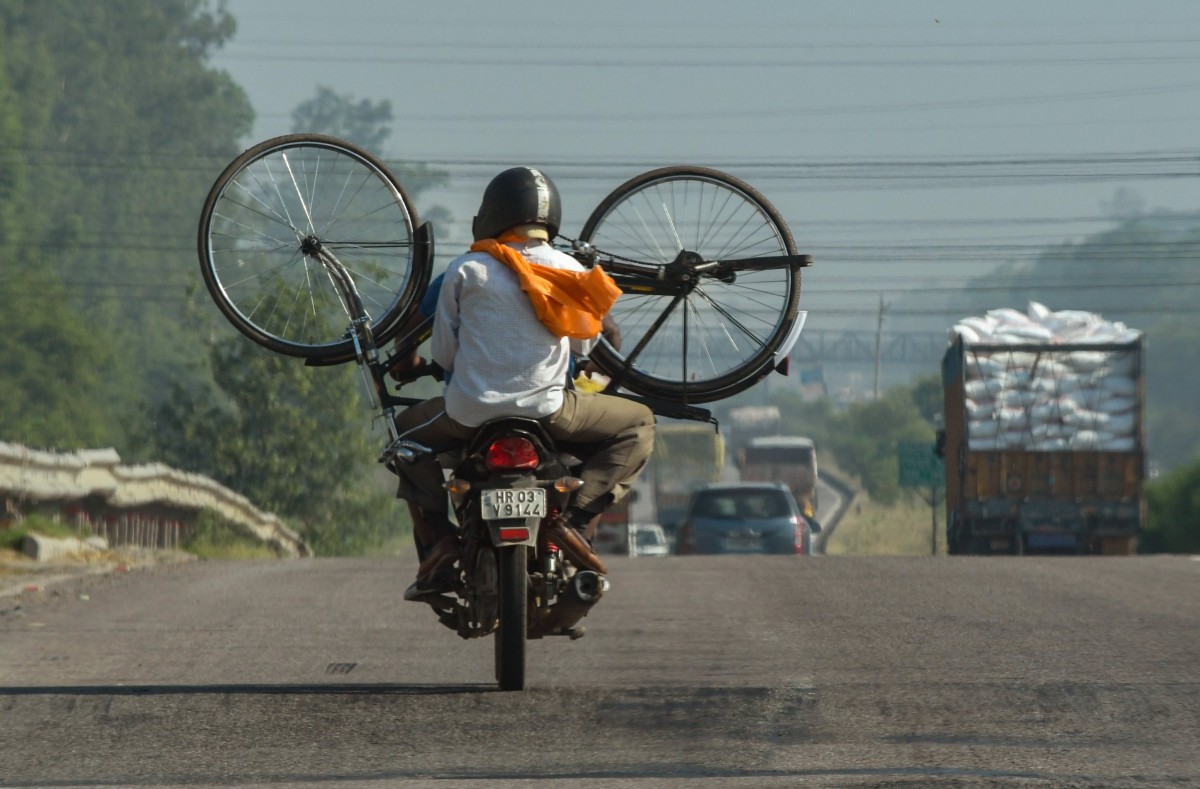 This view is rooted in a misguided understanding of migration. The fact is migration has traditionally formed an integral part of rural livelihoods and often represents a calculated strategy by rural households to improve their lives.

Besides, financial motives of migration often coalesce with other goals. Rural-urban migration can provide an opportunity for lower caste households to avoid caste-based oppression, for women to break free of patriarchal constraints, and for children to receive quality education.

And rural migrants contribute enormously to urban society and economy. Indian cities and towns generate over 70% of national income, and migrants play a key role in this. Many are providing essential services amidst this crisis, in hospitals, drug stores, grocery shops, sabzi mandis. Indian cities would stop without rural migrants.

3. Failure to recognise the importance of migration for origin communities

Third, in addition to promoting urban growth, internal migration is important for those who remain in the source villages. The recent World Bank report shows that in 2018, India received $78.6 billion in remittances from abroad, the highest in the world. This further accentuates the bias towards international migrants. While comparable statistics on internal migration are lacking, the limited available evidence shows that they are significant too.

Also read: As Lakhs of Workers Trudge Back Home, a Look at Songs About Migration

Analysis of NSS data demonstrates internal remittances in 2007–08 amounted to US$10 billion, and 30% of all household expenditure was financed by these transfers among remittance-receiving households.

For millions of households in rural India, these remittances are the only crucial source of income with potentially huge human development impacts. They allow households to invest in food and nutrition, health, education, and sanitation. Migration positively influences women’s decision making and agency, age at marriage, and girls’ education. Migrants bring home skills and ideas that can foster development in origin villages. But these contributions are rarely recognised.

It is time we acknowledged the significant contributions India’s internal migrants make to source and destination communities. We need data systems that capture internal migration dynamics, and public policies that provide migrants and their families decent and dignified livelihoods, affordable housing, quality education, and access to health, nutrition and sanitation services.

Contemporary cities are sites of exclusion, and COVID-19 has brought these inequalities into sharp relief. India’s migration crisis is a manifestation of systematic discrimination country’s migrants face.

But controlling rural-urban migration is counterproductive in the long run. Historically, cities have been catalysts for social and economic development. Cities innovate and liberate. Urban environs are where regressive caste boundaries fade and progressive gender norms flourish. Creating inclusive cities that accommodate and welcome rural migrants can lay the foundation for an economically and culturally prosperous society.

Reshma Roshania (reshma.roshania@emory.edu) is a PhD candidate at Emory University, and studies nutrition and food environments among circular migrant families in India.