Not Just the Aurangabad Accident, 383 People Have Died Due to the Punitive Lockdown

From road and rail accidents to starvation, denial of medical care, police brutality, exhaustion and suicides, there have been hundreds of reported non-coronavirus deaths. 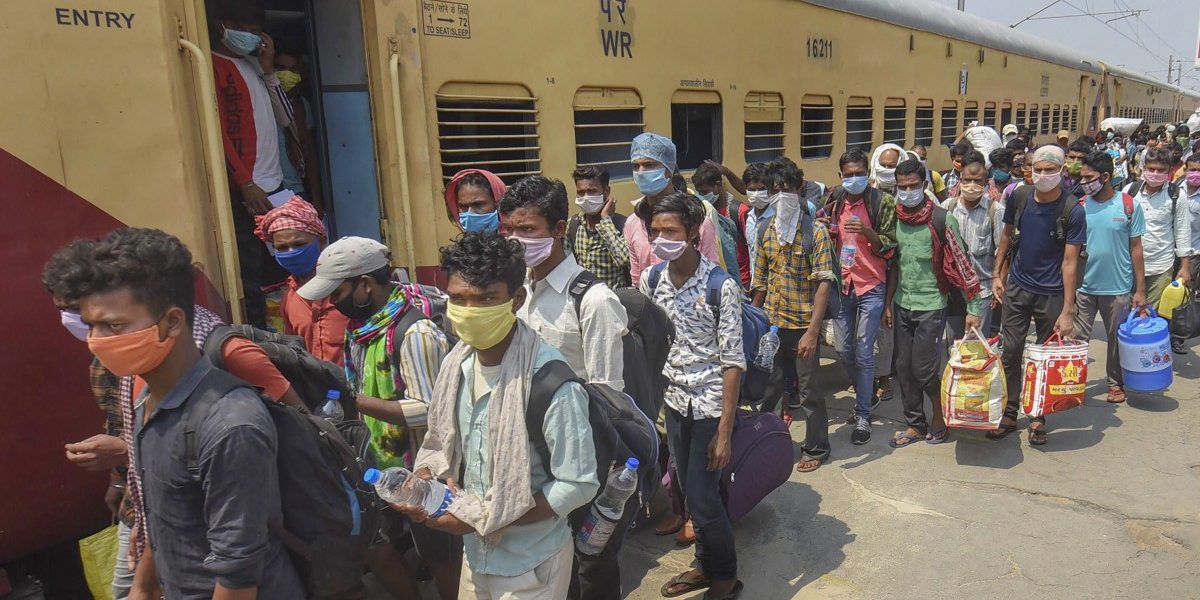 Migrants from Gujarat deboard a train as they arrive at Danapur railway station in Patna, May 10, 2020. Photo: PTI

New Delhi: On Friday, 16 migrant workers were crushed to death by a goods train when they were attempting to make their way to Aurangabad railway station with the hope of catching a train to their homes in Madhya Pradesh. They were walking along the railway track to avoid being thrashed by the police on the roads and with the knowledge that trains aren’t running.

After walking for several hours, the workers were exhausted. They sat down to rest and fell asleep. An oncoming goods train ran over them at around 5.20 am.

The migrants worked at a private steel company in Jalna in Maharashtra and had not been paid since the first lockdown began on March 24. Given the desperate situation and not knowing when they could work again, they wanted to get back home to be with their families and decided to walk in the hope of finding a train. 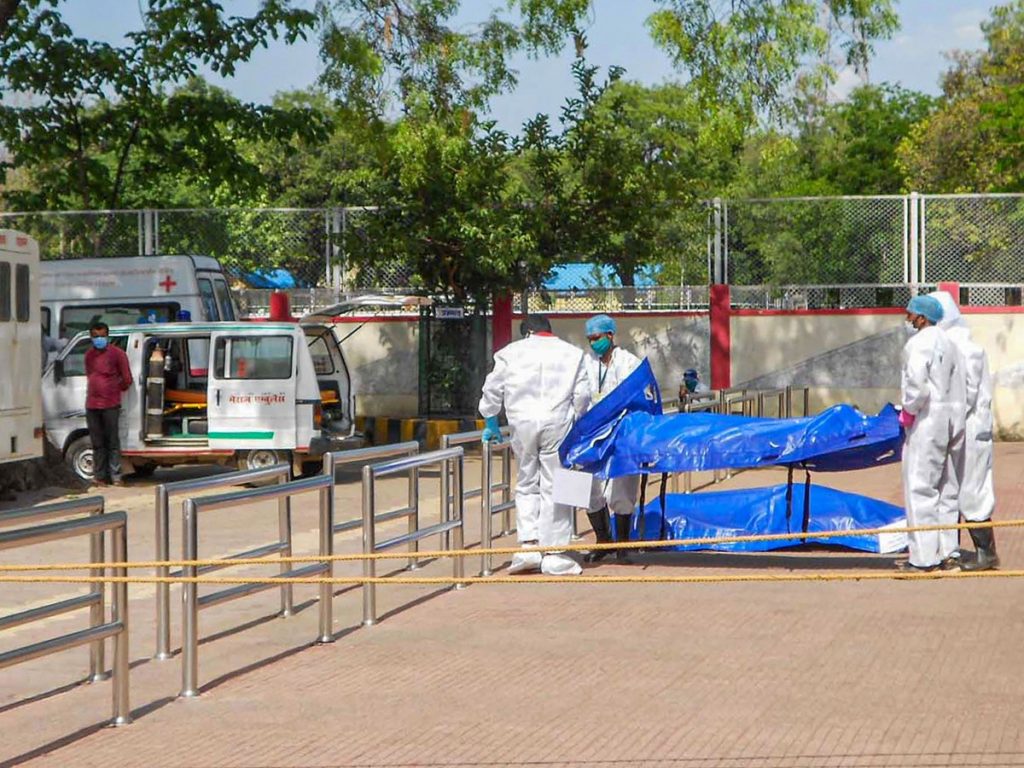 Officials hand over the bodies of Aurangabad train accident victims to their family members in Umaria district, Madhya Pradesh, May 9, 2020. Photo: PTI

In another incident on Saturday night, at least five migrant labourers were killed and 13 others injured when a truck in which they were travelling overturned in Madhya Pradesh’s Narsinghpur district. The incident took place in Patha village in Narsinghpur. Around 18 labourers were travelling in a truck carrying mangoes from Telangana’s Hyderabad city to Agra in Uttar Pradesh.

The workers killed in these two accidents are not the only people to have lost their lives during the lockdown due to reasons other than COVID-19.

In fact, according to researchers Thejesh G.N., Kanika Sharma and Aman, till Saturday, 378 people had died since the lockdown was imposed due to reasons other than the disease. Of them, 69 people died in rail or road accidents while walking to their homes – the only mode of travel available as public transport had been suspended by Prime Minister Narendra Modi’s government, which gave notice of only four hours before the first lockdown came into effect.

Compiling information from news reports, the database put together by the group, which describes itself as “freelance scholars and student volunteers interested in action-oriented research, socio-economic rights and related issues”, shows that a large number of people have died due to reasons such as road accidents while walking back to their homes, starvation, denial of medical care, police brutality, exhaustion, suicides – all consequences of the lockdown. The database is updated every day and is available here.

The compilation began as a Twitter thread by Sharma on March 29. “Immediately after the lockdown, we began seeing a lot of reports of deaths. People dying while walking back home, women dying due to denial of health care. These deaths were very distressing,” Sharma, who is studying for a PhD in Sociology at Emory University in Atlanta in the United States of America, told The Wire.

According to their compilation, the death of the 16 migrant workers in Aurangabad was the largest number of people killed in a single incident. On March 28, a few days after the lockdown, eight migrants returning home were killed in a road accident in Karnataka’s Raichur.

The largest number of reported non-coronavirus deaths (83) so far have been due to suicides for reasons such as fear of infection, alcohol withdrawal symptoms and due to loss of job. A large number of people have also died due to starvation, denial of medical care and exhaustion while walking home or queuing for ration or money.

To put the information together, the researchers have set up Google alerts in different languages, including Kannada, Marathi, Odia, Telugu, Bengali, Hindi and English. “We do Google searches and people have also been sending reports to us. We verify them and volunteers help us translate them,” Sharma said.

The researchers only take into account those deaths which have been reported by ‘credible’ sources of news. “There are limitations. We can’t do ground verification. We would also be missing a lot of deaths. Local media reports may not be reaching us. Also, a lot doesn’t get reported,” she said.

According to Sharma, a clear pattern that has emerged from the data is that those dying live on the margins. “These are people of the working class. There are migrants and labourers. We have also seen that the reported deaths include more men than women because men go out working,” she said.

A large number of women have also committed suicide, for instance, for not being able to go to their parents’ home. “These could be cases of women being in abusive relationships,” said Sharma.

Another cause for death has been the denial of treatment by hospitals and doctors due to the fear of COVID-19. The Times of India reported in April that a pregnant woman in Telangana was turned away by six hospitals. She was tested for COVID-19 and was admitted to a government maternity hospital only after the results came back negative. Due to the delay, the baby was born with complications and died. A day later, the woman also died.

In another similar incident, a woman pregnant with twins died in Jammu and Kashmir’s Anantnag district as she was denied timely medical care. She was a resident of an area which had been categorised as a ‘red zone’ by the local administration and the doctors were hesitant to treat her.

The researchers point out that their compilation does not include all deaths that have occurred as a consequence of the lockdown. “It must be underscored that these deaths are likely an underestimate: only a fraction of deaths are reported by the media and we may have missed some deaths reported in local media as well,” they said in a press note on Friday.