The Long Road Home: A Day in the Life of a Stranded Migrant Worker in Bengaluru

A volunteer captures the anguish of a group of migrants.

Sanoj (sitting in the centre with a blue and black backpack) and his group at Attibele, an industrial centre in Bangalore Urban. Photo: Author Provided 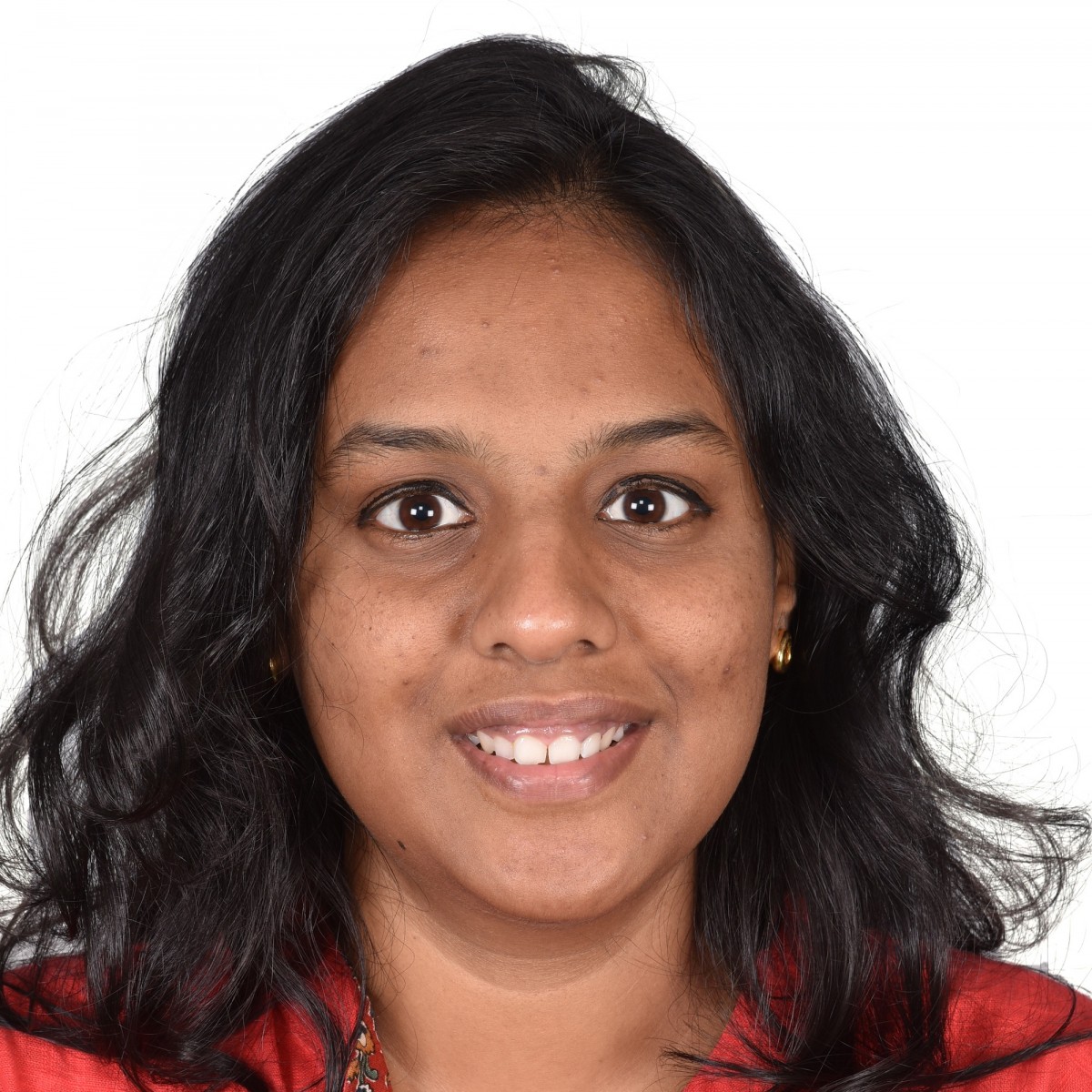 May 17, 2020, 4 pm: A volunteer with the Stranded Workers Action Network (SWAN) gets a call from Sanoj. He is one among 15 migrant workers who had vacated their rented rooms in Bengaluru on May 10, hoping to return to their home states – in his case, Jharkhand.

Sanoj recounts in Hindi that, when they went to the Attibele police station to register for a possible train – each police station has been given a quota of tickets for trains – the police chased them away saying that their turn was yet to come. Attibele is an industrial centre under Bengaluru Urban, where the migrant workers were working prior to the lockdown.

Then, Sanoj said, they returned to their rooms to only to find out that they had been evicted by their landlord. Left with no option, they decided to stay on the pavement outside a hospital in Bengaluru near the police station until their turn came.

It has been a week since they started living on the pavement and Sanoj says he is running out of cash and has no access to food. Sanoj and his group on the roadside where they spent a great deal of time after being evicted by their landlord. Photo: Author Provided

5.30 pm: After transferring some cash into his account, SWAN locates a shelter for the group, 30 kilometres away. It is the nearest one that could accommodate them.

8.35 pm: After trying for hours, SWAN is finally able to find a person willing to help transport them to the shelter. But the workers are anxious about moving so far away from the police station.

As there is no token or wait-list system in place, they are worried that they might miss their turn when the police call to confirm their travel. Anyone can be given the golden ticket any time.

Besides, the workers usually have less than 24 hours to prepare after they get confirmation about their travel. So, they decide to stay on the pavement close to the police station. Six of them move away after spending a week on the pavement to find a roof for the night as they have children with them.

9.03 pm: One of SWAN’s local contacts says that there are a few slots available at the police station in Jigani (also an industrial centre in Bengaluru Urban) for a train to Jharkhand the following day. The police station is 20 km away from where Sanoj and his companions are.

SWAN volunteers immediately call Sanoj and his companions to send their Seva Sindhu online registration receipts at once so that they can be sent to the Jigani police station.

Sanoj, who had stepped out for a bite, rushes back, charges his phone at the nearest shop and manages to send us pictures of nine of the 15 forms; the phones of the remaining six, who had split from the main group, are unreachable.

10.15 pm: The Jigani police were “nice”, remarks Karan, because they got the workers’ names included in the train-list. Karan tells us that they need to be present at 7.30 am the next day for the medical check-up. Not wanting to take any chances all the nine workers decide to head to the Jigani police station.

1.00 am: After multiple trips, all nine of them reach the Jigani police station; SWAN covers the cab cost (Rs 1,500).

The workers are in a hurry to reach the police station but once they reach there, they are petrified of entering the premises  to check their names on the train list. Sanoj says the police baton frightens him.

2.00 am: The Jigani police asks them to sleep in a makeshift shelter outside the police station for the night and be present for the medical check-up at 7.30 am.

9.00 am: In the morning, Sanoj and his friends are still grappling with anxiety as they have not been able to check if their names are on the  list. They find it difficult to follow police instructions due to the language barrier. Sanoj calls the SWAN volunteer every 30 minutes, anxiously asking the volunteer to either come there or speak to the police.

The volunteer tries to calm him down while being just as confused about the procedures as Sanoj because the procedure is arbitrary and changes every day.

3.00 pm: A bus comes to take them to the railway station where they board the train that will take them home. 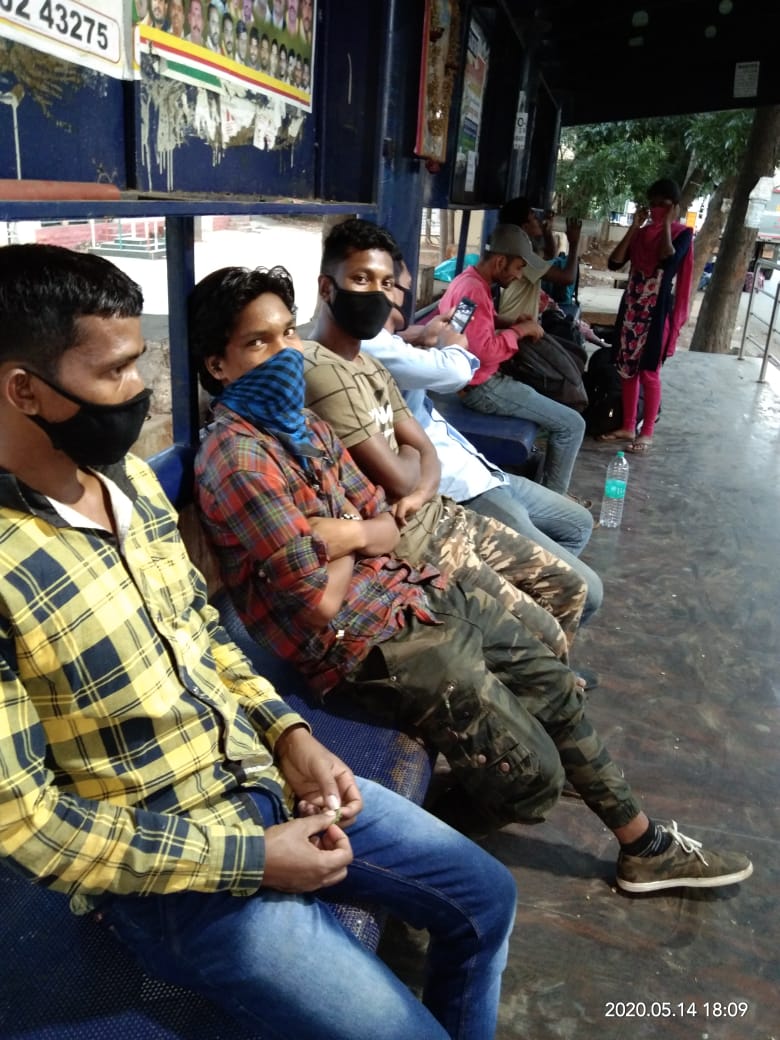 The process of registering and securing a train ticket at Bengaluru is marked by a lack of clarity at every step. After much investigation and based on our conversation with the migrant workers, the process followed in Bengaluru is as follows:

The entire process can take from a minimum of two hours to forever because of the huge demand for a limited number of trains.

At every step there are complications. For example, the communication in the online portals in Karnataka was only in Kannada and English, languages inaccessible to the migrant workers. It was only later that Karnataka included Hindi.

There is absolutely no transparency regarding train schedules or information regarding who receives a priority for travel, further heightening the migrant workers’ anxieties. Even as the Karnataka government dilly-dallies on its promise of ensuring trains, fear of trains getting cancelled has made migrants desperate to catch the first available train.

On an average, there are only one or two trains from Bangalore every day to receiving states like Bihar, Jharkhand, Madhya Pradesh, Uttar Pradesh, and West Bengal.

Although the booking is done online, SWAN volunteers are yet to come across anyone who has managed to travel solely by registering online.

Stranded migrant workers are seen thronging police stations and choosing to stay on roads and government shelters near them in the hope that it would increase their chances of getting a ticket.

In Bengaluru, people are asked to arrive at places like the Palace grounds at 8 am with their entire luggage and leave for a train directly from there. It is expected that they will have their entire baggage with them always because once they secure the ticket, they are required to immediately leave for the train. Those who are not that lucky, return to their rooms, on a higher rent, after standing in the queue for long hours or even an entire night, in some cases.

The system forces the migrant workers to put themselves at dire risk and in vulnerable situations just for harbouring a desperate desire to escape extremely inhospitable circumstances and go home.

There are instances of workers facing the wrath of the police as they are constantly chased away from one place to the other. It is also unclear as to why the police is handling travel requests from migrant workers when they are supposed to be looking after law and order issues. In the end, these workers are viewed as ‘disrupting crowds’ which flout physical distancing norms and pose as a risk to society at large. 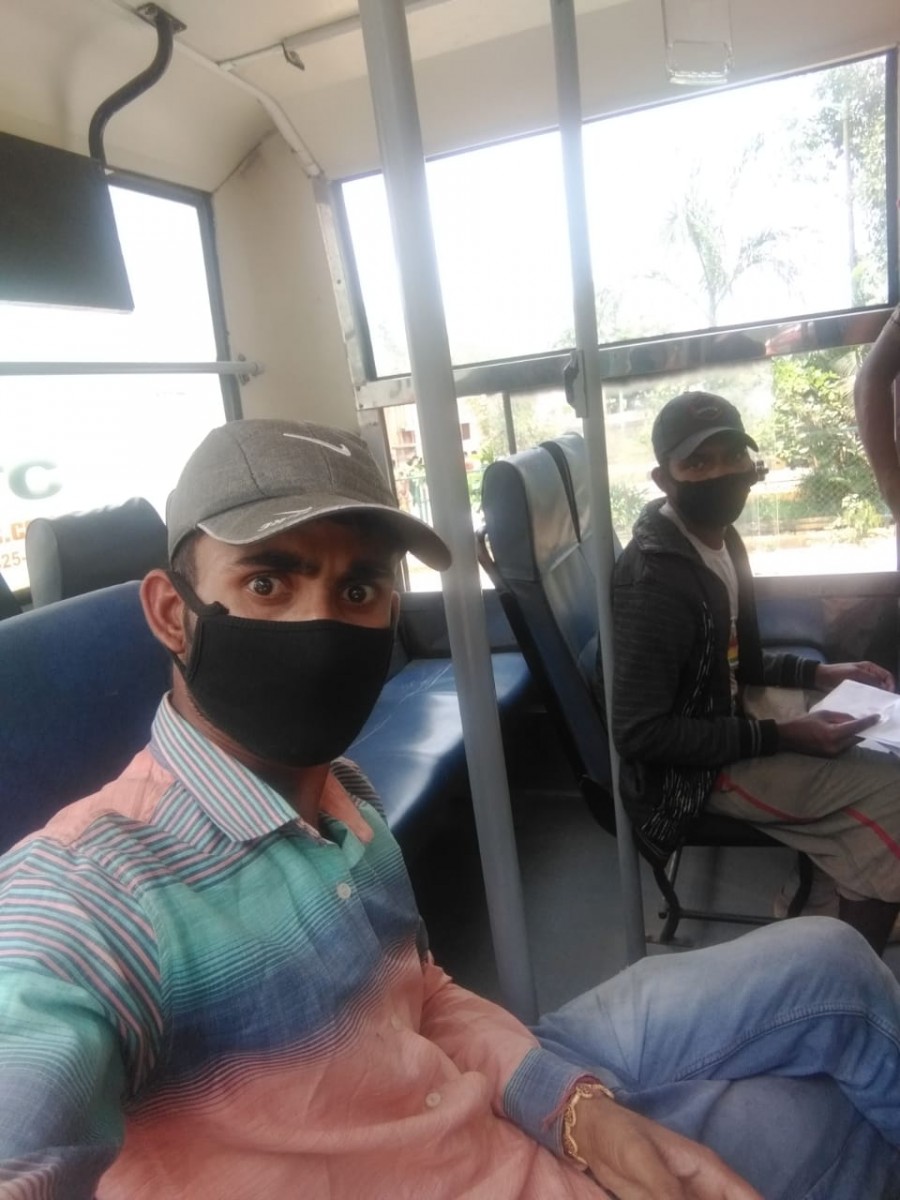 Boarding the bus to the railway station in Bengaluru, Photo: Author Provided

Finally, a train ticket in hand

Sanoj and his group of nine workers paid Rs 1,100 per ticket with the money sent to them by their families. Many workers are utterly helpless and individual donors have come forward to bear the cost of their tickets.

Multiple official orders to cover the travel costs of these migrant workers have been announced and Karnataka followed suit on May 22, but it was too late for Sanoj and others (they left on May 18) who have had to borrow large sums of money just to get home.

Above all, Sanoj was thankful that we had managed to secure his train ticket.

But a worker’s rightful access to basic amenities should not have to be dependent on a stroke of luck or the “niceness” of individuals; it has to work every time and for everyone.

That is the reality towards which Sanoj, and hundreds of thousands like him, have unknowingly directed our attention.

Vaishnavi is an independent researcher and activist based in Kumbakonam (Tamil Nadu), and a volunteer with SWAN. This article contains inputs from SWAN volunteers Sethu, Rachel, and Seema.