In Photos: As Activist Recovers from Attack, Illegal Coal Mining Continues in Meghalaya

Photos taken by Agnes Kharshiing and others indicate the extent of illegal coal mining. 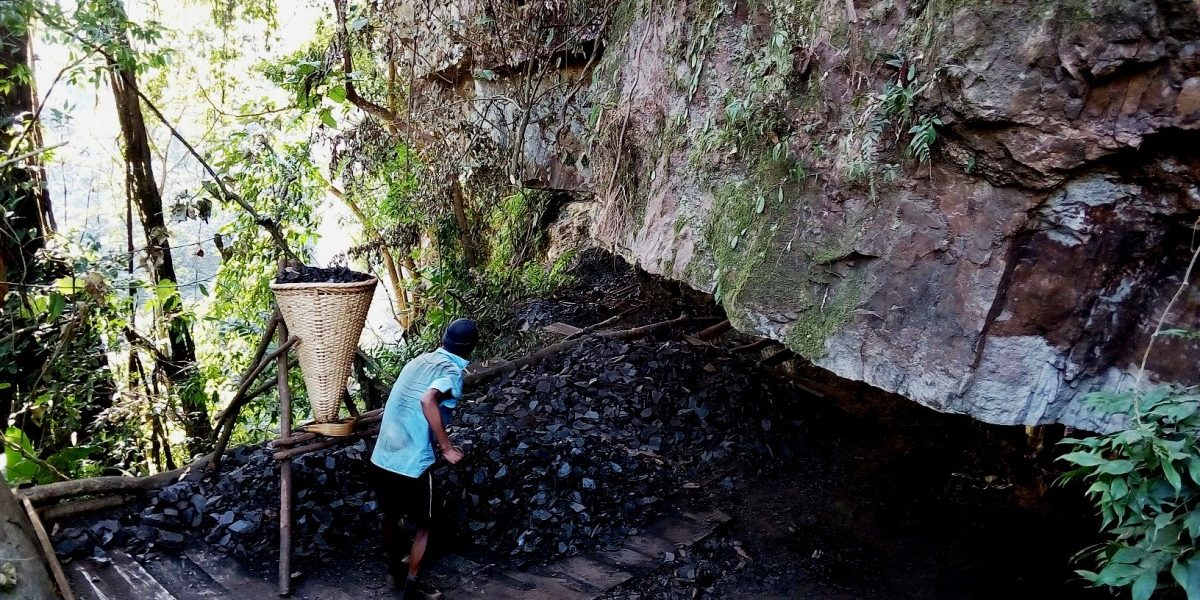 Activist Agnes Kharshiing is out of danger, days after and her associate Amita Sangma were assaulted near the coal mines at Tuber Sohsrieh in Meghalaya’s East Jaintia Hills district. The duo were on a mission to document the illegal extraction and transportation of coal when they were waylaid and attacked by men allegedly working for the mafia. So far, only two people have been arrested on the suspicion of being involved in the attack. 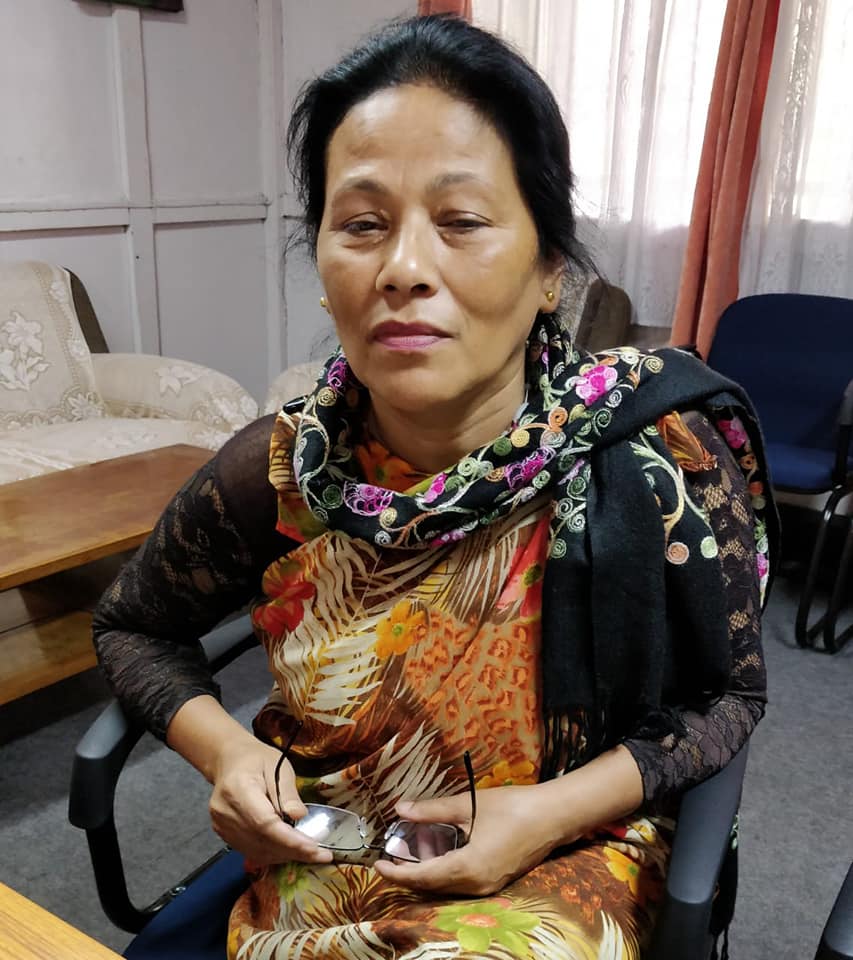 Meghalaya has an estimated coal reserve of close to 600 million tones, concentrated in the Jaintia and Garo hills. In 2014, the National Green Tribunal clamped a ban on rat-hole mining following a petition by the Assam-based All Dimasa Students’ Union and the Dima Hasao District, which alleged that mining in Jaiñtia hills was polluting the Kopili river. This meant an end for the multi-crore business that had developed links across several states in the country and Bangladesh, and was allegedly financed by high-profile politicians and businessmen. It was too lucrative a venture to be given up easily, and so great efforts were made to circumvent the order.

No wonder, then, that whoever dared highlight the continuing extraction has been silenced. On March 19, RTI activist and former president of the Jaiñtia Youth Federation, Poipynhun Majaw was attacked and found murdered at Khliehriat, the district headquarters of East Jaintia Hills.

At least five petitions have been filed at the Supreme Court challenging the order by the NGT, which are slated to come up for hearing on December 4. One has made a case for lifting the ban on rat-hole coal mining, while another has questioned the ban itself.

Photos taken by Agnes Kharshiing and others indicate the extent of illegal coal mining. 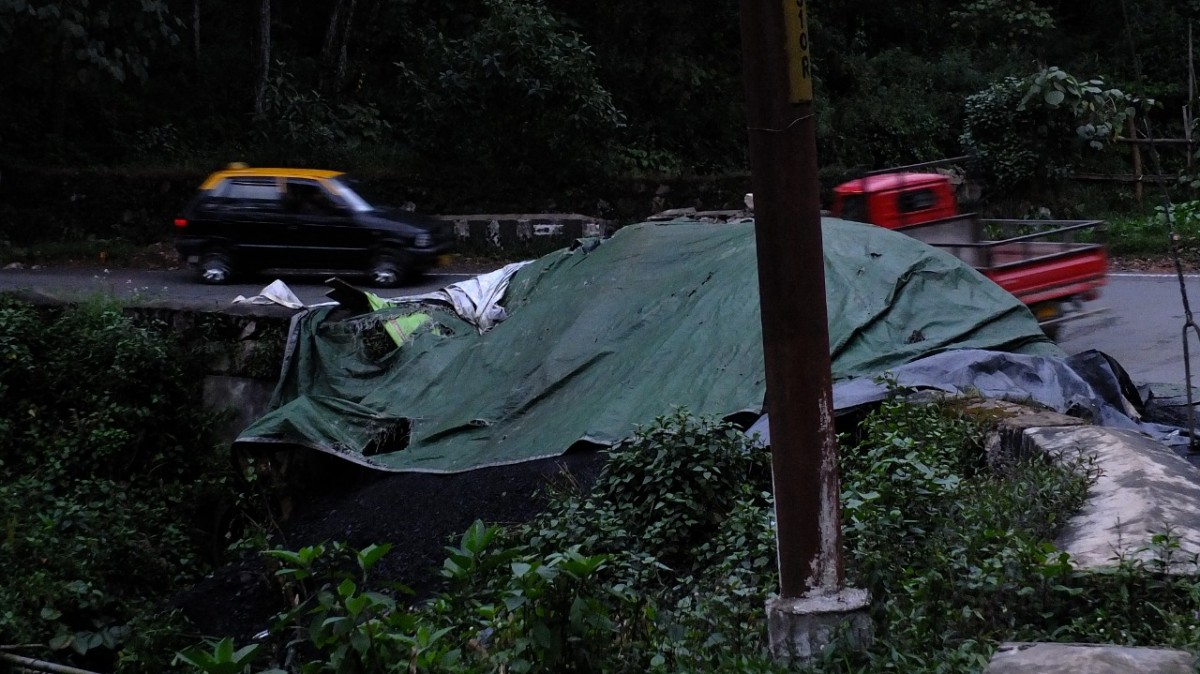 Extracted coal in East Jaintia Hills waiting to be transported to destinations outside Meghalaya. This was one among the several photographs that Agnes had sent to friends and journalists minutes before she was attacked. Credit: Agnes Kharshiing 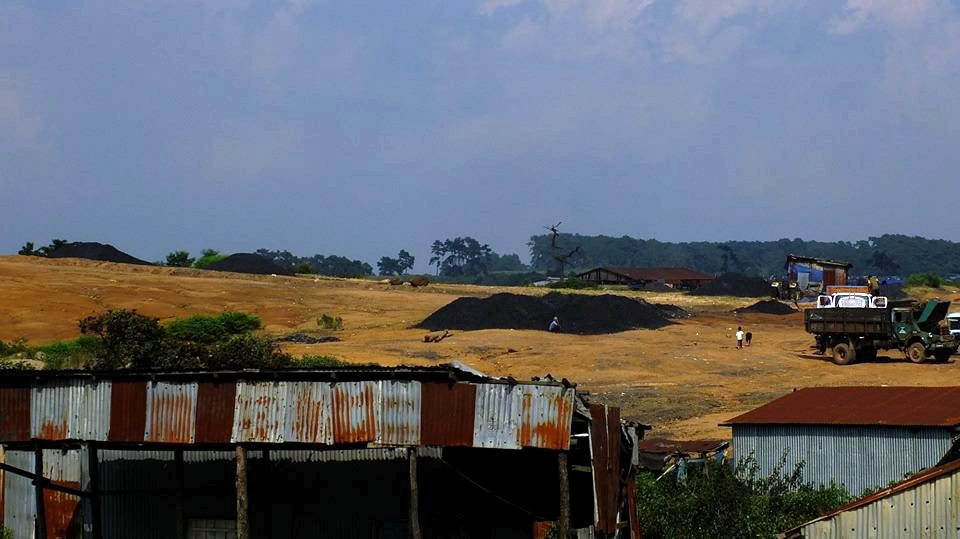 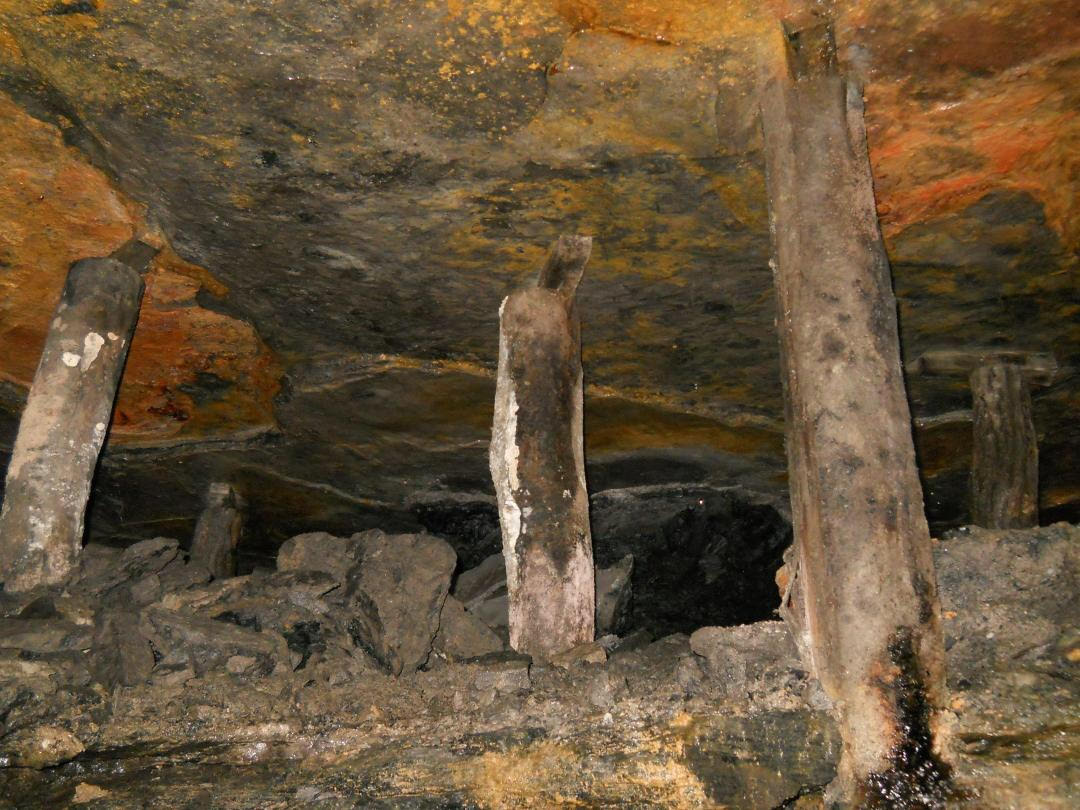 The entrance of a rat hole at a coal mine in East Jaintia Hills. Credit: Special arrangement 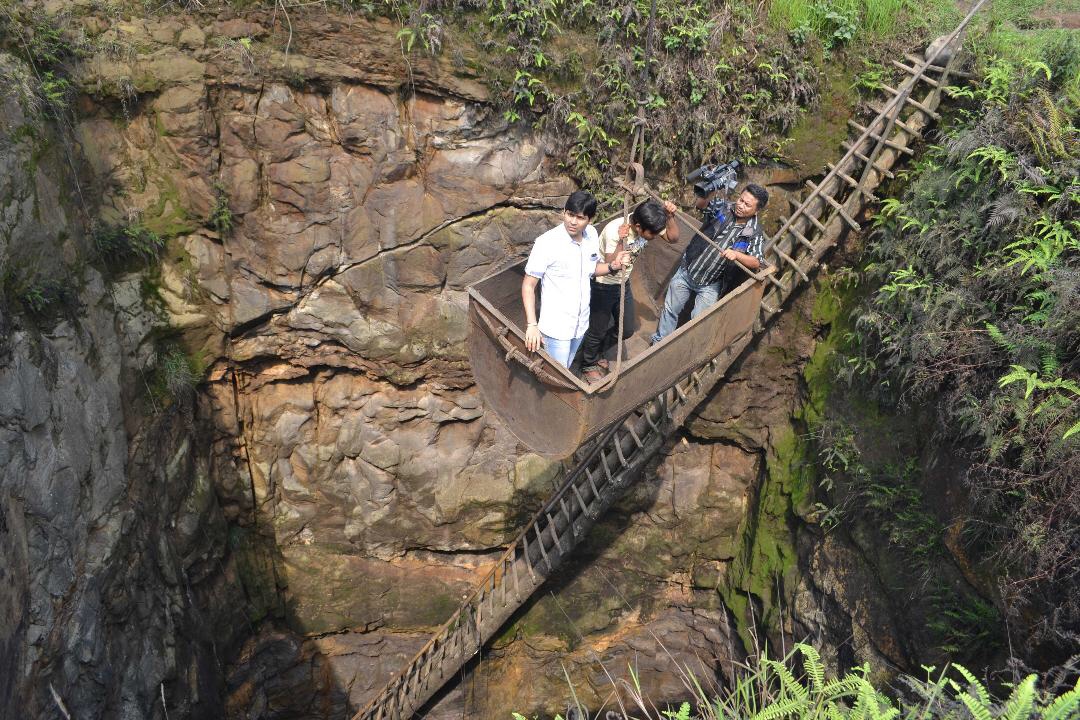 Extraction of coal from a rat hole deep beneath the ground. Credit: Special arrangement 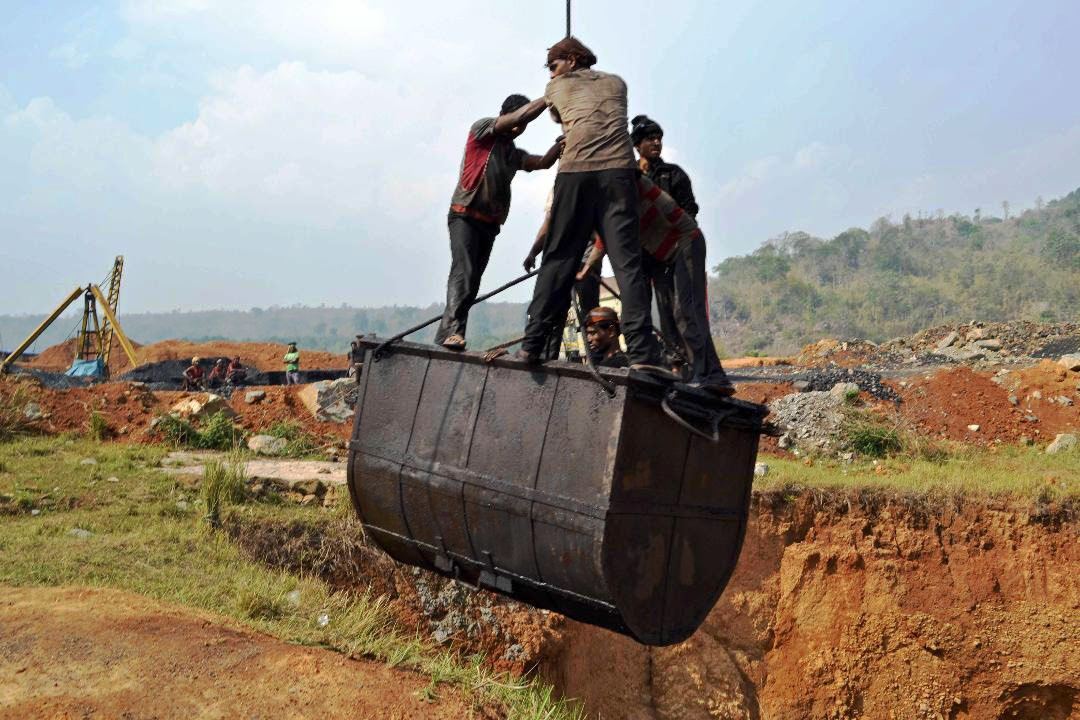 A site where the extraction of coal is being done in East Jaintia Hills with the help of cranes. Credit: Special arrangement. 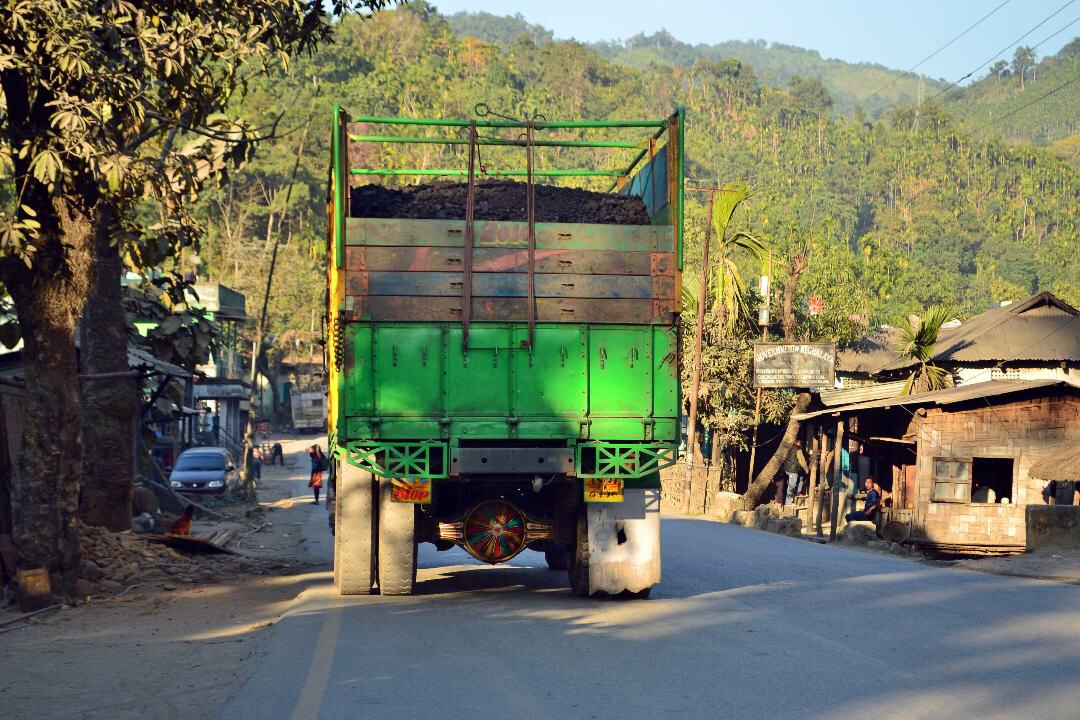 A coal laden truck in East Jaintia Hills departing for a destination outside the state. Credit: Special arrangement

Rajeev Bhattacharyya is a Guwahati-based senior journalist and author of Rendezvous With Rebels: Journey to Meet India’s Most Wanted Men and Lens and the Guerrilla: Insurgency in India’s Northeast.