A survey found that several manual scavengers across states are working in bonded labour-like conditions. This is part of a 24-part series starting next week, covering the sanitation crisis in each Indian state. Each part will be accompanied by a visual documentary on the specific state, highlighting the effects of the Swachh Bharat Mission and the continuation of manual scavenging in India. The series is based on the Rehabilitation Research Initiative (RRI India) and South Asian Labour Network (SASLN) study in 27 states, between 2017 and 2021.

While the government refuses to come to terms with the continuing prevalence of manual scavenging in India – recognising only 58,098 manual scavengers for rehabilitation and compensation across the country – our survey across 14 states found that the number of manual scavengers in the country, including children and those working under conditions that can be defined as bonded labour, is in fact increasing.

According to the survey, Jharkhand has the highest number of sanitation workers employed in the areas of Hazaribagh, Jamtara and Godda, cleaning sewer tanks. The total number of such workers found in the state were 763, but only 112 fell under direct categorisation of the Prohibition of Employment as Manual Scavengers and their Rehabilitation Act.

While earlier it was largely women manual scavengers working in ‘dry latrines’ in toilets constructed under Swachh Bharat Mission, the survey shows that children below the age of 12 – especially girls – are now being employed as manual scavengers in local settlements for this work, through unknown middlemen.

Maharashtra has highest numbers of child labourers in this respect, at 12,562, with Sangli and Satara seeing the most numbers of boys between the ages of 8 and 13 working as manhole cleaning assistants.

Tamil Nadu is not far behind Jharkhand, with 309 manual scavengers working in Ariyalur alone. Following this, Odisha, Tripura and Madhya Pradesh are the worst performers, including when it comes to hiring children in bonded labour-like scenarios. All these states have ‘service providers’, who keep the workers tied in cycles of debt, in both semi-urban and rural areas. The survey found that Tamil Nadu has the highest number of such service providers who are migrant workers from Bihar and West Bengal. 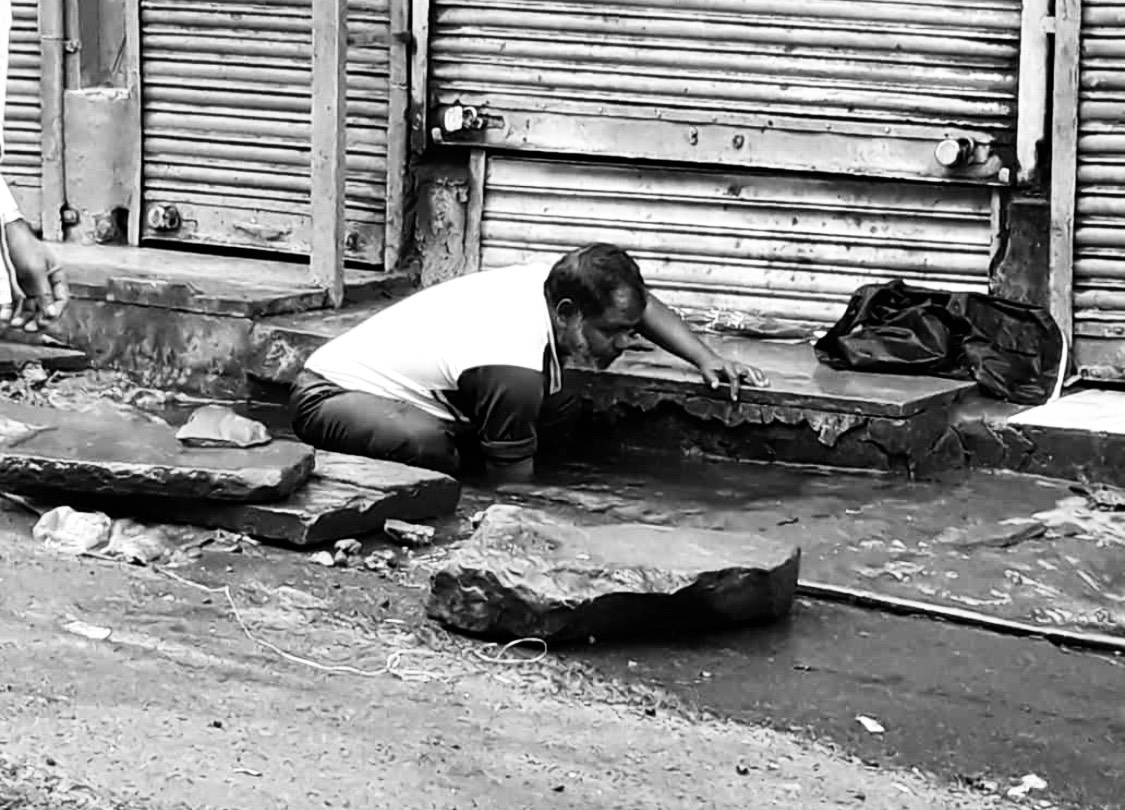 Chhattisgarh has the highest number of resident service providers. A group of 20-25 people has formed the ‘Maila Pratha Andolan’ to employ scavenging families. While pretending to be custodians and protectors of these families, they in fact spread misinformation on the legality of manual scavenging and ensure that the scavengers remain trapped in inhuman, unsafe working conditions.

More than 3,189 women working as manual scavengers have reported violence, beatings and rape threats. Around 260 women stated that they were raped or molested by service providers. While about a hundred of these women said they had complained about the private house owners and service providers who had raped or molested them, in 95 of these cases their complaints were not recorded because of their caste, gender and nature of occupation. Six women also stated that they were sold as manual scavengers, and then sexually exploited, to private house owners for an average period of 2-3 years at a time.

The pandemic has further escalated this crisis, not giving these women manual scavengers a chance to escape the system due to increased demand and placements by private contractors and sub-letting agencies in rural areas. Many of these workers also contracted COVID-19 during the first two waves in India.

Also read: ‘They Call Me ‘Toilet Woman’ to Limit My Work to a Critique of Swachh Bharat Abhiyan’

While service providers often promise women manual scavengers work in more powerful or bigger households as means to a better life, in fact that often only increases the workers’ indebtedness and makes it harder for them to break the cycle.

In order for the situation to really change, and not continue to exist in these dangerous and insidious ways, the government must be more proactive in recognising, rescuing and rehabilitating manual scavengers across India. These so-called ‘service providers’ too must be recognised and prosecuted. In a situation where even children are being caught in these vicious cycles, immediate action is the only answer.