Erendro Leichombam has a history of criticising the BJP-led government in the state and has already been arrested in the past.

New Delhi: The Manipur Police has filed a case of sedition against well-known political activist Erendro Leichombam for a comment he made on his Facebook page on July 25.

Though the police have not specified the post, it is suspected that Erendro’s post featuring a photo of featuring Sanajaoba Leishemba – Manipur’s erstwhile king and the newly-elected Rajya Sabha member with the BJP’s support – is responsible. The photo shows Leishemba bowing and greeting a visibly happy party top leader Amit Shah with a namaste and was accompanied by a comment – minai macha, meaning ‘son of a servant’ – by Erendro. In May 2018, Erendro, considered a sharp critic of the BJP-led coalition government in the state, was arrested for posting a video on his Facebook page. The police claimed the video amounted to “promoting enmity between different groups and criminal intimidation”. He was released by a local court in the first week of June that year.

Prior to the 2017 assembly polls in the state, Erendro formed a political outfit, the Peoples’ Resurgence and Justice Alliance (PJRA), with Irom Sharmila after she broke her 16-year-old fast in protest against the Armed Forces (Special Powers) Act (AFSPA). He had unsuccessfully contested the elections that brought the BJP to power in Manipur for the first time.

On July 26, around noon, a team of the Imphal East Police arrived at Erendro’s house to arrest him. They couldn’t take him into custody because he was in Delhi. When his brother asked the police about the charges against Erendro, the policemen said it was for a Facebook post, but didn’t specify which one.

Erendro told The Wire, “When my brother further asked for an arrest warrant or some official document featuring the charges against me, an FIR was shown to him which seemed to be a suo motu cognisance of my comment. But when he wanted a copy of it, they did not provide it or even allow him to take a photo of the FIR. However, he was orally informed about the sections under which I have been charged.”

Several news reports, quoting Imphal East Police, have confirmed that the case was registered under sections 153 (causing provocation to riot), 124A (sedition) and 505 (public mischief) of the IPC and that it was indeed for his Facebook post. But the police have still not specified which the offending post is.

A history of dissent

Erendro had also uploaded a Facebook post on July 18 in support of state police officer Brinda. The IPS officer recently revealed that she was pressurised by the state chief minister N. Biren Singh to go slow in a drug-related case.

Erendro said, “I am being targeted because I have been questioning the government. This is not the first time that the police have come to my house. In the past two years, they have been coming a number of times, even for holding peaceful, democratic protests. This is nothing but a concerted, deliberate attempt to silence any and every person questioning the government, which is one’s rights as a citizen in a democracy.”

He said he is afraid of returning to Manipur because the government might imprison him in the same way that it did journalist Kishorechandra Wangkhem. “Kishorechandra was first arrested in a case of sedition in November 2018. After the court released him, he was re-arrested on trumped up charges under the National Security Act and kept in jail for a long period. They may try doing the same with me too.  The reason why they are coming after people like us is to spread a blanket of fear among common people, so that they don’t speak against the government.”

Kishorechandra was arrested in November 2018 for a YouTube video in which he criticised Prime Minister Narendra Modi and the RSS, aside from the state’s chief minister. The Manipur high court released him in the first week of April 2019. 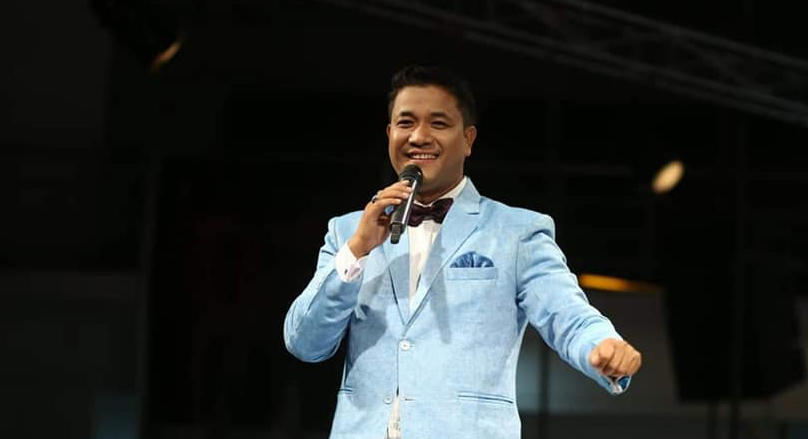 ‘How will you imprison my mind?’

On July 27, Erendro posted on Facebook, “I am being charged with sedition by the government for exercising my freedom of speech….you can imprison my body, but how will you imprison my mind?”

Erendro, who has a degree in economics from Harvard University, said that sometimes he thinks about the comfortable life he could have lived if he had chosen to continue living in the US instead of returning to work for his home state. “I knew it would be difficult for me here, but I didn’t expect that even my right to dissent will be taken away from me. The British-era sedition section is being increasingly used to stifle dissent. Look at the high number of sedition cases that have been filed since 2014 across the country,” he said.

“We all knew that there was a reign of terror in Manipur under the Okram Ibobo Singh government, but at least during his time, people could protest and speak up against the government, which is not the case under the present regime. People had hoped for a better life, but we have fallen from the frying pan into the fire,” he said.

The firebrand activist said he is discussing with his lawyers to issue “an appropriate response” to the charges.