'Want to Be a Reporter? We'll Make You a Reporter': Mandeep Punia Recounts Day of Arrest

The independent journalist spoke to The Wire about the unique progression of events on the day of his arrest. 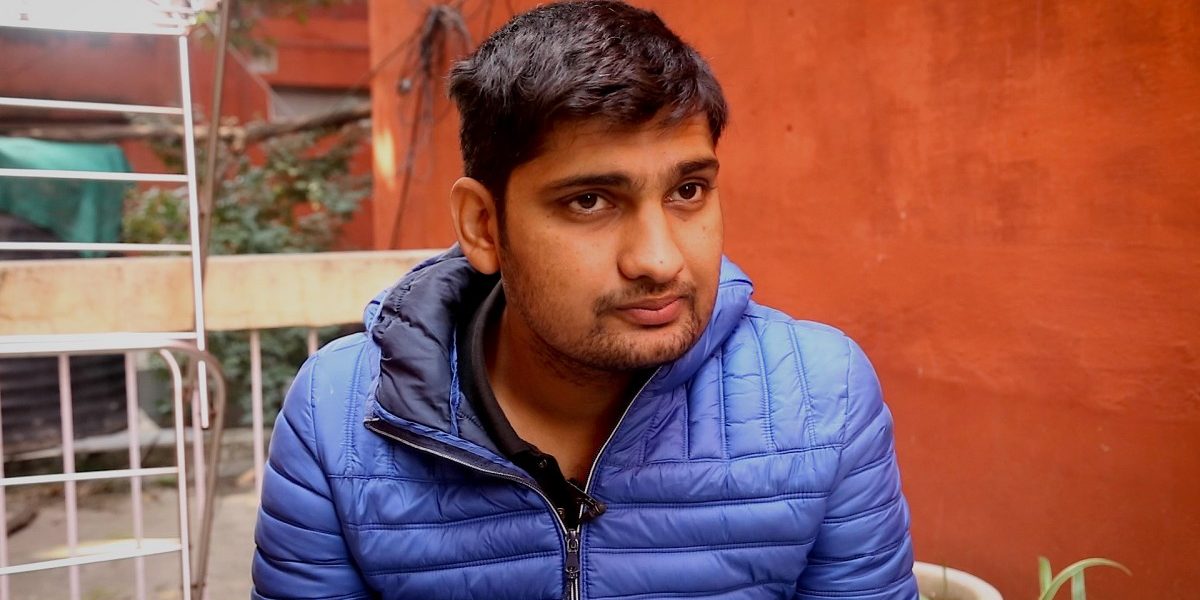 New Delhi: Journalist Mandeep Punia, who had been detained on January 30, at the Singhu border where he was working, was given bail on February 2.

While Delhi Police has claimed that Punia had pushed through barricades and manhandled police personnel, editors of Caravan magazine, where Punia is a contributor, had said that he was working on a report on what went into the sudden appearance of men who claimed to be locals at Singhu.

Speaking to The Wire, Punia noted that he was at Singhu at about 6 pm on January 30, when the Kisan Sangharsh Mazdoor Committee was conducting a press conference. Punia was with a colleague, Dharmender Singh, and was attending the conference when he spotted police officials abusing migrant workers attempting to cross the barricades at Singhu.

“Dharmender and I began filming this, but one of the police officers grabbed Dharmender and started dragging him away. I called out to the officer, saying that he cannot behave like this with a journalist,” Punia said.

Within moments more officers had arrived. “First, they rained blows on us. Then, they dragged us to a tent and beat us up even more. While they beat us, we heard them saying, ‘Do you want to be reporters? We will make you reporters’,” Punia said.

There was more verbal and physical abuse. 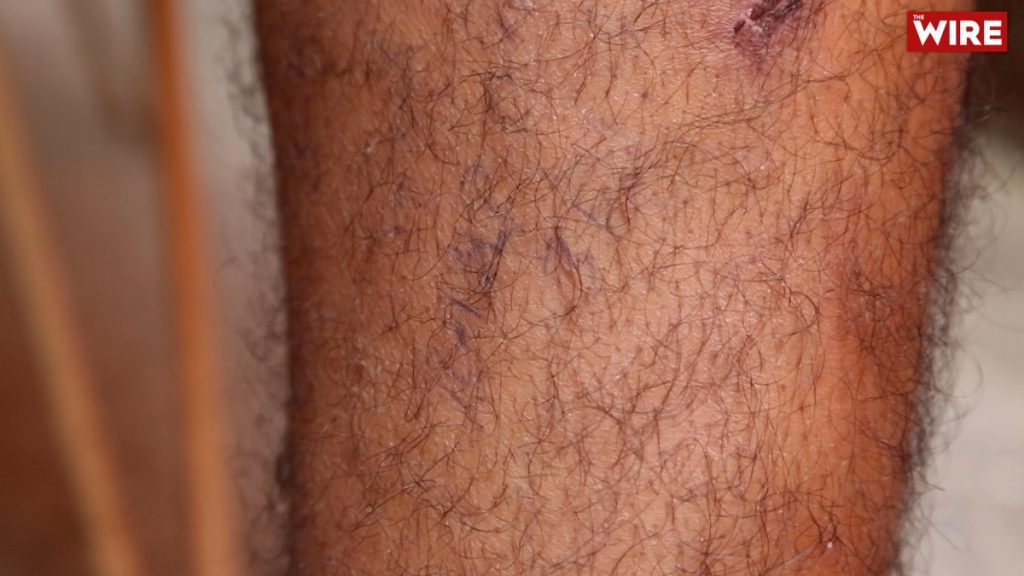 Mandeep Punia had scribbled on his leg while he was detained. Also visible in the photo is a scab from the beatings, he said. Photo: Mukul Singh Chauhan/The Wire

Later, Jatinder Meena, additional deputy commissioner of police Outer North Delhi, arrived in the tent. The officers filed out and Meena told the duo that a mistake had been made. Meena also offered medical aid for them and said they would be released, Punia recounted.

“We told him we will get our own medical aid. Getting a medical assessment done by them would mean that they would later put us in jail,” Punia said.

Punia also sought to remind Meena that he had met him in the morning of the same day regarding a report he was working on and that he was, after all, a journalist. “Meena agreed to this,” Punia said.

The two were led to a white Scorpio after this and driven away. “We arrived at a run-down building which I am not sure was a police station or not. The officers took off my winter jacket and turned on the ceiling fan in the room I was placed in. They began making absurd conversation amongst themselves saying, ‘Let’s show that he was arrested from a red light area,’ and so on,” he said.

At a point, a constable rushed into the room and informed the officers that a video of Punia’s arrest has gone viral in social media, he said. The officers left and returned 30 minutes later.

“I was taken to the Ambedkar Hospital in a private car. At 1.40 am, we arrived for a medico-legal. They tried influencing the doctor by telling him that I had a scuffle with the ‘staff,’ but the doctor told them that he had seen the video of my arrest and that he should be left alone to do his job,” Punia told The Wire.

At 3.30 am, Punia said, he was locked up at the Samaypur Badli Police Station. Repeated requests to call his friends, his editor or his wife, were denied, he said.

Punia also said that he was presented before the magistrate at a time when his lawyers were being told that his hearing was going to take place at a later time.

The full video of the interview can be found here.