50,000 Farmers Begin Long March Despite Government’s Efforts to Stop Them

The march was delayed by a day as protesting farmers, landless labourers and tribals who were supposed to join from Thane and Palghar were held up by the police. 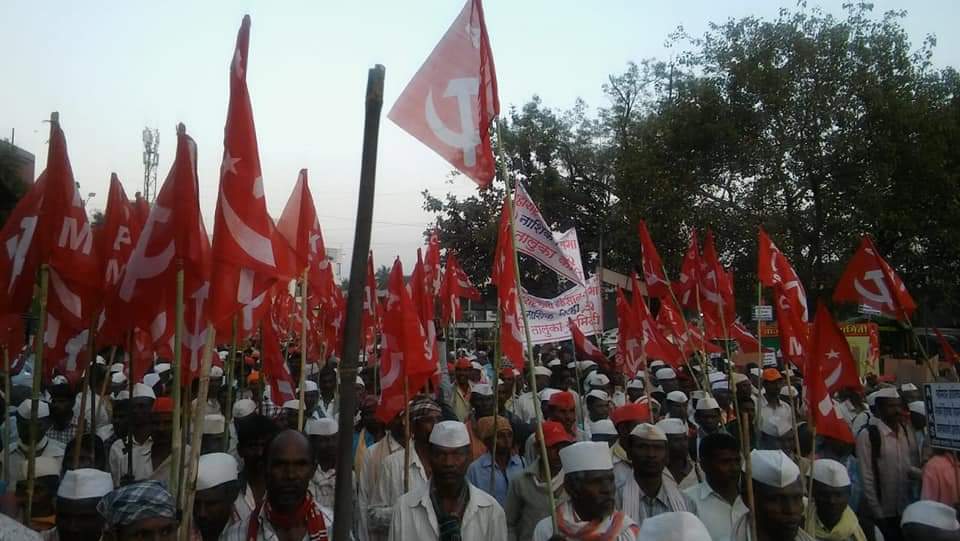 The long march beginning from Nashik on Thursday. Credit: Twitter/AIKS

New Delhi: Around 50,000 farmers began their 180-km protest march from Nashik to Mumbai early on Tuesday. The Communist Party of India (Marxist)-affiliated All India Kisan Sabha (AIKS), the organisers of the march, had planned to begin walking on February 20. However, the plan had to be delayed as protesting farmers, landless labourers and tribals who were supposed to join from Thane and Palghar were held up by the police. 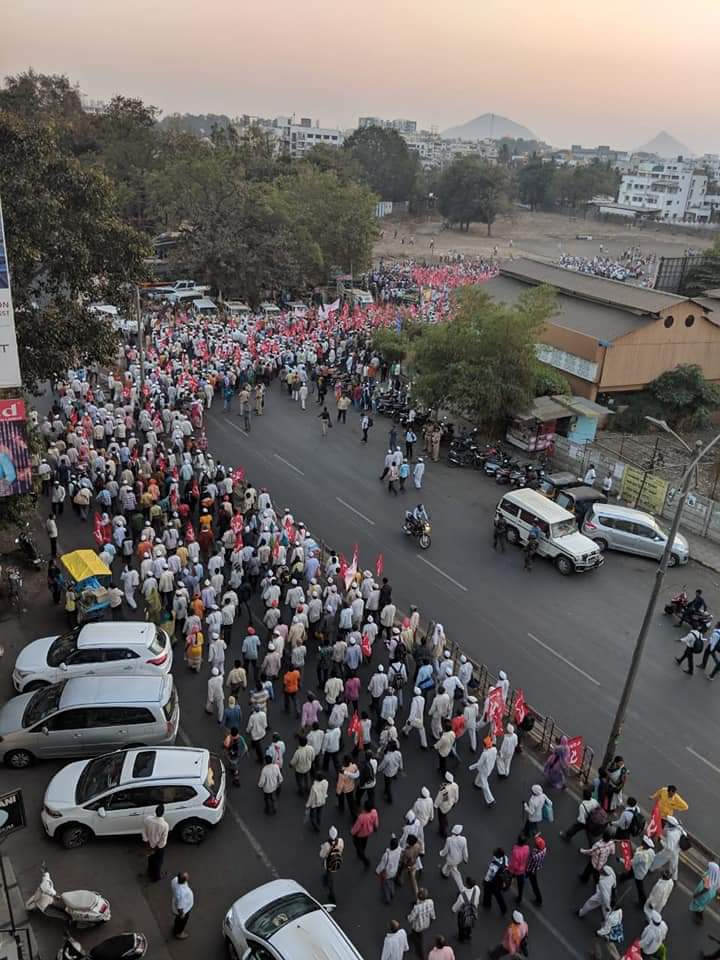 “Around 15,000 people from Thane and Palghar were detained by the police. They did not allow them to move. It was only when the media highlighted the issue, that the government was forced to relent,” said Ashok Dhawale, AIKS president.

According to the AIKS, the protestors from Thane and Palghar reached Nasik at around 10 pm. “It was too late to move when they came at night. So, we decided that we will begin the march in the morning. At around 10 am, 50,000 people began their march to Mumbai,” Dhawale said.

The delay was used by the Maharashtra government to attempt to broker peace. Water resources minister and guardian minister of Nasik, Girish Mahajan, met with the AIKS representatives. However, talks remained inconclusive. “He has given some assurances that the government might consider some of our demands. Not all. We have asked him to put it in writing. We will take a call if and when a written assurance is given by the government,” said Dhawale.

Also read: In Photos | They Marched Then, They’re Marching Now

The protestors have now begun marching from Nasik with provisions such as rice, flour, oil and salt packed in the vehicles that are moving with them. They expect to reach Mumbai on February 27 and stage a protest at the state legislative assembly.

The protestors are demanding urgent measures for immediate drought relief, provision of land titles under Forest Rights Act, and the minimum support price at cost plus 50%.

The AIKS has also condemned the decision of the Supreme Court to evict tribals and forest dwellers whose claims have been rejected by states under the Forest Rights Act.

“It is a draconian judgment by the Supreme Court and we condemn it. The fact that the government did not even send its lawyers to defend the rights of adivasis shows that they want to ensure that all these lands are pocketed by corporates,” said Dhawale.