Love in the Time of Parental Rage

The Tamil Nadu government is attempting to take the rights of young lovers back by decades. 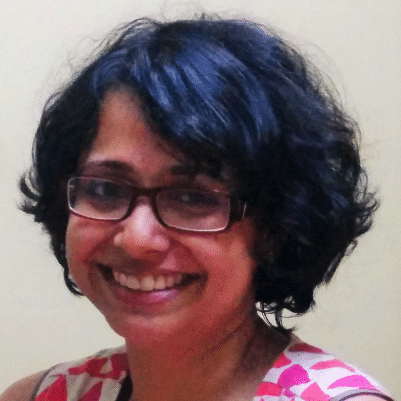 Media reports that the Tamil Nadu government has allegedly created hurdles for the registration of marriages under the Hindu Marriage Act comes as a surprise for those following the programmes and policies of this otherwise “progressive” state.

Ironically, this is a regressive requirement that accompanies an otherwise progressive legislation.

One of the consequences of the Dravidian movement in Tamil Nadu was the passage of the Hindu Marriage (Tamil Nadu) (Amendment) Act, 1967, which was one of the first legislations passed by C.N. Annadurai upon becoming chief minister in 1967. The amendment removed the requirement that Hindu marriages have to have been conducted in the presence of a Brahmin priest and involve the ceremonies of saptapadi. Under the Amendment, suyamariyathai or “self respect” marriages could be deemed valid if the couple exchanged rings, garlands, declarations of intent to marry, or by the tying of the thali (necklace), in the presence of friends or relatives. This amendment was widely invoked in inter-caste marriages, free from ceremonies steeped in caste, and has even withstood constitutional challenges.

According to The Hindu‘s report, the internal circular provides that:

Clearly, a couple who seek to register their marriage, be it a “self-respect” marriage or one conducted under the Hindu Marriage Act, now have to ensure that they have documentary proof of their parents’ current addresses. A Twitter user with the handle @subjudiced described in a series of tweets the bureaucratic hassles he encountered around his brother’s marriage registration, which took place last month:

True story. My younger brother got married on 25th Feb in Chennai. Inter-caste. My parents returned to hometown immediately after the wedding. Newly wedded couple, the girl’s parents, my elder brother & I went for registration the next day with all the documents that are required.

After verification of documents, they asked for parents. we said, “girl’s parents are here”. they were like “no both the set of parents must be here” and refused to entertain.

I got slightly agitated and asked them where they are getting this requirement from. we were then told to meet the senior officials. They told us that the addresses of parents must match with addresses mentioned in documents of bride & groom.

It did match in our case. we eventually got the marriage registered. when we were getting done, they told us the reason as to why they are asking for parents now.

Apparently a judge’s daughter got married & registered the marriage without the parents, which created a huge scene in the registrar offices. they want to avoid situations where powerful/ rich parents come & yell at them on their face for registering inter-caste marriages.

I guess the way they operate is, check the castes, ask for parents (to know if the parents have consented), then ask for ID proof of the parents (by saying address should match), see who the parent is, keep the registration on hold & alert the parents if they have to. ridiculous!

The Hindu quoted an official who explains that couples are still open to have their marriages registered under the Special Marriage Act. The Hindu Marriage Act and the Special Marriages Act came into being very close to each other, with the latter having been enacted a year before the former. The purpose of both laws is different. The Hindu Marriage Act provides for what is a valid marriage under Hindu law. Valid marriages under this Act, and in fact all laws that recognize marriage, are to be registered under the Tamil Nadu Registration of Marriages Act, 2009. The registration, which requires proof of marriage such as photos of the event, invitation cards etc. is in effect post facto recognition of the marriage by the State.

On the other hand, the Special Marriage Act actually prescribes the procedure for marriage, including mandatory publication of notice in a district in which at least one of the parties to the marriage has resided for a period of at least 30 days prior to the registration of the marriage. This register is to be kept open for inspection by any person. Formal objections to the solemnisation of the marriage must be in relation to any of the conditions for marriage not being met, for example, either parties being underage, or already married. However, it does not preclude ‘informal’ objections to marriage in the form of threats, coercion and violence.

The rationale being rumoured for these provisions appear to be to minimise the damage caused to government offices by angry family members and caste organisations after the registration of a ‘contentious’ marriage. Clearly, this is a law and order problem, and it is preposterous that the burden of preventing this is being placed on couples who are trying to comply with the State’s requirement of registering marriages. For instance, in order to be eligible for financial assistance of Rs. 2.5 lakhs under the Dr. Ambedkar Scheme for inter caste marriages, registration under the Hindu Marriage Act is mandatory. This money can mean a lot for a couple who have been ostracised from their families. However, the newly prescribed steps to become eligible for the same can cost them much more.

The mandatory involvement of parents in a decision taken by adults is also clearly violative of the right to privacy of the couple. As Justice S.A. Bobde summarises in K.S. Puttawamy versus Union of India,

The first and natural home for a right of privacy is in Article 21 at the very heart of ‘personal liberty’ and life itself. Liberty and privacy are integrally connected in a way that privacy is often the basic condition necessary for exercise of the right of personal liberty. There are innumerable activities which are virtually incapable of being performed at all and in many cases with dignity unless an individual is left alone or is otherwise empowered to ensure his or her privacy.

In the same ruling, Justice D.Y. Chandrachud concluded that “privacy includes at its core the preservation of personal intimacies, the sanctity of family life, marriage, procreation, the home and sexual orientation.” In fact, it would be interesting to consider whether the “open” notice procedure under the Special Marriage Act is either necessary or constitutional, in light of the 2017 judgment, especially when the ‘state interest’ to verify age and prior marital status can be satisfied with electronic verification of marriage records and birth registrations in these modern times.

The amendment to the rules on registration of marriages under the Hindu Marriage Act may enable more tragedies like that of Shankar, Ilavarasan, Sushma, and countless others whose names we should never forget. The government’s approach of ‘prevention being better than cure’ cannot be allowed to take the rights of young lovers back by decades.