Activists say the state government has failed to ensure that produce sold by forest-dependent communities is procured at the minimum support price.

Niyamgiri, Odisha: India’s tribal communities have for long collected and sold forest produce estimated to be worth Rs 2 trillion, annually. Termed as minor forest produce (MFP), select items are entitled to a minimum support price (MSP), as with select agricultural crops, under the ‘MSP for MFP scheme’ introduced by the previous government in 2013-14.

In Odisha alone, the MFP collected has been conservatively estimated to be worth over Rs 5,000 crore per annum. A full third of the eastern state is under forest cover; nearly 23% of its population are Scheduled Tribes (ST). These sizable revenues, however, have not translated into steady income for Odisha’s forest-dwelling tribal communities, due to the state’s poor record of procurement and implementation of the MSP scheme, and of protecting STs from predatory traders. Now, the extended national lockdown to contain the spread of the coronavirus – closing in on 50 days – is leading to an immediate, alarming loss of income for tribal communities, raising the spectre of impending hunger.

For instance, the Dongria Kondhs – among 75 particularly vulnerable tribal groups – most of whom reside in the Niyamgiri hills spread across Rayagada and Kalahandi districts in southern Odisha, have been struggling to sustain their livelihood after the lockdown abruptly closed their traditional marketplaces: haats (local weekly markets).

“Early morning is the best time to collect kendu,” Shinde Wadaka, 47, a Dongria Kondh from Khajuri village in Bissam Cuttack block in Rayagada told The Wire, while preparing to venture into the adjacent forest along with her two daughters. The kendu plant is well known for its leaves, which are used for rolling beedis. Its fruit is also collected for sale. 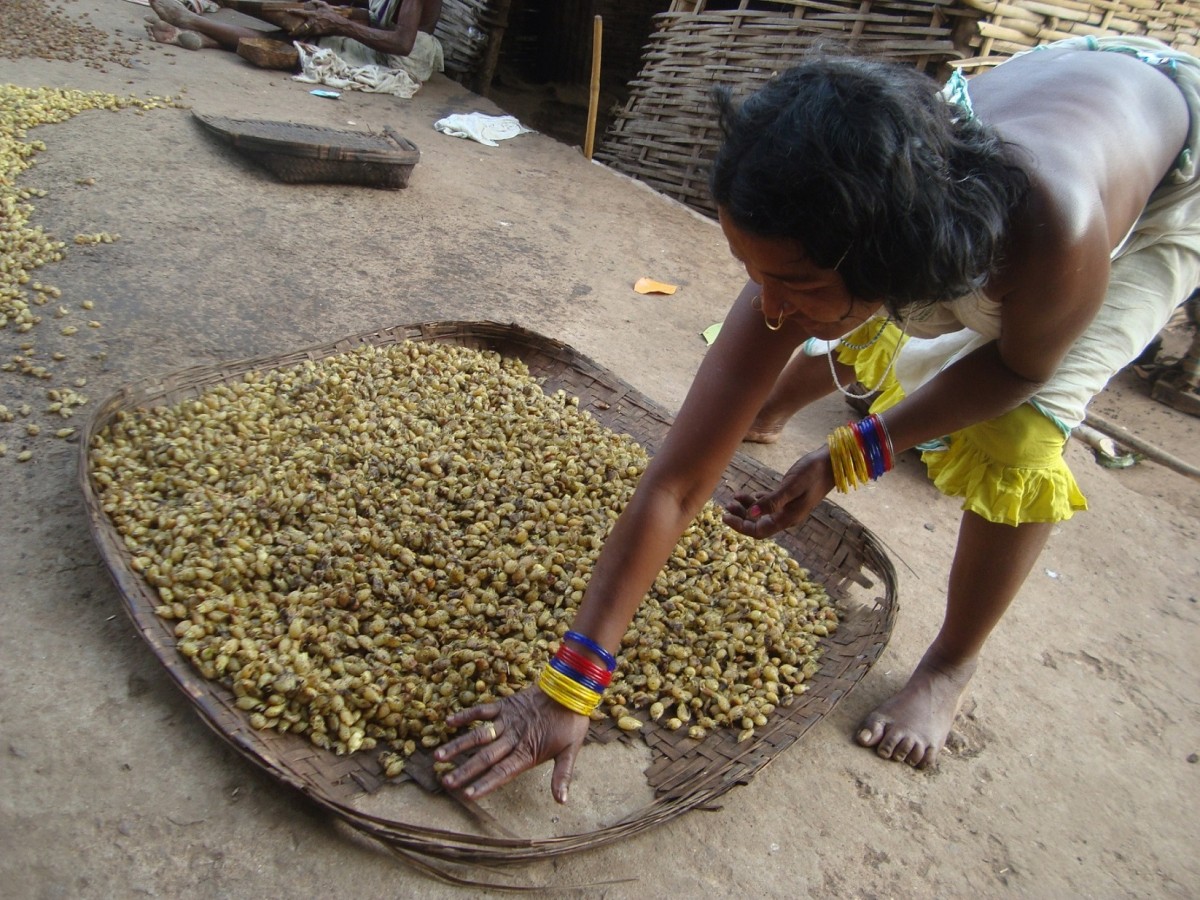 “I have been collecting chahar fruit, kendu fruit and leaves, and mahua seeds and flowers since childhood. We would sell these at the haats. Now the haats are closed. What should we do?” asked a desperate Wadaka. Some MFP products, including chahar, kendu and mahua, are highly perishable. If not sold or procured within a fixed time after harvesting, their quality deteriorates.

Gathering mahua seeds is a strenuous process. First, the seeds have to be collected from the forest. These then have to be sorted and dried before being taken to the market. All the work, from forest to market, is done mostly by women.

“Last year, I earned about Rs 4,000 to 5,000 per month selling mahua seeds. This year, we are struggling to sell these at a good price,” Krushna Kadraka, 48, from Kadraguma village in Rayagada told The Wire. 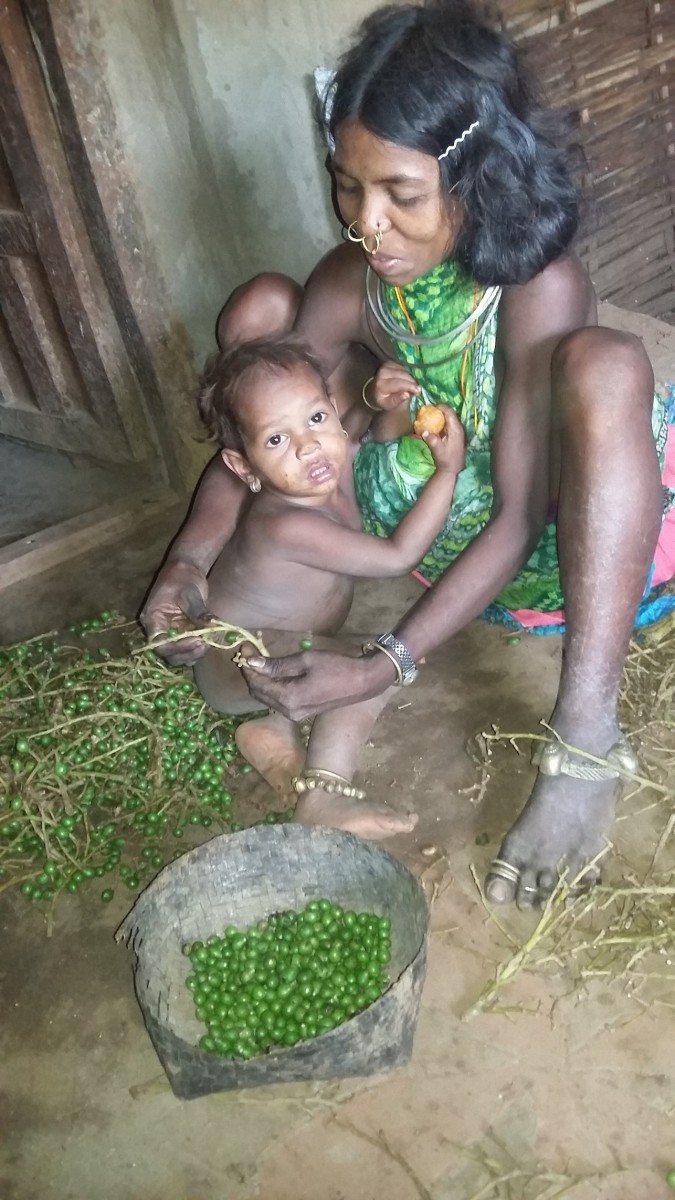 “We work day and night to collect forest produce, but we don’t get a fair price for our hard work. Local private traders are paying just Rs 20-25 for a kilo of mahua flowers,” said an annoyed Kadraka and added that it was much lower than the Rs 35-40 she usually gets at the haats. “They don’t accept our rate and say nobody will buy our harvest if we don’t sell it to them. It’s true, as there is no haat,” she added. The Wire has learned from ground reports that numerous private traders who are not authorised to purchase MFP, are clandestinely doing so in Niyamgiri.

Wadaka and Kadraka’s travails mirror those of hundreds of Dongria Kondhs, who are now forced to sell their produce at a throwaway price to private traders during the lockdown. The Dongria Kondhs are traditionally dependent on forest resources for survival. Sale of MFP is a critical source of livelihood, especially during the pre-monsoon dry season of March to June, when alternative sources of income are slim.

The produce also provides for the nutritional, medicinal and cultural needs of these communities. Tragically, the lockdown is coinciding with the dry season, which is also the peak season for collection and sale of MFP. During this period, Dongria Kondhs usually earn approximately Rs 4,000-6,000 per month from selling forest products, which contribute 60-80% of their annual household income, according to local civil society organisations.

“The lockdown has shattered the livelihood of the Dongria Kondhs,” Susanta Kumar Dalai, a development professional working with Dongria Kondh communities in Niyamgiri, told The Wire. Dalai promotes the Indigenous Uncultivated Forest Foods campaign, which aims to strengthen forest-based livelihoods of indigenous communities and harness the economic potential of MFP to alleviate poverty in Odisha. “If the government doesn’t take urgent action, these poor communities will witness an economic crisis,” warns Dalai.

Lack of state procurement and meagre market price for MFP due to the lockdown has worsened the financial situation of the Dongria Kondhs, leading to a visible increase in indebtedness and impoverishment in Niyamgiri. “The rate of accessing informal loans has increased in the last three to four months among the Dongrias,” Subhas Bhoi, a journalist based in Bissam Cuttack, told The Wire. “Interest rates levied by unscrupulous local moneylenders is typically exorbitant. This lockdown can push the Dongrias further into poverty,” added Bhoi.

The lost income means these communities will now find it difficult to buy essential agro-inputs, including seeds and fertilisers, for the next crop season. “We sold a pair of pregnant goats. It was painful, but what else could we do?” Krishana Kadraka, 67, also from Kadraguma village, told The Wire. “This lockdown is not good. There is no money in our hands,” she said.

The value chain – from collection to sale of MFP – is largely unorganised and informal in Odisha, leading to inequitable distribution of profit, say livelihood development experts. Lack of access to market information, and finance and storage infrastructure further limits the possibility of forest-dependent communities getting a fair price for MFP. “Lack of value addition such as cleaning, grading, packaging and branding causes the primary supplier to lose a substantial part of the potential income,” said Dalai.

“The state government has failed to ensure MSP for produce sold by forest-dependent communities,” Y. Giri Rao, director of Vasundhara, a not-for-profit organisation in state capital Bhubaneswar which works with tribal communities in Odisha on issues of land rights and governance, told The Wire.

The state has an obligation under Article 46 of the constitution to ‘promote with special care the… economic interests’ of the weaker sections, in particular the Scheduled Castes and the Scheduled Tribes, and protect them from all forms of exploitation, says Rao. This is not reflected in the Odisha government’s lethargic approach towards ensuring MSP for indigenous communities’ forest produce.

“We have witnessed the underperformance of public sector procurement and trade agencies,” says Dalai. Reportedly, about 90% of the funds earmarked for the MSP for MFP scheme remained unutilised countrywide, five years after the scheme was introduced. In 2019, MFP worth Rs 78 crore remained unsold in state-run godowns across India.

The UPA government’s scheme had provided for a revolving fund, with a central-state government contribution basis of 75%:25%, respectively. Odisha’s utilisation of its funds under the scheme is very far from satisfactory. Odisha received Rs 4,991 lakh as central government share of the revolving fund, and another Rs 820 lakh for infrastructure development – aimed at increasing the income of the primary supplier – in 2013-14. 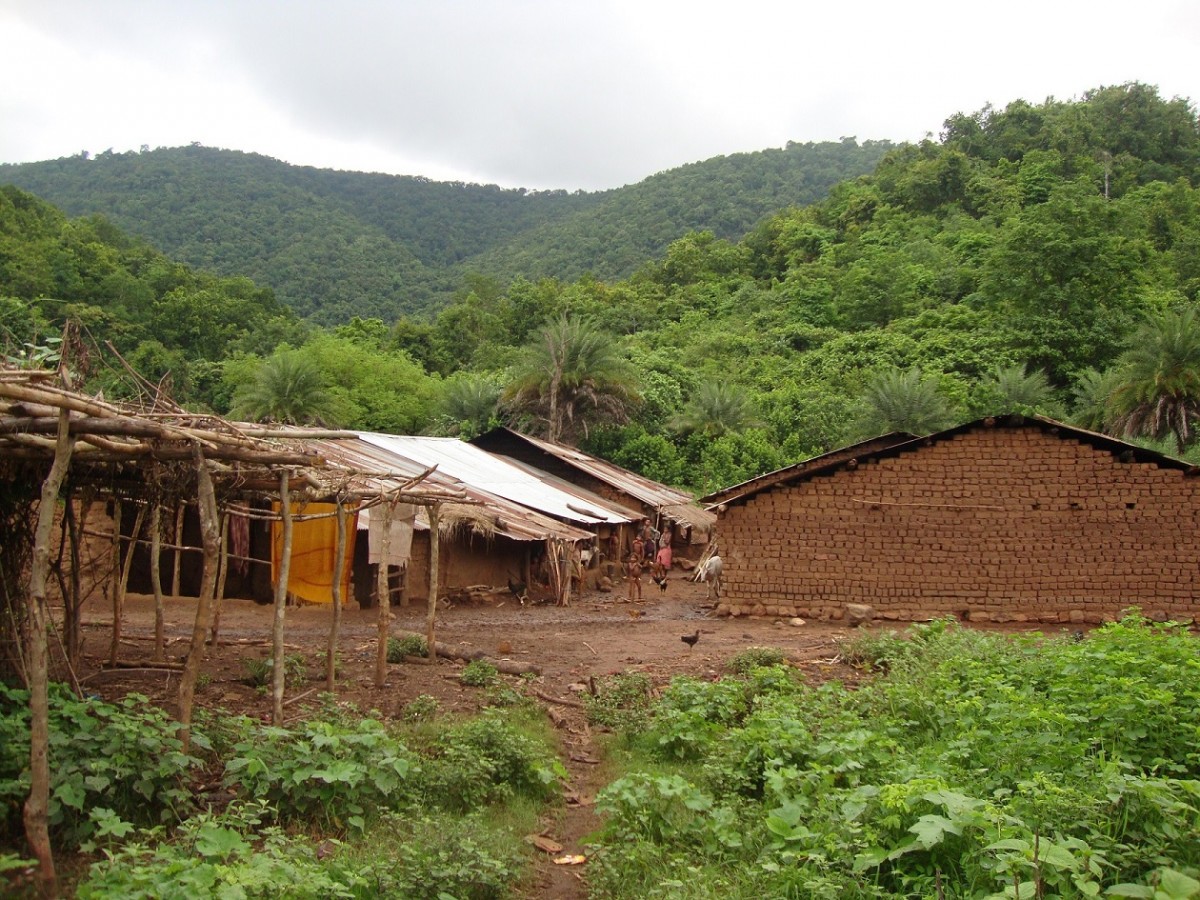 By February 2018, Rs 9,857 lakh was available to the state government under the scheme, according to a Community Forest Rights-Learning and Advocacy (CFRLA) factsheet published in 2019, yet it had spent only Rs 371 lakh on procurement between the 2014-15 and 2017-18 financial years. Rao claims that the Rs 9,857 crore includes interest earnings of Rs 2,109 lakh over four financial years starting 2013-14, as Rs 8,552 lakh is in a fixed deposit (Vasundhara is a participating organisation in CFRLA).

“Less than 1% of targeted households benefited from the scheme. The state government was able to spend only 5.61% of the total money available for procurement of MFP,” Rao told The Wire.

Only 39% of the available funds – (Rs 431 lakh of Rs 1,091 lakh) – were utilised for infrastructure development such as the construction of godowns and modernisation of haats, as per the CFRLA report. “The state government almost stopped the implementation of MSP on MFP scheme from the financial year 2017-2018,” claims Rao.

In response to economic hardship precipitated by the COVID-19 lockdown, the central government announced a 16-66% increase in MSP for 49 MFP items on May 1, 2020, in a bid to provide much-needed support for procurement from forest-dependent communities in 20 states. However, experts say it will be challenging to expedite procurement of MFP in remote tribal areas, given the stringent lockdown protocols on movement and transport, and the resultant widely reported crippling of supply chains across the country.

Odisha has about 32,918 forest fringe villages with a population of 23.38 million, among whom 7.04 million are STs, according to Census 2011. An estimated 6 million of Odisha’s 9.5 million ST population – 63% – is critically dependent on forest-based resources for their survival. Past studies have shown that Odisha’s STs have the lowest incomes among STs in all Indian states, and as many as 75.6% of Odisha’s STs live below the poverty line. If quick action is not taken to remedy Odisha’s forest-dependent tribal communities’ curtailed access to traditional markets caused by the lockdown, and to ensure they get fair prices for their produce, a crisis of hunger in Niyamgiri is just weeks, if not days away.

Abhijit Mohanty is a Delhi-based development professional. He has worked with indigenous communities in India and Cameroon, especially on the issues of land, forest and water.