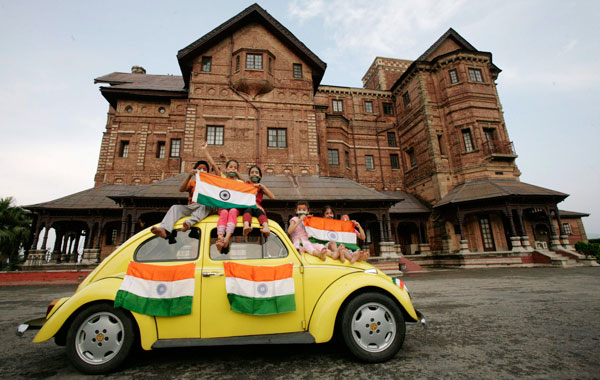 Children hold Indian national flags as they sit on a car during a photo-shoot in front of Hari Palace during the Independence Day celebrations in Jammu. Photo: Reuters

The main ‘takeaway’ from the Pew Report on India is that Indians are deeply religious and that they believe other communities have the right to their religious beliefs. Yet most respondents do not want to live next door to members of another religion. And they fervently believe that inter-community marriages are unacceptable. (As an aside, what else could they believe when state governments are passing laws to outlaw ‘love jihad’, a propaganda phrase that is an oxymoron at best and perverse at worst?)

Other findings reinforce the conclusion that religiosity does not feed into or nurture the democratic project of ‘living together’ as equal citizens of the Republic of India. Segregated living and segregated lives appear to be the order of the day.

Apart from the perplexing discovery that Indians who do not believe in rebirth believe in karma, there is nothing that is startlingly new about these findings. In the 19th century, colonial administrators and census commissioners had decided and decreed that Hindus and Muslims cannot live together in the same country. Rabid, extremist groups bought into an invention that was cleverly designed to push Hindus and Muslims apart. In August 1947, the overwhelming role of politicised religion in the politics of the country was given the stamp of approval. India was partitioned on the basis of religion. This was perhaps the most damaging legacy of colonialism.

Partition was the outcome of vicious forms of nationalism. We had thought Indian society had learnt from history, but we were wrong. Religion continues to be politicised with relentless ferocity by politicians of every hue. And not everyone figures out that there is a fine distinction between ‘religion as faith’ and ‘religion as politics in pursuit of raw power’.

The findings of the survey must have reassured many Indians. Generations have grown up with the fond belief that they and their society are religious, and therefore spiritual. The relationship between religion and spirituality is seldom spelt out. Nevertheless, it is this very quality that apparently marks us off from the materialistic West. We often forget that the thesis of Indian or more precisely Hindu spirituality was first put forth by German Romantics in the 18th and the 19th century, and buttressed by reports of missionaries, administrative officials of the East India Company and the British Raj, and above all by Indologists and Orientalists. This is, however, another story that has been told and retold by a number of distinguished scholars. It continues to be disregarded.

The seeming contradiction between the belief that everyone has a right to her own religion, and the reality of social segregation and political exclusion, validates the one question that has troubled political theorists across the world since the latter part of the 20th century, specifically after the breakup of the Soviet bloc and Yugoslavia in 1989, and the spread of ethnic cleansing and genocide in Eastern Europe and other parts of the world. How can people who belong to different faiths learn to live together as equal citizens? 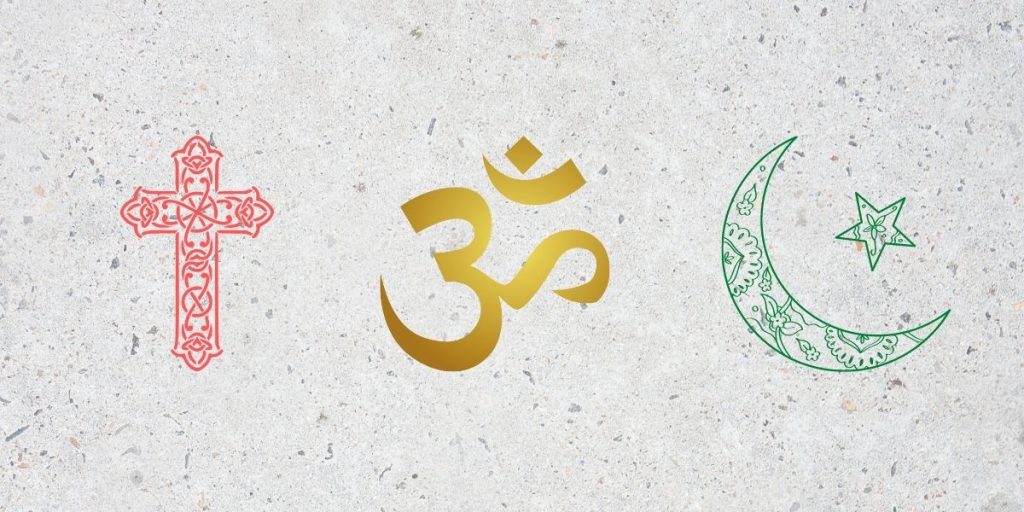 We have still not found an answer to this question. Perhaps there can be no answer, because there is no logical connection between privately held religious beliefs and the project of ‘living together’ in the public sphere.

The proposition that Indians are religious and that they grant to others the right to their own religion does not move automatically to the normative proposition that different religious groups can live together as equal citizens in a democratic community. The two propositions have to be connected through deliberate political intervention, some degree of imagination, and a great deal of tolerance.

The construction of a strong link between communities is difficult, but it can be accomplished. Divided societies can be brought together, conflicts can be negotiated, and stereotypes nullified by a focus on commonalities. Solidarities develop in the overlap between rituals, language, music, folk traditions, historical memories, mythologies and worship at syncretic shrines. Fellowship ripens in the work place, in and through social associations in civil society, political campaigns and social mobilisation, and through networks of trade and commerce that demand high degrees of trust. There is no reason why people who subscribe to different notions of the good cannot ‘live together’ as fellow citizens in a democracy despite the fact that they live apart in society.

No reason, except the unremitting intrusion of the politics of animosity and ill will into the body politic, the dissemination of the vulgar notion that democracy means rule by the majority, and studied insensitivity to the fate of minority groups.

In most plural societies, the trigger that translates indifference or even inert suspicion towards others into hate speech, and even more hateful acts, is designed and implemented by self-styled leaders of different communities. In the black and white movies of the 1950s, at some point a perpetually suffering heroine or her defender would stand up and address custodians of public morality in the following words: ‘Samaj ke thekedaro’, or custodians of society. Today these self-styled protectors of communities excel in excavating often hidden sentiments of resentment against other communities, and in playing up incidents that otherwise can be passed off as minor. They do not belong to any specific faith, they have no loyalty, they are most often than not mercenaries up for sale to the highest bidder. The tragedy is that they intentionally derail our chances of living together with civility.

The only way to counter hate speech and hateful acts is creative and imaginative politics. We need generous leaders who dream dreams of social harmony and political togetherness. The state of political discourse in the country is, after all, shaped by the discourse of the state.

Consider the politics Nelson Mandela brought to South Africa. When Mandela was released from South Africa’s dreaded prison system in 1990, his country was on fire. He set out to establish peace through the philosophy of tolerance and reconciliation, even though the road he travelled in pursuit of this noble goal was strewn with landmines.

The testing point of his commitment to peace and reconciliation arrived when one of South Africa’s most prominent and loved leaders, Chris Hani, was assassinated by a white racist in April 1993 near Johannesburg. The assassination sparked off major protests, arson and violence across the country.  The international media prophesied that Mandela would not be able to manage the combustible situation, let alone lead a stable government, given the tide of violence that threatened to drown the country. Prominent commentators reiterated what they had been saying since Mandela was released from prison – South Africa would be torn apart by civil war. 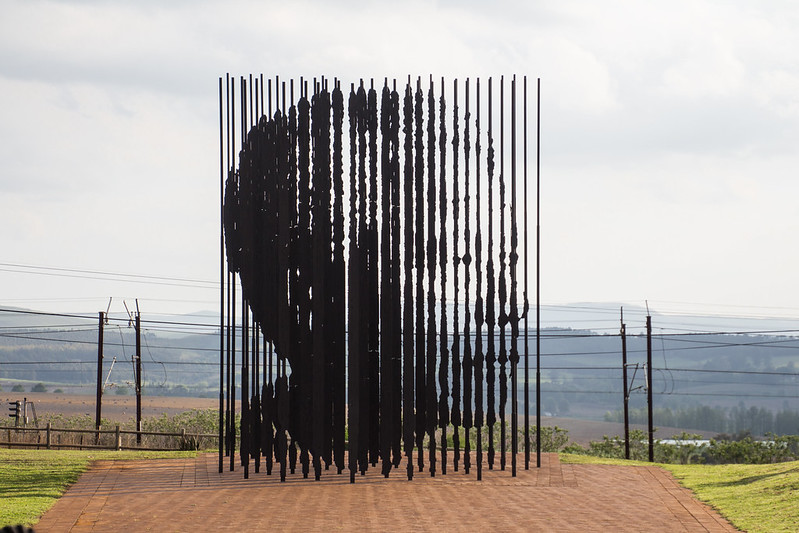 Mandela defied the doubting Cassandras and proved them wrong. Determined to end the spiral of violence that could dislodge multi-racial negotiations, the enactment of a constitution, and the country’s first democratic election, he stepped into the charged atmosphere. His speech has gone down in history as one of the finest orations in the world. His April 13, 1993 address was inspired by a development that was new to South Africa: collective grief. Hani’s death was mourned by all communities, black and white, condolences poured in from all quarters, and the country was united by pain. Mandela took up the theme of shared grief and spoke of empathy; the ability to place oneself in another’s situation.

His address on South African Television was both powerful and moving. He skillfully drew attention to the complexities of the issue at hand. Whereas a white man had committed a foul murder, a white woman had ensured justice by identifying the killer and testifying against him. Human nature cannot be essentialised in terms of one attribute, race or creed. “What has happened is a national tragedy that has touched millions of people, across the political and the colour divide… This is a watershed moment for all of us… We, must not let the men who worship war, and who lust after blood, precipitate actions that will plunge our country into [war].”

He warned people that it was the responsibility of every South African to fight for the values that Hani had given his life for; the value of freedom. We have to use our pain and our courage to move forward towards democracy, he said, unhindered by those who worship war. The basic conflict, he pointed out, was not between races, it was between those who worshipped violence and those who yearned for peace. The basic message was that human beings are not divided on the basis of colour. The deepest divisions are between values some people hold and others want to destroy. People must unite on the basis of their values, against those who pursue violence and have scant disregard for human life.

What Mandela was saying was that human nature cannot be essentialised. There is no relation between the racial group we are born into and our beliefs and commitments. We cannot be parcelled out and labelled as if our biology dictates our mentalities. I always knew, Mandela wrote in his autobiography, that deep down in every human heart, there is mercy and generosity. No one is born hating another because of the colour of his skin. If people can to be taught to hate, they can equally be taught to love.

Crucially for Mandela, a democratic political community was not only a matter of establishing a legal relationship between the state and the people. It was about establishing a relationship based on fellow feeling and empathy between people. And this can be done. Reigning ideologies succeed in moulding individual and collective prejudices. Given the ideology of tolerance that encourages individuals to connect with each other on the ground of emotion and empathy, the finer instincts of human beings begin to unfurl and develop: the instinct for empathy, the desire to share the pain and the joys of other people, and the ability to relate to each other.

The lesson Mandela taught all of us is invaluable. Whereas a constitutional and legal system that provides a framework for all manners of transactions is essential for any society, it is not enough. People must be taught to respect their fellow beings, and for this they need leaders of vision: creative leaders, imaginative leaders, compassionate leaders, and leaders who are devoted to the welfare of all. The discourse of the state has to be that empathy and solidarity should rule inter-community living, not the politics of brute power and the politicization of religion in pursuit of power. Solidarity is the only bond that provides a firm foundation for political democracy and for a just society. Perhaps then we will find a match between personalised religion and religion in the public sphere.