Letter to a Freedom Fighter

'Please know that your life continues to inspire those who believe in the idea of genuine azadi.' 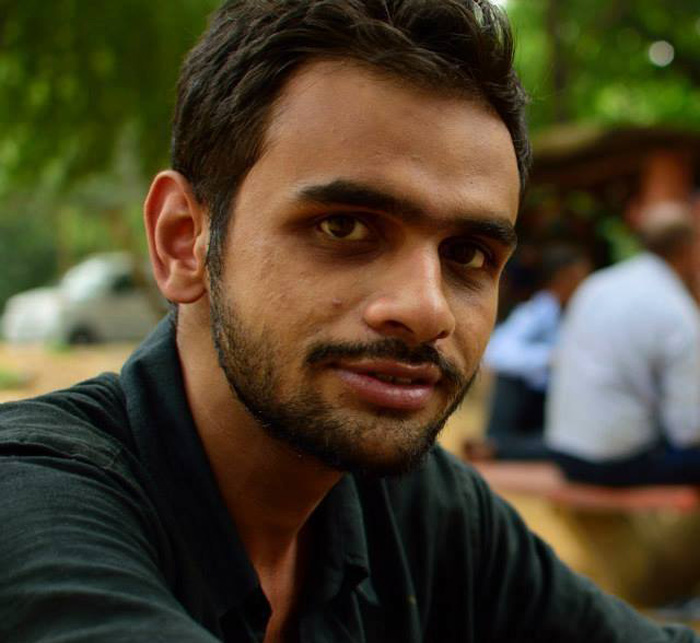 Belated birthday and Independence Day greetings! I cringe a bit as I say that, of course, because this is the second birthday you have spent in jail. I don’t know how they celebrated ‘Azadi ka Amrit Mahotsav’ in Tihar Jail where you are currently lodged, but out here, the poor sold the tiranga on the streets while the affluent took mini-vacations over the long weekend. This, I imagine, is a small sample of the kind of deep inequality which bothered you enough to pursue a PhD from JNU to try and understand India’s systemic problems better.

I remember meeting you for the first time at the Delhi Press Club in September 2017. Journalists, activists and others had gathered to condemn Gauri Lankesh’s brutal murder a couple of days before. A pall of horror hung in the air.

We struck up a conversation and I asked you if you planned to join politics. You responded with, “I prefer to work at the grassroots and help the cause of the Adivasis.” File photo of Umar Khalid (right) with Gauri Lankesh, the journalist who was assassinated on September 5, 2017. Photo: Facebook

In a world where the MBA seems to have become the degree of choice, and the pursuit of personal wealth the highest aim, it was rare to meet someone taking the time to study and understand the problems of the tribals in Jharkhand. (Your PhD thesis, I believe, is called, ‘Contesting claims and contingencies of rule: Singhbhum, 1800-2000’)

Five years later, I still remember the sense of hope I came away with, despite the gloom of Gauri Lankesh’s murder.

We barely chatted for about fifteen minutes, but your sharp intellect and genuine empathy for India’s marginalized left a deep impression on me. I can imagine the effect you are having on those you interact with every day in prison, both inmates and wardens.

As the American poet Edgar Guest said, “One good man teaches many; men believe what they behold” People notice things, you know?

They observe you closely even when you think they aren’t, and they never forget the evidence of their own eyes. I daresay those you interact with in prison no longer believe the lies they have heard about you in the print and news media.

I think about your incarceration a lot.

One reason for this might be that I have seen prison life at close quarters, having counselled prison inmates for many years as a volunteer. I have witnessed the gamut of emotions a prisoner can experience. There are days that fly by, and there are days that never seem to end. Prison life can break you or profoundly remake you. But from everything I have read about your time in prison, it certainly looks like it is doing the latter.

“In the early phase of incarceration, he was restless, fidgeting like a wild cat forcefully caged. 700 days of incarceration later, he is much calmer, matured and at times, even somber… Has the Kafkaesque reality overwhelmed him? Somehow it seems it’s the other way round. He is somehow getting a better grip and taking control of the reality. In the blinking game with insecurity, it’s Umar Khalid – 1, Despondency – 0!”

You seem to have discovered that inner wellspring of fortitude that those who fought for India’s freedom also found as they spent time in prison. As far as I am concerned, you are in a similar league. They too, like you, espoused the cause of truth and non-violence. You too, like them, care deeply for your country.

As the nation celebrated its 75th Independence Day, the ruling dispensation tried desperately to cover up its gargantuan failings with millions of polyester flags. And while it may be doing its best to silence those who expose its misdeeds, please know that your life continues to inspire those who believe in the idea of genuine azadi.

Yes, there are many who have swallowed the lies of Modi’s lapdog media and ‘WhatsApp University’ hook, line and sinker, but there are also many others who genuinely believe in the ideals of the Indian Constitution. For them, your courage is a ray of light and a beacon of hope.

Rohit Kumar is an educator and can be reached at letsempathize@gmail.com.