An 'Anthem' for Our Troubled Times: Leonard Cohen's Music Stirs a Range of Emotions

Cohen’s lyrics speak to us not only about the sheer despair of the situation at hand, but of the small chinks in that seemingly impregnable armour of darkness.

It took Leonard Cohen a decade to compose his famous song, ‘Anthem’ – a song that becomes a beam of light, even if a sliver, during dark passages of time. The verses, carrying within them a redemptive strain, remain meaningful in the troubled times we pass through, finding particular resonance in contemporary India.

Last Monday, human and civil rights activist Gautam Navlakha reminded us of Cohen’s song. “Do please listen to Leonard Cohen sing the ‘Anthem’ and remember to: Ring the Bell/Which still can ring/Forget your perfect/ Offering/There is a crack/A crack in everything/ That’s how light gets in,” wrote Navlakha in a statement after the Supreme Court turned down the anticipatory bail petitions he had filed along with well-known academic, Anand Teltumbde, in the Bhima Koregaon case.

The song’s verses speak to us in different and relevant ways: “I can’t run no more/ With that lawless crowd/ While the killers in high places/ Say their prayers out loud/ But they’ve summoned, they’ve summoned up/ A thundercloud/ And they’re going to hear from me.”

It’s difficult to find easy binaries – with us or against us – in much of Cohen’s music. Moving between shadow and light, his music is about nuances. Cohen’s songs don’t necessarily rile up passions. They sometimes prod people into recalling values that are fast dying: empathy, compassion, tolerance, freedom. In a world as narrowly fragmented and narcissistic as ours, ‘Anthem’ is a reminder of all that we are losing. Or perhaps have lost already. Cohen’s lyrics speak to us not only about the sheer despair of the situation at hand, but of the small chinks in that seemingly impregnable armour of darkness. “There is a crack in everything/ That’s how the light gets in.”

At home, Navlakha’s invocation of Cohen stirs a range of emotions. Among the many disturbing developments that have, since 2014, changed India beyond recognition, the recent violence in Delhi, and now the impending outbreak of the coronavirus, deepens the uncertainty of our times, and of life itself. Situated on different registers, they reveal the brokenness of things, the stigma of isolation, and the rampant inequities bolstered by religious affiliation and class position. Though the nature of these ‘diseases’ differs, we find running through them a common strain of human indifference.

The riots in Delhi revealed the extent of that cold indifference in how the police and the political class reacted – or failed to – to the situation. The coronavirus epidemic threatens indifference in other ways. Media reports have drawn attention to the stigma and discrimination a 63-year-old man, diagnosed with COVID-19, had to grapple with in his Mumbai housing society: “The residents alleged that after the man tested positive, people who managed to identify him, sent him hate messages and discriminated against his family members.” The community, among them residents the man, who died, had known for years, blamed the patient for spreading the virus. His wife and son, who also tested positive, have been admitted to the hospital.

As much of the world goes into lockdown and uncertainty looms, Cohen’s music, brooding and tinged often with wry wit, is reassuring, urging us to confront the darkness before finding light.

For much of his life, Cohen battled depression. He tried medication and sought spiritual solace. “In 1996, the musician became a monk, but that did not safeguard him from depression, a lifelong nemesis; two years later, it overwhelmed him,” wrote David Remnick in a profile for The New Yorker. On stage, at a concert in London, Cohen said, in his usual humorous way: “I turned to a rigorous and profound study of the religions and philosophies, but cheerfulness kept breaking through.”

He spent nearly a year in Mumbai, where he interacted with Ramesh Balsekar, a former president of the Bank of India and a teacher of Advaita Vedanta. “For reasons that he now says are ‘impossible to penetrate,’ his depression lifted. He was ready to come home. The story, and the way Cohen tells it now, full of uncertainty and modesty, reminded me of the chorus of ‘Anthem,’ a song that took him ten years to write and that he recorded just before he first headed up the mountain,” Remnick recounts.

Leonard Cohen died on November 7, 2016, just two days before Donald Trump was elected president of the US. “Since Cohen’s death, in an anarchic week in the US, the lyrics of ‘Anthem’ specifically are resonating across the internet,” Cassie Werber noted. Nothing has changed since. The spirit of ‘Anthem,’ that combination of despair and hope, still resonates across the world, whether it is in the context of political violence or the coronavirus onslaught. 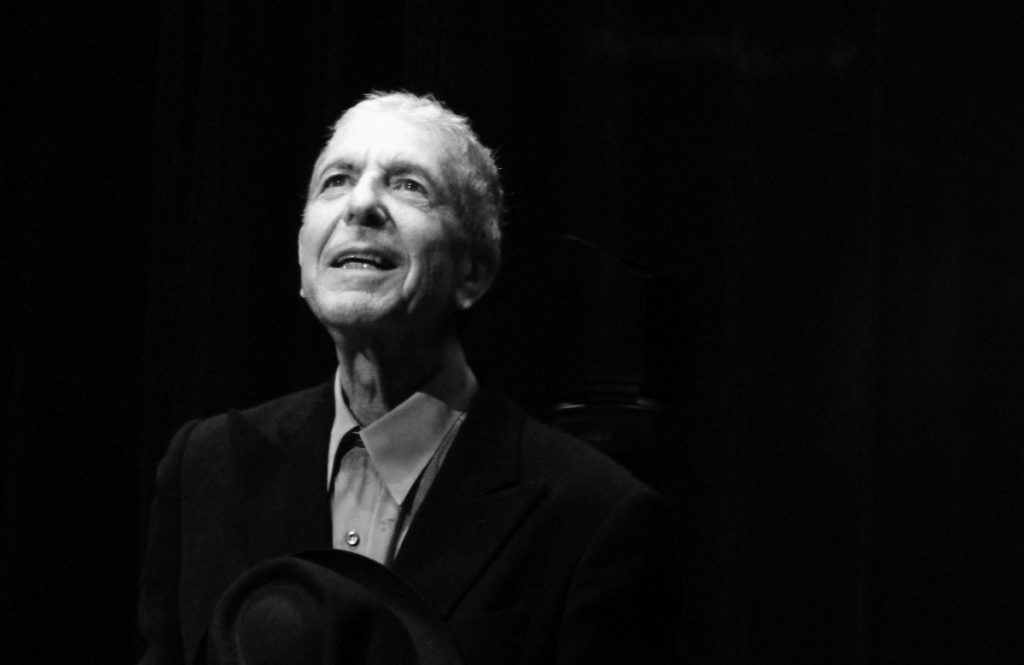 In the period Cohen was writing the song, which eventually became a part of his 1992 album, The Future, momentous events were transforming the world. The Soviet Union and the socialist bloc crashed like a house of cards, the Berlin Wall came down, and the Chinese military massacred students in Tiananmen Square.

Since then, dramatic changes have, of course, unfolded unabated. The escalation in violence against Muslims notwithstanding, people in India have overwhelmingly backed Narendra Modi and the ruling BJP in two consecutive Lok Sabha elections. Two years after Americans voted Donald Trump, a business tycoon, to the presidency, Brazilians elected Jair Bolsonario, well-known for his regressive opinions, as their president. That was also the decade that witnessed the UK’s decision to exit the European Union, followed by Boris Johnson’s triumph in the national elections. From Germany, Austria, and Spain to Sweden, Finland, and Estonia, nationalist, anti-immigration parties have surged across Europe, and elsewhere.

Even as the world seemed to be getting nastier and meaner, the coronavirus pandemic exploded, changing our lives overnight. One wonders what Cohen would have created confronted by this dystopia. The title song of his last album, You Want it Darker, contained the words: “There’s a lover in the story/ But the story’s still the same/ There’s a lullaby for suffering/ And a paradox to blame/ But it’s written in the scriptures/ And it’s not some idle claim/ You want it darker/ We kill the flame.”

We currently face this constant interplay of darkness and light that Cohen wrote about in most of his music. If we are witnessing manic stockpiling of food and essentials, stigmatisation, and the racialisation of people, we can also find acts of generosity and kindness all over the world. “… I’m seeing young kids, millennials, who are volunteering to go take groceries to people who are homebound, elderly. I’m seeing an incredible influx of nurses, heroic nurses, who are coming and working many more hours than they worked before, doctors who fearlessly go into the hospital to work. I’ve never seen the kind of volunteerism I’m seeing,” said epidemiologist Larry Brilliant in an interview with Wired.

A reminder that even in moments of isolation and distancing, there are reasons to hope for those who can dance us through the panic, till we are gathered safely in.