The ground for mob lynchings has been strengthened and sanctioned in such a way that blaming the victim is the new normal. 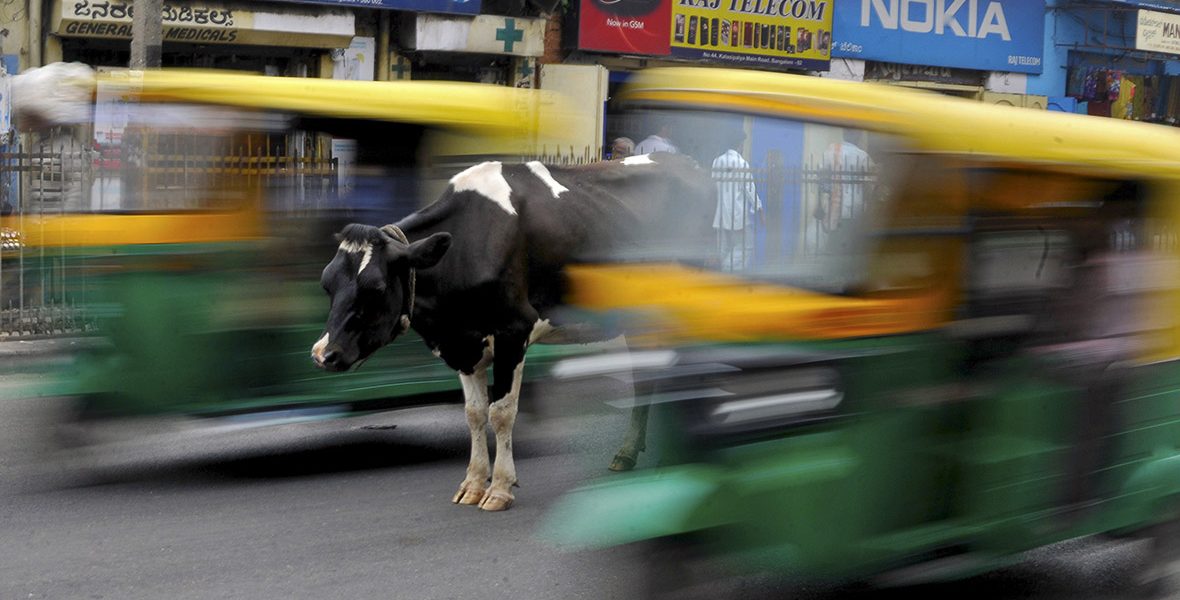 A cow stands in the middle of a busy road in Bengaluru. Credit: Reuters

Another day, another lynching. It is becoming too repetitive. To many, it is too boring to talk about it. After all what is new in the news except for the name of the person lynched? What we start looking for then is the novelty of the method employed in the lynching. What did they use – sticks or swords? Did he die on the spot or in the hospital? Was it really a mob or only two persons? Was it a case of mistaken identity? Were the gau rakshaks really angry? Was it really the beating that killed him or something else?

We like to be clinical about the details, perfect with the facts. And yet, your blood should boil when you learn how Rakbar Khan bled to death.

See the vicious cunning of the ministers and leaders of the BJP. The home minister of Rajasthan says that it might be a custodial death. It is obvious that he is trying to shield the goondas who assaulted Rakbar and left him to die. The callousness of the police is evident but to shift the blame to the police gives an assurance to the goondas acting in the name cows.

Another minister issues an appeal to the Muslims to stop smuggling of cows.

Home minister Rajnath Singh, fed up with the demands to say something after each killing, said he can’t be expected to issue a statement after each incident. Yes, the incidents are far too many and happening at a frequency which makes it difficult for him to keep pace. It would also be tiring for him to speak to the press each time such an assault takes place. So he takes a blanket approach to the problem.

Now that the government has announced the formation of not only one but two committees to look into mob lynchings, people should stop asking it to react. It has reacted adequately and should be allowed to look after other important affairs. We are asked to trust its seriousness.

Not that statements are not issued daily by the ladies and gentlemen of this government. Just after Rahul Gandhi expressed his disgust at the manner in which the police had treated the injured and dying Rakbar – sipping tea while he lay bloodied in their jeep, assaulting him and ensuring that he was dead before taking his body to the hospital – three important ministers jumped in and, instead of condemning the killing and expressing sympathy with the murdered Rakbar, attacked Rahul Gandhi. They charged him with the crime of spreading hate.

Essentially, now if you condemn murder and criticise the culture of violence, you become a trader of hate.

A day after the latest murder of Rakbar Khan, who was a Muslim, Indresh Kumar, the Rashtriya Swayamsevak Sangh recruit tasked with domesticating, taming, and in short, nationalising of Muslims, said mob killings would stop the moment beef eating stops. 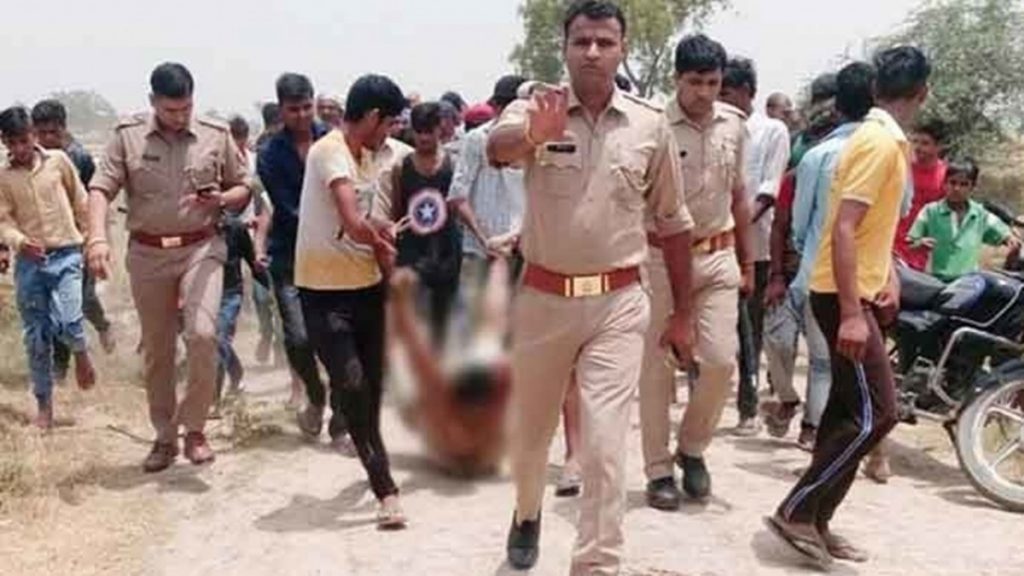 A mob drags the body of 45-year-old Qasim who was lynched in Hapur, Uttar Pradesh, in June. Credit: Twitter

A trade off has been offered. It is for the beef eaters to respond. And now you also know that the killings won’t cease till beef eating ends. So there is no use asking the government to put an end to it – it is for the Muslims to act first.

Before him, a Central minister made it clear that such killings would increase with the increase in the popularity of the present prime minister.

So, Muslims and all of us should be prepared for more.

We need to understand that so long as mobsters are in power, the killings will not stop. Till then, the police will have the excuse that such killings have a legitimate reason, that Muslims themselves are to blame for it.

Rajnath Singh himself is responsible for preparing the ground for these killings. To go to any extent to stop people from eating beef is a nationalist duty.

Let us recall his words of applause for BSF jawans just after the Narendra Modi government assumed power in 2014. He asked them to go all out to stop the smuggling of cows to Bangladesh. Who can object to such a demand? Let us however read what he told them days after this exhortation. The Times of India reported, “I am told [the] prices of beef in Bangladesh have gone up by 30% recently due to heightened vigil by [the] BSF against cattle smuggling. You further intensify your vigil so that the cattle smuggling stops completely and prices of beef escalate 70 to 80% more so that the people of Bangladesh give up eating beef.”

Singh mixed this call with making India cow slaughter free. One can see how cleverly he mixes the defence of national security and the national economy with changing the dietary preferences of even foreign nationals. You have to go to any extent to do that.

Read how a villager explained the killing of Rakbar, as reported by The Wire. He said he had informed the goons to apprehend the “cow smugglers”. “Our farms are the last spot where these smugglers could be caught. Beyond these, the Mohammedan area starts,” he said.

There, he alleged, “they openly sell beef and you cannot question anybody”.

So, Rakbar had to be caught before that border. He was, and then was disposed off.

Just when we are trying to understand this murder, comes news of another of and another beating. This time the location is Ghaziabad and the crime of the targeted Muslim man is that he was there to marry a Hindu woman. Another cardinal sin, but fortunately the police arrived in time.

Before all this becomes so regular that we turn into land of murderers, we need to stop this. To do that we must remember the mantra of the mayor of London, Sadiq Khan: “Tough on crime, tough on the cause of crime.”

Is there anything left to say about the cause of the crime?