The New Land Ownership Laws May Unite Kashmiris Across All Territories

If the Big Landed Estate Abolition Act of 1950 became the concrete ground of the Jammu-based opposition to Sheikh Abdullah, the Centre's new policy may unite groups in all the regions. 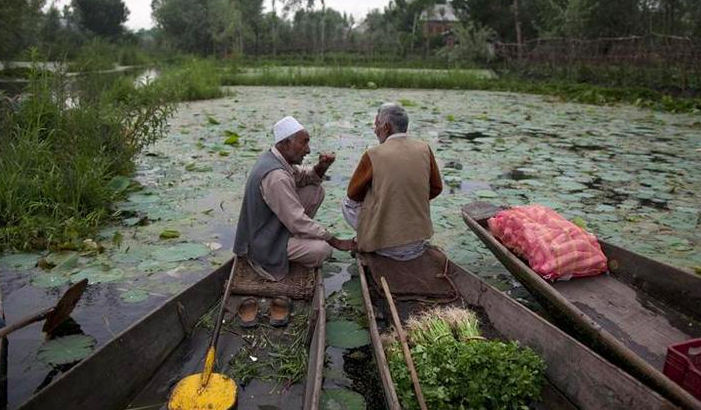 For more than a year now, it has been the unstated policy of the Central government to project Kashmiris in the Valley as enemies of Indian nationalism, and laud those in the Jammu province as dyed-in-the-wool nationalists.

Opinions within the erstwhile state with regard to the now revoked Article 370 became the pivot around which this distinction has been sought to be made.

The willingness or reluctance to be “fully integrated” with the Hindutva vision of a homogenised nation has been milked to dub Kashmiris either as loyal Indians or as perpetual threats to national unity.

That demographic profiles have played an all-important role in such determinations is by now the worst-kept secret of the new “Executive India”.

That the only Muslim-majority state in undivided India chose of its own popular volition to throw its lot with the Indian dominion rather than with a Muslim Pakistan has somehow never obtained the sort of purchase that it deserved with the Hindu right wing. Nor the resonant fact that Muslims of Kashmir stood rock-like against fellow-religionist invaders at a time when there was neither an army nor accession with India available for support.

The further stark irony being that the then Hindu Maharaja of that state had wished to maintain an independent status while an overwhelming popular sentiment under the leadership of the towering Sheikh Abdullah was to reject not just a Muslim nationhood but, initially, any idea of independence, both on pragmatic and idealist constitutional grounds.

One may add to that the unparalleled way in which Pandits and other minorities in the Valley remained protected and fraternised  compatriots in resistance to the tribal invaders.

The issue of land ownership

Indeed, the Jammu-based opposition to the Sheikh Abdullah-led National Conference was to issue from the question of land redistribution.

The Big Landed Estate Abolition Act of 1950 which restricted land ownership to 22 acres, enabling the new Kashmiri dispensation to return land in excess of that measure to the actual tillers, was to become the concrete ground of that communalised Jammu-based opposition, since the bulk of those big estates belonged to Dogra Kashmiris.

Once again, after some 70 years, it is that question which comes to occupy the centrality of an all-Kashmiri resentment against the new land ownership laws notified by the central government for the Union Territories of  Jammu and Kashmir, and Ladakh.

As the Indian Express has commented editorially, the resentment against the new laws seems as strong, if not stronger, in the Jammu province as in the Valley.

Think of the irony: if Jammu had protested against the land reforms of the early 1950s which were seen to whittle down the privileges of  affluent land owners then, today the reinstatement of the right to land ownership in the state by Indians from outside, without limit as to  acreage of non-agricultural land has raised the hackles of Kashmiris in the same Jammu province – a fact that resonantly testifies to the power of local imperatives in opposition to centralised predilections.

However much Kashmiris in Jammu and Ladakh may have celebrated the revocation of the state’s special status, they had not, in their bubble of glee, imagined or fully absorbed how far the Centre had intended to go with the reformulation of economic life in the state. Leaders in Jammu, aligned with the Hindutva forces, had tended to remain satisfied with assurances voiced by both the prime minister and the home minister that the right of Kashmiri domiciles to employment and land ownership would be protected. 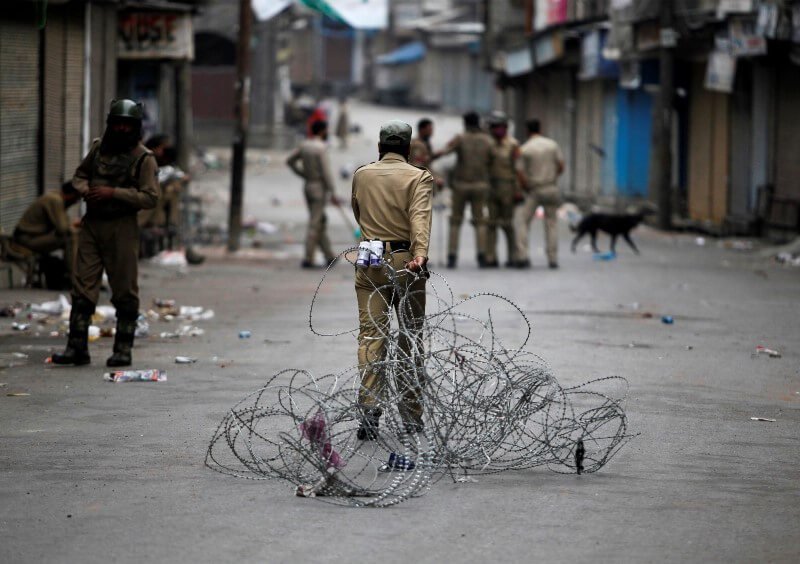 The new domicile laws announced by the Centre, franchising all those who had lived for fifteen years in the state, or whose progeny had  schooled for ten years in the state seemed an acceptable move by Kashmiris in Jammu province, although within weeks of that announcement it became clear that Kashmiris in Ladakh wanted protection of their rights to land, forest wealth and employment under the sixth schedule of the constitution.

Little did they suspect that those new stipulations about domicile were to be rubbished by the Centre within only weeks after, revealing the  principle policy thrust of the Modi government to throw open Kashmiri land to crony entrepreneurs for commercial exploitation of the wealth of the state. That even on the very morning of the announcement of the new land laws, the honourable lieutenant governor was still assuring Kashmiris that no demographic changes were intended and no damage would ensue to domicile laws has come to be seen by all Kashmiris as the final betrayal – a  measure callously indifferent to both previous commitments made and to the feelings of Kashmiris in all parts bearing on their identity across religions and ethnicities.

Clearly, with this measure, the Centre may have come to bite more than it can chew, even with the security apparatus in place.

If the mainstream parties have been hard put to forge a new political agenda and praxis, finding themselves pitted against Kashmiris in Jammu and Ladakh who had expressed great euphoria about the reading down of Article 370, the Centre may have now given cause to Kashmiris across the board to come together in a common cause – one that they now see as bearing not just on their self-respect but on livelihood issues of far-reaching consequences.

A remarkable pointer to that reality has been  the fact that the Apni Party (amusingly referred to as the “King’s  party)  in Jammu has felt obliged to mount a public demonstration against the new land ownership laws, and led by a Hindu, even as supporters of the PDP came out in the Valley.

A sense has begin to surface that the Centre means to disregard Kashmiri opinion in any and all matters because, as the Indian Express has put it, they feel they can do because they can.

In that context, the prolonged and contemptuous denial of elections to an assembly, and the spawning of a localised political infrastructure via the district development councils are coming to be seen as a strategy to denude Kashmiris of any worthwhile, democratic representation and prerogative in the matter of running their own affairs – a sort of throwback to colonial times.

Coming days and months will show whether Kashmiris all over the erstwhile undivided state will find the will and the popular strength to finally overcome the clout of the now centralised state machinery to mount a united resistance, or whether the Hindutva right will still be able to deflect and weaken that possible resistance through a familiar tactic of sectarian politics. 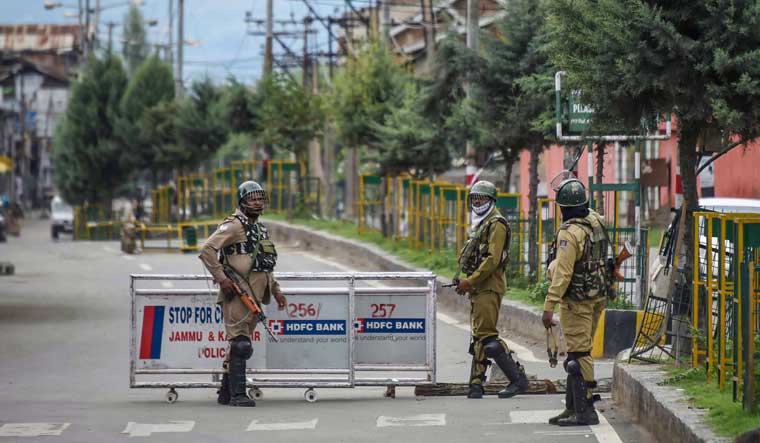 That Kashmiris in Jammu and Ladakh fear that outside intrusion and control may be poised to affect their areas more than Kashmiris in the valley adds to the piquancy of the moment.

Is it on the cards that Sheikh Abdullah’s vision for the undivided state will find new traction and ownership now even in Jammu and Ladakh?

That the Pakistan factor has far less hold in those two parts may make it difficult for the powers-that-be to hoodwink Kashmiris by a familiar call to secure the divided entities from that ever-obliging enemy.

It is notable that on the day of the Prophet’s birthday, the president of the new People’s Alliance for Gupkar Declaration was prevented from praying at the customary congregation at Dargah Hazratbal, although Omar Abdullah did find his way to Kargil, where he made a connect with Kashmiris there in favour of the resolve to fight for the reinstatement of the revoked provisions of “special status.”

It will be interesting to see how this cat-and-mouse between the alliance and state authorities will play out as the days go by. That the National Conference was able to bring out a protest demonstration in Jammu, led by Devendra Rana, must also be an absorbing fact in that regard.