In Lakhimpur Kheri, BJP Proves India Has No Rule of Law Today

The picture which emerges is that of a banana republic and not of a country with a democratic constitution. 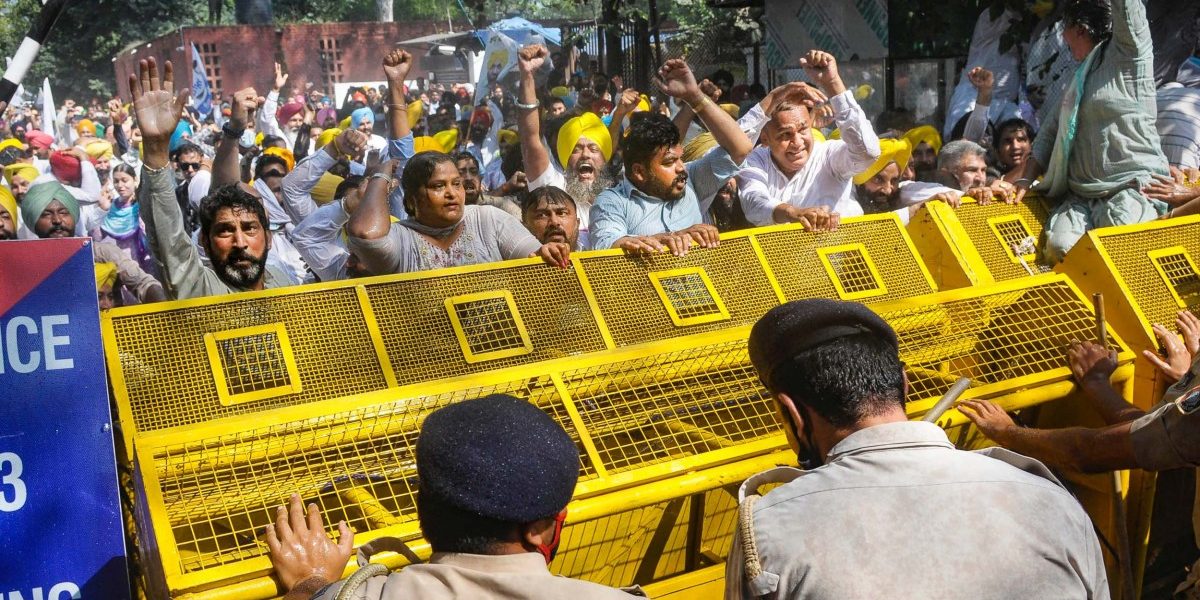 The farmers were run over by a speeding convoy of VIPs, among them, it is alleged, the son of India’s minister of state for home affairs. Video footage suggests this was no accident but an act of wanton callousness. The VIP entourage appears to have opened fire too. A journalist covering the accident was also killed. Angry farmers at the scene then brutally set upon and killed three occupants of a car from the convoy which had overturned. The three victims are said to be BJP workers.

Until now, at stake was only the fate of three laws related to farming and agriculture which the country’s farmers have been opposing for more than a year. Sure, Narendra Modi was running the risk of courting unpopularity with a major section of the population but BJP strategists may have figured they had enough cards to play between now and 2024 to handle the potential electoral consequences. However, Sunday’s violence, and in particular the Yogi Adityanath and Modi governments’ response to the incident, have dramatically altered the terms of the national debate.

Apart from showcasing its own callousness and triggering widespread public anger, what the BJP has done is highlight the fact that there is no rule of law in India today. It is now evident that the problem is not one of protesting farmers holding Delhi or other parts of India “ransom” to their demands but of an angry ruling party holding hostage the right and liberties of anyone questioning their policies and decisions.

First, more than 72 hours after the killings, the son of the minister has yet to be arrested or even detained for questioning by the police. This, despite the police themselves filing an FIR, based on a murder complaint by a farmer, naming the son as a prime accused. The message this sends is obvious: if you have political connections, the law will not takes its course but follow the one you set.

Second, the minister himself continues to remain a member of Narendra Modi’s council of ministers, that too in the home ministry – whose remit includes law and order. The fact that his son is being treated in a way that no murder accused in India would be is proof that papa’s ministerial power is being abused. Yet, there is no word of his resignation. Not even a change of portfolio to avoid the obvious conflict of interest involved.

Third, for three days opposition leaders and activists have been prevented from visiting Lakhimpur Kheri to condole with the families of the dead. Instead, they have been illegally detained or prevented from travelling. Uttar Pradesh is notorious for adopting this approach whenever the state government fears political embarrassment. The law allows Section 144 of the IPC to be imposed – with reason – and restrict the movement of more than four people. But it cannot be used to detain a leader, especially if she is not moving around in a group.

Fourth, a communication blackout was imposed in the district which lasted well beyond any supposed ‘law and order’ requirement. After all, a ‘compromise’ was reached between the police and farm leader Rakesh Tikait under which the local protests were called off and compensation announced. After that, there has been no incident of any kind. Clearly, internet services remained suspended because the Adityanath government feared the political consequences of allowing people to communicate freely.

Taken together, the picture which emerges is that of a banana republic and not of a country with a democratic constitution.

The BJP’s reaction is a sign of its panic, a recognition of the game-changing nature of what happened at Lakhimpur. The farmers now have a larger cause to fight, and millions of Indians from all walks of like will make common cause with them.