Hariom Mishra's mother insists that he shouldn't be called a 'BJP worker', as he was simply doing his job to feed his family. 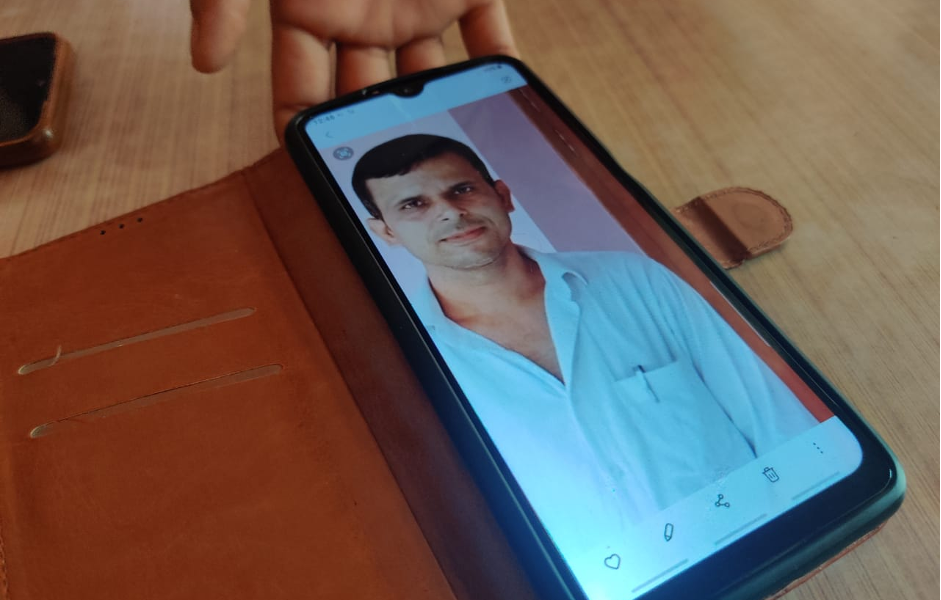 He was killed on Sunday during the violence in Uttar Pradesh’s Lakhimpur Kheri, after a VIP convoy mowed down protesting farmers, killing four and injuring others. The farmers had been demonstrating against the visit of local MP and Union minister of state for home Ajay Mishra ‘Teni’ and UP deputy chief minister Keshav Prasad Maurya to a wrestling event.

Hariom was employed as Ajay’s driver. The Union minister’s son, Ashish Mishra, was allegedly a part of the convoy that killed the farmers, and has since been named in a murder FIR.

Mahesuri Devi, Hariom’s sister, sits on a cot, feeding her father roti and dal with her hands. She slowly informed The Wire that her father is “mentally ill”. 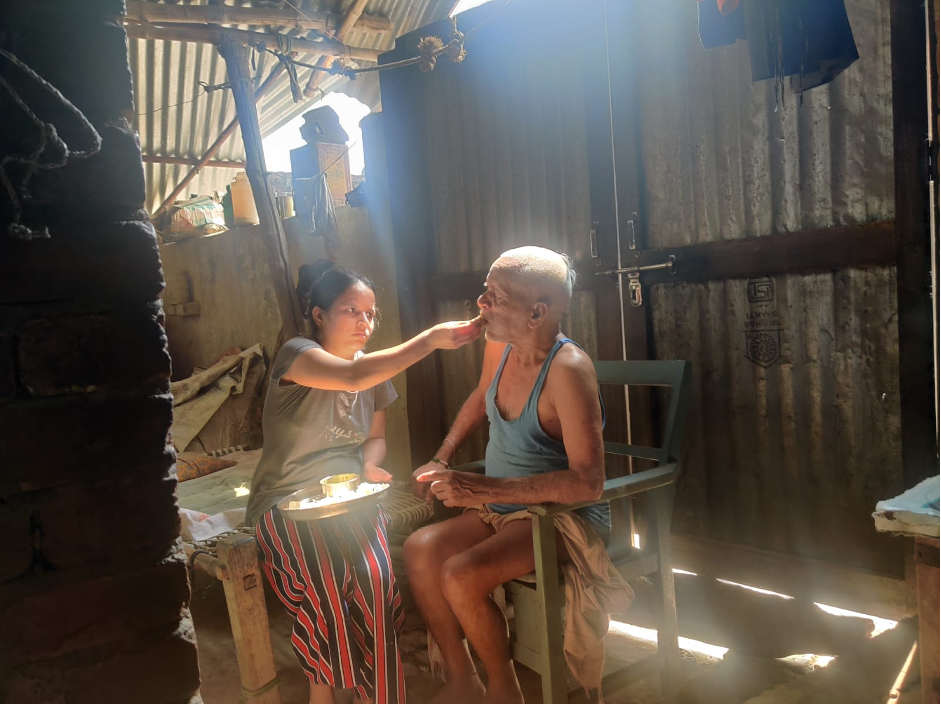 “My father does not know that bhaiya is no more. He is mentally unstable, and physically he cannot even move without our assistance. He is bedridden and requires full-time care,” she said.

Hariom Mishra was sent as a driver to the wrestling match or dangal on October 3, which was taking place a few kilometres away from the spot of the violence.

According to his younger brother Sriram’s statement in the local police station Kotwali Tikunia, Hariom was going to receive the chief guest, deputy chief minister Maurya, to take him to Banveerpur where the dangal was organised along with two BJP party workers, Shubham Mishra and Shyam Sundar. 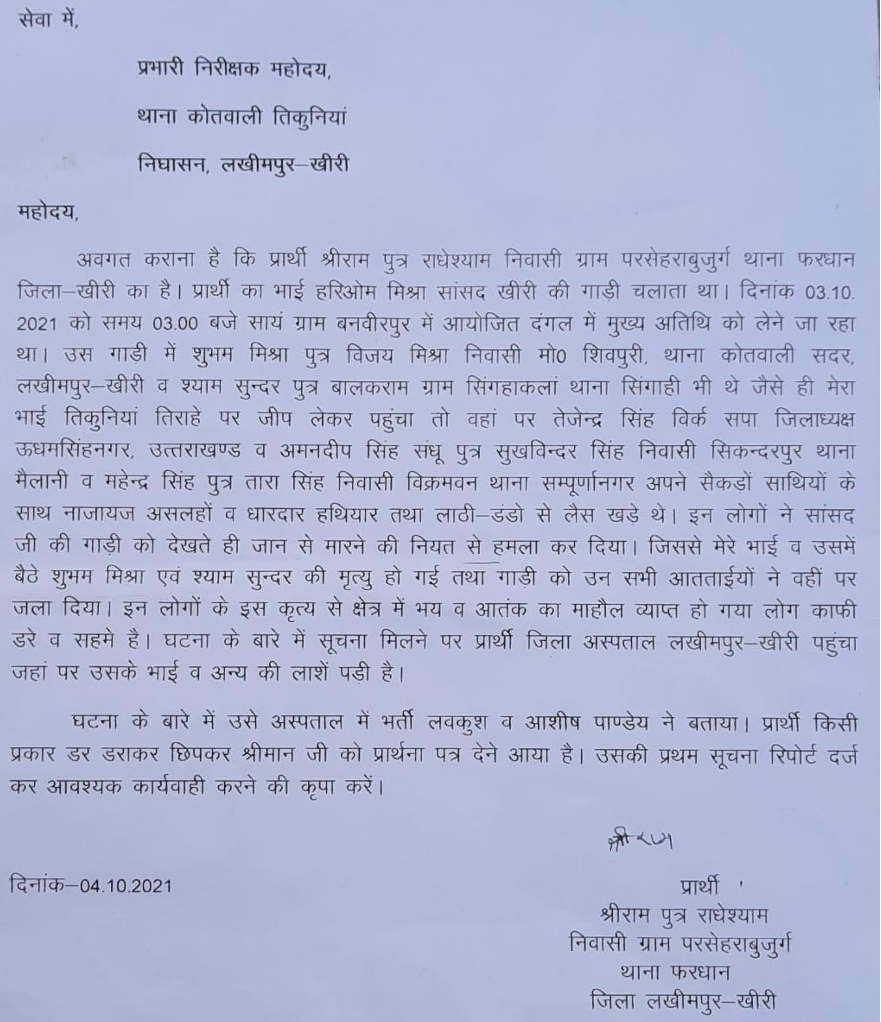 Sriram looks after their father, as he requires full-time care due to his medical condition, and was at home when the incident occurred.

After the family saw that violence had erupted at the site on the television in their uncle’s house, they had been frantically trying to contact Hariom, but his phone was switched off.

His sisters said that they only got to know about their brother’s death much later, on television, when his name flashed among those who had been killed during the violent incident.

His mother, Nisha Devi, said that he could never return from this match, as he had promised. “He had said that he would take his father to a good doctor in Lucknow once he returned from the dangal. He had been saving for it,” she said.

She sat on a charpai in the dingy courtyard of the small house with unplastered brick walls. Next to her was a trunk with a pillow and some bedsheets. She told The Wire, “He used to sleep on this trunk, right next to me.” 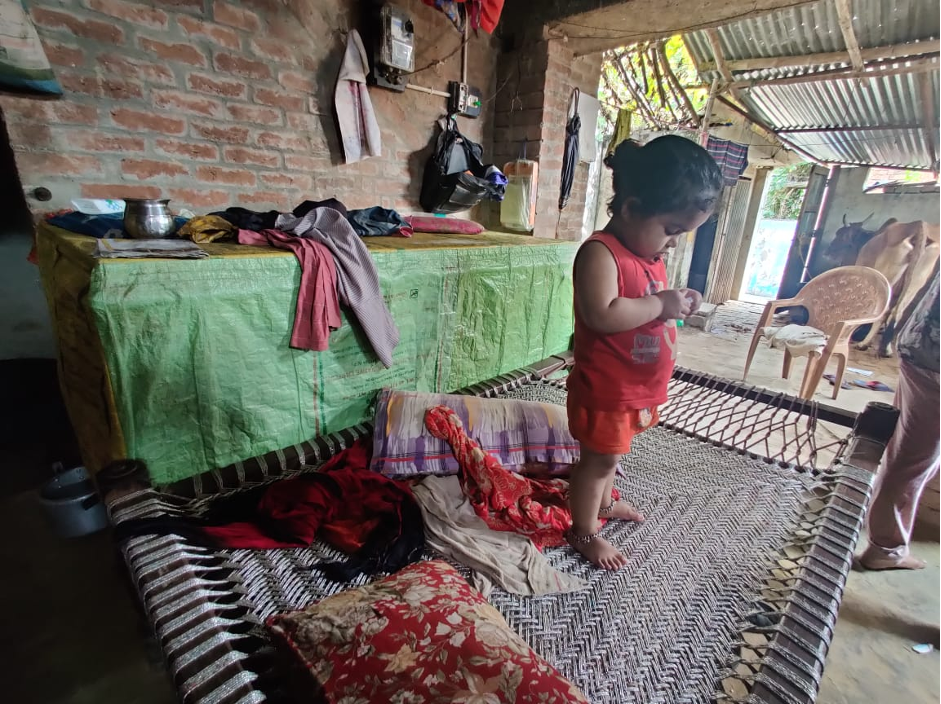 There is a trunk next to the charpai. Photo: Ismat Ara/The Wire

A cow was tied near the entrance of the house, and that is probably the only “asset” that this family has. The family’s poverty is evident from the cluttered courtyard with a few cots, plastic chairs and an earthen stove kept on the side.

According to his family, Hariom lived in Banveerpur, at Ajay Mishra’s house, and came back home once a week with the required medicines for his father. 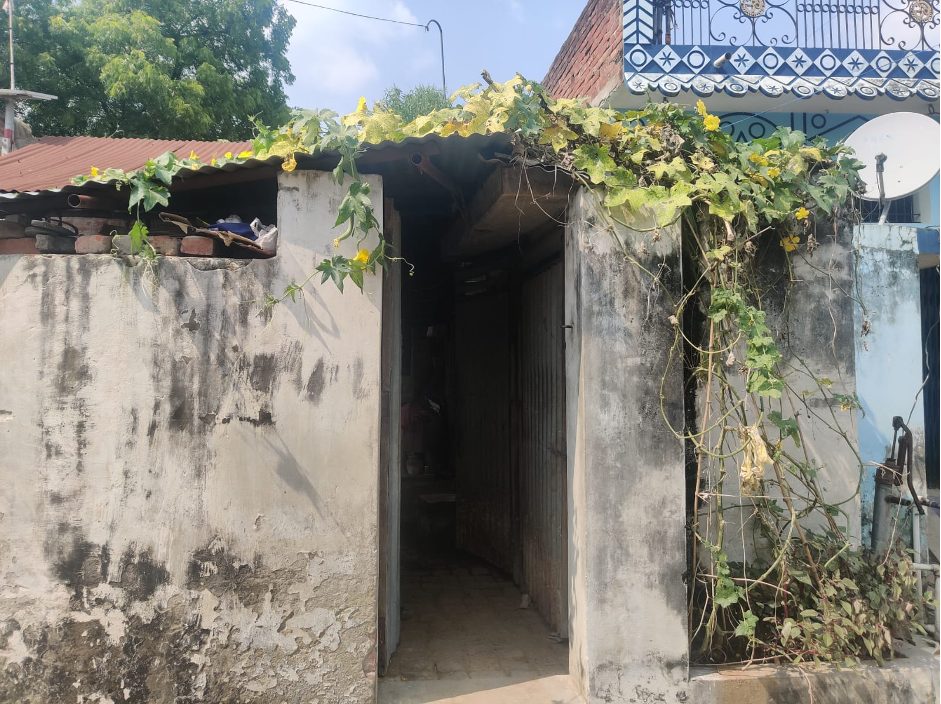 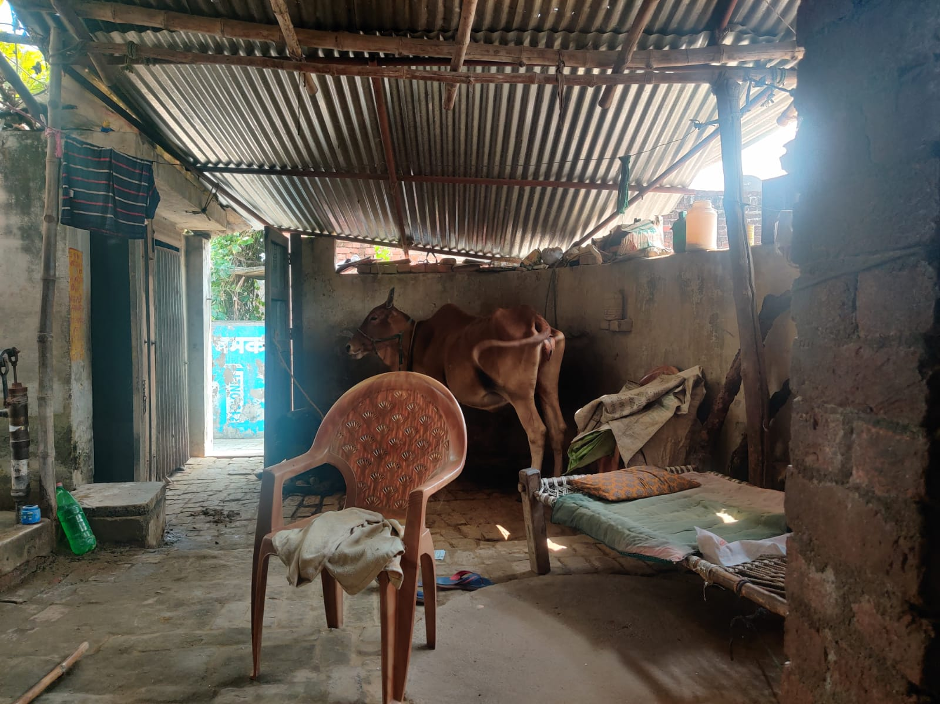 A cow and calf at the entrance of the house. Photo: Ismat Ara/The Wire

Hariom was the only breadwinner in his family, which lives in a village named Parsehra Bujurg in Lakhimpur Kheri’s Fardhan, roughly 100 km from the spot of the violence.

Hariom was taking care of his bedridden father and his ailing mother, making planning for his 23-year-old Maheswari’s wedding, and trying to educate his younger brother Sriram, his family said. Maheshwari is the only one among the five siblings to have completed an undergraduate degree.

Compared to the houses of other victims that The Wire visited, there are no police personnel stationed outside this house, nor any media vehicles. 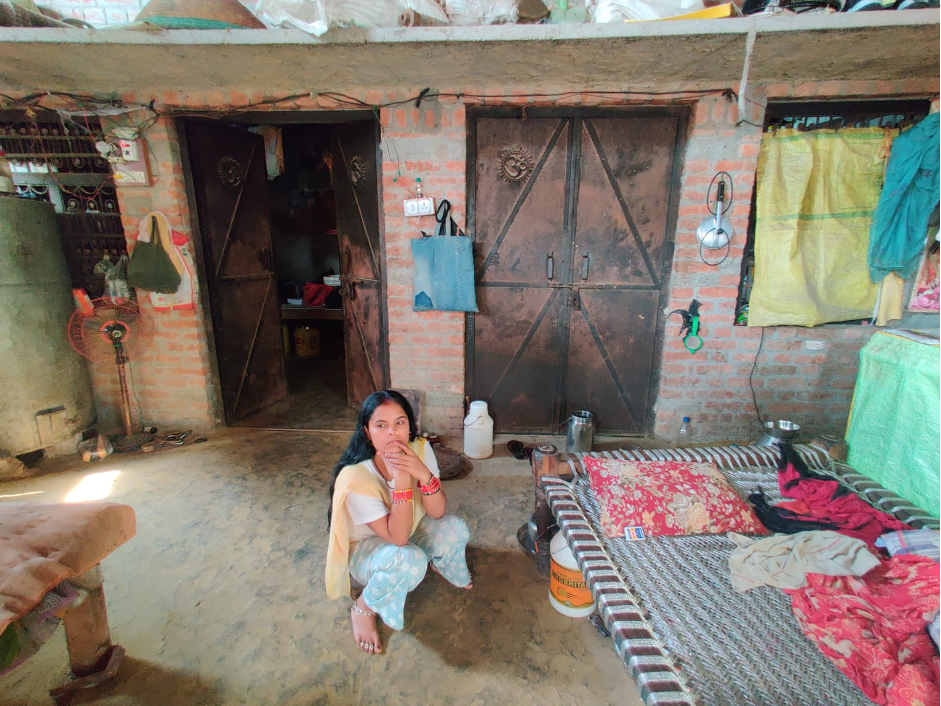 Having been Union MoS Ajay Mishra’s driver for many years, Hariom was trusted by the family. Because of this, ever since Ajay was given a position in the home ministry and had to shift to Delhi, Hariom had been assigned by Ajay as his family driver.

With the meagre income of Rs 12,000 per month that he received from the minister’s family, Hariom barely managed to feed his family, besides meeting the expenses of his bedridden father’s medical treatment. His father has been sick for the past decade, and his medicine costs sometimes amount to as much as Rs 10,000 per month.

Rs 12,000 is hardly enough to run a household. Despite this, he managed to save enough for his two sisters’ marriages – Sarojini Devi in 2017 and Madhuri Devi in May this year.

Hariom had taken a loan of Rs 3 lakh on his Kisan Credit Card (KCC) using the three acres of land owned by his father, and also around Rs 2-3 lakh from relatives, his mother said.

Their third sister, Mahesuri Devi, is yet to be married. Hariom’s mother said that he was saving for her marriage, and would not even have considered thinking about his own marriage till the time all his sisters were married.

“He used to think he could take care of everybody, and because of all these responsibilities, he himself did not get married,” Mahesuri told The Wire. Hariom had discontinued his studies after class 10 to take care of his father and pay his medical bills a decade ago, when he had first fallen ill.

A day after he was “lynched” in Tikunia, Hariom’s cremation was performed on October 4 in his village, in the presence of his family and few neighbours.

Hariom’s boss, MoS Ajay Mishra, promised to visit the family the next day, but never showed up. However, the family said that he has assured them of taking care of his sister’s marriage by providing them with Rs 1 lakh, when required.

His uncle, Chandrabhal Mishra, an active BJP worker, told The Wire that the local BJP MLA Yogesh Verma had come to meet the family.

Chandrabhal said that if the farmers’ movement continues, more violence may occur. There has been anger simmering against the farmers since Republic Day, and if the farmers had been “managed” on that day itself, none of this would have happened, he said. 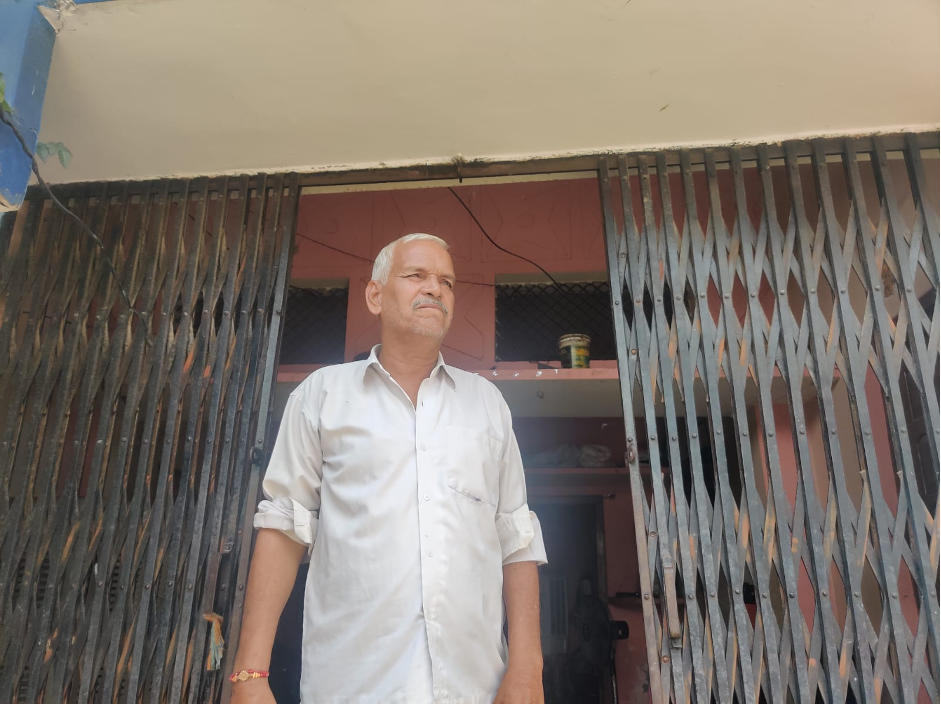 But his mother insists that Hariom should not be called a “BJP worker”, as he was only doing a job. His sister, while speaking to The Wire said, “He didn’t care about politics but money, because that is what pays for food and medicine.”

His 68-year-old mother, Nisha Devi, said that she has no one to share her grief of losing a son with, as her husband is mentally unfit. “Only someone who has lost a child can understand that pain,” she said.