Eye on Council Elections, BJP in Ladakh Moves Resolution to Protect Jobs and Land for Locals

Sensing anxiety on the ground about an influx of 'outsiders', the saffron party wants the very protections the Centre struck down when J&K's special status was revoked to be restored. 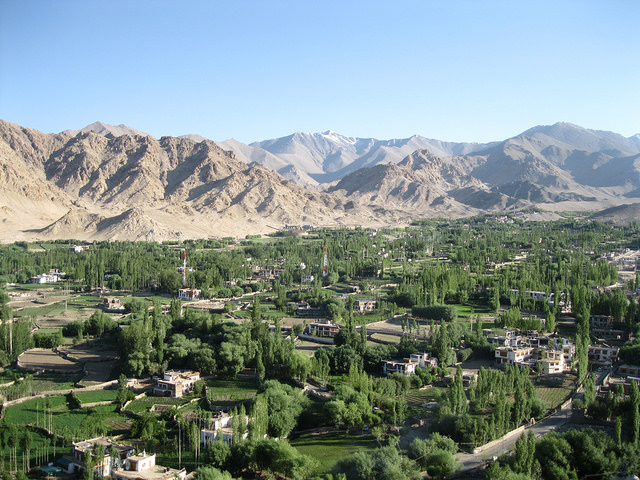 Srinagar: When the Centre read down J&K’s special position last year, Leh, the farthest Eastward corner of the erstwhile state had erupted in celebrations the striking down of the provision that reserved land and jobs for locals and Ladakh’s downgrading as a Union Territory.

A year on, the joy has faded into hopelessness and people are now apprehensive of “outsiders” who will apply for jobs and buy land which until August 2019 was prohibited under Article 370.

With the government of India remaining non-committal to assure some kind of safeguards on the subjects, locals are now feeling “betrayed” by the Centre. The ground is swelling with anger.

Feeling the heat, the BJP, which had described Article 370 as a hurdle in the complete integration of J&K with the Union of India, in a surprising move on September 3, moved a resolution in the Ladakh Autonomous Hill Development Council (LAHDC), Leh seeking protection of jobs, land rights, businesses, environment and cultural resources for locals.

The LAHDC is an elected body that manages the local governance in Leh, one of the two districts of Ladakh, the other being Kargil. “People want protection to jobs and land. There is anger among people,” said BJP councilor Sayeda Ladakhi. “But our party is committed to protecting the rights of Ladakhis.”

“Ladakh should be for Ladakhis,” the councillor said, indicating the significance of the resolution. 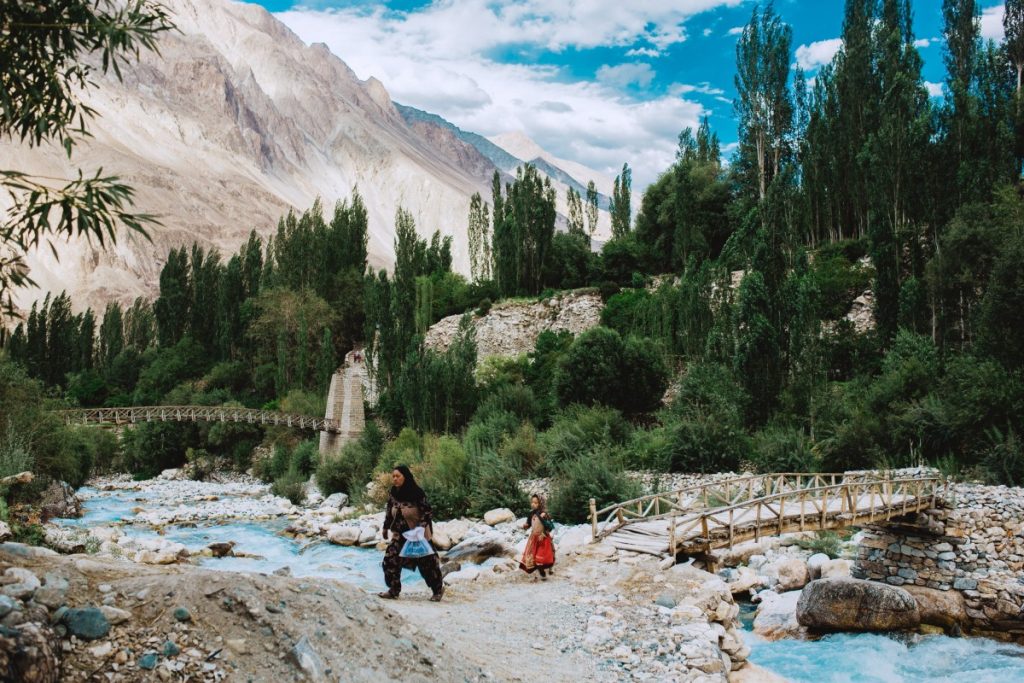 The one-page resolution was moved by senior BJP councillor and deputy chairman of LAHDC, Tsering Samdup. “Keeping in view aspirations of the people of Ladakh, I would like to move the resolution that the Union Territory of Ladakh be granted constitutional safeguards for land, environment, employment, business, and cultural resources either under the sixth schedule or Article 371 or domicile Act, under the Constitution of India, to protect the tribal rights of indigenous people of Ladakh,” reads the resolution.

It goes on to add that owing to the distinct social-cultural aspect of Ladakh, its strategic location, and fragile eco-system, people cutting across all sections of society have been demanding these constitutional safeguards.

The resolution, which was seconded by three other BJP councillors, also asked the Centre, which now has direct control over the Ladakh Union Territory, that the LAHDC Act should be amended to by giving it complete control over the subjects including ownership of transfer of land, employment, natural resources, environment, and culture of indigenous people of Ladakh.

Also Read: A Year After 370 Was Revoked, Ladakh Is Starting to Feel the Sting

A senior BJP leader, however, said there was “a lot of pressure” from people, and that the political parties were also “exploiting” the issue. He said there was a perception among the people of Ladakh that the UT status has made them vulnerable to “aggression from outside.”

Over the past few months, the region has witnessed a number of protests by people cutting across the political, ethnic, and religious divide, demanding the constitutional safeguards for Ladakh which remains cut off from the rest of the world for six months of winter.

The powerful Ladakh Buddhist Association, Leh Students’ Union and political parties including the Congress have time and again raked up the issue. “After the UT status, there will be an influx of outsiders from across the country, which puts jobs and business for locals at risk. This is why we want some constitutional safeguards,” said a member of the Buddhist Association.

A source said the Association, whose support in local elections is always decisive, has made it clear to the ruling BJP that it would not compromise on the constitutional safeguards.

Another challenge for the BJP is that the majority opinion of Leh has been supporting the extension of the sixth schedule of the Indian constitution to protect the indigenous rights of tribal people of Ladakh, on the pattern of tribal areas of Assam, Meghalaya, Tripura and Mizoram.

Leading this front is the Congress, which rejected the BJP resolution and staged a walkout from the Council. “People of Ladakh have already made it clear that they want tribal status under the sixth schedule. We reject every other option including Article 71 and domicile law. Our fight is for tribal status and we won’t accept anything else,” said Congress councillor Tsering Namgyal.

The Students’ Union, and another religious organisation, Anjuman-Moin-ul Islam, too have supported the sixth schedule demand, fearing Ladakh’s distinct culture will cease to exist in the absence of constitutional safeguards.

Eye on the council elections

Senior politician Chering Dorjay Lakrook, who resigned as the BJP president of Ladakh and left the party in May this year, said the saffron party has “primarily” moved the resolution with an eye on the elections to the LAHDC, Leh which are scheduled next month.

“If the party was sincere, they would have demanded the implementation of the sixth schedule. Why give options to the government of India?” asked Lakrook. “They can’t befool people anymore. Their betrayal of the people of Ladakh will cost them dearly in the elections.”

In the 30-member LAHDC, the BJP has 20 members while the Congress has six. The other four members are nominated and have no voting rights. The council came into existence in August 1995 during the governor’s rule, with the enactment of the Ladakh Autonomous Hill Development Council Act.

Both the autonomous councils enjoyed considerable power in the matters of governance in the erstwhile state. Following the dilution of Article 370 and Ladakh becoming a UT, people were expecting devolution of more power. The councils have in turn been rendered “powerless.”

“The councils have been deprived of all powers under the new regime and it is the bureaucrats and Lieutenant Governor’s office calling the shots,” said young politician Sajad Hussain, who contested the 2019 last Lok Sabha elections from Ladakh.

According to Hussain, the councils enjoyed financial powers and played a key role in the decision making as far as local jobs and land ownership was concerned. “But everything has been snatched from them after August 5 last year. Their role is now limited to distribution of essentials during road blockades,” he said.

This “disempowerment” of the once-powerful and autonomous bodies could explain the BJP seeking more powers to LAHDCs. “They (BJP) are responsible for the present status of the councils, which have now become tools in the hands of bureaucrats,” said Hussain.

Soon after the BJP moved the resolution, the National Conference rejected it, reiterating that Kargil wants restoration of its pre-August 4, 2019 constitutional arrangements.

“We have already made it clear that Kargil wants to be part of Kashmir. We reject any other proposal,” said senior NC leader Qamar Ali Akhoon. The party governs the LAHDC, Kargil.

In June this year, in a virtual meeting with National Conference’s vice president Omar Abdullah, the entire Kargil unit of the party backed the demand that Article 370 should be restored. They also wanted the division of the erstwhile state to be overturned. Though being a separate UT, the party’s Kargil unit still operates under the leadership of the Jammu and Kashmir unit.

Hussain, who resides in Kargil, said the BJP resolution was “misleading” as the party tried to project “its own demand” as that of the entire Ladakh region, including Leh and Kargil. He said Kargil has its own council, which along with political and religious organisation has consistently been demanding the reversal of all decisions taken on August 5.

“It is because of these people (BJP) we are today at the verge of losing our identity. Isn’t it ironical that the party which is ruling at the Centre and has complete control over decision making is asking for safeguarding rights of people of Ladakh after snatching them last year,” said Hussain.