Kiran Bedi Links Distribution of Free Rice to Sanitation, Then Backs Off

No rice for villages till MLA, commune commissioner certify them to be clean, said original order by the Puducherry L-G. 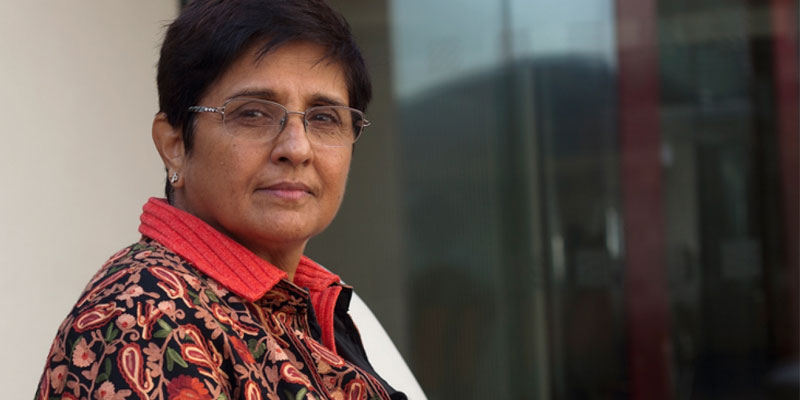 New Delhi: Puducherry lieutenant-governor Kiran Bedi’s snap decision to stop the distribution of free rice to the poor in villages that have not become open defecation-free and continue to have garbage and plastic strewn around may have been an attempt to incentivise hygienic practices. But it did not go down well with food rights activists who termed the move “wrong, illegal and inhumane”, saying it would only punish and deprive the marginalised sections further.

By Saturday night, the former police officer-turned-BJP politician was forced to change course and withdraw her order – widely attacked as arbitrary and anti-poor.

In a statement, Bedi said the intention of her direction was “not to deny any poor persons their entitlement”. She claimed that she had “already sanctioned and directed to provide quality food grains to needy families” and that the department was in the process of procurement and distribution.

While not being able to explain the rationale behind further depriving the marginalised, she said: “The communication under comment is an expression of my serious intent and concern about addressing the root causes of health hazards in rural areas and to compel performance of community and administrative leadership.”

She went on to add that to avoid misreading of this intention and in view of the forthcoming commitment made by the Union Territory government that villages in Puducherry will achieve open defecation free (ODF) status by June end, she was “happy to give them some more time”.

“Therefore,” she said “I am withholding my earlier communications.”

Original order affected ‘half the population’

Bedi announced her decision to link the supply of free rice to a village’s ODF status despite knowing her order might affect half the population in the rural areas of Puducherry. She tweeted that she was linking free rice distribution in villages to certification from the respective legislators and Commune Commissioners who would have to convince the the Civil Suppliers Commissioner that the village is clean.

On the reason behind the move, Bedi said was that she was “very anguished at the slow pace of rural sanitation.” She added that in the last two years, she has not seen enough determination in local representatives and concerned public officials to make rural Puducherry clean within a specified time frame.

Noting that despite the numerous meetings conducted by her, the transformation is not “in proportion to the effort and energy” that has gone in.

“In all our rural visits, we have seen community leaders putting forth various demands on behalf of the people, but I have never seen any of them impatient at cleaning up the village in their constituency,” Bedi said adding that unhygienic conditions were also a “cause of several diseases” in villages since they lead to contamination of water

Distribution of rice made conditional on certification from MLA, commune commissioner

In view of this attitude, she said, she has directed that “distribution of free rice to the villagers shall be conditional to the certification of the village being open defecation free and free of strewn garbage and plastics”. The certificate, she said, would be submitted jointly by the MLA and the commune commissioner to the civil supplies commissioner.

“Till then the free rice supplies will be kept on hold and in safe storage. It shall be distributed to the beneficiaries on the village being certified clean,” the Lieutenant-Governor (L-G) said, adding that the certification would be cross checked to ensure its veracity.

Bedi, who has been often accused by the ruling Congress government in the union territory of trying to usurp the powers of the elected regime, also noted that the constituencies are being given “four weeks notice to clean up their respective areas to be entitled for the free rice.” The notice period will end on May 31.

This way, she hoped that the community leaders and concerned public servants would be able to “take the lead in this transformation”.

Bedi also urged the National Bank for Agricultural and Rural Development (NABARD) to support only those non government organisations from now on who have “inbuilt waste management as integral part of its training programs”.

He said “to punish the people who are marginalised, because they are the ones who do not have toilets– all the affluent have them– is a complete class bias. This will punish them even further. It shows very poor understanding of the administration and the values it should be pursuing. It is also wrong, illegal and inhumane.”

On the issue of open defecation and people not having toilets at home, Dey said: “As for the toilets, the way in which the toilets are being thrust on people amounts to complete human rights violation. People are being unnecessarily made responsible for constructing them. Nobody in the world would not like a toilet at home which can be flushed easily. But many do not have land, resources, adequate funds to build a toilet in just Rs 12,000.”

Also, he said, there is not enough water in many places like Rajasthan to operate these toilet systems. “So it is not that people do not want cleanliness, it is the first notion she needs to get rid off.”

Responsibility of the state to provide infrastructure

Dey said the state also has a very big responsibility to work out the support infrastructure which is needed and then it also needs to provide necessary civic education to the people on a whole. “You can’t starve people because their village is not clean as per your standards or for one reason or the other. This requires a collective social approach in which infrastructure and education play a big role.”

Even in Puducherry, he said, there are many villages where Bedi would do well to first ensure that water reaches in adequate quantity. There are also schools in which either there are no toilets or they do not function. So these issues need to be addressed first.

As for the directions to the NABARD on NGOs, he said, he failed to understand how making NGOs accountable would make a difference. “It again shows a very hamhanded approach.”

“For someone to say that you will not get your rightful share of free rice till you clean up your village, what sort of a style of governance is this in the first place? You are making entitlements and rights of people dependent on their behaviour. Tomorrow they will say unless you will vote for a certain party, we will not give you your entitlements. This is totally wrong,” she said.

Bharadwaj said if they want, they could have provided incentives or started awareness exercises to increase awareness about sanitation. “But you can’t just go and say that the free food grain you get will be linked to how the village performs.”

‘Illegal exercise if these are NFSA foodgrains’

Stating that she had never heard of such punitive action before, Bharadwaj said what also needs to be looked at is what kind of rice was being provided free of cost to the villagers. Under the National Food Security Act, all states and union territories get certain amount of food grains as per the eligibility criteria – which is normally 5 kg or grain per person, capped at 35 kg of grain per family. On top of that, she said, the states and union territories sometimes add their own component of subsidy. So for example if rice is being provided at Rs 2 per kg by the Centre the states may subsidise it further.

But, she said, if the free rice was part of the food grain being provided by the Centre under the NFSA, then Bedi’s decision to stop its supply by making it condition was a “violation of the law”. “The L-G just cannot stop the supply of grain like this because the distribution is done as per rules. She has no right to take such an arbitrary decision. It is an exercise in absolute arbitrariness. And if these were NFSA foodgrains, then it is also an illegal exercise.”