The Story of a Rose Plant: Khalid Saifi's Letter from Prison

'I send you all my salaams, my greetings, and ask that you keep me in your prayers.' 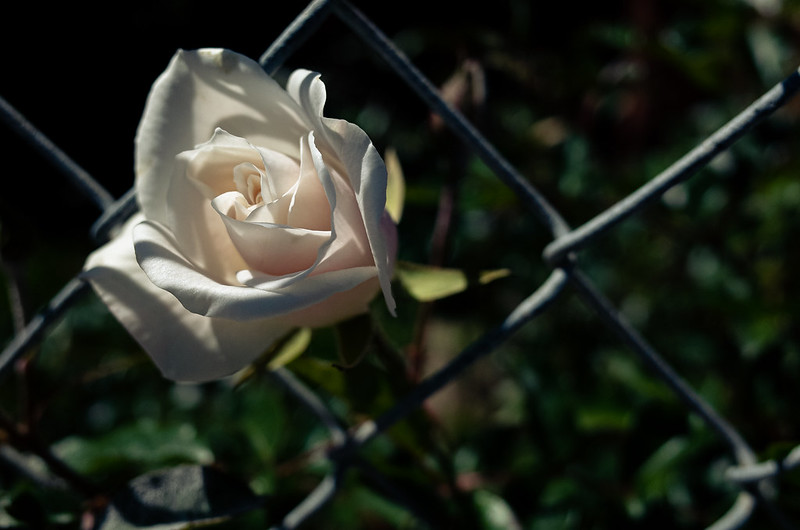 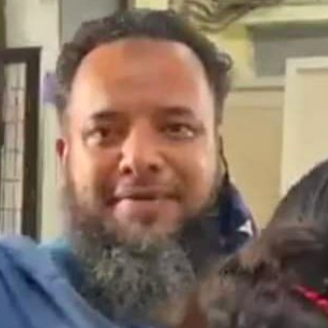 Khalid Saifi, an activist and one of the founders of the group, United Against Hate, was arrested by Delhi police in February, 2020.

Saifi, along with other activists, had attempted to broker peace between communities during the protests against the Citizenship Amendment Act, and before the northeast Delhi riots. During the violence, he had been active in arranging for medical care to reach those in need of it.

He had reportedly been brutally beaten up while in custody, with photographs and videos circulating on social media since his arrest showing him in bandages. Of the three cases against him, Saifi has been given bail in two. He continues to be in jail over the Unlawful Activities (Prevention) Act charge against him.

The following is a letter he wrote from prison.

Salaam to my wife Nargis, to my children and to my friends.

We used to offer prayers three times a day in the masjid of the ward, the namaz of Zohr, Asr and Maghrib. When I reached the Masjid everyone asked me to lead the prayers. The inmate who had been acting as the Imam had just been released on bail. So I filled in for him and started leading the namaz.

Some prison officials and friends had planted a few saplings around the perimeter of the mosque. And just near the spot where the imam would lead the prayer, there was a bush of white roses. When I arrived, there were a few white rose buds that had not yet blossomed.

They flowered, soon enough, and in a few days’ time, the bush was full of white roses.

The flowers would change colour over time.

The bush became full of white roses in just a couple of days, turning into a really entrancing vision.

Often, after namaz, I would spend some time looking at this amazing creation of god. Every time I looked at them, they would spark memories. One flower would remind me of my mother, and others would bring to mind my family – my wife and children.

There was a particular bunch of four roses on a branch. In that bunch I could see Nargis (my wife) along with Yasa, Taha and Mariyam (my children).

The roses would retain their full glory and beauty for three or four days and then gradually fade and wither. Their petals would lose colour and fall.

I would grow sad with the withering of the flowers. The day that bunch of four flowers withered was a day that brought tears to my eyes. It was as if those flowers were bearing witness to my story.

First, we were all together as a family, and there was such joy and cheer. And then suddenly, a sadness took hold of us and everything became barren.

I thought for a long time about how my life – which had been so full of happiness and laughter – had withered.

I smiled when I saw this, I looked up at the sky and thought about how wonderful the works of my creator are – that he has fashioned a rose that can send out a message of love and beauty even amidst thorns; such that even as it’s life dissolves into non-existence, it can offer a sense of endearing beauty to everything that is around it.

I told myself, “Khalid, life should be lived like these flowers – while maintaining the integrity of one’s existence despite all trials and tribulations, while smiling, while giving solace to others, while knowing that even in sadness and in difficult times you are not alone and that there are others who care and pray for you. Ask only that when life ends, you can be of use to others as you attain your release and liberation.”

For two or three days I was engrossed in thoughts like this – alternating between despair and a calm positivity.

Also read: Release Khalid Saifi, Even if Only to Ease the Burden on Indian Prisons

And then, after some days, I saw that there were new rosebuds blossoming on the bush. I felt immense joy on seeing them.

It felt as if I had cause for quite a lot of joy. It reminded me immediately of the verse in the Quran that says:

(‘inna ma’al usri yusra’ or, ‘with every discomfort, there is ease’, Surah Inshirah, Chapter 94, Verse 6)

Indeed, with every discomfort, there is solace and ease.

This duration of 12 months has helped me understand life’s most essential philosophy. Whenever my heart is saddened or tends towards despair, I turn to look at that rose bush, which has now become my good friend. I sit next to its flowers and imbibe its silent teaching, for it has become my teacher.

I don’t have permission to write too long a letter. So I will stop here. There are other things I want to write about, and I will, Inshallah, god willing, in the days to come.

I send you all my salaams, my greetings, and ask that you keep me in your prayers.

Yasa, Taha and Mariyam, your father remembers you a lot, and sends you lots of love.

Translated from the Hindi original by Shuddhabrata Sengupta.