Being Struck By a Thought Is Not an Act of Violence

The RSS and organisations like the VHP and others have enjoyed a free, open life all these decades under governments that did not agree with their ideas. 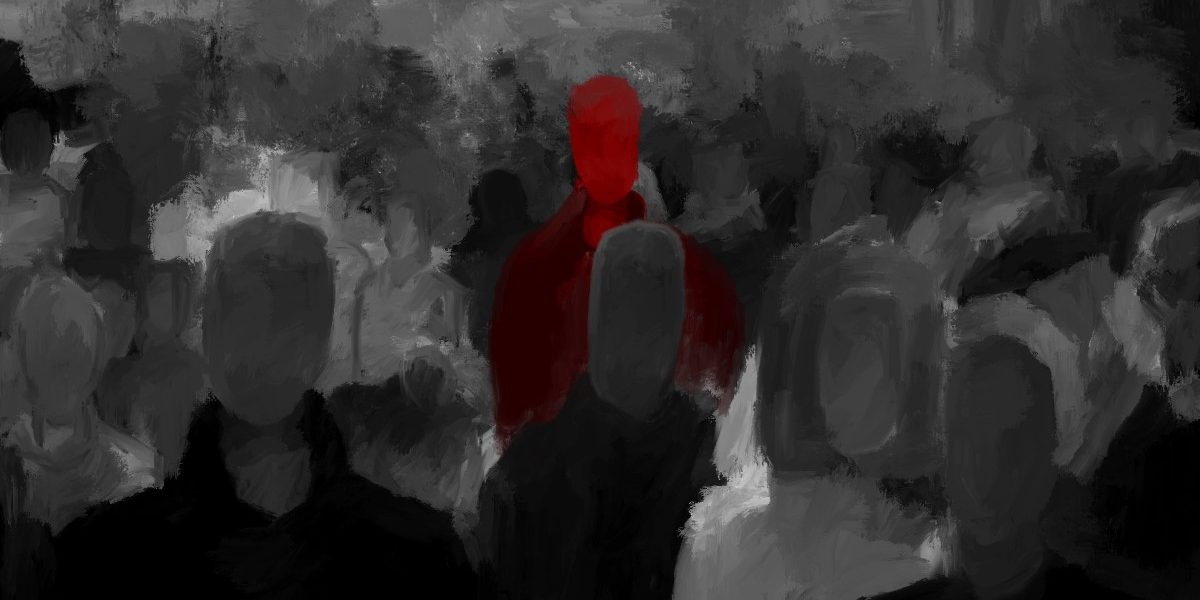 “A provocative thought ipso facto does not prove preparation for a crime.”

Special Judge Anil K. Bhaskar of the National Investigation Agency court in Kochi made this observation while granting bail to Allan Shuhaib and Thawaha Fasal, who were arrested last year for their “Maoist links”. Shuhaib is all of 20 and Fasal only 24. Ironically, the two were members of the ruling Communist Party of India (Marxist).

It is worthwhile to read the effective part of the judge’s order:

“It appears to me that even though the prosecution was able to establish the first postulate of section 38 and 39 of UAPA, that the accused had associated with and supported the Maoist organisation, it is doubtful whether the prosecution has made out a prima facie case regarding the second postulate that the affiliation and support rendered by the accused to the banned organisation were done with the intent to encourage, further, promote or facilitate the commission of terrorist activities. In other words, the petitioners were able to bring out a rational and reasonable doubt on the question of prima facie case.”

What was the body of evidence that the prosecutors placed on record before the court? A few scribbles in the diary of one of the arrested young men. Also, it was claimed that these two had literature that was also found on the bodies of some slain Maoists. The judge reminded the prosecutors that merely possessing an idea does not make for a crime.

It was interesting that the CPI(M)-led government had thought it fit to invoke the dreaded Unlawful Activities (Prevention) Act to punish these ‘deviants’. They were arrested by the police for distributing Maoist brochures to protest the killing of Maoists in Palakkad.

This piece of news took me back to the year 1979. I was in the first year of my intermediate class in the DAV College of Siwan. The memory of the Belcchi massacre was fresh. The fury of the legendary Hindi poet Nagarjuna burst out in a long poem titled ‘Hairijan Gatha’. The Bihar Progressive Writers’ Association had published it in the form of a pamphlet. Hrishikesh Sulabh, then a young fiction writer and actor, who later gained fame as a playwright as well, sent me a copy of the poem-pamphlet. I was experimenting with literature and politics as well. I had just left the student front of the CPI(ML)’s S.N. Singh faction.  I was part of a small group of ‘radicals’ dreaming of politically intervening in society to change it completely.

We wanted ‘Harijan Gatha’ to be read by the common people. But we did not have a platform. So, it was decided that we will constitute ourselves into a study circle. Since I had come out of an ultra-Left Communist Party, it was only natural for us to move further Left. So, it was decided that the new forum would be called ‘Marxist Leninist Stalinist Maoist Adhyayan Kendra’. Not only in action, but in our name too, we wanted to make sure that we were the purest, purer than even the ‘revisionists’ we had just recently rejected.

A thousand copies of the pamphlet were printed. We memorised it and started reciting it at the bus stand, the railway platform, and other spots where we expected people to gather. Priced at 25 paise, the poem sold well. The local police did get interested in this unusual group. We imagined that we were being followed but nothing exciting happened. We had even pasted posters hailing Naxalbari on our college walls. It was taken off the next morning. We wanted people to know who had performed this revolutionary action. But we were not obliged by the college administration who didn’t take this ‘outrageous’ act seriously.

Later, under the aegis of our forum, we organised the first union of newspaper hawkers in Siwan and its first strike. It was here that Chandrashekhar, who later on became the Jawaharlal Nehru University students’ union president and was murdered subsequently in Siwan by the goons of the mafia don Shahabuddin, was initiated into politics.

The MLSMAK disintegrated after we passed out of intermediate and moved in different directions, to different towns and cities. Could it have happened in 2020? Would the state have allowed a young person, not yet 18, to pursue this political fantasy? Or, would the young man live in the fear of being summoned by the top investigative agency to probe his role as part of the conspiracy to demolish the state and get arrested under UAPA? It is not that similar laws were not there in the past too.

Years later, in early 1990s, Shailendra, a leader of the Communist Party of India, called a press meet at Palamu to condemn the killing of a ‘Maoist’ in an ‘encounter’. After his initial remarks, the local press people countered him by asking “But was not he a Maoist?” “So what,” Shailendra shot back. A Maoist cannot be killed for being a Maoist.

Remember, Shailendra belonged to the most ‘revisionist’ communist party, a party the dead revolutionary definitely reviled, but he was there to defend the right of a Maoist to live. And live his life fully. That is to allow him to have his ideas and ideology and express it too. What was acceptable to the scribes – summary execution of a Maoist – was outrageous to Shailendra.

Ironically, just when an NIA court was releasing  Shuhaib and Fasal in Kochi, as it did not think that being a Maoist made anyone dangerous, in Maharashtra three people from the Kabir Kala Manch were being sent to jail for being “Maoists”.

Also read: Why the Hindu Right, Not Usually a Champion of Free Speech, Is Supporting Charlie Hebdo

The Maoists, given a chance, would overturn this state. They have their own concept of an ideal state. It does not match the idea of the nation state as postulated in the Constitution of India. If a majority of Indians are persuaded by their ideas, India would change. But are Maoists the only political formation with an imagination of India which radically differs from what has been propounded by the Constitution? Don’t we come across the idea of India being a Hindu rashtra all around us today? Is it not a radical idea? This idea is practised, rehearsed daily in different fora, in many educational institutions and through open exhortations. Clearly it can be called an insurrectionary idea against the current form of the Indian state. Should all those who believe in a ‘Hindu rashtra’ it be charged under UAPA and jailed?

However obnoxious I may find this ideology, I’ll have to speak out against a government which incarcerates people who have all this in their head and discuss it privately or openly without indulging in violent crimes. This is what Jawaharlal Nehru had in his mind when R.K. Karanajia, the editor of Blitz, asked him why he did not outlaw the RSS. Nehru responded by saying that ideas could not be banned. They needed to fought with better ideas.

The RSS and organisations like the Vishwa Hindu Parishad and others have enjoyed a free, open life all these decades under governments that did not agree with their ideas. People espousing their cause have occupied the highest offices in this country, all on the basis of a Constitution they would prefer to see discarded.

Maoists have failed despite their long struggle, in different incarnations, to persuade the people to agree with them. This is not the place to discuss the cause for the erosion of their space in society. But then there are Maoists and Maoists. A colleague asked me if she started a campaign to encourage academics to go to the villages, would she be condemned as a Maoist? What are the strands which when woven together make a Maoist fabric?

1979 was still not far from 1967. The slogan ‘Chairman Mao is our Chairman’ had faded from the walls. But the state was not so scared of this idea. It was confident that it could hold out against this ideology.

A prime minister like Indira Gandhi was not so insecure. I recall our audacity as student activists when we breached the security cordons and flew black flags tied with balloons to protest against her policies. We were roughed up by the police. But the state did not say that we were part of a conspiracy to assassinate her. I shudder to think of the fate of those who would even think of opposing the current prime minister in his presence.

The Kochi court has reminded us that being a Maoist is not a crime in itself. So, Maoists have a place, a legitimate, lawful place, under this state. They should claim that place openly. Yes, Maoism can exist in cities and is not merely an extension of what is there in the jungles of Jharkhand or Chhattisgarh. Maoists should not drive their ideas underground.

Maoists have a right to live their full life as Maoists, not only as human right activists or supporters of the marginalised. They should assert that Maoism is an ideology, with a coherent vision and goals, and not just a wild conspiracy. It is upto the people of India to reject or accept them, and not for the government to make it impossible for it to be discussed.