The Existential Questions of an Exiled Kashmiri Pandit

A chronicle of dreams and disquieting questions, as the passage of time deprives a community of their stories and their hopes of return. 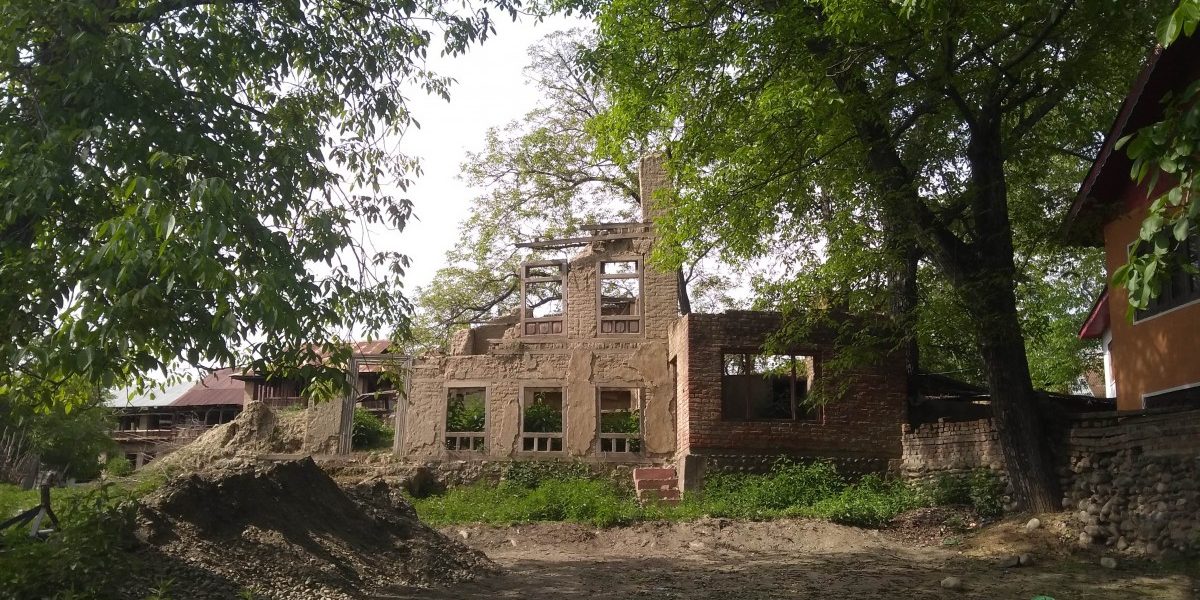 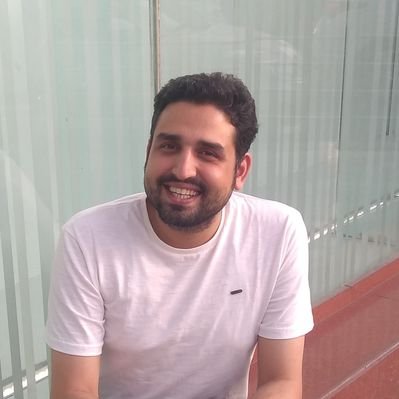 I am at a cremation ground in Jammu with father. His aunt (mother’s younger sister) has passed away amidst a wedding in our family. She was fondly called Byengash. After being severely ill for several months before, paralysed and unable to speak, she finally yielded to the illness.

The priest was chanting mantras and performing the customary rituals. Her three sons lit the pyre. Father was watching the pyre, moist-eyed, as Byengash’s body was burning. I put my arm around him and we watched the burning pyre together. The disquieting questions had already seeped in my mind.

After some minutes, I asked him. “Father, what will happen to us? Byengash is gone now. Our elders are dying gradually. What will happen to the memories and stories which they possess about our homeland, Kashmir, and the life there, and we don’t? We are rather dying a slow death. How will these memories and stories be preserved? Is it even possible to record all them?”

Father heard all the questions and was in deep thought. He didn’t answer. I knew answers to such questions are difficult.

I am working in Pune. I get a few calls from Jammu, where my parents live. Jammu has been our home away from home for the last three decades.

My mother, full of worry, says that father’s blood sugar levels are very skewed. The readings are a first in the last 15 years or so, ever since my father became diabetic. Father is feeling restless and unable to get any sleep. My aunt (father’s sister) tells me to visit immediately.

I have no idea what is to come. The folks have no inkling either. I hurry to Jammu via Mumbai, from where I could get a direct flight. I reach home. Father is on the veranda. I hug him tightly. He is very weak. He controls his tears.

Also read: Away From Home, A Kashmiri Pandit Is Reviving His Language

The next evening, I collect the CT scan report. Most of the sentences are in bold and underlined. The malignant cells have besieged his body. It is last-stage cancer. I Google the pancreas. After visiting hospitals in Delhi, we come back to Jammu.

Just before the beginning of treatment, my father asks me whether there is some malignancy. I tell him whatever it is, the doctor has assured us that it will be taken care of. Lying on the bed, he closes his eyes and I embrace him. We control our tears.

I knew in my heart that my father has very little time left. The doctors are talking in months; I crave to hear a year. The prognosis is adverse. I inform my mother and brother, partially, about the disease and the unfolding situation. An existential crisis – for my father as well as the family.

Father’s chemotherapy treatment is ongoing. His oncologist tells me that it is only a palliative measure as the cancer is in the last stage and not much can be done. He emphasises that medicine has its limitations. I learn new medical terms as the days progress.

Father is not speaking much ever since he was diagnosed. I try to lift his spirits by quoting Alfred Tennyson’s line – “To strive, to seek, to find, and not to yield” – like a ditty several times in a day.

Also read: Muslims and Pandits Work Together to Restore a Temple in Kashmir

On May 4 afternoon, father suddenly utters a line in Kashmiri, “Asiye bor viz viz loal hayatas!” It means that we have filled this world with lot of love and warmth. I don’t ask him anything. He doesn’t say anything further. I try to comprehend what he said and why. Perhaps he was remarking on what has transpired. The struggle for survival and existence continues.

My father is dying day by day. We can see it. One afternoon he tells us that he saw his uncle in his dream the night before. He is in Akura, our hometown in Kashmir’s Anantnag district, and his uncle offered him a basket of freshly plucked apples from the trees. Mother tells him that he must have been thinking of home. He doesn’t say anything. Separately, mother tells me that it is a bad omen to see such a dream involving a deceased person.

Another evening, he tells me that he has collected kohlrabi (monji haakh) in his pheran from our field in Akura, and instructs me to take them out. I tell him it is mid-summer in Jammu and he is not wearing any pheran. He goes back to his silence. I try to fathom what he said – he must be in his hometown in his thoughts.

Mother and other family members pray for his recovery. They have immense faith in their gods. My faith has been broken completely ever since father fell ill. I have stopped praying. I become antagonistic to God and godly rituals.

Nonetheless, I realise that science is bigger than faith. The death is near and certain. Father’s struggle with cancer ends on July 17. He was in a coma for a day and a half before his final departure. We try to make sense of what happened. The existential questions strike me again – life, death, identity, roots and home.

I feel the urgency to visit Kashmir. We had planned to visit Kashmir last year – a family visit to our ancestral home, and the temples and shrines there. It didn’t materialise due to Islamist violence in 2016 after the killing of a terrorist.

I haven’t been to my ancestral home ever since I had left, rather been carried along as an infant by my parents, in December 1989. The armed insurgency against the Indian state had just begun that time, and was was majorly supported by Kashmiri Muslims.

We came to the border town of Hiranagar in Jammu region’s Kathua district, where my father was posted. Other family members decided to stay back initially, with the hope that the situation would improve.

However, as all of Kashmir was emptying itself of Pandits, who were taking refuge beyond the Jawahar tunnel in the plains of Jammu, my family too unwillingly capitulated on April 14, 1990. The fundamentalist soldiers of Islam had taken it upon themselves to turn Kashmir into the land of ‘purity’, with no space for infidels. Thus began the existential crisis for the Pandits.

On October 14, I visit Srinagar for the first time. My mother and her mother are not shy in expressing their disapproval. They don’t trust the people in Kashmir anymore and worry about my safety. After roaming around the city and visiting temples and shrines (even though no prayers are offered), I plan a visit to Akura.

My hometown falls in South Kashmir, now a hotbed for militancy again. An evening prior to traveling day, violence erupts in Anantnag town. There were reports of the house of a local politician being burnt, and threat letters issued by a terror outfit.

My instincts don’t allow me to visit. I cancel my visit to my home in Akura. I return to Jammu with mixed feelings – content that I finally visited Kashmir but also sad that I couldn’t visit home.

I visit Kashmir again in order to connect with my homeland. I want to experience and absorb every bit of Kashmir within me. I am walking around the streets of Srinagar with no apprehensions or fear. Even though I have never lived in the city, I feel at home. The air is mesmerising. I am in awe of the place.

On April 20, I finally visit Akura. The journey wouldn’t have been possible without my friend, Susheel Pajnu, who came along with me.

I have made it to home. It is a surreal feeling. I try to locate the next-door neighbour who had visited us long ago, in the early 2000s. I remembered his name. He has shifted home, though his house is still within the locality. As soon as I tell him that I am the elder son of Dr Jai Kishan Sharma, he hugs me and invites me in for a cup of tea. He is happy to see me. He expresses his condolences over the demise of my father. I request him to show the way to my ancestral house. He insists on tea but seeing my eagerness, he agrees to be my guide.

The house has turned into rubble. It has been lost to the mayhem and madness of Kashmir’s freedom struggle – a testimony to betrayal by friends and neighbours. Life existed in this very house till 1990. Now, it has turned lifeless. I see walnut trees in our courtyard – two at the edges of our plot, through which our new neighbour has built a wall passing between them, and one on the opposite side. The guide-neighbour shows me the houses, or what is left of them, of our cousins and other Pandit families in the vicinity.

I meet several Kashmiri Muslims from the village sitting at a tailor’s shop nearby. They recognise me once my neighbour tells them about my family background. They are not too pleased to see me; I am not surprised.

The tailor informs me that my father had spent his childhood and grown up in this shop. One of the people tells me that he tried inquiring after our whereabouts in Jammu but couldn’t. He wanted to buy our house and the land. He couldn’t resist telling me that on my very first visit to home. I appreciate his sincerity.

Here I am, visiting my home for the first time and reconnecting with my land, while one of the neighbours, a fellow Kashmiri, sees this as an opportunity to buy my ancestral home. Perhaps he believes in ‘carpe diem’. Imagine the lack of intent when it comes to our return to Kashmir. I tell all of them that I will visit again and return soon for good. They reluctantly acknowledge that.

Also read: An Obituary in Exile: Remembering a Neighbourhood Panditji

I say goodbye to my neighbour and thank him for being my guide in the village. He again insists on tea and tells me to stay in their house for the night. I tell him to give me some sugar, which we consider propitious, before heading out. I begin my return journey to Srinagar.

On the phone, I inform my mother about my visit home. She tells me that there was no wall running through the walnut trees earlier, before the displacement. Perhaps the new neighbour has intruded on to our land.

I am in Gurgaon. It is too hot here. The holy month of Ramzan has started. One evening I get a call from my neighbour. I am happy that he called. He enquires about my well-being and then passes on the message of a person who is interested in buying our land. I decline straightaway, and tell him that I will return.

I am amazed by the persistence of a fellow Kashmiri who wishes to buy our land. He doesn’t want me to return. Instead, he wants my only connection with Kashmir to be traded. Only the neighbour-guide in my village was happy to see me. The others’ responses were formal and muted.

I heard of the vandalisation of an apple orchard, started by a displaced Kashmiri Pandit on his ancestral land, in Akura. Why the vandalisation? What was the motive? The miscreants didn’t come from Mars.

The questions of existence, survival and identity resurface.

Varad Sharma is a writer and political commentator. He is the co-editor of book on Kashmir’s ethnic minority community titled A Long Dream of Home: The Persecution, Exodus and Exile of Kashmiri Pandits, published by Bloomsbury India. He tweets @VaradSharma.