The boy's family has alleged that police has subjected him to intense interrogation and has focused their investigation on him rather than the culprits. 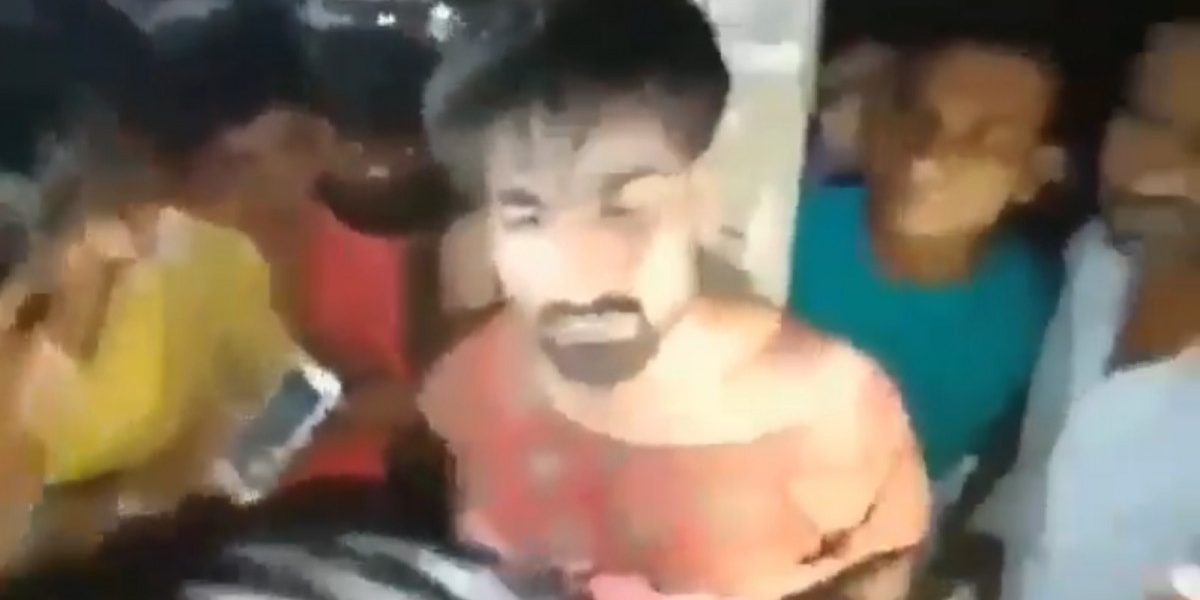 Jaipur: A video from Rajasthan’s Alwar showing a student from Kashmir tied to a pole after having been made to wear women’s clothes, has been doing the rounds on social media.

The 23-year-old boy in the video, Mir Faiz, is originally from Kashmir’s Baramullah and is currently in his final year of engineering studies at the School of Aeronautics in Neemrana.

Faiz’s brother, Faizal, who works at Tata Consultancy Services in New Delhi and was informed about the incident on Wednesday night, said the miscreants were unknown to Faiz.

“On Wednesday evening [September 4], Faiz had gone out to withdraw some cash from the ATM where some men abducted him outside his college campus. They took him to an isolated place and took off his clothes. They made him wear women’s clothes and compelled him to walk into the market, saying that they would kill him otherwise. He walked a little and then to save himself, entered an ATM booth but soon after, about 20 unknown men pulled him out and thrashed him in the open market,” Faizal told The Wire.

Faizal has also alleged that police has tortured his brother with an “intense” round of interrogations.

“My brother was severely injured but he was not medically examined until today [September 5]. He told me he could not even hear with his left ear when the police were questioning him. The police investigated his flat twice and even confiscated his mobile phone. We are not able to understand why we are being treated as culprits here.

“The police let him go at around midnight and asked him to go back Thursday for ‘interrogation’. He did. It has been a whole day, they haven’t let me meet him once today,” he added. At the time of publishing the report, Faiz had been released after interrogation.

However, the police said that an FIR into the matter was registered late on Wednesday night itself. “The boy had complained that about 20 unknown men had beaten him in the market. An FIR is being registered under sections 143 (unlawful assembly), 323 (voluntary causing hurt), 341 (wrongful restraint), 342 (wrongful confinement), 505 (public mischief) and 506 (criminal intimidation) of the Indian Penal Code,” Laxman Singh, sub-inspector at the Neemrana police station told The Wire.

Faizal said the college administration has not been supportive either. “The director told us that he cannot understand why Faiz was dressed as a woman. We are completely on our own here,” said Faizal.

Faizal has further claimed that the police accessed his Facebook account, emails and other social media engagements to verify whether he’s an ‘anti-national’ or not. “It’s beyond our understanding as to why the police would verify the victim in the first place. This is such a bad situation. We will not let Faiz continue his studies here. There is a risk of his life here and we cannot leave him on his own,” said Faizal.

The superintendent of police in the district has denied that the student’s Kashmiri identity was the trigger for the attack and seemed to allege that the women’s clothes the men had forced on him were to blame.

Speaking to The Wire, the Bhiwadi SP, Amandeep Singh Kapoor, said, “It wasn’t an identity-based crime. The locals didn’t know he is a Kashmiri. Since he was dressed as a woman, it caught their attention.”

Meanwhile, the Station House Officer at the Neemrana police station has issued a statement after the interrogation that ‘nothing suspicious’ has been found in the case.