Five Myths and Misconceptions About the UN Report on Kashmir

The heated objections and protests to a report on human rights in Kashmir simply do not hold up to scrutiny.

Parents comfort their son whom they say was injured by pellets shot by security forces in Srinagar following weeks of violence in Kashmir, August 18, 2016. Credit: Reuters/Files 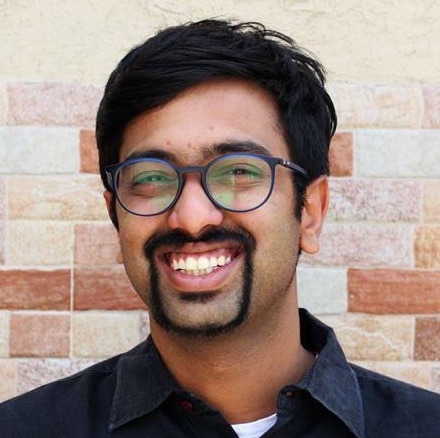 The recent report on the situation of human rights in Kashmir is the first to be issued by a UN body about human rights on both sides of the Line of Control. Even so, the report, which deals with the period from July 2016 to April 2018, met with huge furore in India, and the government lodged a strong protest, calling it “fallacious, tendentious and motivated… overtly prejudiced, and seeks to build a false narrative.” The media did not fall behind in adding to the vocabulary of rejection.

On reading those objections and protests closely, however, they are far from ‘strong’, but replete with rhetoric and without basis in international law. Here are five principal arguments against such protests.

1. The initial ‘buts’ about the method

One of the biggest objections was on the methodology used in the preparation of the report through ‘remote monitoring’. Though remote monitoring is not the best of methods, it was not the first choice of the Office of the UN High Commissioner for Human Rights (OHCHR). Despite repeated requests, India did not give the OHCHR access to Kashmir. The UN office had to rely on publicly available information, including parliamentary questions, court orders, responses to RTI applications etc. Since it could not verify the information itself, the OHCHR also used a legally recognised standard of proof – that of ‘reasonable standard’. Consequently, findings were based on such information only if there were ‘reasonable grounds’ to believe them.

If the biggest objection was to the methodology, then, as the high commissioner suggested, the OHCHR is open to conducting an on-ground investigation.

2. Everything can’t be about ‘territorial integrity’

Many suggest that OHCHR overstepped its mandate by interfering in an internal matter; and by disrespecting the sovereignty and territorial integrity of India. More specifically, by taking note of territories like ‘Azad Jammu and Kashmir’ and ‘Gilgit-Baltistan’, commonly referred to as areas that are administered or occupied by Pakistan. These arguments have no basis in law.

Kashmir, despite India’s insistence, continues to be a ‘disputed territory’ with three legal stake-holders – the governments of India and Pakistan and the people of Kashmir. Despite the cartographic certainty of Indian maps, or the narrative entrenched in our minds, the outside world and the UN still sees Kashmir as a disputed territory. For instance, the International Commission of Jurists in their 1993 Report on Kashmir noted that a right to ‘self-determination’ – popularly understood as a legal right against colonial, foreign, alien dominations or abuse of sovereignty (usually paving way for independence) – crystallised during 1947-48 and remains exercisable even today. Suffice it to say that the principle of territorial integrity will not apply to such a context.

In any case, the high commissioner’s obligation to respect sovereignty or territorial integrity cannot be read as an excuse for the state to violate its international legal obligations. International human rights obligations actually limit the exercise of sovereignty. It would be futile to have international standards if states could simply say that these are inapplicable in its internal affairs.

3. The trouble with ‘terrorism’, and terminological objections to the use of ‘armed groups’

India feels that the OHCHR legitimised terrorism by using the phrase ‘armed groups’ to describe ‘terrorists’. It must be noted that while there have been attempts to define ‘terrorism’ in international law as an act directed at innocent civilians (and at times, property), committed by whoever (including state forces) – there is no definition yet. This is largely because of the lack of consensus on two issues: (a) problems of delegitimising ‘national liberation movements’ against state’s forces by classifying it as terrorism – as was done during colonial times; and (b) large scale attacks by non-state actors are anyway dealt with under the laws governing the use of force.

Therefore, leaving aside the ideological or religious content of Kashmir’s armed groups, which is part of a longer political debate, the OHCHR frames the issue following the language used by the UN in the humanitarian field. Such use  is consistent with armed conflict law/humanitarian law under the Geneva Conventions (which India is a party to); and is applicable in the context of the ‘armed conflict’ in Kashmir (despite the state’s attempts to call such conflict ‘law and order problems’).

A connected concern is that the report does not comment/comment enough on the human rights violation by ‘terrorists’. You only need to visit the contents-page of the report to realise that it has given weightage to violations by non-state actors as well. Many of us are, however, unhappy that there are less number of pages dedicated to the violations by the non-state actors (at least it should have been equal blame sharing). However, anyone familiar with state controls on the flow of information in a place like Kashmir in a deeply militarised state will not be as surprised to know that a lot of abuses by the state do not reach us, and the Indian state’s hegemony has a far greater impact.

4. The myth of constitutional and legal safeguards

India rubbished the report on the ground that Kashmir has free and fair elections, and constitutional and legal safeguards. Given the history of allegedly rigged elections, multiple problematic periods of governor’s rule, the arrests and gagging of political voices, and impunity in the face of human rights violations, such a claim is not particularly convincing.

It obviously requires some audacity to also contend that the judiciary is strong enough to protect people when the impunity is so high. Most cases go unreported, uninvestigated (often interminably) – or even blocked by judiciary itself (like in the case of Major Aditya). Investigations also do not result in prosecutions due to the requirement of sanction under the State Criminal Procedure Code and the Armed Forces Special Powers Act, 1990. Even the Central Ministry of Defence recently admitted to the dismal sanction rate.

Some feel that the recommendation to ‘fully respect the right of self-determination of the people of Kashmir’ is a sly way of suggesting a plebiscite and dismemberment of India. In fact, the reference to self-determination in this report is being read erroneously.

In its report, the OHCHR relies on Article 1 of the the International Covenant on Civil and Political Rights (ICCPR), under which self-determination is ‘an essential condition for the effective guarantee and observance of individual human rights  and for the promotion and strengthening of those rights’, and extends to all people. The more widely adopted view is that this right, under the ICCPR, does not automatically imply ‘dismemberment’ – and is only guaranteed within the administrative units of the sovereign, often referred as ‘internal self-determination’. (The International Commission of Jurists Report, discussed earlier, did however speak about dismemberment triggers: colonial, foreign, alien dominations and abuse of sovereignty, and how they are applicable in the case of Kashmir).

Disproportionate anxieties – responses to the report

The report anyway set out with a small agenda of looking at human rights violations, over a small period of time. Yet, at the end of the day, it says very little. In terms of law, it does not discuss many violations of international law (such as international criminal law, armed conflict law, occupation law or the entirety of why self-determination claims can apply). It has met with great overreaction despite its narrow scope. That shows how much the government of India’s claim of respecting international law translates into respect for the internationally protected human rights of Kashmiris.

Aman is a human rights lawyer working in Delhi and Srinagar.​ He tweets at @CB_Aman.