Two boys, aged 15 and 17, have been detained without charge by the police for several weeks now, the family says. 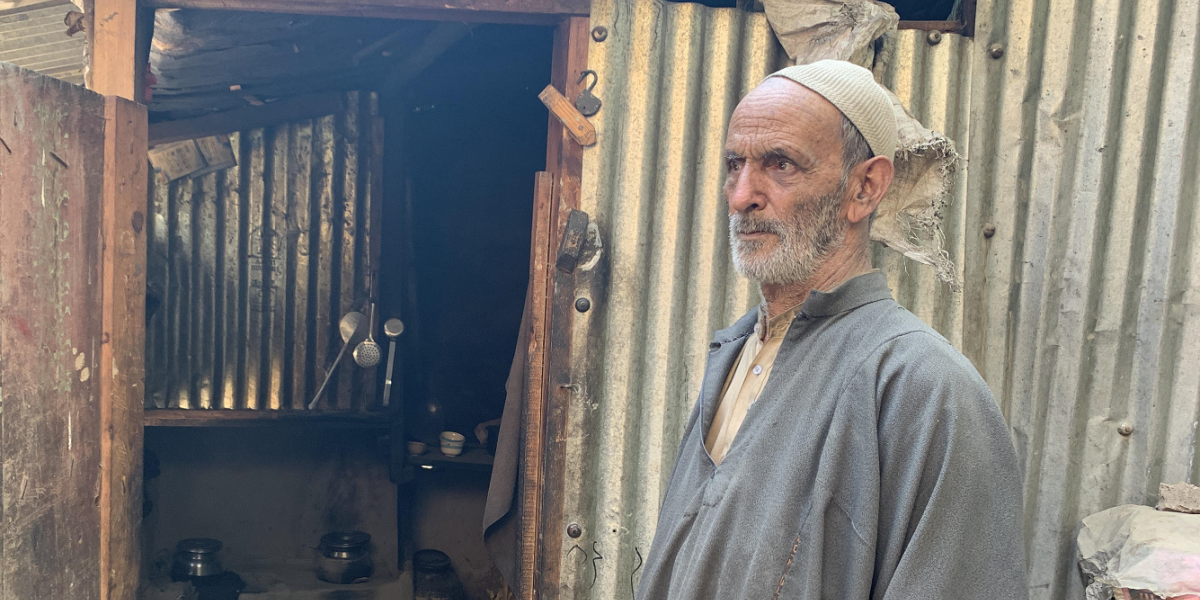 Turka Wangam, Shopian District (J&K): Every day, 85-year-old Abdul Aziz Sheikh watches his son, Abdul Gani, get into a Tata Sumo with a sense of hope. Gani goes to the Zainapora police station in south Kashmir, 12 km from their house. At the police station, he hopes that his sons, 17-year-old Saleem and 15-year-old Sajad – who he says have been detained for the past two and a half months – will be released.

Turka Wangam village is lush with apple orchards. These days, locals are busy picking apples. While most people in the village own land and apple orchards, Aziz’s family is poor and does not own any land. He and his wife live with Abdul Gani, their son, and three grandsons.

The family earns its living through daily wage labour. But for more than two months, since the Centre decided on August 5 to revoke Jammu and Kashmir’s special status, they have found it difficult to find work.

Knowing that times are hard for the family, neighbours drop by the family’s single-storey house to offer rice, vegetables and other essential goods.

A local who asked to remain anonymous said that Aziz’s grandsons were arrested after members of the security forces learnt the family was being helped by locals. “They were suspicious about why the family is receiving food and other items from locals,” he claimed.

In apple-plucking season, which is on now, the family would earn money by plucking and packing apples. “My grandsons used to pick apples to earn money for the family. With the winter set to arrive soon, we have not been able to save enough money because of their detention,” sobbed Aziz. 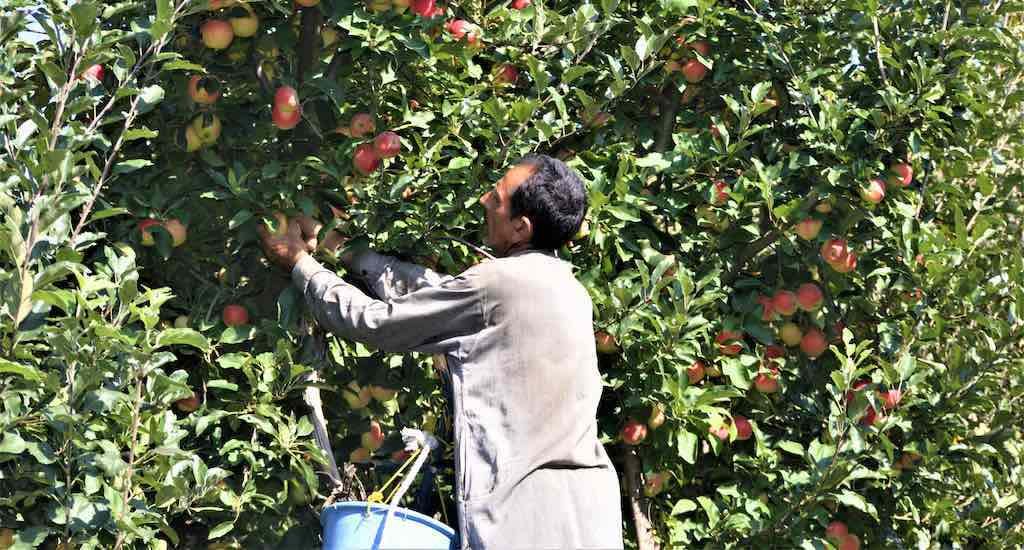 Officials say that since the state’s special status was revoked, nearly 4,000 people have been arrested. According to a report submitted in the Supreme Court, 144 juveniles have been arrested or detained. The police say that most juveniles were released on the day of their arrest itself.

There have been news reports of alleged torture by the security forces of some local youth in Shopian’s villages. Residents say that the police and army have started looking at every person suspiciously after the presence of militants was reported in the area.

Locals also say that five boys have been under detention for more than two months. They say that on August 21, some gunshots were heard in the area. Around midnight, the police cordoned off the village. They arrived at Aziz’s house while the family was sleeping.  “When we didn’t open the gate due to fear, they simply jumped over the main gate.”

The family was kept locked in one of the rooms and Saleem and Sajad were taken away by the police, without any reason being given to the family.

“My son jumped out of the window and pleaded with them not to take his boys away. They didn’t listen,” said Aziz. “We are not involved in any illegal activities. After August 5, my grandsons were wary to leave the house. The police detained them on mere suspicion,” he adds.

He adds, “No incident of stone-pelting has occurred in the area since the special status was revoked.”

Since the Centre’s decision to dilute Article 370, shops and business establishments in the village have remained shut. Daily wage labourers are unable to find work. Most residents of Turka Wangam prefer to remain within their homes due to the army’s patrolling during day hours because they claim they have been warned of reprisals.

A daily trip to the police station

For Aziz’s family, Gani is now the sole breadwinner. He spends most of his time meeting different officials and visiting jails to secure the release of his sons.

“Every time he goes to meet officials, my son has to arrange a vehicle and Rs 300 for petrol. This at a time when we haven’t earned a penny for the past two months,” says Aziz. “The police tell us, ‘Meet this person and meet that official’. Sometimes, they just make excuses and say, ‘Sahib soya hai abhi (the officer is sleeping right now)’.”

“My son is also getting old and tired. He has no energy to do daily-wage labour,” says Aziz, who has now been forced to do daily chores like cooking and cleaning while his son makes the daily rounds of the police station.

In 2016, the Valley was torn apart by violent discontent in the aftermath of Burhan Wani’s killing. That was also when Gani’s wife died after suffering a heart attack.

Aziz and his 80-year-old wife Sundas – she is mentally disabled and medicated – sit on the porch, gazing at the main gate and hope that the grandsons return. “They used to get medicines for me and my wife too,” he says longingly. 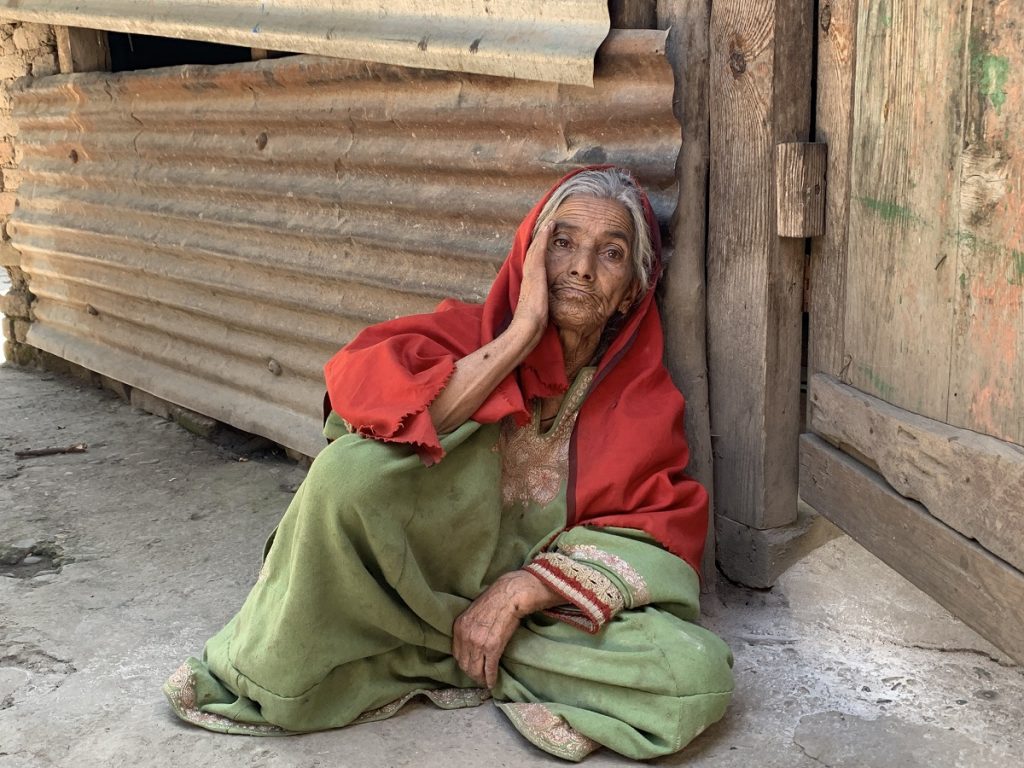 The family says that when they visit Saleem and Sajad in the Zainapora police station, they ask only one question. “Is our grandmother alive?”

Sundas, their grandmother, is heavily medicated and only has a slight idea about their detention. Saleem and Sajad looked after her. “She sometimes calls out their names in the middle of the night and cries,” Aziz says.

The SHO, Zainaora police station told this reporter he was not authorised to speak to the media and queries with senior police officers in the district have gone unanswered.

Quratulain Rehbar is a Kashmir-based journalist working with the Kashmir Walla magazine.