After facing a six-month blackout, students have limited time to prepare for the exam. 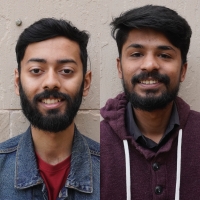 In December 2018, Maryam was ecstatic after her board results were announced. She had secured 94.6% in her exams. “I was immensely happy and my focus was on preparing for the NEET exam, which was a few months away.”

Maryam, however, could not give the exam in May 2019 due to a family emergency. She then thought she would prepare for the next year’s exam. “I even applied for online coaching, and my preparations were going really well. I was sure I would crack the exam in 2020,” Maryam said.

But on August 5, 2019, the Government of India decided to read down Article 370 and a communication blackout was imposed on J&K. Mobile networks, broadband services, Wi-Fi were cut off. For students like Maryam, who were heavily dependent on the internet for their preparations, the announcement came as a shock.

It was only on January 25, 2020, after the Supreme Court ordered a review of the internet ban, that the administration extended 2G mobile internet services to Kashmir. Students have, however, claimed that the speed of the internet is so slow that a simple audio file takes hours to download. With the current internet speed, students complain that it is not possible for them to avail the benefits of the online courses they have registered for.

“The teachers in Kashmir are not very good. That is why I decided to enrol in an online course to prepare better,” says Maryam.

The nearly six-month communication blockade severely hampered students’ preparations, says Kapil Gupta, founder of NEETPrep.com, a website that helps students prepare for the NEET exam. “Earlier, a lot of students from the Kashmir Valley would go to Jammu to prepare for the exam. Now, while the internet was cut-off, even the movement of people across the region was restricted. Students had no option but to sit at home, without internet, and prepare with the little material they had.”

More than 1.5 million students have applied for this year’s exam. More than 30,000 are estimated to be from the erstwhile state of Jammu and Kashmir.

Bilal, a student from the Bandipore district reveals the difficulties students are facing despite the resumption of low-speed internet services in Kashmir. “While the government has said that 2G services have been extended, my internet just does not work. As a consequence, there is no way for me to clear my doubts online.” While Bilal has some books that he refers to, they are not enough to ensure proper preparation for the exam, he says.

Gupta agrees with Bilal. “Earlier, students in Kashmir began their preparation between January-March, as the Valley would be snowed in completely. They used video courses to prepare for the exam. All that has taken a massive hit due to the communication blockade.”

Government officials maintain that the authorities are doing everything possible to ensure that the entire process, from submitting forms to the preparation for exams does not suffer due to the internet shutdown. Professor Aasia Qayoom, a nodal officer at Ganderbal, said that while 2G speeds are indeed of hardly any use, the government has set up nodal offices and NIC (National Informatics Centre) booths where students can avail the benefits of high-speed internet.

“We have also set up offices in every district, where we facilitate offline registration for the exam. We have received many requests for the same, and typically help 20-25 students a day in filling up forms,” she said.

Gupta, however, doubted the effectiveness of these measures. “Internet is absolutely essential for preparations in this day and age. It’s tough to live without the internet for two days. These students faced a communication blockade for nearly six months. Imagine how difficult it must be for them to prepare for their exams.”