The room rented by the three men is still scattered with their belongings, including half-eaten food.

Belongings left behind in the room rented by the three labourers in Shopian. Photo: Umer Maqbool

Shopian (Jammu and Kashmir): On July 16, Imtiyaz Ahmad, a labourer from Rajouri, rented a small room near the army’s Rashtriya Rifles (RR) camp at Chowgam, near Shopian town.

“Imtiyaz met me in the afternoon that day, seeking accommodation on rent. I was initially reluctant to give him the room. He then gave the reference of a local lumberdar, Muhammad Yosouf, so I agreed to give him the room on rent for Rs 1,600 per month,” says Shakeel Ahmad Lone from Chowgam.

“They bought rice, vegetables, oil and other eatables. They told my son that the floor of the room does not have a mat. I gave them a small mat,” she says.

The next morning, the landlord’s family found that the door of the room was locked from the inside, but one of the windows was unlocked and open. “I knocked on the door repeatedly but there was no response. Since then, we don’t know their whereabouts. They never came back,” Fareeda says.

The three young men disappeared on the intervening night of July 16 and 17. Their clothes are still hung in the room; a charger is still plugged into the wall socket; their utensils still contain half-eaten food.

The landlord has not cleaned or interfered with the room; it is still as the three men left it.

Some 24 hours later, on the night of the 17th, an encounter took place some 10-12 kilometres away from this room, at Mirzpora Chak. According to the army, three unidentified militants were killed. However, three families from Rajouri have disputed this claim, saying those killed in the gunfight were innocent labourers.

The lumberdar’s family in Chowgam also endorsed the claim that Imtiyaz knew them. “We knew him. He had been coming here for the past few years to work as labourer,” said Touseef, a family member of the lumberdar.

At Mirzapora Chak, locals are convinced that those killed in the encounter were not militants.

“I have seen militancy. These three young men were poor, wearing old clothes, worn-out shoes. The youngest among them was wearing flip-flops. How can they be militants? Are militants dressed in this way?” asks Laldin Khatana. 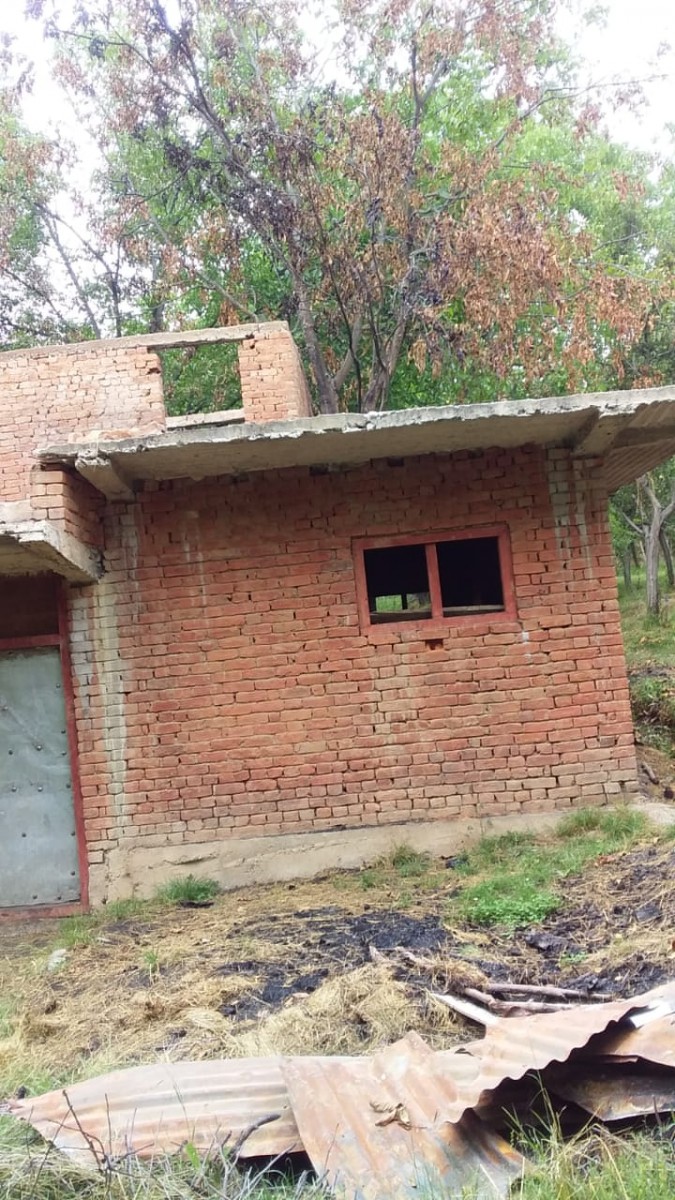 Muhammad Yosouf, owner of the orchard in which the army claims the encounter took place, says that he was informed by the army on July 18 morning that some militants had been killed on his land, spread over 16 kanals.

“When I was shown the bodies of those killed in the encounter, I could not recognise them. They (the army) repeatedly asked me whether Basu (local militant Basit) is among them; I told them none of them is a local militant,” he says.

He also claims that an army major from Reshi Nagari camp called him on Monday (August 11), and asked him to come to the camp.

“I received a phone call from a local army major yesterday. He told me to ‘come to Resh Nagari camp, it will be in your interest’. He also asked me to reveal the names of other civilians who had come to the encounter spot on July 18,” he says.

Pointing to their burnt store-cum-cowshed, his son, Mashkoor Ahmad says there is no way people could live inside it, as it was crowded with wooden logs, sand and other such items.

Residents of Amshipora talked about how they were awoken by sounds of gunfire on the intervening night of July 17 and 18.

“The sounds seemed like a few rounds of gunfire. An hour later, around 4 am, there were a few more bursts of gunfire. This was followed by heavy firing and mortar shelling in the morning,” locals say.

According to them, the army came knocking on their doors on July 18 and told them to extinguish the fire.“When we went near the spot, the store-cum-cowshed was in flames and three dead bodies were lying in the orchard,” a local man said.

As reported by The Wire, three families from Rajouri have claimed that those killed in the July 18 encounter were their family members who had gone to Shopian to work as labourers.

So far, the government maintains that the men were militants, with one senior official saying that those alleging the encounter was fake were part of a “conspiracy” to worsen the security situation in the Union Territory. Farooq Khan, advisor to the lieutenant governor, told a local news agency, “Some people call [the] Shopian encounter a staged or fake encounter in an attempt to deteriorate (sic) the situation in Kashmir. We will defeat all the conspiracies of those who want to deteriorate the situation in Kashmir. There are some reports about the missing of three persons. Enquiry has been started and everything will be clear very soon.”

In the evening of August 11, J&K Police released a statement saying that Shopian Police will examine the claims that those killed were not militants by carrying out DNA tests through sampling and matching. “Besides identification, Police will also investigate all other aspects as per the law in due course of time,” the statement read.

“Police had provided sufficient time for identification of dead bodies at PCR Kashmir Srinagar. However, the dead bodies could not be identified and they were buried in presence of Magistrate,” police said, announcing the decision to investigate further.

Police said that Rajouri District Police had been “approached by families” on August 10, “claiming that their relatives had gone to Shopian for labour work and contacted [them by] phone on 17th July. The families who were missing members had lodged a missing persons’ report as well, J&K Police noted in their release.

Note: This article has been updated with J&K Police’s statement on the matter.