In Photos: Schools in Kashmir Reopen After Seven Months

“Denying education is the worst crime that a progressive civilisation can be a victim of," said a mother of two children.

A mother drops her kids off to the school. Photo: Wasim Nabi 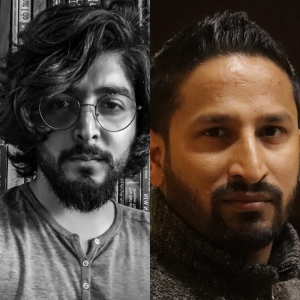 Srinagar: After the revocation of Jammu and Kashmir’s special status on August 5, 2019, and the bifurcation of the state into two union territories, life in the Valley came to a grinding halt. The massive lockdown, curfews, restrictions and the unprecedented communications blockade created severe bottlenecks in all realms of life.

Health services were severely affected – there was an overall shortage of medicines, exacerbated by the ban on communication. Business and economic activity suffered heavy losses. A report by the Kashmir Chamber of Commerce and Industry (KCCI) estimated that, during the first 120 days after the lockdown was imposed, the economy suffered an aggregate loss of Rs 17,878 crore.

During the lockdown, the education sector was crippled as well. Schools and colleges remained shut since August 5 throughout the Valley. 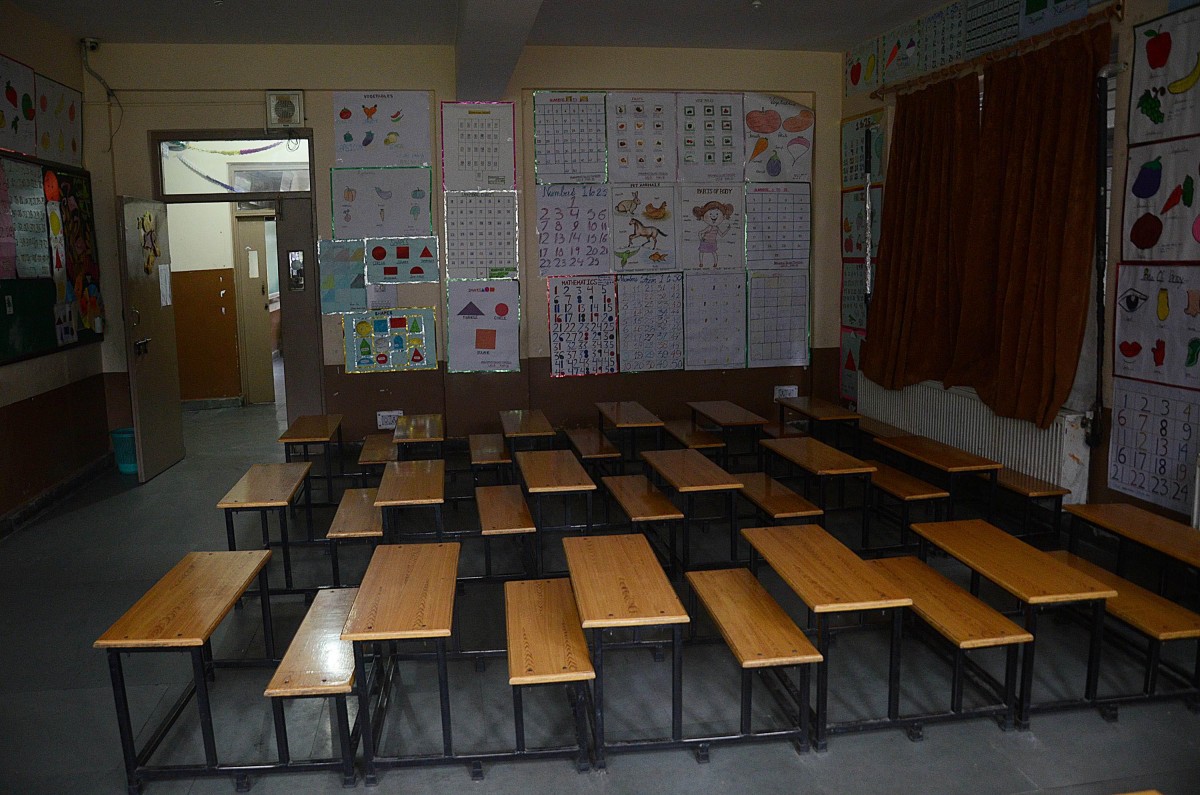 August 19, 2019: Classrooms remained deserted as students did not turn up. Photo: Wasim Nabi

After a span of nearly seven months, schools reopened on Monday. Although the administration had tried to reopen schools and colleges numerous times in mid-August and the first week of October in 2019, owing to the bleak, or in some cases no, attendance of students, the attempts failed miserably. 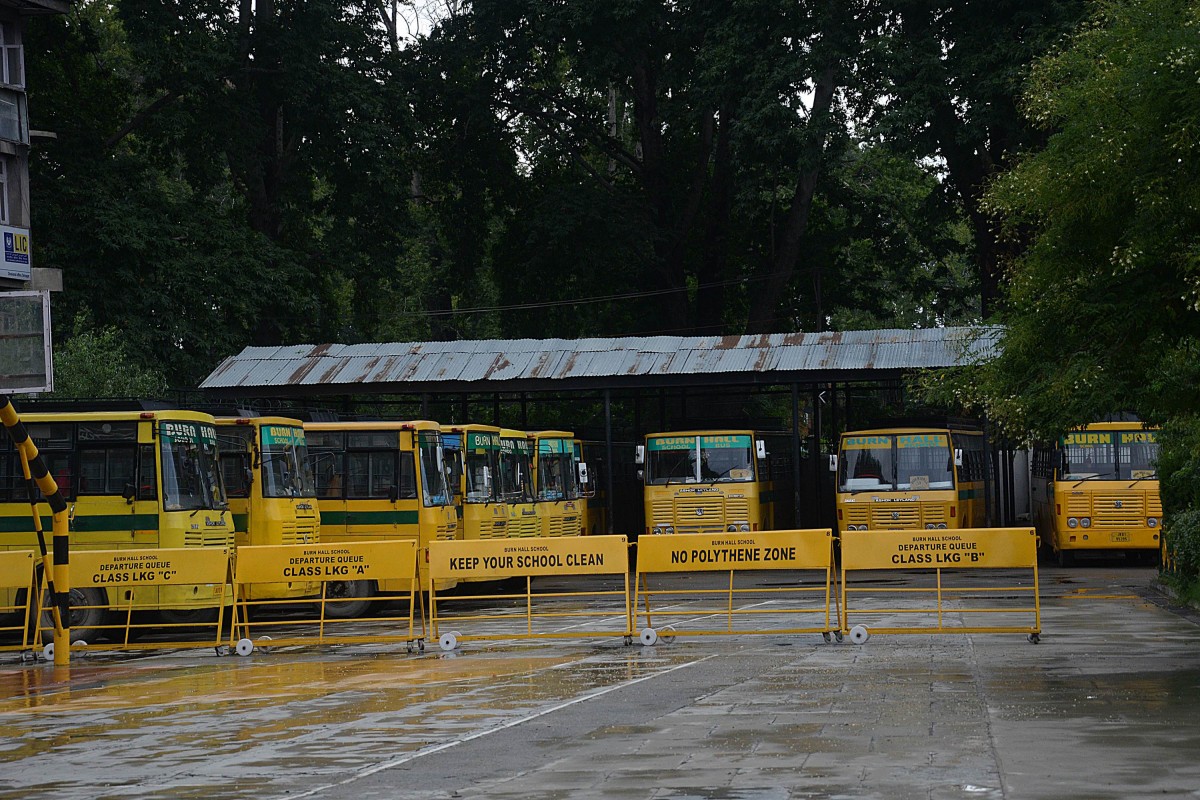 There are almost 11,633 educational institutes across Kashmir and the total number of students enrolled in studies up till the higher secondary level touches 100,000. On Monday, the streets looked lively, once again, with school children in uniforms. City traffic, after a span of almost seven months, was once again bustling with yellow school buses.

Also read: Children of Kashmir: Away From Schools, Disconnected From Friends

“Denying education is the worst crime that a progressive civilisation can be a victim of. These children are the torch bearers of our ideals. It’s a bright sign that children, even though after losing half a year of their education, are once again back to school,” said Yasmeen, a mother of two children. “Last time I dropped my kids off to school was on August 3.” 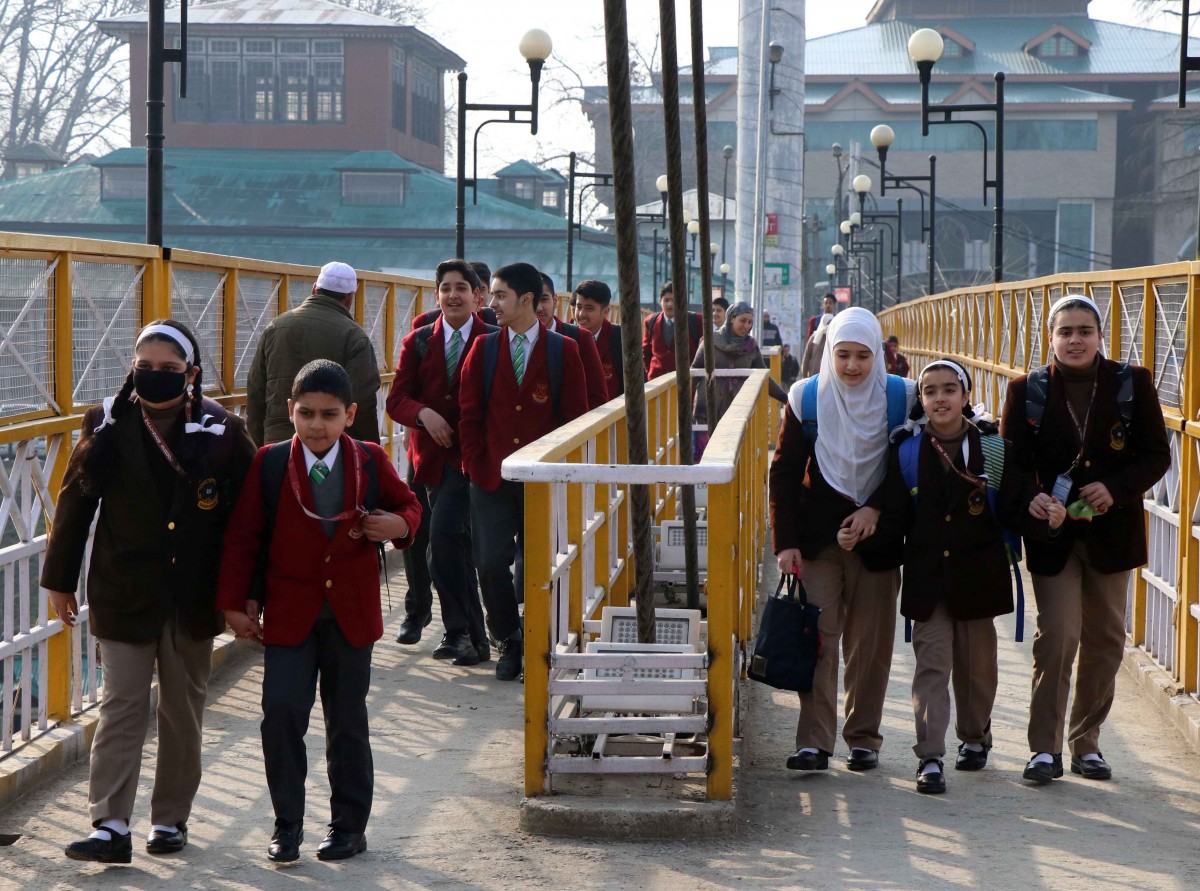 A bunch of children cross the footbridge over Jhelum. Photo: Wasim Nabi

While a handful of private schools, including Srinagar’s Delhi Public School, resumed classes last week, a majority of private and government schools opened on Monday.

Speaking about the arrangements and efforts put in the by the administration, Mohammad Younis Malik, director, school education Kashmir, said “All arrangements have been put in place to restart the session. Teachers have been directed to work with dedication for building capacities of students for the betterment of their future.” 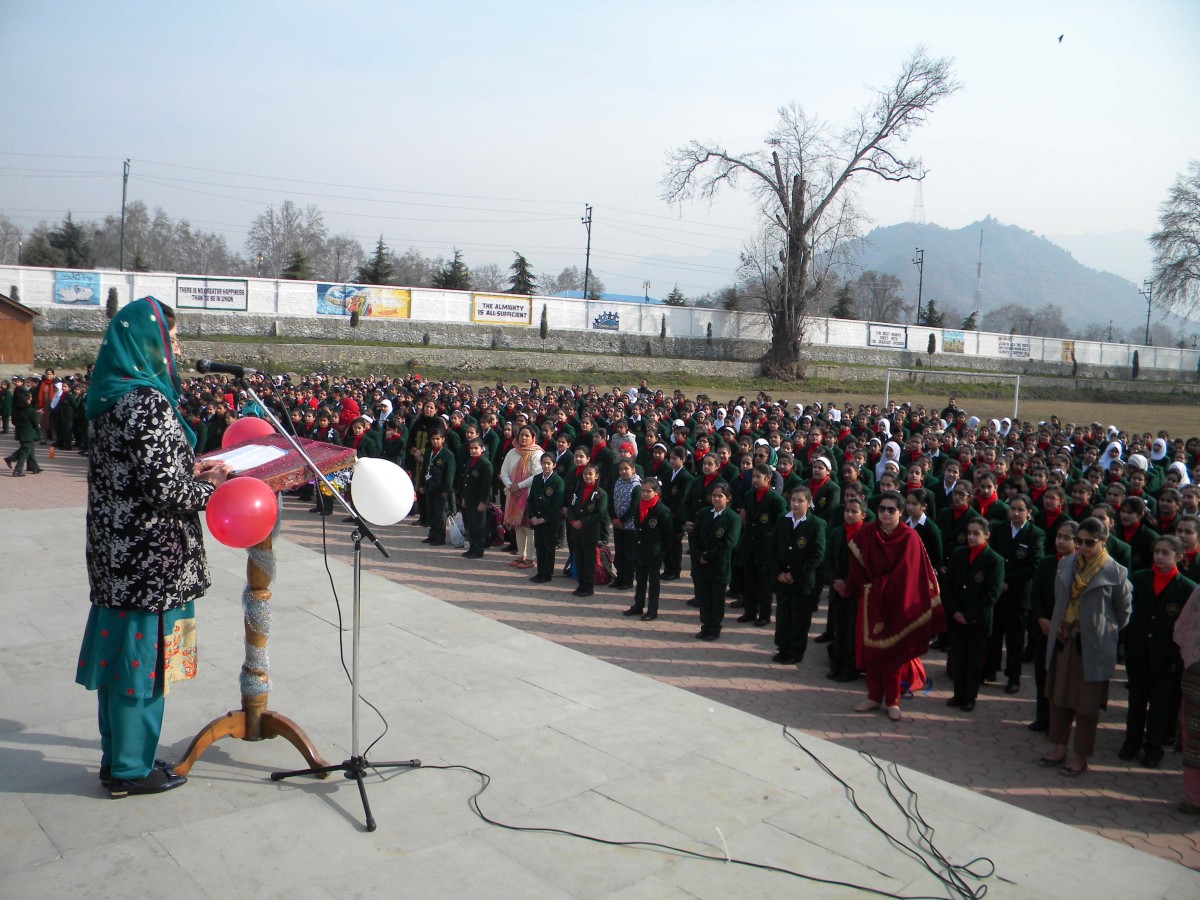 “Smile. Keep a gracious smile on your face. Always! It is a charitable deed!” the assembly instructor said to children during the morning assembly at Presentation Convent Girls Higher Secondary School, Srinagar. Photo: Wasim Nabi

Why didn’t this work earlier?

The administration had been reluctantly trying to re-open schools since August 5. The earliest attempts were made when, in the city of Srinagar, the state administration ordered for the opening of 190 primary schools from August 19. It was made mandatory for all government officials to resume working. However, staffers and teachers would attend, but students would not turn up.

Parents were apprehensive about how safe sending their kids to school was. “How would we leave our children amidst all this fuss, and when even mobile phones are not working?” Ashraf Ahmad Dar, 46, whose son studies in a government school in Srinagar told The Wire, “You never know what happens! There was curfew. There were protests. Things were tense.  How could we know whether our children were safe once they left their homes? Schooling comes later, life and safety first!” he added. 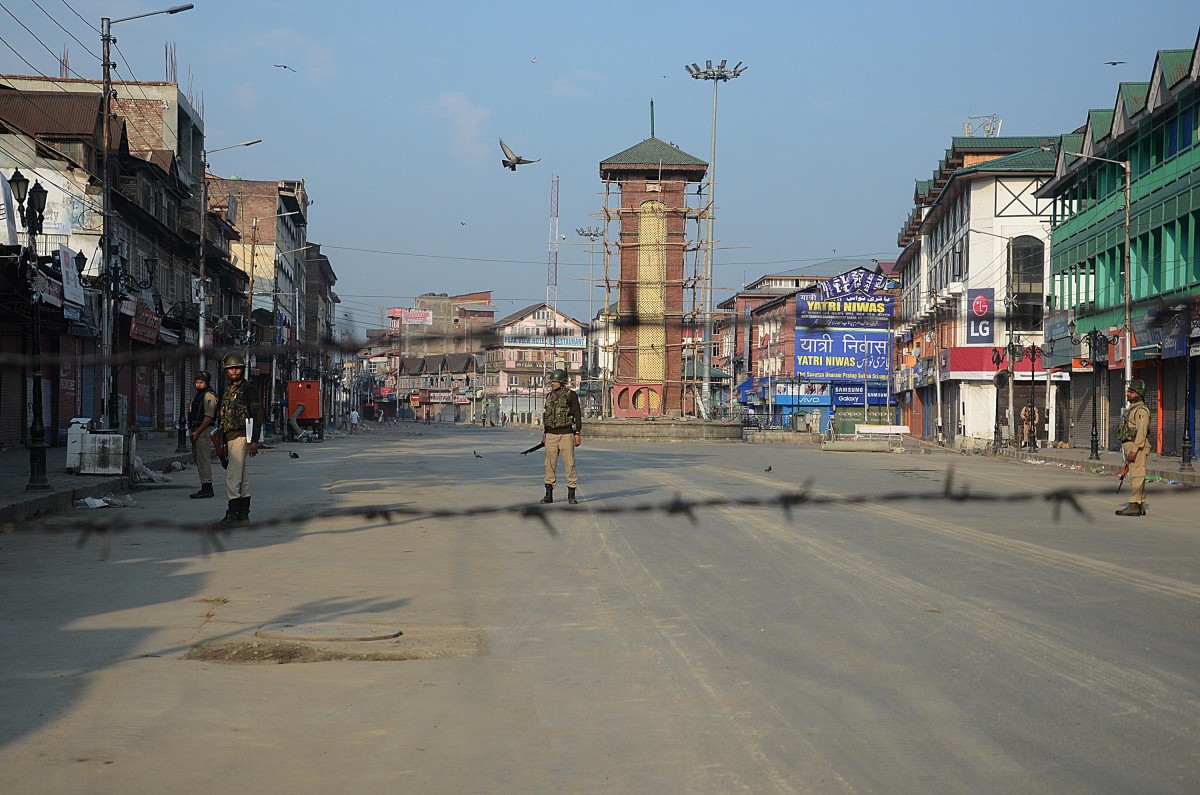 A pigeon flies over the clock-tower, in the city centre Lal Chowk, on the day the special status of Jammu and Kashmir was revoked. Photo: Wasim Nabi

A government teacher at a school in Srinagar could not go to his school even after the government announcements because of the restrictions imposed in the city. “Everything was shut, and there was curfew. Forces would not allow us to pass through the checkpoints” he said, speaking to The Wire on the condition of anonymity “It was not even safe for the teachers, how would you expect that the students would attend?” 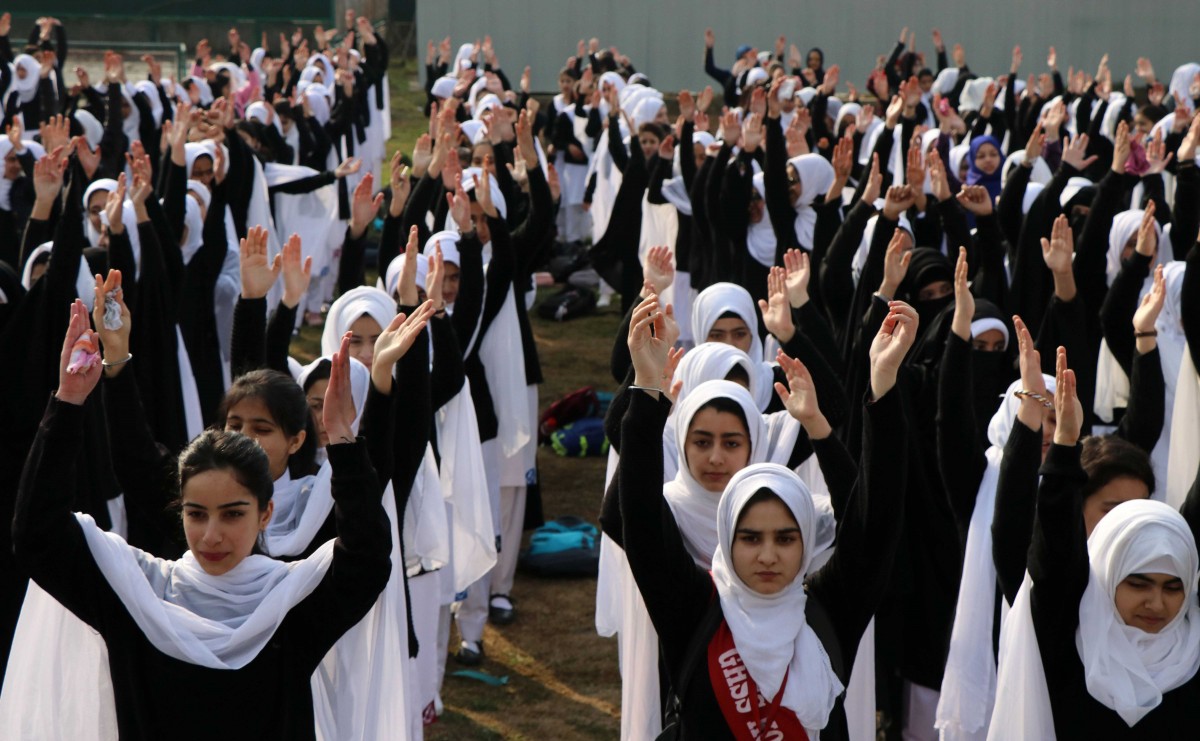 He claims that announcements to reopen schools last year were nothing but a “propaganda tool used by the government to carry on the manufactured narrative of normalcy”. “They wanted to show it to the world that kids are going to the schools and everything is normal. But classes were deserted. Nobody came,” he said.

How did the lockdown affect students?

Caged in their homes, students were not able to attend schools and study their courses thoroughly. Owing to the restrictions imposed, private tuition centres were shut as well, which made the situation of the students even more miserable. 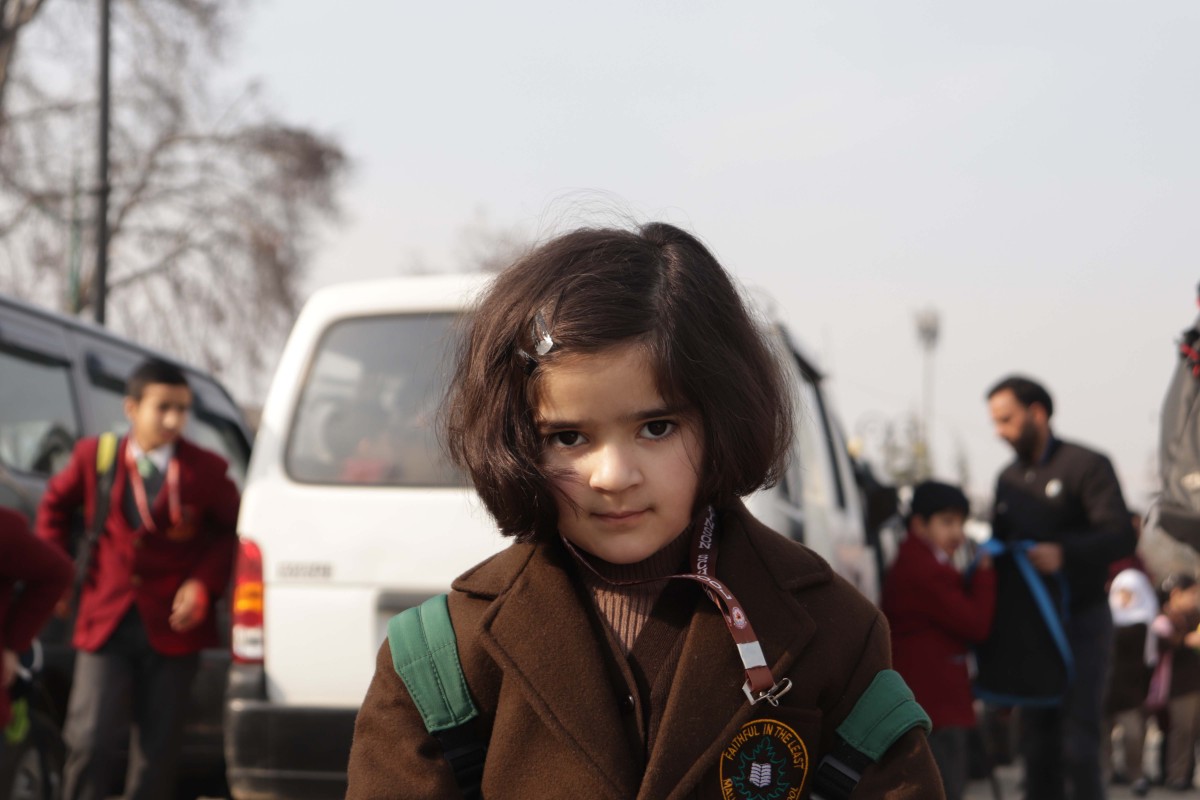 A school girl poses for a photograph. Photo: Wasim Nabi

Kafeel Ahmed, a higher secondary student from Srinagar was not able to attend his tuition centre for classes and owing to which he could not complete his syllabus on time. “Months passed without school and tuition. The session was still in its mid-phase, and more than half of the syllabus was yet to be covered. Amidst all this chaos, the state board announced the date sheet,” he told The Wire.

“The board neither deferred the examination dates nor gave us any relaxation in the syllabus. They were way too reluctant to make unprepared students sit for the examinations. Who would have taught us? We didn’t have the internet either at our disposal,” said Kafeel. Kafeel had passed his class X examination with flying colours, but owing to the situation in the Valley, he could not perform well in his Class 12 examinations. 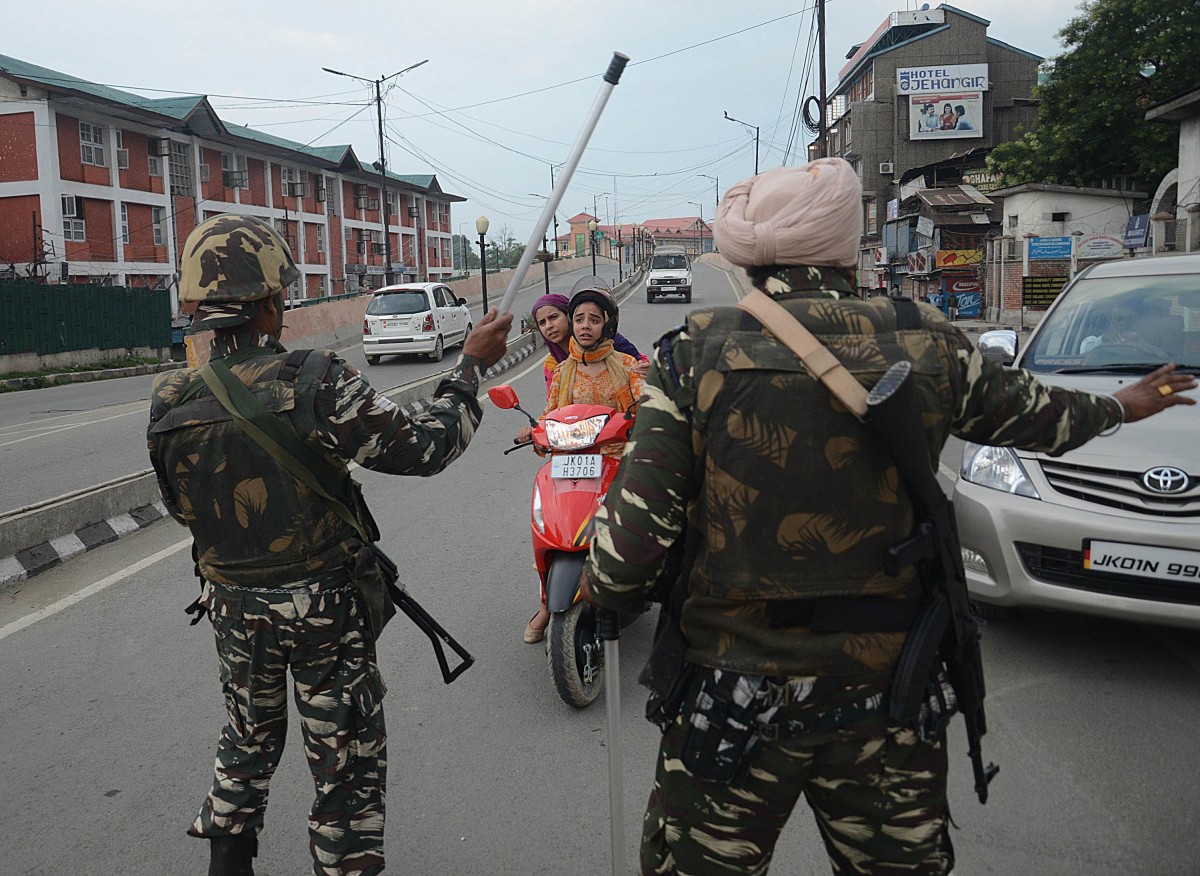 Students have also been showing signs and symptoms of mental distress. “Most of the cases which come to me are usually college students. In situations like the recent clampdown, their exams get delayed, and which, in turn, means their degrees get delayed,” said Ishfaq Ahmed, a Kashmir-based mental health counsellor.

“The subsequent delay in their degrees makes them lag behind and they get stressed about their academic prospects. Students, under such circumstances, develop anxiety disorders, because the degree which would usually finish in three years, takes four to complete. Or sometimes five,” said Ahmed.

Ahmad believes that unfriendly and harsh policies of the administration towards students are among the main causes of the stress among school-going children. “Students lately have not been able to attend their schools or tuition centres. Internet was banned, and still is. In such circumstances, it is difficult for a student to perform well. And their performance further aggravates their stress and anxiety levels,” he told The Wire. 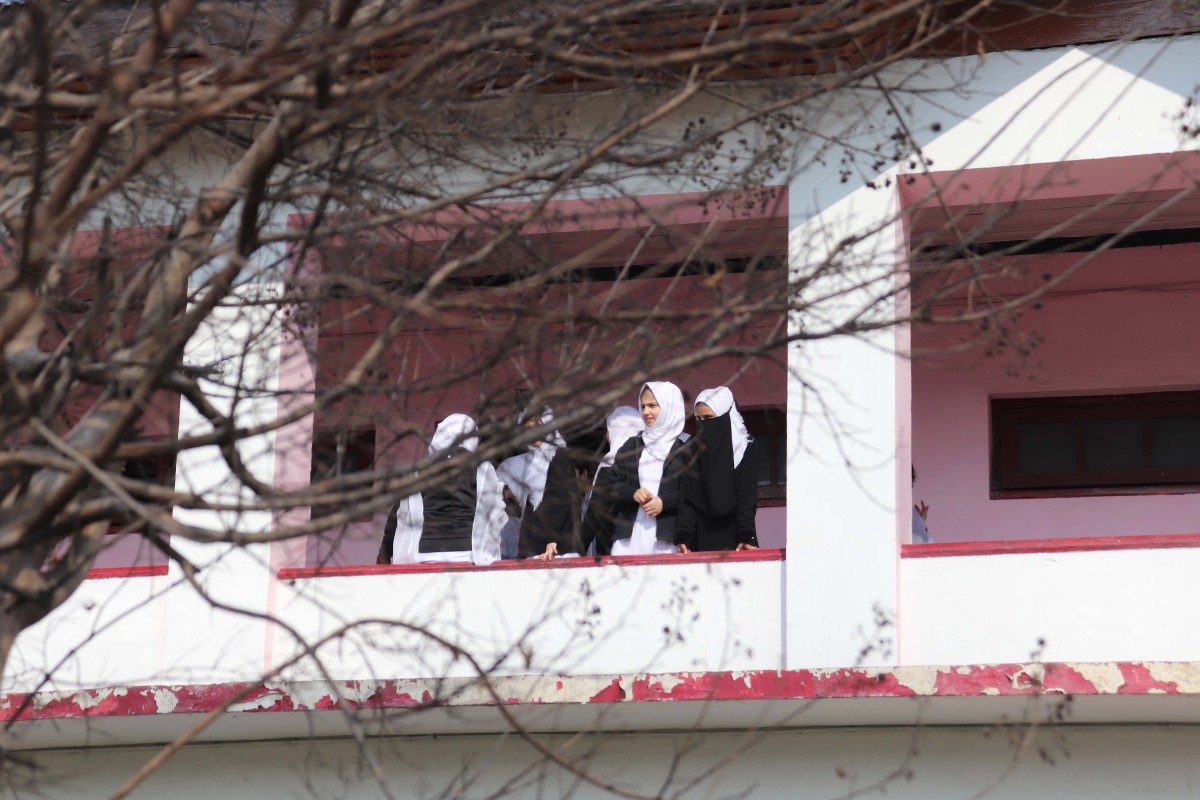 Students gather on the first day of their school. Photo: Wasim Nabi

Parents are happy to see their children go to school once again. “It is very relieving that my son would be able to meet his friends after seven long months,” said Zahoor Ahmad, who hails from the Rainawari area of Srinagar.  Timings for the schools within the Srinagar municipal limits is 10:00 am to 3 p.m, as announced by the government, while, in rest of the Kashmir division, timings will be between 10:30 am and 3:30 pm.