Students, in particular, developed psychological disorders and were the most affected victims according to a study conducted by the Institute of Mental Health and Neurosciences in Kashmir.

When 18-year-old Farzan Nazir Sheikh gets angry, he finds it difficult to calm himself down. To release his anger, most of the times, Farzan throws or breaks things that come in his way. He has become prone to sudden outbursts of uncontrollable anger.

“My life has completely changed after I was hit by pellets,” says Farzan, sitting in his small grocery shop in Nawabazar, Srinagar. “I wasn’t like this before.”

In 2017, Farzan suffered pellet injuries twice in a period of five months. On March 28, 2017, Farzan lost eyesight in his left eye when security forces showered pellets at him near an alleyway a step away from his house. In the same year, on August 7, when Farzan was limping back towards recovery, pellets fired by security forces pierced the right side of Farzan’s face and he lost partial eyesight in his right eye.

“I met the first incident when I went outside after hearing the sudden commotion. There were protests going on. The pellets unleashed by security forces struck the left portion of my face,” says Farzan, adding that the “second time a streetlight installed outside our home was disturbing my sleep as its light was directly shining into my room. I went outside to put out the light when the security forces fired pellets at me.” 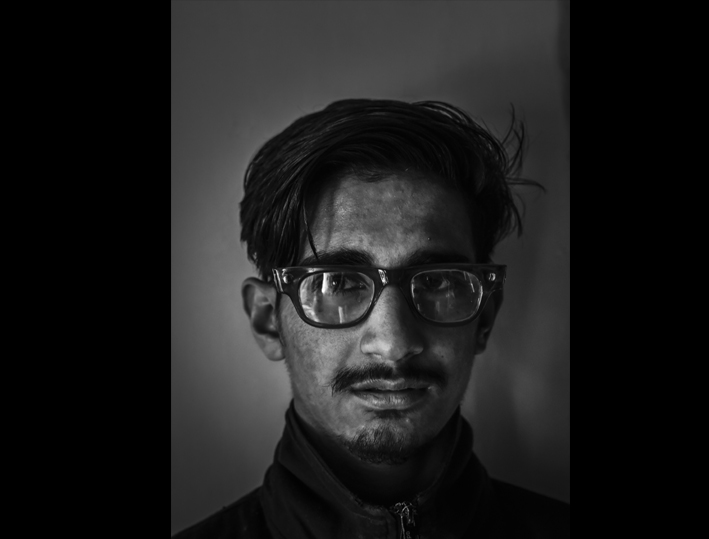 Farzan, who is the lone bread earner for his family, has undergone seven eye surgeries so far and has regained 40% eyesight in his right eye while his left eye is completely blind. His father, Nazir Ahmad Sheikh died last year.

In addition to visiting an ophthalmologist regularly for checkups, Farzan says, he has now consulted a psychiatrist as well to get rid of the psychological disorders he has developed during the last two years.

“Some pellets are still lodged in my head. My skull was cracked,” says a bespectacled Farzan. “Scores of times when I got angry I shouted at my mother and sister. Once when my anger erupted, I broke a fan and the fridge. But I always regret it later.”

“Sometimes,” Farzan continues, “while sitting in my shop I get deeply involved in my tragic past that makes me angrier.”

“I may not regain my eyesight but doctors have told me I will get rid of other problems soon,” says Farzan.

Like Farzan, at least 85% of pellet victims in Kashmir have developed psychiatric disorders, according to the study done by the Institute of Mental Health and Neurosciences, Kashmir.

A spate of psychiatric disorders attributed to pellet injuries

The study titled ‘Psychiatric Morbidity in Pellet Injury Victims of Kashmir Valley’ puts depression at the top of the list with 25.79% suffering from this disorder, followed by Adjustment disorder (15.79%), Post Traumatic Stress Disorder (9.21%) and Anxiety disorders (9%).

The doctors examined 380 pellet victims after the uprising in 2016 and found 85% among them suffer different types of psychological problems.

The study says psychological disorders in pellets victims are directly related to the severity and type of injuries. “Eye injuries with loss of vision found to be the highest risk for developing a psychiatric illness,” the study reveals. Among the pellets victims who have developed psychiatric disorders, 92.92% have eye injuries while 70% of patients have other injuries.

So far 325 pellet victims, who are suffering from psychiatric problems, have received treatment at associated hospitals of Government Medical College (GMC), Srinagar. But most of the pellet victims do not visit psychiatrists.

“Most of the victims are not aware of their psychiatric problems,” the study says. “Although many patients got treatment in the form of counselling or sometimes through medication, the attrition rates are very high because most of them are not able to follow up.”

The study found that the irritability is common to many of the psychiatric disorders including depression, anxiety and post-traumatic stress.  Students, who suffered pellet injuries and subsequently developed psychological disorders, were found to be the most affected victims.

“Students were the largest group in our study. The mental health issues and grave injuries caused by pellets are affecting their ability to carry on studies and also day-to-day socio-occupational functioning,” a group of doctors who conducted study told The Wire. “All of these pellet-injured students should be screened for psychiatric issues.”

Also read: Pellet Guns in Kashmir: The Lethal Use of “Non-Lethal” Weapons

“The study might not be reflective quantitatively,” they said and added, “But qualitatively it conveys that there is a need for screening all pellet injury victims for comorbid psychiatric illnesses.”

Conducted over a period of two years, the study was hospital-based and the patients involved were from Orthopaedics and Ophthalmology departments of GMC Srinagar.

All patients underwent a detailed psychiatric screening based on the Mini-International Neuropsychiatric Interview (MINI plus and MINI-kid). Apart from this, the Diagnostic and Statistical Manual (DSM-5) was applied to confirm the diagnosis. 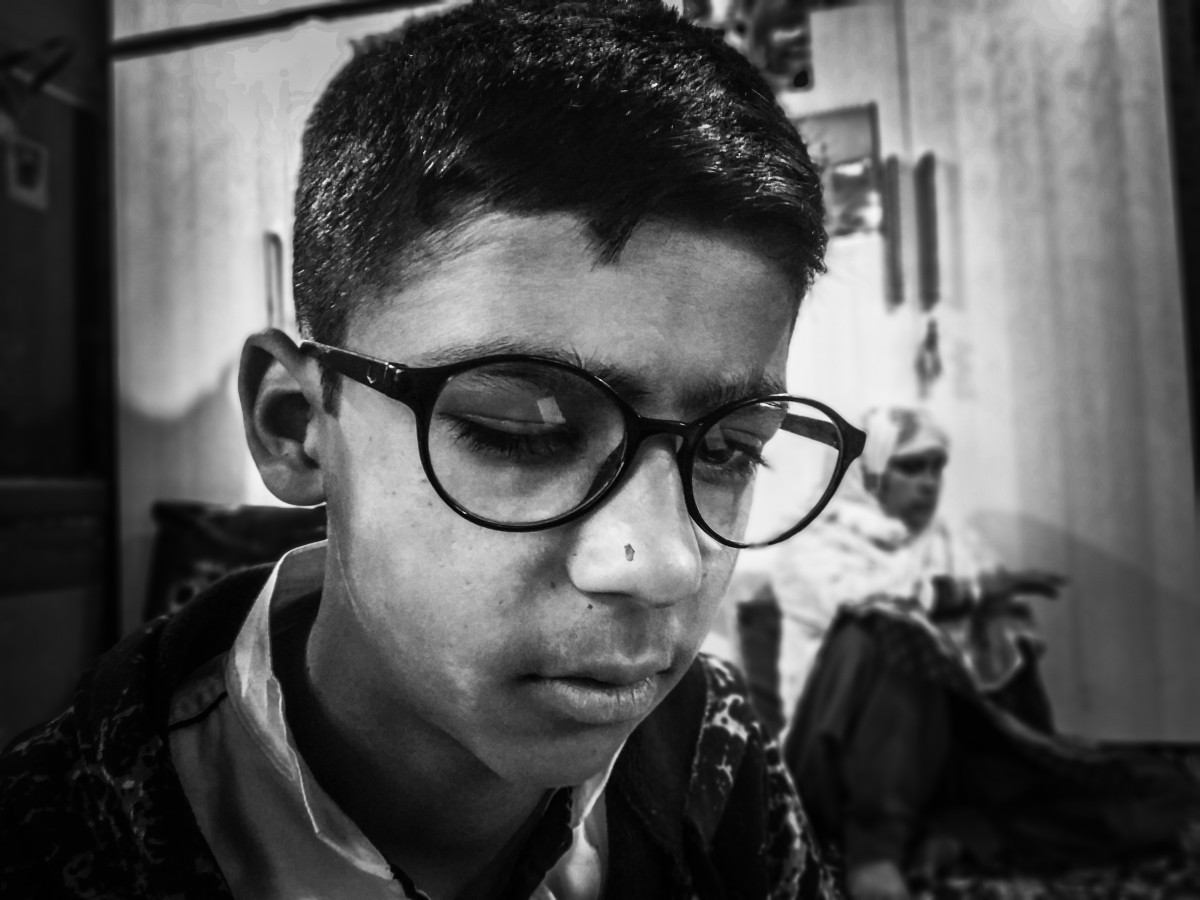 Asif Rasheed Sheikh, 13, has become headstrong and obstinate. He lost eyesight in his right eye when security forces fired pellets at him on July 20, 2016.

“Asif went outside to buy candies from a grocery shop when he was injured by pellets,” says Wazira Akhter, Asif’s mother. “My son was gentle and shy before that tragic incident. His behaviour has changed now. If he demands anything it should be fulfilled at any cost. ”

“Once,” Wazira says, “Asif broke windowpanes in anger. Sometimes it becomes difficult to control him when his anger erupts. He tries to hit the wall with his head.”

Asif’s father, Abdul Rasheed Sheikh is a daily wager in Municipal Council Anantnag. To fulfil her son’s demands, Wazira says, she is now working as a maid. 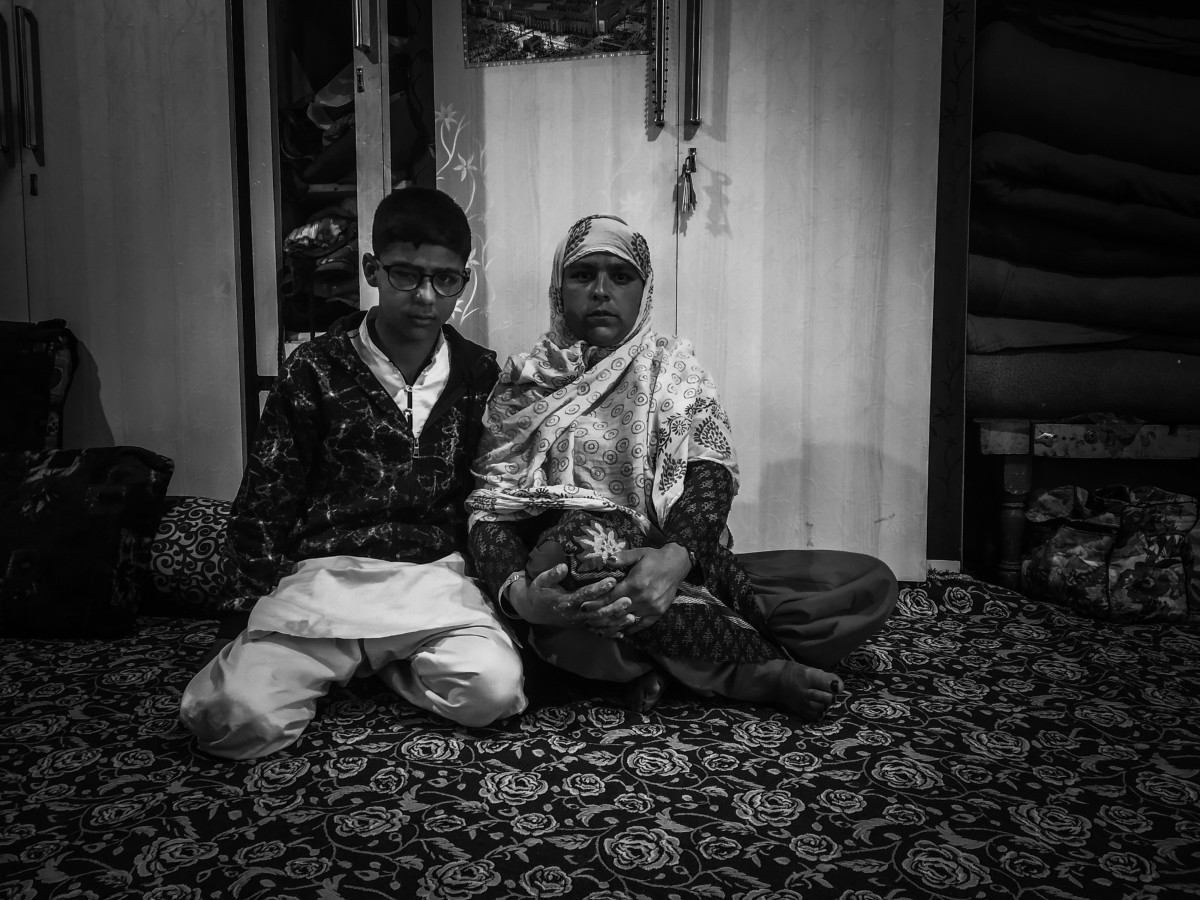 “My son often cries aloud and curses himself. He wishes why he wouldn’t die in that tragic incident,” says Wazira.

When asked if the family has consulted a psychiatrist for Asif, they replied in the negative. “We have spent everything on Asif’s eye treatment. We never thought that my son would need a doctor to get rid of his changed behaviour,” says Wazira.

“That one incident,” Wazira continues, “changed my son’s life.”

Officially labelled as a “non-lethal” weapon, the pump-action pellet gun emits around 600 metal balls simultaneously at a high velocity, causing severe injuries to the public.

The security forces used shot-gun pellets in the valley for the first time during the 2010 uprising to quell the protesters. The weapon has so far killed scores of people in Kashmir while thousands of others have been injured.

Also read: ‘This Blindness Is a Constant Reminder of the Brutality We Have Faced’

Quoting official figures, the 2018 report on human rights abuses released by the US Department of the State had mentioned that the weapon had killed at least 17 persons in Kashmir between July 2016 and August 2017. While addressing the Legislative Assembly in 2018, former chief minister Mehbooba Mufti proclaimed that pellet guns had injured 6,221 people in Kashmir between July 2016 and February 2017.

The human rights groups like Amnesty International and Human Rights Watch have called for a ban on pellet guns in Kashmir but its use by security forces continues unabated on the ground. 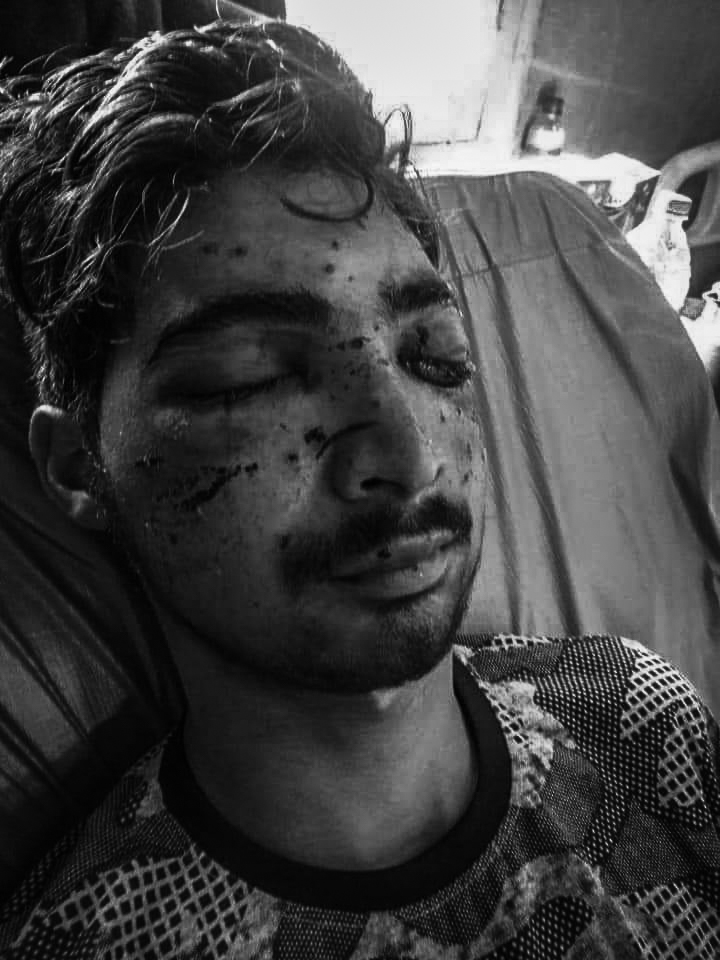 The latest victim of pellets

Lying in bed with a pellet-riddled face, 14-year-old Asif Ahmad Parray is unable to perform his daily activities. The pellets have disfigured his face. He is the latest victim of shotguns.

Asif’s family said that, on May 16, as he was walking back home security forces fired pellets at him from a short range near an encounter site at Hendew, Shopiana, a district in South Kashmir.

The pellets deeply pierced both the eyes of Asif. He was referred to Srinagar for treatment.

After an examination, the doctors informed the family that Asif’s one eye, which is completely damaged, would be removed while the other may regain partial vision.

Apart from Jammu and Kashmir People’s movement leader Shehla Rashid, scores of other social media pages and individuals posted about Asif on their accounts and requested people to help the troubled family.

Asif’s father, 60-year-old Zahoor Ahmad Parray, who was detained a month ago on charges of stone-pelting, was released on May 21.