Nihaan was excited about accompanying his father and uncle to town. Within hours, he became another victim of the never-ending violence in J&K. 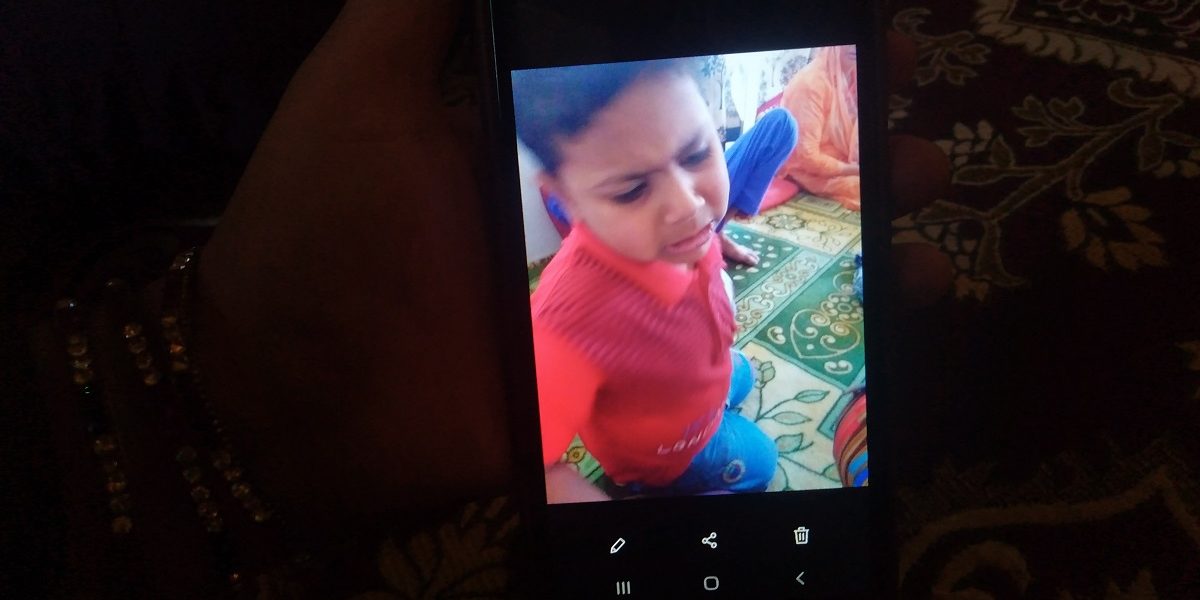 The last photo of Nihaan, taken by his sister on the morning of his death. Photo: Quratulain Rehbar

Srinagar: On June 25, a family from Machwa Yaripora village in Kulgam, Kashmir, was preparing dinner when Nihaan, their four-year-old son, came to the kitchen and started kicking and hitting the cabinet doors for no discernable reason.

“We tried to calm him, but he wouldn’t stop. He very rarely behaved like this,” said Fiza Jan, Nihaan’s sister.

That night, Nihaan went to bed without eating, Jan said. The next morning, when Nihaan awoke, he asked his sister to dress him in his best because he planned to go with his father, Bhat, to Bijbehara in Anantnag. Bhat is a government teacher and had some work there.

First, Nihaan chose a yellow outfit. But Jan suggested that he wear red instead, since the colour suited him. “I took his picture and showed him how good he was looking and he was happy,” she said.

Nihaan waved goodbye to his mother and two sisters. He said he would never annoy them again with the kind of behaviour he had displayed the night before. “He said, ‘Behiv khudayas hawal (take care)’,” Jan recalls.

Then Nihaan got into the car with his father and uncle, Nisar Ahmad, and they left for Bijbehara. Ahmad was at the wheel.

At 12 pm, they got to Bijbehara. Bhat got out of the car and told Ahmad and Nihaan to remain there since he would be back soon.

Soon after, Nihaan told his uncle that he wanted to sleep. He had just begun to lay his head down to rest on the car seat when heavy firing broke out, said Ahmad, who had parked near a bunker.

According to the police, suspected militants had fired at a security force party at around 12:15 pm, killing one person from the CRPF.

“I tried to start the car and speed off,” Ahmad said. “But after a few seconds, I realised something was wrong. I looked at Nihaan. He was lying in a pool of blood with his mouth open. He had vomited.”

Ahmad panicked and rushed to a hospital one kilometre from the bunker, but Nihaan was already dead. A bullet had entered his body close to his heart.

The police said Nihaan was also killed in the firing by the militant. 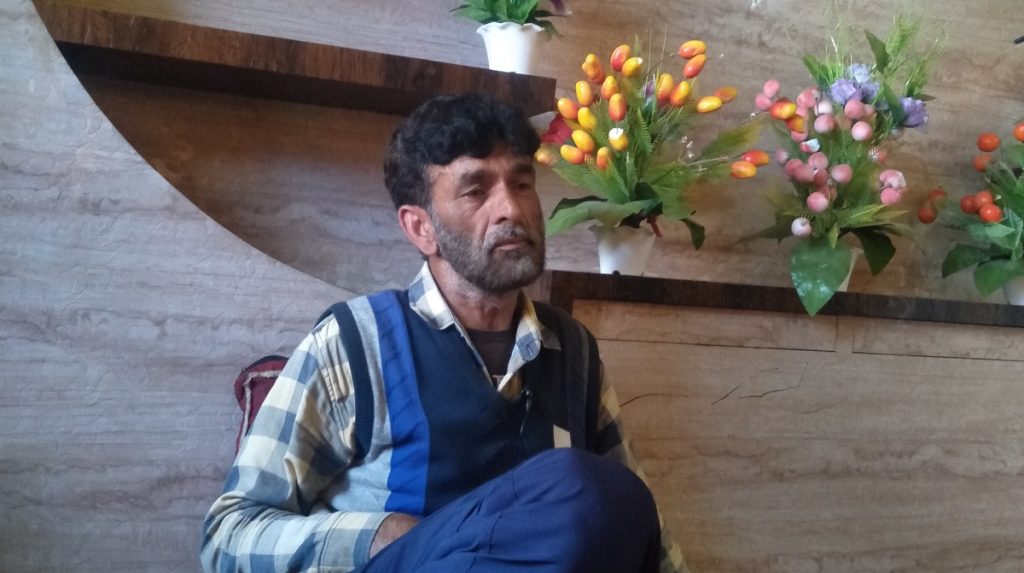 Nihaan’s parents had wanted a son for years. “We used to visit holy places and pray for a son. We never imagined he would be snatched away from us like this,” they said.

Nihaan’s death sent his family into shock. The death of minor in a crossfire situation outraged Kashmiris, who vented their anger on social media.

For families who have lost children the way Nihaan’s family lost him, life is hell, said Jan. “This conflict is never-ending. It killed my brother for no reason,” she cried. “Who do we ask for justice? Who is listening to us?”

In Kashmir, when civilians become casualties in a crossfire situation, their identities are often misrepresented.

As soon as Nihaan was declared dead, a number of television news channels, his parents claim, identified him as a stone-pelter. “My son was not even old enough to go to school. How could he be a stone-pelter?” asked his father.

The media also reported Nihaan’s age as nine. “They should at least have crosschecked the information,” said Nihaan’s father. 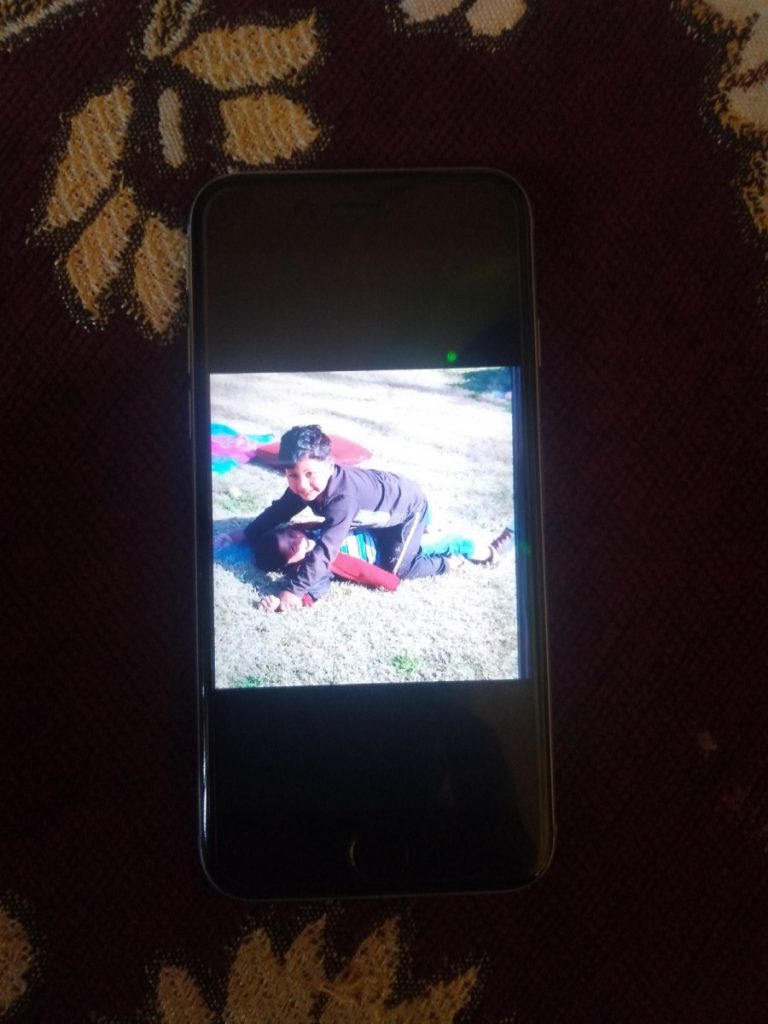 A photo of Nihan playing with his cousin. Photo: Quratulain Rehbar

In cases like this, there is usually no proper investigation and the families almost never get justice. In fact, the families of civilians killed in cross-firing usually do not even approach the courts, said Habeel Iqbal, a lawyer from South Kashmir. They dejectedly accept these killings as ‘collateral damage.’

“Perhaps this has to do with the fact that courts in Kashmir have usually failed to respond to allegations of human rights excesses,” said Iqbal. “So people avoid legal wrangles.”

On June 26, the police tweeted their statement on Nihaan’s death:

#Terrorists fired upon CRPF party at #Bijbehara #Anantnag resulting in death of a #minor #boy and a CRPF personnel . Area cordoned off. Case registered. @JmuKmrPolice

The same evening, the police the terrorist responsible for the deaths of Nihaan and the CRPF jawan had been identified.

#Police has identified #killer of minor boy and CRPF personnel. Zahid Daas , a #terrorist of JKIS outfit, is found to be involved in today’s attack at #Bijbehara. Police has registered FIR against him by name. @JmuKmrPolice pic.twitter.com/qNRn2qSaDn

There should be no scope for civilian casualties

Khurram Parvaiz, a human rights activist, said that the deployment of security forces is usually in areas where there is a civilian rush, like markets. “If there is an attack, there are bound to be civilian casualties. These deaths are termed ‘unfortunate’, but there should be no scope for such ‘collateral damage’.”

In a region where civilians and security forces exist with a strong sense of mutual distrust, many families of slain civilians find themselves having to protect the reputations of their dead.

For instance, Khalid Ahmad Dar was killed when security forces fired on protesters in Khudwani this January. While the forces said he was one of the protesters, his father, Abdul Salam Dar, said his son had never taken part in any stone-pelting protests. The day he was killed, Dar had been on his way to college to submit a form, the father said.

According to the 2019 annual report of the Jammu and Kashmir Coalition of Civil Society, 80 civilians were killed during the year.