To effectively rehabilitate former militants, the government should consider a sustainable and legally clear policy that is headlined on the power of youth for change. 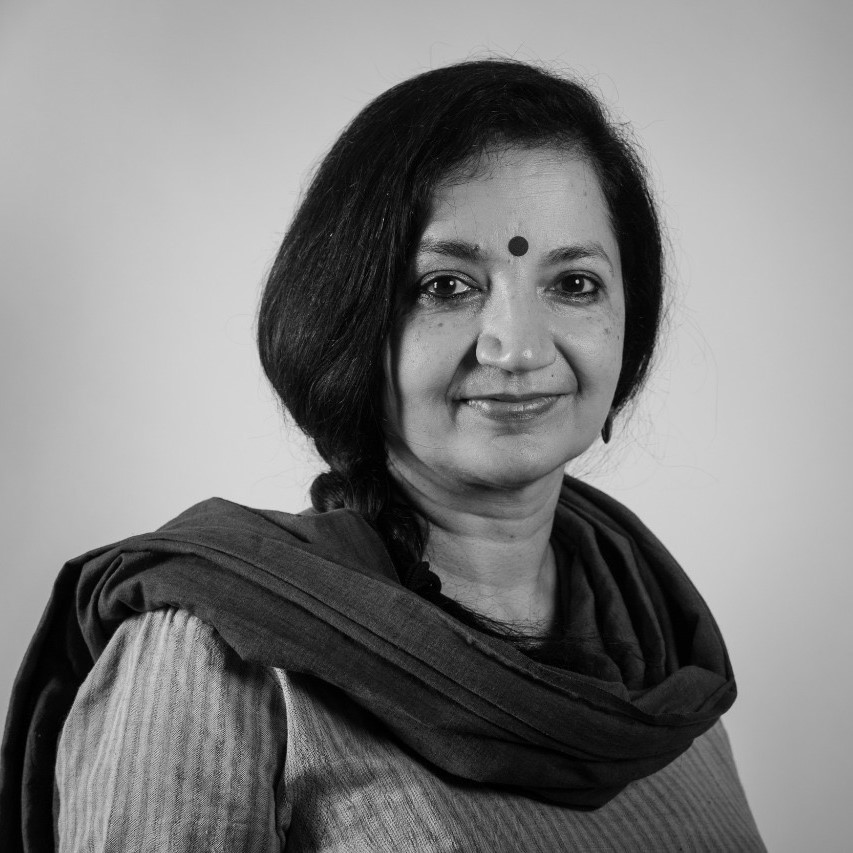 It is called the ‘New Age Militancy’. Youth who are younger than 20 years of age, indifferent to their parents’ pleas, are joining militant groups, only to be killed a few weeks later. Like Faizan Bhat of Tral who was all of 15, and remained a militant for two months before becoming a casualty statistic. More recently, it was Faid Mushtaq Waza of Khanyar who was 18 and was last seen on social media posing with a gun. This shift in militancy patterns has disastrous consequences for everyone, barring the militants’ leadership and their backers.

For Kashmiris, it’s yet another indication of the failure of the state. To the security forces, it means a compounded threat, since the youth are so much more willing to die for a cause they barely understand. For the jihadis, the death of a young militant is a cause for celebration. That means that a brother, father or a group of friends are likely to join before they too are killed. For the government, however, it can be both a problem and an opportunity. A problem, because tired old rehabilitation policies being regurgitated by police officials have little meaning to idealistic youth; opportunity, because imaginative measures have the potential to significantly change the situation, provided there is a willingness to learn lessons from the past.

The very first surrender policy announced on Independence Day in 1995 was under the Governor, General (retd) K.V. Krishna Rao’s administration. This virtually replicated the policies introduced earlier for Naxalites, with a one-time fixed deposit of Rs 1.5 lakh, a monthly stipend of Rs 1,800, and some vocational training. Some 2,229 militants surrendered under this first policy indicating a desire to change. However, accounts of that period indicate that promised incentives remained undelivered. For instance, banks refused to back a plan to provide loans to finance small businesses. Promised training suffered due to poor facilities and lackadaisical funding. A rehabilitation council provided minimal funds for widows or children of militants, not the ex-militants themselves.

Eventually, the programme ran aground, as interest tilted in favour of a quiet initiative which armed former militants – called the Ikhwanis – who took on the well-trained Hizbul Mujahideen. The Ikhwani project undoubtedly beat down militancy and led to elections in 1996, but at a cost. Emboldened by (un)official recognition and patronage, a section of the Ikhwanis soon turned to extortion and violence on their own account. By the end of that decade, both the surrendered militants and the Ikhwanis found themselves targeted by former militant allies, a new and hostile political dispensation, and a corrupt police that refused to dismiss even minor cases against them as promised. 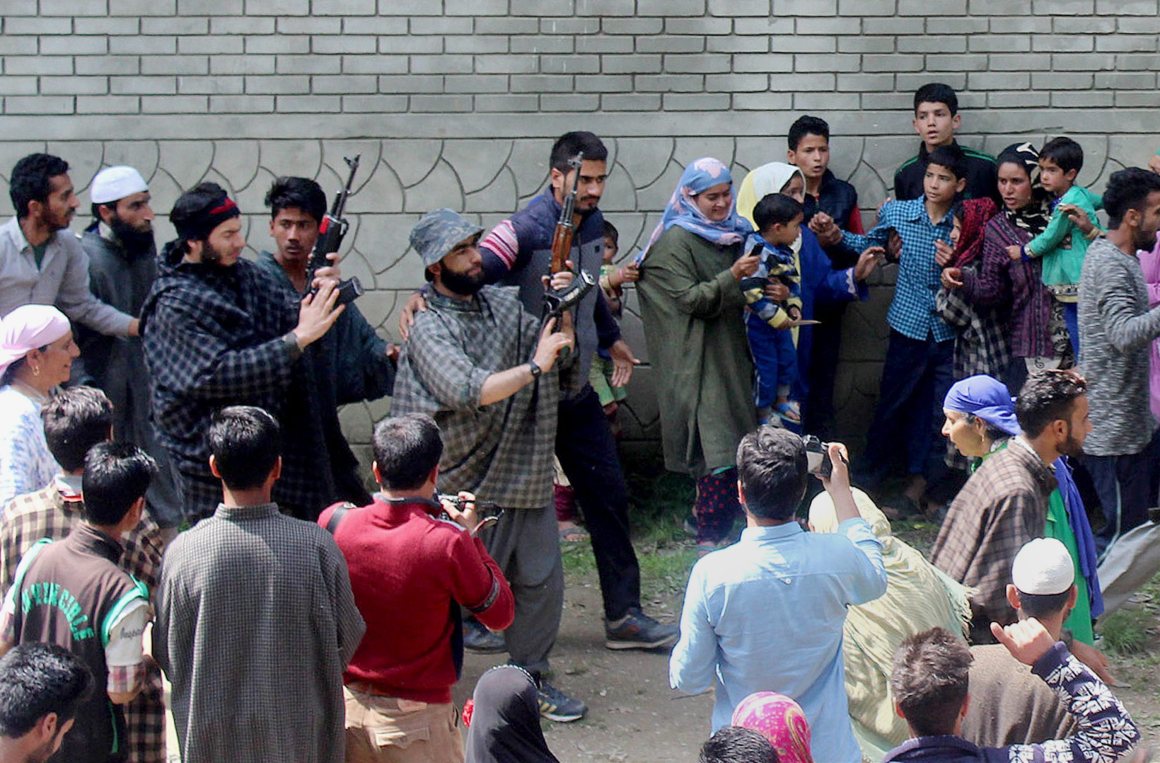 Suspected militants brandish their guns and shout slogans at the funeral of a slain colleague, killed in a shootout with the police, at Qoimoh in Kulgam district of South Kashmir. Credit: PTI

A fresh attempt at a Rehabilitation Policy was made in 2004 during the time of Prime Minister Atal Bihari Vajpayee and his call for “insaniyat” as part of a larger reach out to Pakistan. Apart from increasing the stipend marginally, the policy remained largely the same. Only about 425 militants opted for the programme. Interviews indicate that loans tied to vocational training were only obtainable through “assistance” from political influentials. The same applied to placement in semi-government jobs (like special police officers). There was little awareness about the details of the policy and who was to implement it.

The third surrender policy emerged in 2010 as part of the Manmohan Singh government’s focus on Kashmir, and the setting up of  Five Working Groups in this regard. One outcome of this was a rehabilitation policy aimed at those Kashmiris who had gone to Pakistan-occupied Kashmir for training between 1989-2009. The new policy required parents or close relatives of the militant to file a request for surrender to the district superintendent of police on behalf of prospective returnees. After scrutiny by the local police, it was forwarded to the state CID, who, after consultation with intelligence agencies, forwarded it to a committee that included senior officials from the state and the Centre.

Several points along the border were identified for militants to cross over. However, none came via this route, instead preferring to pay touts and travel agents to come through Nepal. Entire families moved this way, only to find themselves at the centre of controversy and discord. Central and state agencies were at loggerheads as to how militants could be allowed to return through a third country. Once in Kashmir, they were refused identity cards, and worse, denied access to the “official” surrender policy. As of date, there are some 28,000 registered former militants and their families living in poverty. Many act as ‘overground workers’ for militants, and remain at the beck and call of the local police.

Commonalities of these policies

As can be seen, some success was achieved during limited periods when the state government and the Centre were on the same page usually in pursuit of a larger Pakistan-related policy. However, onerous paperwork, corruption and layers of security clearances stymied even those programmes that started well, leading to delay and disillusionment. A common factor was low transparency in terms of what was being offered, and to whom. Consequently, the whole exercise was at the mercy of political elites who used it for their own ends. In addition, a ‘stop-start’ element to funding meant that surrendered militants suddenly found themselves without a soul. And finally, the humiliation of being labelled a ‘surrenderee’ was counterproductive to an effort at peaceful resettlement. In the end, the exercise wound up as ‘photo opportunities’ for senior officials, eroding the already low-level of confidence in both state and Central governments.

Into the future brightly

It would be useful therefore if, first, a new policy takes off based on entirely different language. Instead of a loaded term like surrender, the government should consider a policy that is headlined on the power of youth for change.

Second, embed the programme in one that benefits the youth in the state as a whole. Too often, young people have resented the fact that there were no rewards for those who refused to take up the gun. Programmes like ‘Udaan’, which encouraged business houses to hire from within the state, have to be examined to see why they failed.

Third, provide clear eligibility guidelines for such a programme, and who is going to implement it. This will at least reduce room for corruptive elements.

Fourth, the signature of the government on the programme should be minimal. Instead, experienced NGOs and youth organisations need to be provided with requisite funding and quiet political backing.

Fifth, the programme needs legal clarity and infrastructure. For instance, the J&K Juvenile Justice (Care and Protection of Children) Act 2013 has all the necessary provisions, but the required juvenile justice boards and juvenile homes are yet to be set up.

Sixth, the programme needs to be carried through for at least five years or more to enable it to gather momentum. A Central body could be set up to not only monitor the programme but also bring together skills from other ongoing programmes in the North East and Naxal areas. There are enough experts within the country. The trick is to put them together in a room.

Finally, it is unnecessary to link the programme to Pakistan’s reducing infiltration. Earlier programmes were undertaken when the total militants on the ground were over 3,500. As of now, there are less than 200. Don’t make Islamabad an excuse to delay.

The key to Kashmir, and indeed for any insurgency, has always been the support of the local population. This time, the target group that has to be wooed and the realities of mass media means that the government needs to ‘market’ its product efficiently. The state has really nothing to lose. What it can gain, if handled right, is immense goodwill from parents of these vulnerable youth drawn into violence; Parents, who incidentally also happen to be voters.

Tara Kartha was Director, National Security Council Secretariat. She is now a Distinguished Fellow at IPCS.