Many workers are unwilling to speak either about the Centre's August 5 decision or recent attacks by militants on non-locals. 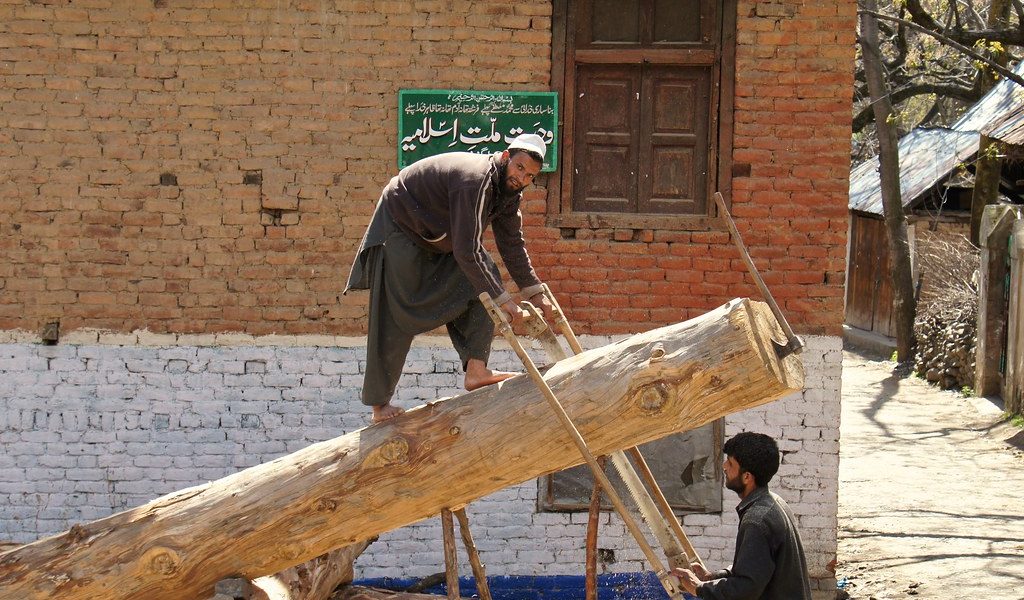 Many of Ali’s colleagues and associates from states like UP, Bihar, Orissa and Uttarakhand, who worked in different parts of Kashmir as woodcarvers, plumbers and painters, left the valley in the weeks after August 5. He, however, preferred to stay back with his family in Budgam.

Even after the recent attacks on drivers and migrant labourers by suspected militants in south Kashmir, Ali didn’t feel threatened. “I didn’t feel any hostility and the people in Budgam have been nice to me,” says Ali. “Because of the shutdown, I haven’t earned as much as I usually do. I did get some work from September onwards to earn enough for my family and pay the rent here,” he says.

Ali first arrived in Kashmir as a 21-year-old in 2007. After working as an apprentice for a few years, learning wood carving and wood panelling, he began to find work on his own, installing interior woodwork in newly constructed houses. A few years ago, he established his own wood carving workshop in Budgam. He began employing other migrant workers from UP and other states who had some expertise in the craft.

After getting married in 2011, his wife also came to the Valley. She liked the weather and the people. They decided to live together in the Valley. The couple rented a few rooms in Budgam and their children – two sons and a daughter – now go to a local school in Budgam.

Also Read: ‘I Pretended to Be Dead’: Lone Survivor of Attack on Bengal Labourers in Kashmir

Ali says he understands and respects the anger and the voluntary shutdown observed since August 5 by the people in Kashmir after the Centre diluted Article 370, revoked Jammu and Kashmir’s special status and divided the state into two Union Territories. Like other people in the district, he was also affected by the shutdown and the restrictions imposed on communication and movement. He found less work, but enough to sustain his family. He also observes the shutdown by keeping his workshop closed, only opening it for a few hours in the morning like other shopkeepers in Budgam.

“Yae galat faisla tha (It was a wrong decision),” he says about the dilution of Article 370 by the BJP government in New Delhi. “Ye faisla lanay say pehlay sochna chahiye tha sarkar ko. Kya faida hua (They should have thought before taking this decision).”

Ali knew 15-20 migrant workers who earned their livelihood by working in different parts of Budgam district – from installing wood panels or as painters and other jobs. He says about half of them left the Valley in the weeks after the August 5 decision.

“They didn’t find much work after the shutdown continued. Only a few like me stayed behind,” says Ali, adding that all those who stayed back in the district were not troubled by anyone.

The non-local workers who left the Valley started calling Ali when some phone lines were restored. He would tell them that he hasn’t been troubled and that they can also return in the future. They would ask him in return when the situation in the Valley will improve. Though he didn’t have any clear answers for them, he did not discourage them from returning.

“After postpaid phones started working, I talked to some of the workers who left. They want to come back, maybe after the winter. All their work is based in Kashmir,” he says. “They haven’t left Kashmir forever.” 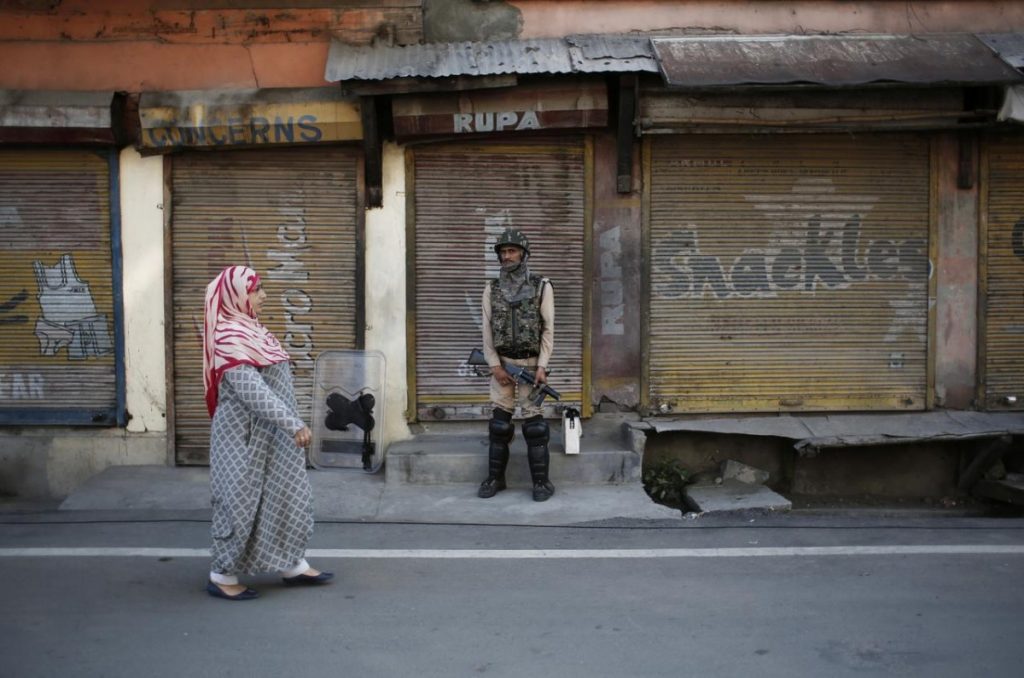 Shops have remained shut in Srinagar after the August 5 decision. Photo: REUTERS/Adnan Abidi/File

Many migrant workers reluctant to speak

Close to a tea shop in a market area in the outskirts of Srinagar city, Ramesh Kumar (name changed), who is from Bihar, runs a small street food stall. He opens it in the early hours of the morning, before the market shuts down for the rest of the day. He’s reluctant to talk about how the shutdown and the recent killings of migrant labourers in South Kashmir and what impact the two developments have had on migrant workers like him. He also does not want to talk about the possibility of returning to Bihar.

“If we don’t work here, who will feed our families,” says Kumar who lives with his family and children in a rented room in Srinagar. He came to Kashmir almost two decades ago. After working as a labourer for several years, he bought a handcart to set up the street food stall in the market area.

Another migrant worker from Orissa, standing next to the food cart, says he has been living in the Valley for the past 28 years. He has worked as a plumber over the years and earned enough to support his family. He says he hasn’t witnessed such bad times in all his time in the Valley.

“I’ve lived and found work here even during the 90s period, when the situation was bad,” he says. “But now it looks different and we aren’t finding much work after the August 5 decision. The shutdown also doesn’t look like it will end anytime soon.”

“Everything is shut and all the people here are disturbed,” he says. “Sab kuch theek nahin hai (The situation is not normal here).”

When asked if he feels threatened because of the recent killings of migrant labourers in South Kashmir, he walks away before saying, “Is baray mai baat nahin karna hai (I don’t want to talk about that).”

Another worker from Bihar, sitting outside a tea shop, says there’s nothing left to say. But he offers a comment before walking away. “Roz subha uthkay BJP ko gali deta hun pehlay (I curse the BJP first thing after waking up in the morning),” he says, eliciting a smile from a few men, including auto-rickshaw drivers who are having their morning tea. “Sab bigaad diya yahan (They’ve ruined everything here).”

Across the street, another tea shop which was run for more than a decade by a man from Orissa remains shut for more than two months now. When the markets shut down in the weeks after August 5, he closed his shop and left for his home. He hasn’t returned since. His phone number, mentioned on the shop’s board, is switched off.