Euro MPs In, Indian MPs Out – and Democracy Down the Drain in Kashmir

What kind of state bans the free movement of opposition politicians while taking specially selected invitees on a Potemkin tour? Only an authoritarian one. 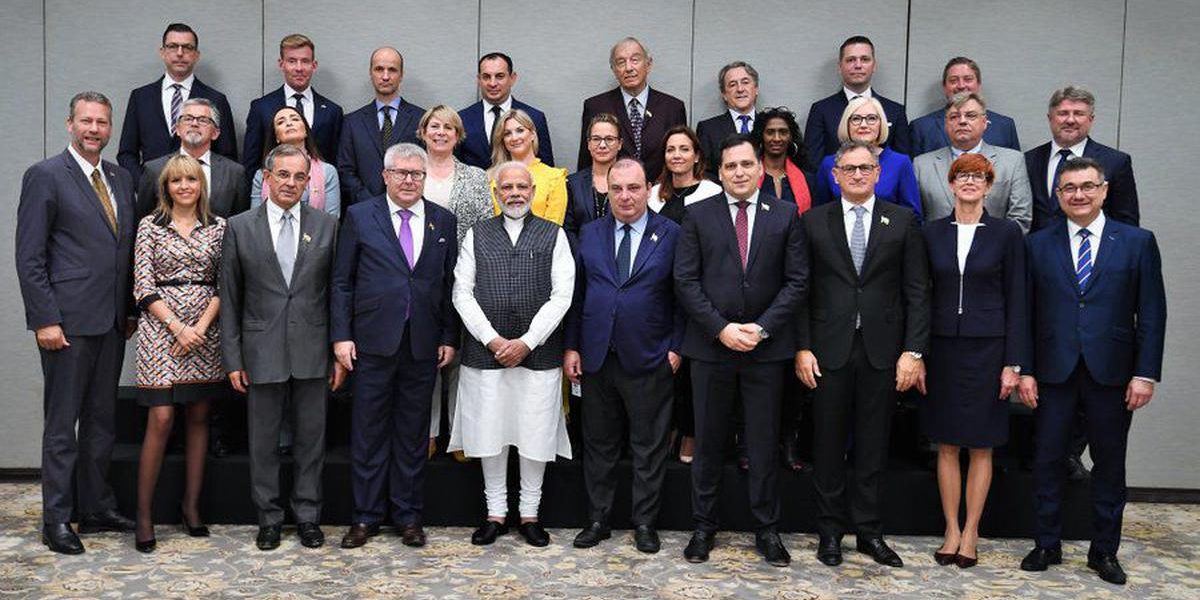 National Security Advisor Ajit Doval’s hare-brained scheme of getting 20-plus far-right Members of the European Parliament to make a “private visit” to Kashmir is a horrendous self-goal that not only shows India and Indian democracy in bad light but will also end up making the country more enemies than friends.

As propaganda moves go, this week’s conducted tour is at a very high level of stupid. This is because even if the junket is a success and the MEPs praise the Modi government’s policies in Kashmir – as some of them appear to have done at a rigged “press conference” in Srinagar from which Kashmiri journalists were excluded – the fact that most of them are seen in their own societies as xenophobic politicians with scant regard for human rights is not exactly the kind of messaging that gels with a feel good, Incredible India campaign.

These are politicians who represent parties that are seen as racist or xenophobic. Now, these parties may share the Islamophobia of the BJP and RSS but even if you are a Hindutva supporter, trust me, you don’t want these guys on your side. European hatred against minorities can take on terrible forms, and I’m not talking about the Nazis – with whom even the European media compares some of the right-wing political strains currently on the rise in the continent. Anyone remember the “manifesto” released by the xenophobic Anders Breivik who killed dozens of people in Oslo, Norway in 2011, and how he pledged his support “to the nationalists in the Indian civil war and in the deportation of all Muslims from India”?

But I’m getting ahead of the story here, because we need to be clear, at the outset just how foolish this propaganda tour really is.

Also Read: European Delegates May Endorse Govt on Kashmir, But Will it Really Help?

I’m not talking about the misplaced complaint some people have made that Prime Minister Narendra Modi and NSA Doval are “internationalising” Kashmir. There is no contradiction between insisting Kashmir is India’s internal problem and allowing or even encouraging foreign legislators, journalists and researchers to visit Kashmir. India is meant to be a democracy and democracies have no reason to hide an entire state – or union territory – from the eyes of the world. So I think it’s great that MEPs have gone to Kashmir. I only wish the Modi government would also allow foreign diplomats and foreign journalists to go there and meet whomever they want, unlike the MEPs.

Opposition out, MEPs in

The bigger issue is that this willingness to take Euro MPs to Kashmir comes at a time when opposition leaders and some civil society activists like Yashwant Sinha and Sandeep Pandey have been detained by the authorities at Srinagar airport and sent back to Delhi on the next flight out. The Congress’s Ghulam Nabi Azad – himself a former chief minister of Jammu and Kashmir – had to petition the Supreme Court for permission to visit the Valley. CPI(M) general secretary Sitaram Yechury had to do the same.

What is astonishing is that the bench led by Chief Justice Ranjan Gogoi, instead of ruling against these absurd restrictions, imposed some more of its own! The judges told Yechury that he was being allowed to visit Srinagar only to meet his ailing party comrade, Yusuf Tarigami, and that if he did anything else while there (presumably, like meeting ordinary Kashmiris or speaking to reporters), he would be in breach of court orders:

“On due consideration, we permit the petitioner to travel to Jammu & Kashmir for the aforesaid purpose and for no other purpose. We make it clear that if the petitioner is found to be indulging in any other act, omission or commission save and except what has been indicated above i.e. to meet his friend and colleague party member and to enquire about his welfare and health condition, it will be construed to be a violation of this Court’s order.”

So Indian MPs and opposition leaders cannot visit Srinagar except with the Supreme Court’s permission and even then are told they cannot interact with local people. Yet the government has no problem allowing a delegation of European MPs to visit the Valley! 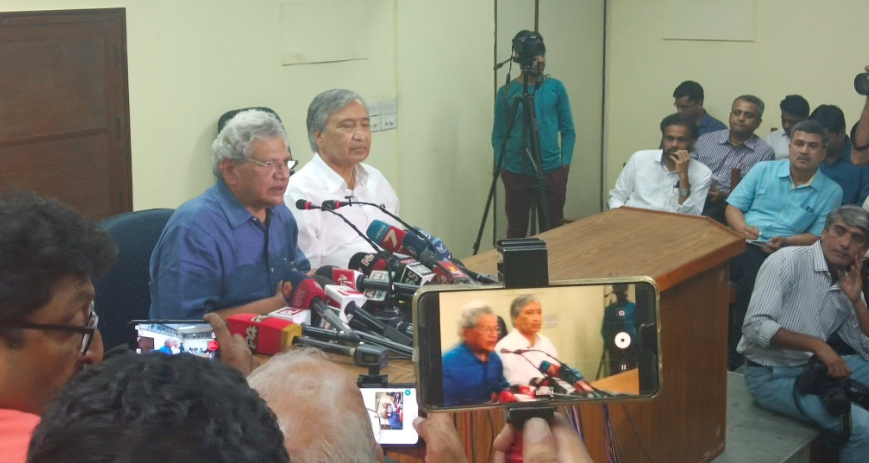 Something doesn’t quite add up, so what’s going on here? Clearly, the PMO – specifically NSA Ajit Doval, who fancies himself as an ace intelligence man – thought they could counter some of the adverse international press their Kashmir policy has rightly generated by selling the pup of “normalcy” to a group of respectable sounding foreigners specially selected for the junket because they might be predisposed to buying the story that “Islamist terror” is the problem in Kashmir and not the denial of fundamental rights by the government.

So they reach out to a Brussels-based think-tank called WESTT – Women’s Economic and Social Think Tank – run by an Indian-origin British businesswoman called Madi Sharma. I imagine Doval & Co have dealt with Sharma before. On October 7, she invites select MEPs to travel to Delhi and Kashmir – at the expense of a Delhi-based NGO. This is an extract of the letter she wrote to one MEP, Chris Davies of the UK Liberal Democrats:

“I am organising a prestigious VIP meeting with the Prime Minister of India, His Excellency Narendra Modi and it is my privilege to offer this invitation to you.

“As you will be aware, Prime Minister Modi had a landslide victory in the recent elections in India and is planning to continue on his path of growth and development for India the country and its people.

“In that respect, he would like to meet influential decision makers from the European Union. I am therefore inquiring if you would be interested to visit Delhi, India, to meet with the Prime Minister. The meeting with the Prime Minister is scheduled for 28th October, with a visit to Kashmir on 29th and a press conference on 30th.

“The visit will be of a small group of cross party, pan European politicians on a three-day visit (flight and accommodations will be covered and are sponsored by the International Institute for Non-Aligned Studies). Your participation will be as our VIP guest and not in an official capacity as a delegation of Members of the European Parliament.”

Davies smelt a rat. He told The Wire‘s Devirupa Mitra that he had never heard of the organisers and shared the reply he sent the very next day:

“Thank you for your invitation, I am happy to accept, on the condition that during my time in Kashmir I shall be free or go wherever I wish, and talk to whoever I wish, unaccompanied by military, police or security forces, but accompanied by journalists and television crews.

“Please provide this absolute guarantee in writing, and let us then discuss the timings of the visit.”

Now it was Madi Sharma’s turn to baulk. She initially agreed to meet with him to “discuss the visit further” but two days later, wrote to him saying:

“I apologise that I cannot take any more MEPs at this stage… When I return from India I will arrange a suitable time to pass by your offices in the hope that we can arrange a future visit.”

Also Read: MEP Dropped From Visit Says it Is ‘Affront to Democracy’ that Indian MPs Are Barred from Kashmir

Clearly, the last thing the hidden hands behind this junket wanted was for any of these VIP invitees to have unscripted encounters with Kashmiris who have not been screened. So Davies was dropped. 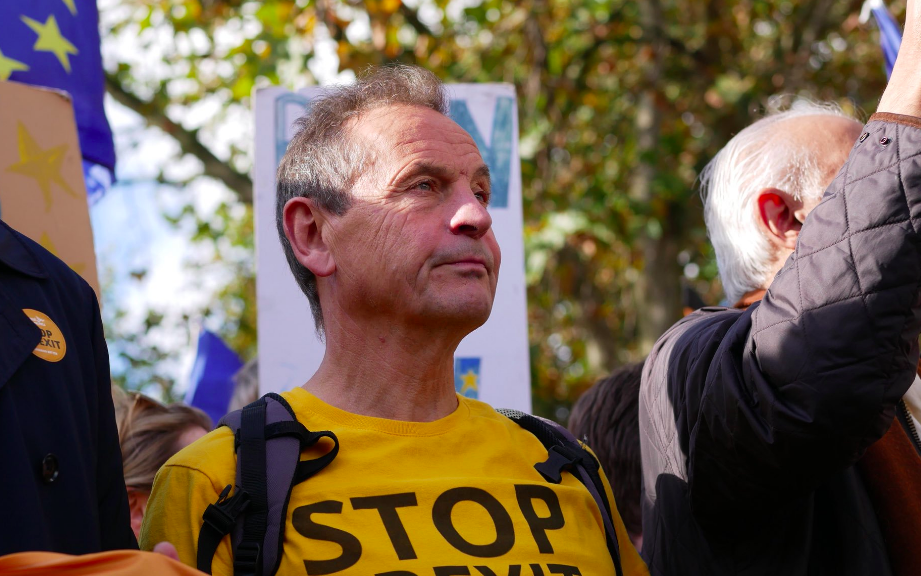 Chris Davies has said he is unlikely to be part of the Modi government’s PR stunt regarding Kashmir. Photo: Twitter/@ChrisDaviesLD

Finally, Sharma brought a delegation of 27 MEPs to Delhi. They met Modi, were given lunch by Doval and, I believe, dinner by external affairs Minister S. Jaishankar. On Tuesday, they were in Srinagar, or rather a Potemkin Village they will be told is Srinagar. The Wire’s questions to Madi Sharma about how she got involved in the trip and her connection to the International Institute of Nonaligned Studies (whose website, under its “Activities” tab, shows no event since 1998) have gone unanswered. The IINS has also proved unresponsive to media queries.

What Modi and Doval don’t realise is that democracies don’t do conducted tours. They allow folks to travel as they please, to see and hear things as they please – and this applies both to their own people and to foreigners. 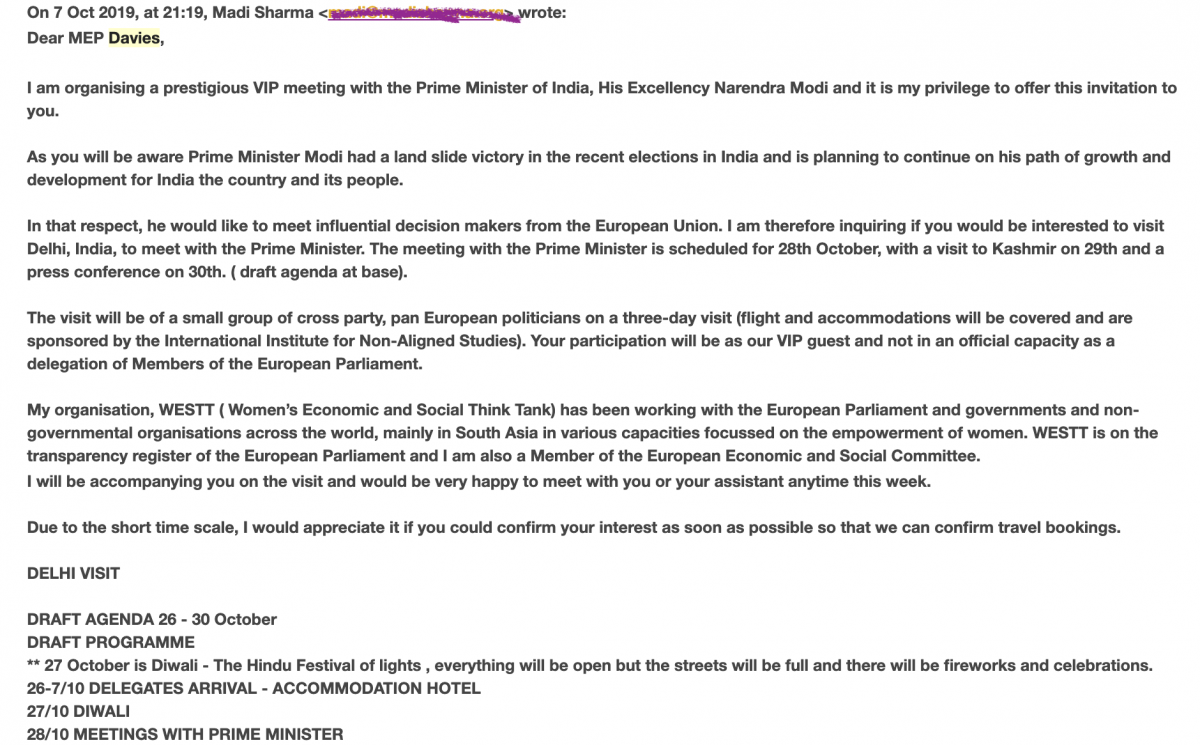 The best way to get the world to start saying that things in Kashmir are normal is by actually letting things in Kashmir get back to normal – for example, by turning on the internet, letting people travel and communicate, releasing all political prisoners, allowing political parties and their leaders to function the way they are meant to in a real democracy.

But no, the government won’t do any of that. They will release political leaders only if they sign a bond in which they commit never to speak about the current situation in Kashmir for a whole year. Is this what things getting to normal looks like?

I will let the British MEP who was dropped from this trip, Chris Davies, have the last word: “I only heard today that Indian MPs are not being allowed to visit Kashmir,” he told The Wire. “If this is the case it is an outrageous affront to democracy and I am deeply disappointed. India is a great country and we expect better from its government.”

Ordinary Kashmiris have been saying this from day one. But now that a European MP has also said it – and we know how important they are – can Modiji please pay heed?